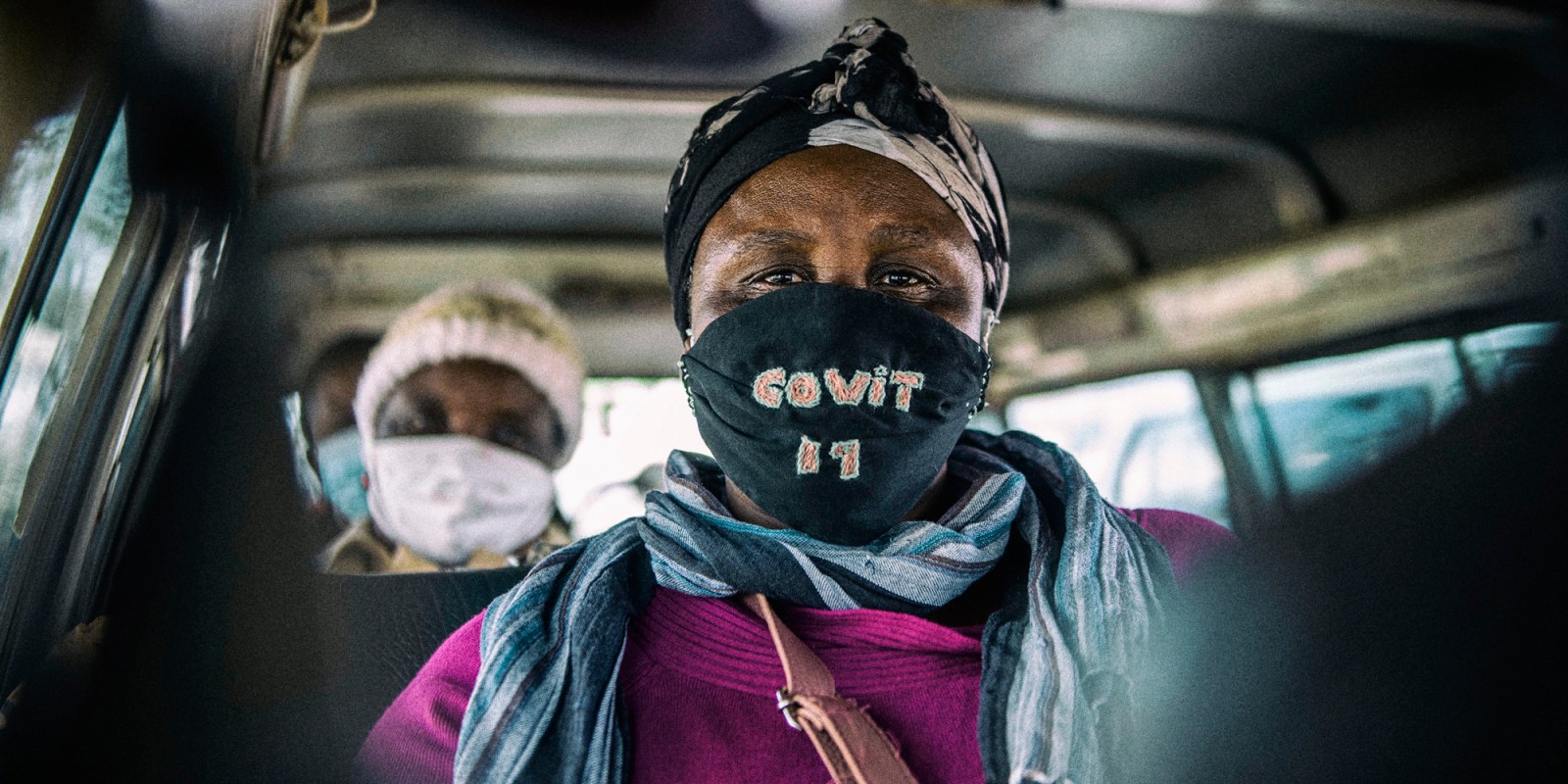 Commuters with masks in a taxi on May 12, 2020 in Tshwane, South Africa. (Photo: Gallo Images/Alet Pretorius)

This is a summary of the trending, highest impact, and most active themes and their narratives related to social cohesion and division in South African public-domain social media conversations on 29 June 2020.

The impact of the Covid-19 pandemic trended among the top 10 topics of discussion yesterday. “Cape Town” also trended as mentions of the CTICC field hospital increased. The enforcement of lockdown laws around public transport is a growing narrative.

As the number of Covid-19 cases in South Africa increases daily, many Twitter users are starting to fully appreciate the gravity of the catastrophic pandemic.

@ramichuene tweeted on Monday: “The statistics always had names. It’s getting ‘real’ to you now because the statistics are now names you know, names of people you love. It has always been real since the beginning. Be safe, take care❤️”. The tweet was liked over 2,400 times and was retweeted 539 times by this morning.

@fanamokoena advised people who lived in Soweto, or who had relatives there, to take extra care: “There was never a lockdown there. Now is the time.” The tweet was liked 740 times and retweeted 350 times. A post by @Onthatile_ included a photo of a crowded street and claimed: “SA government has failed to limit the spread of Covid-19.” This was retweeted 1,100 times and received over 1,800 likes.

Posts highlighting the use of treatment facilities also drove volume on Monday.

@RMalikaP shared a picture of “CTICC Temporary Hospital” with many beds occupied by patients. The caption: “Stay Home! Kubi in Cape Town… 🥴Gauteng is next!” The tweet was retweeted over 2,800 times and received over 2,700 likes. Some responders believed the information to be false and commented, “Fake news” and “Propaganda images”. 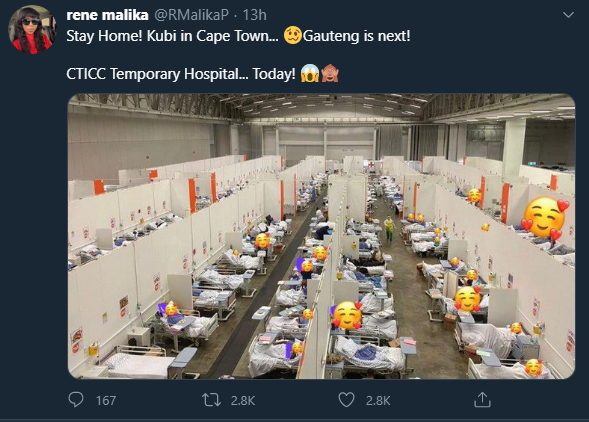 @Oliver_Speaking posted a thread noting that the taxi industry carried a disproportionate load of the public transport system, but did so without government assistance or funding – this was retweeted 1,600 times and liked over 2,300 times.

Transport Minister Fikile Mbalula said in a national television broadcast that, unlike taxis, airliners have air filters that filter out virus particles, and airlines are therefore being regulated differently to taxis. 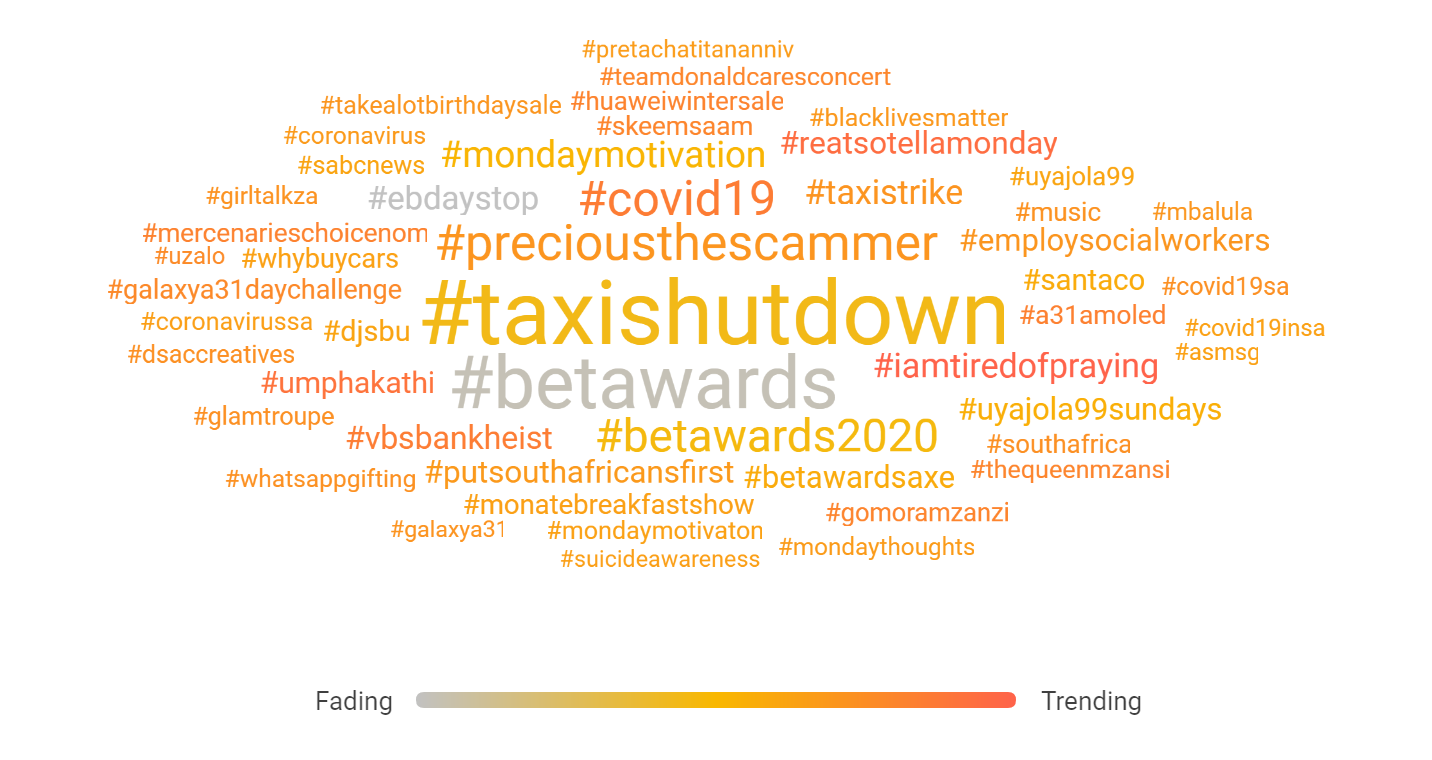 The EFF’s @FloydShivambu shared a video of the press conference on Twitter, exclaiming: “Hebanna! This explanation on how airplanes compress coronavirus is not scientifically accurate. How did Covid-19 get to SA & spread all over the world? The minister must perhaps give details. This doesn’t justify Taxis’ non compliance with regulations though. #ItWillEndInTears!” The tweet was liked over 1,200 times and retweeted over 640 times. 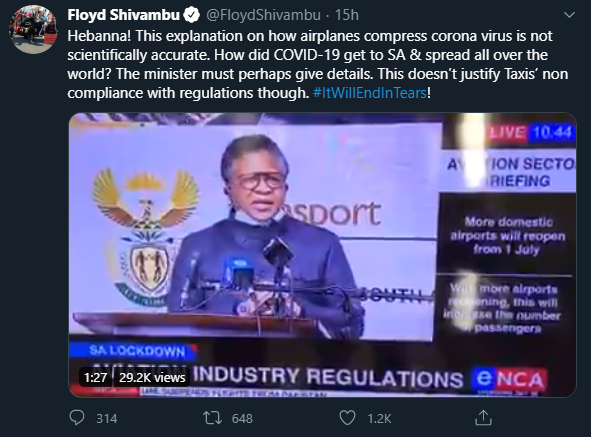 CABC FACT CHECK: While modern airliners do filter the cabin air before recycling it back into the cabin, this will not prevent direct person-to-person transmission of the coronavirus between passengers sitting next to each other, if one is infected. It will also not prevent viral contamination of surfaces inside the aircraft by unmasked infected passengers, and other passengers may touch these surfaces and transfer the virus to their mouths while eating, drinking or touching their faces.

Five-year-old accounts of racism at schools resurfaced on Monday, sparking a conversation that trended well into the night.

In February 2015 eNCA covered a story about discriminatory practices at a Curro school in Roodeplaat. This old video was posted by @Yolanda12000 on Monday, with a tweet: “Curro??? This is the weirdest thing ive ever heard. I know racism is real but this ??? WHAT THE HELL????”. The post has been retweeted more than 6,000 times and sparked fresh complaints of racism against the school.

The video explained that the school separated learners according to race to attract more white learners, thereby promoting multi-racialism. Curro’s Andre Pollard said the school had received complaints from white parents that they were “too much of a black school”. To avoid losing white learners, the school kept the white children together in one class. While @Yolanda12000 portrays the video as recent news, it must be noted that the school had addressed the issue in 2015.

Commenting on the dated post from 2015, @populistmorons responded, “I think this moron was fired after this. I know Roodeplaat Curro were found guilty of racism.”

Responding to the post, @Tsholo_phooko commented that he was concerned that adults did not understand the country’s demographic composition.

@MhlangaFortune, tweeted. “I have always told my friends that non essential racism is when a White person calls us names, the real racism is when u don’t get equal opportunities because u are black.” This comment was retweeted 27 times and received 251 likes. 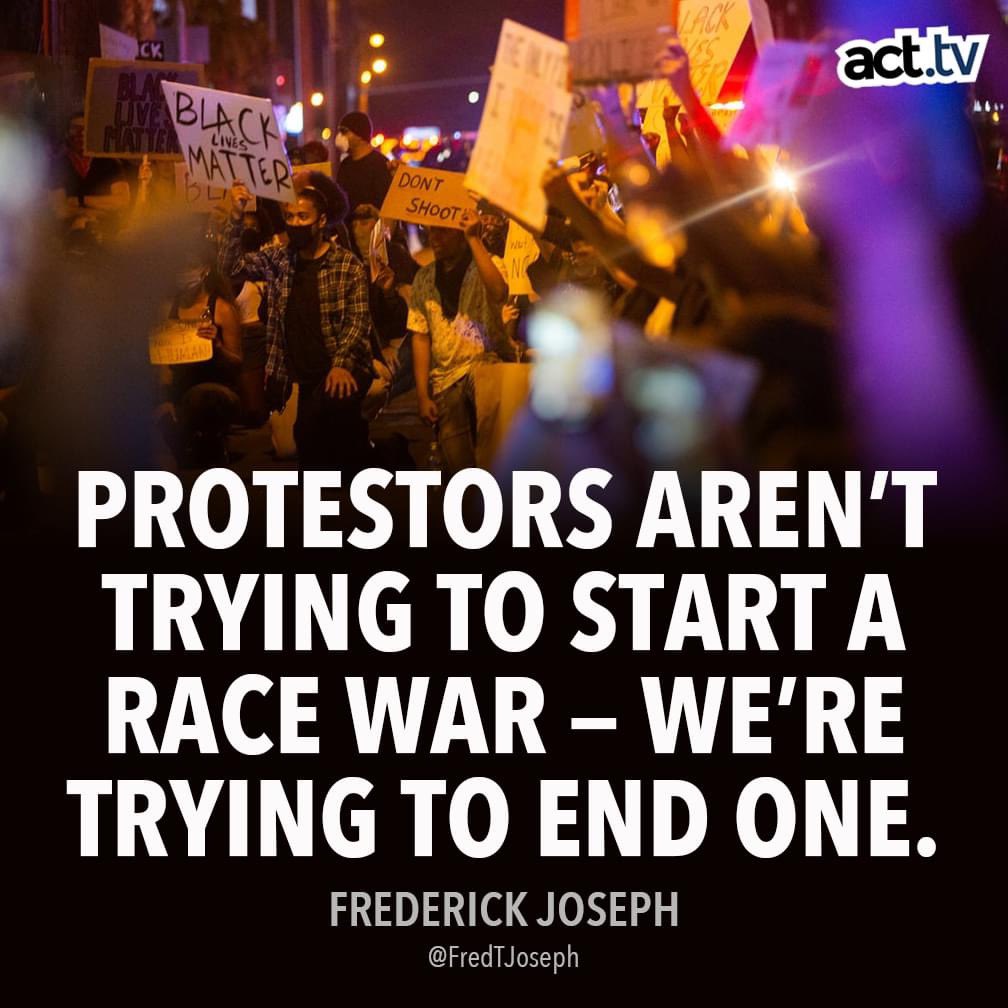 Early on Monday evening @Amy_Siskind tweeted: “White people need to get their shit together! No one is coming to storm your home despite what Trump and Fox News are telling you. Black people just want an equal shot & not have to worry about getting killed picking up an iced tea or getting pulled over for a broken car light.” The post has been retweeted over 3,000 times and received more than 11,000 likes by Tuesday.

@ResistPotter responded to a post about the Black Lives Matter protest with this quote by @FredTJoseph: “Protestors aren’t trying to start a race war – we’re trying to end one.”

Black women took to Twitter to celebrate and motivate each other, praising their beauty and inspiring self-love. Audriinah shared: “Black girls buying houses and cars and getting promoted during these tough times swells my heart with joy! I love that for all of you! please keep winning guys.” The tweet received 4,300 likes and 962 retweets. 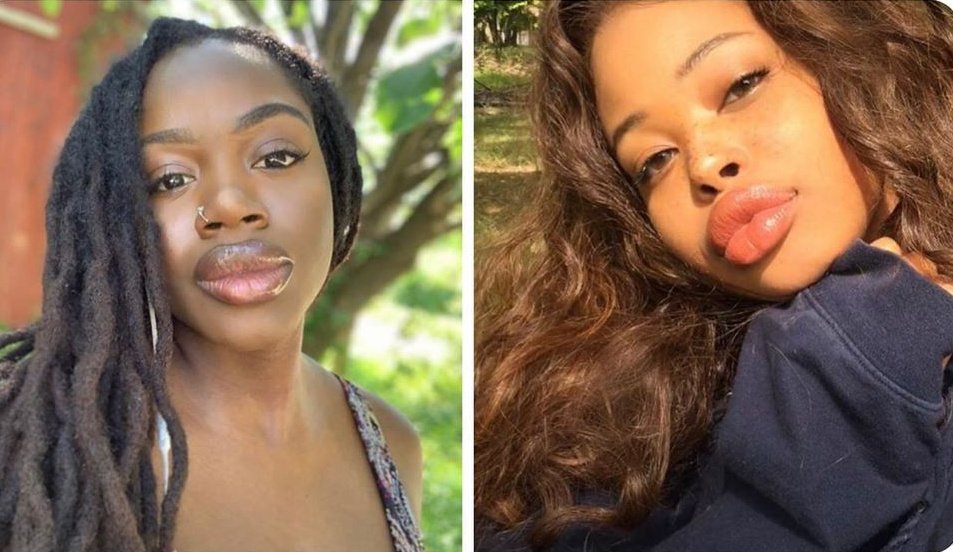 Breya Johnson shared commentary by Audre Lorde about black women loving themselves and how being black is beautiful. The tweet received 56 likes and 28 retweets. DM