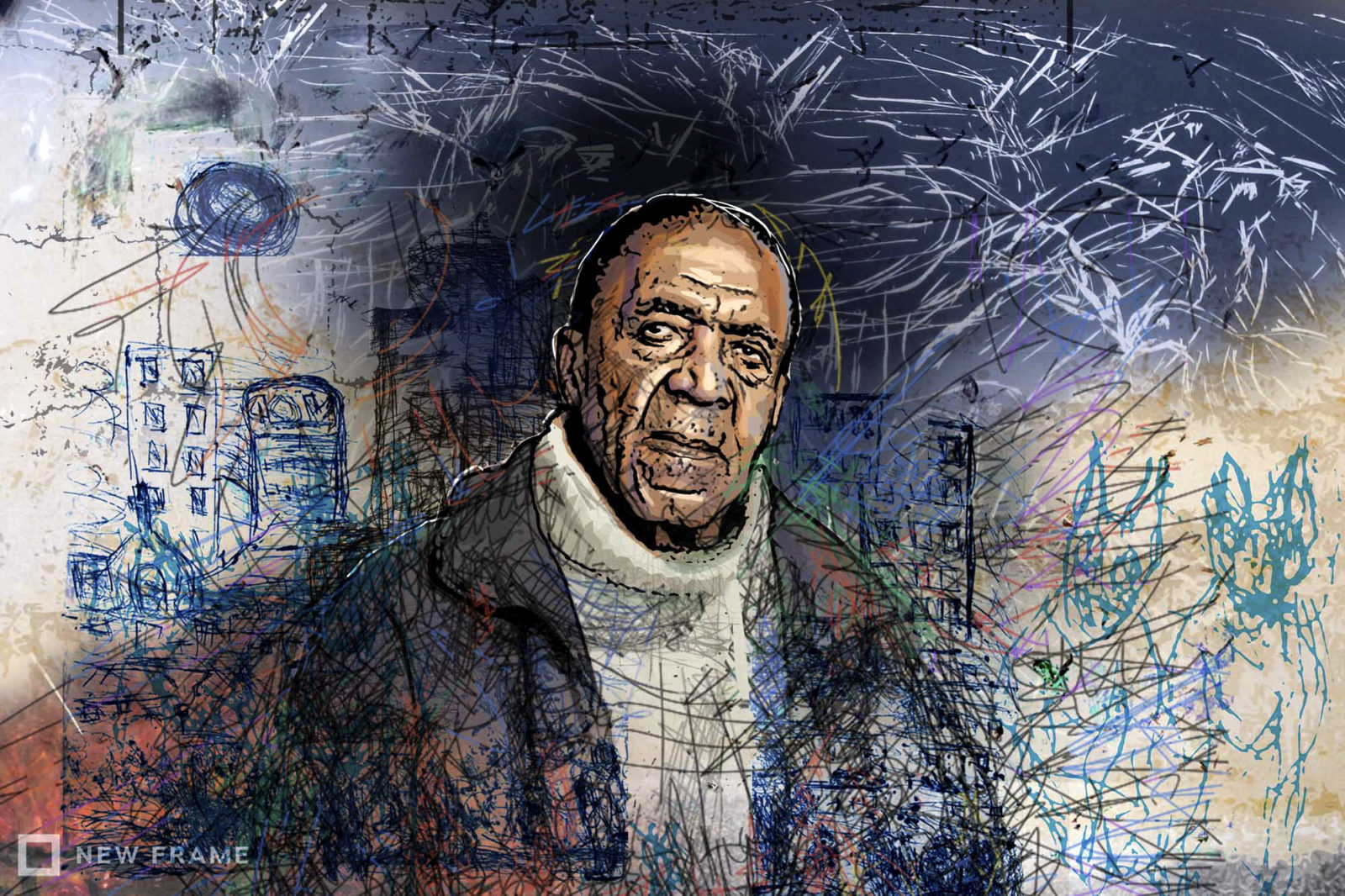 On 30 June 2019, David Koloane gave up the fight in a long battle with lung cancer. His passing left many around the world stunned because he had never once complained about his illness. For me, he was both a teacher and a mentor.

It was in David Koloane’s nature to get on with the work at hand. He travelled the world representing South Africa in his many areas of expertise, ranging from exhibiting, curating, facilitating and addressing conferences.

Koloane was born on 5 June 1938 in Alexandra, north of Johannesburg. His passion for art saw him undergo apprenticeships with a number of renowned artists, learning all he needed to know from them. The lack of art schools did not deter him from seeking assistance on improving himself. After doing several clerical jobs, he decided in 1974 to make art a full-time career. That decision not only changed his life but also influenced the art education of many black artists in South Africa and on the continent. He even left his mark in India and China.

Koloane, who had done practically everything that could be done to counter the lack of art education and art institutions catering for black people under apartheid, worked quietly. He did all this without confrontation or pomp, changing the standard of art education, production, writing and curating – only in conference halls did he stand up and speak truth to power.

In spite of his hard work opening doors for young artists in South Africa and around the globe, it took 42 years before he was honoured with a retrospective exhibition at the age of 81 (just a few months before his untimely death). Fortunately, he lived long enough to see his own work in perspective at the National Art Gallery in Cape Town, but not long enough to read the tributes in a catalogue that followed.

The fact that the three top tertiary institutions in SA recognised him with honorary doctorates was a feat for a black artist in the 21st century.

It was also 42 years ago that David Koloane and Bill Ainslie teamed up and shared their experiences on art education and production in South Africa. One, a black person with little art education and experience, the other, white with a privileged education. Despite their different backgrounds, both had big visions.

Bill Ainslie used his studio to teach not only visual arts to mainly white privileged students, but also to teach them about socio-economic issues besieging the country. In the meantime, Koloane was searching for – and then found – a partner who was amenable to his vision.

Koloane needed to develop the expertise of running an art workshop to make the needed change in his community, which was deprived of art institutions and studio spaces. Although actors, playwrights and poets had to some extent ameliorated themselves from the yoke of white oppression, the same was not true of visual artists. White gallery owners dictated what visual artists should produce and what could be shown; a travesty against creativity.

Koloane’s first realisation of his vision was the establishment of the Federated United Black Artists (FUBA) in 1978. FUBA set about liberating black artists from the clutches of white control and markets. Black artists were, for the first time, able to make art and sell it on their own terms. But this was on a limited scale and they lacked funding and studio spaces.

Koloane believed in building bridges between the formal and informal teaching institutions to benefit both the teaching staff and researching students. The Bagfactory/Fordsburg Artists’ Studios continue to play a pivotal role for tertiary and art schools to send their students to meet and discuss their projects with the artists in residence.

So, as confirmed by art educator Michael Gardiner, Koloane set his eyes on the horizon: “The solution came when both Bill and Koloane attended the New York Artists Triangular Workshops in 1983”, where they learned about collective participation of artists by artists and for the artists themselves.

When they returned to South Africa they started the Thupelo Art workshop. This was primarily to solve two main challenges, namely,  supporting artists with materials so they could experiment with their art and second, to work in secure studios, sharing ideas among their peers. This resulted in highly improved art production by black artists and was a far cry from the hated ‘Township Art’ label.

To ensure continuity, studios had to be found so artists could work freely without the constraints of limited spaces found in their small township houses. These studios also became places where collectors and curators could find and procure artworks, thus making artists self-sufficient without signing their freedom away to unscrupulous gallery owners.

On a national level, what Koloane and Ainslie started, embraced and enhanced is what Sidney Kumalo and Cecil Skotnes did when they opened and ran Polly Street, giving urban black artists their first opportunity to learn art in the ‘50s and ‘60s. Both projects succeeded beyond anyone’s expectations and, to this day, the apartheid project of turning urban blacks into craft makers failed.

Rory Bester, a former art history professor at Wits University, characterises Koloane’s work as a ‘“beacon and a benchmark towards whom and around whom so many artists were drawn in waves of gravitational pull”. A feeling echoed by Neil Dundas’ assertion that “he created space and opportunity for the next generation of black and brown South African artists to study, exhibit and shape the discourse of contemporary African art within both international and local peer groups”.

Koloane’s vision was supported by numerous white liberals who believed in his work. As a result, they continued funding his endeavours and more centres opened, first in Cape Town and later 30 more around Africa. There is even one in India and another in China. This became the model to confront a world-wide challenge facing artists in developing countries.

Koloane’s legacy goes beyond just being a prolific artist, writer, curator and teacher – his studio became the place to go to when one needed any answers to any question.

Koloane had great belief and trust in the younger generation. He provided opportunities and started a bursary scheme that has seen many young students achieve their goals. Art teachers, lecturers and art students were able to visit and interact with artists in proper studios. This ease of access to African artists encouraged a number of young art students to believe they too could follow in the footsteps of their role models.

Koloane believed in building bridges between the formal and informal teaching institutions to benefit both the teaching staff and research students. The Bagfactory/Fordsburg Artists’ Studios continue to play a pivotal role for tertiary and art schools to send their students to meet and discuss their projects with the artists in residence.

Students also benefit from learning about the business of art and the industry’s complex nuances, gaining useful skills no tertiary or art school teaches.

The last word is by Professor Premesh Lalu, who sums up Koloane’s legacy as follows:

“Koloane, I suspect, realised that the artist needed to always work as an educator, not in the mode of the didacticism of school, but as a composite artist learning and teaching to live beyond the constraints of that which is given to one. If the workshop movement that he helped to build exemplifies this sentiment, we will recall that that very concept that Koloane helped to forge was what ultimately pushed us over the threshold of apartheid.” DM/MC

Sipho Mdanda is curator at Freedom Park and a research associate at the University of Johannesburg.

Covid-19: Palliative care is needed now more than ever

Nathi and Africartoons • 12 hours ago

Court rules preschools can open, Gauteng rules out return to hard lockdown, and new regulations for cinemas and theatres

Natasha Bolognesi for GroundUp
Save 6 mins