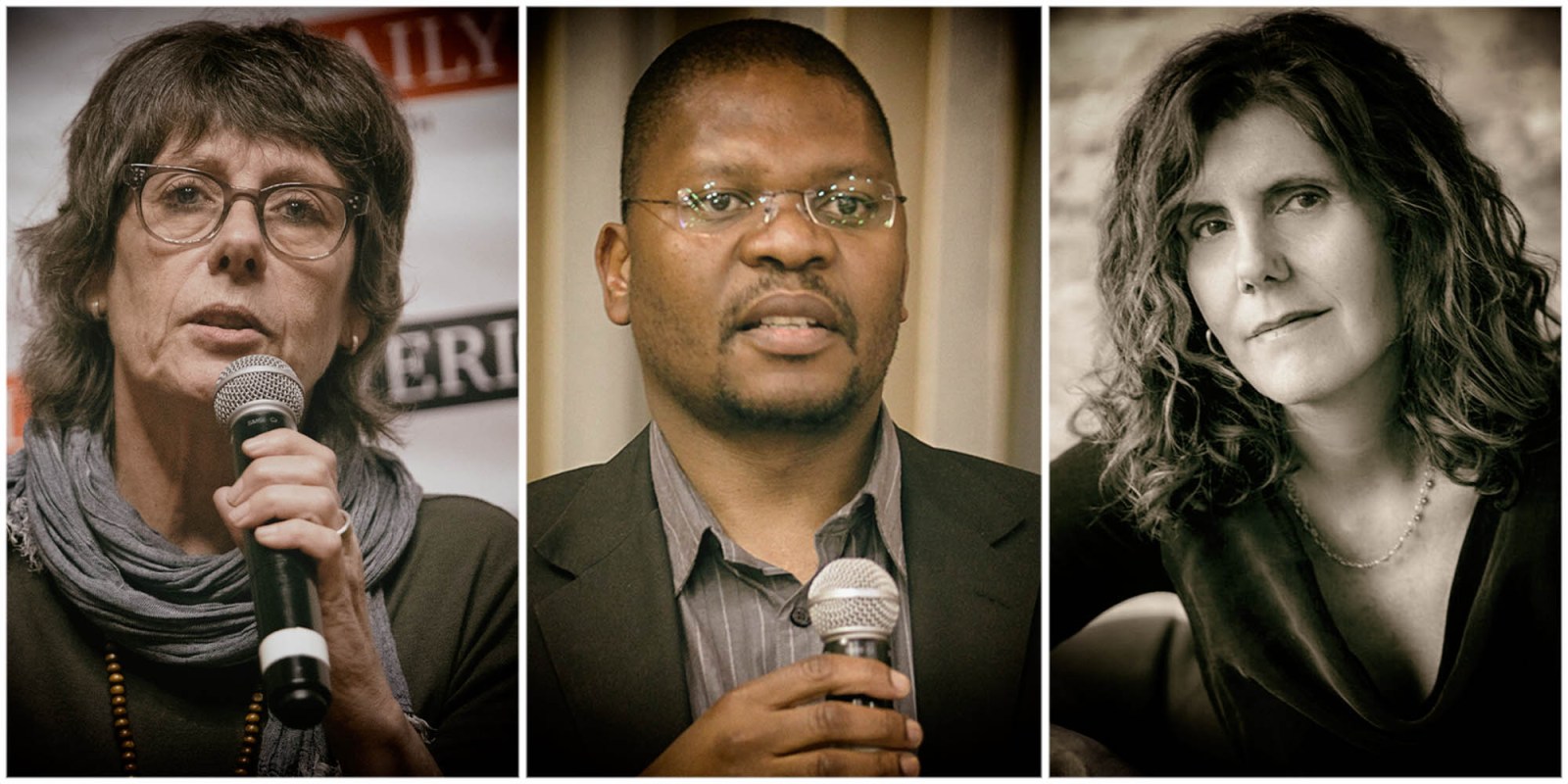 In her new book Undeniable: Memoir of a Covert War, Philippa Garson recounts her years as a young journalist reporting on the war between Inkatha and ANC-aligned groups in the townships in the early 1990s and her efforts to uncover the apartheid government’s role in the violence. Brutal and deeply personal, the book challenges society’s collective amnesia of the blood-soaked transition to democracy.

Philippa Garson’s Undeniable: Memoir of a Covert War begins in Phola Park in 1990 where she and fellow Weekly Mail junior reporter Mondli Makhanya were covering the war between Inkatha and ANC-aligned groups after the violence had moved from KwaZulu and Natal to the townships around Johannesburg.

A group of comrades had set up a roadblock, ready to take revenge on Inkatha supporters after the community was attacked the night before. Young men hijacked a passing taxi, the same colour as one linked to the previous night’s attack. They dragged the driver out and started hitting him with axes and crowbars.

“‘Mondli, we’ve got to stop them, they’re killing him!’” Garson recalled telling her colleague.

“‘Nothing we can do,’ he said through clenched teeth.”

Garson’s Undeniable is a riveting, grisly and moving memoir of her experiences at the progressive Weekly Mail covering the war between Inkatha and the ANC in the 1990s, which claimed at least 14,000 lives, and her and her colleagues’ efforts to expose the apartheid government and security forces’ role in fomenting the violence.

The story moves back and forth between Garson’s detailed accounts of the violence, her attempts to understand the complex and sometimes contradictory forces at play and the toll it took on those involved, and her personal life as a young white woman from a liberal family who was committed to exposing injustice but was, ultimately, an outsider in the communities on which she reported.

“I think it’s one of the things that we do not talk about enough in the country, the extent of the evil of the apartheid state, particularly in the later years,” said Makhanya, now editor of City Press, in a Daily Maverick webinar, hosted by Daily Maverick’s Marianne Thamm, about the book.

“It was truly, truly diabolical.”

Garson started writing about what she witnessed in the early 1990s after moving to New York in 2008. South Africa avoided a full-blown civil war in its transition to democracy but there seemed to be a collective amnesia about the violence in the townships.

Rather than hold perpetrators accountable for apartheid-era crimes, the courts have found politicians have exerted pressure on the National Prosecuting Authority to turn a blind eye.

Garson called it the “ultimate betrayal”.

“The sanitised political narrative that prevails today is of a ‘peaceful transition’ to democracy. It’s as if this bloody chapter of the early 1990s has been erased from collective memory. But the unavoidable truth is that thousands of people, mostly poor, died invisible deaths during this time,” Garson writes in her epilogue.

“Where is the nation’s grand monument to those people whose names seldom made it into newspapers, the victims of one massacre after another, totted up as mere numbers, and inaccurately counted at that? If not a monument, where are the headstones? Instead, the remains of many lie buried in unmarked graves.”

Garson writes of a history that we’ve not only failed to examine but have actively tried to suppress. Undeniable is set in the 1990s but the effects of the horrors Garson recounts feel so real in the present day.

How could the country pretend to heal and grow without acknowledging the devastation wrought and holding perpetrators accountable?

“We’re looking for accountability but we’re also looking for healing,” said Makhanya during the webinar.

“I think the legacy is one of trauma,” said Garson.

“Why has there been this inability or this absolute lack of will to bring this stuff up?” she asked.

By interspersing stories from her personal life with those on the violence, Garson not only questions biases that might arise from her race and class but broadens the story to show how fraught and complex the transition to democracy was on a personal level.

The book provides both personal and national catharsis. There’s no resolution to the pain it evokes and it leaves a bitter impression that the apartheid leaders, their supporters and sympathisers, got away with their diabolical scheme.

But it acknowledges the pain that’s never been fully addressed and continues to wreak havoc on society. DM