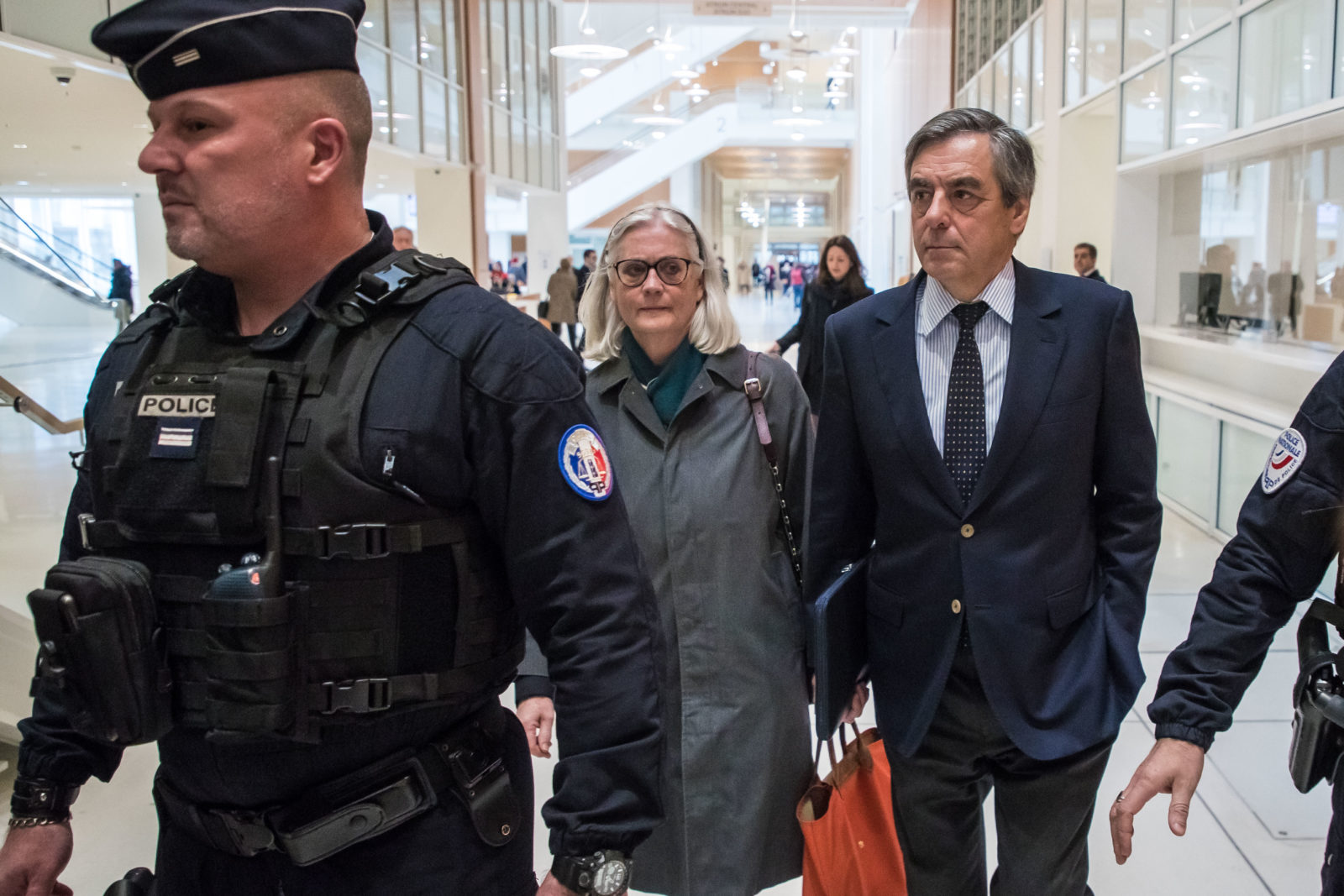 epa08269022 Former French Prime Minister Francois Fillon (R) and his wife Penelope (2-R) arrive at the courthouse in Paris, France, 04 February 2020. The ex-prime minister is accused of employing his wife Penelope as a highly-paid aide for years despite the lack of evidence that she performed any legitimate work. EPA-EFE/CHRISTOPHE PETIT TESSON

PARIS, June 29 (Reuters) - A French court on Monday found former Prime Minister Francois Fillon guilty of embezzlement of public funds in a fake jobs scandal that wrecked his 2017 run for president and opened the Elysee Palace door for Emmanuel Macron.

Fillon’s bid for the presidency unravelled after allegations surfaced that he had paid his British-born wife Penelope hundreds of thousands of euros for doing little, if any, work as his parliamentary assistant.

“The payment was disproportionate to the work done,” the chief judge said, reading the court’s ruling. “Mrs. Fillon was hired for a position that was without use.”

A consummate political insider who was prime minister under Nicolas Sarkozy, Fillon had been the frontrunner in the election race when the allegations surfaced. At the time, he denied wrongdoing, resisted party pressure to pull his candidacy, and was eliminated in the first round of the vote.

The court also convicted Fillon’s wife of complicity to embezzle and conceal of public money.

The court is due to hand down a sentence shortly. (Reporting by Tangi Salaun; Writing by Richard Lough; Editing by Giles Elgood)