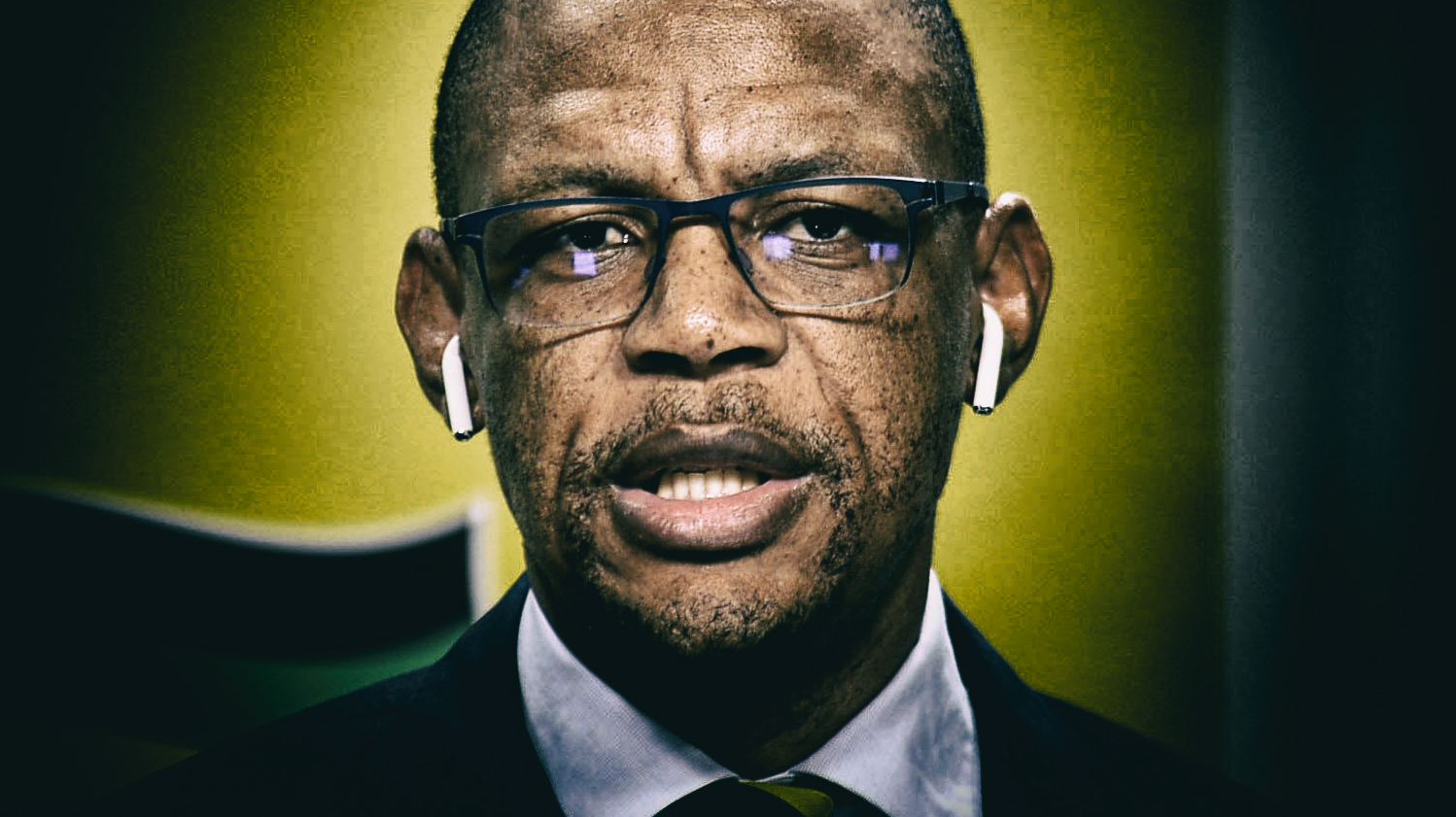 ANC spokesperson Pule Mabe has denied that an ANC memorandum on deployment committee procedures is real, but his statement raises more questions than it answers.

There was not much public ado ahead of the ANC’s National Executive Committee meeting this weekend. The digital platform and the fact that nobody had to leave their cellphone in a brown envelope at the door and could theoretically record the meeting, means that secrecy was somewhat compromised and sensitive issues would be debated elsewhere, such as on a WhatsApp group of loyalists or, for those who are more Covid-daring, in person.

In the week ahead of the meeting, an ANC memorandum on deployment dated in the filename as “June 2020” did the rounds on some WhatsApp groups. It contains directions to ministers on how to appoint “director generals” (sic), chairpersons, chief executive officers and the boards of state-owned enterprises.

“The office of the Deputy Secretary-General [Jessie Duarte] should be informed of all posts prior to them being advertised and be sent the advert once they have been published. This process is to allow for Comrades who meet the criteria on the database to be allowed to apply,” the memo reads.

It also stipulates in detail the process the minister should follow, adding that “no appointment should be taken to cabinet without passing through the deployment committee first”. It purports to come from ANC Secretary-General Ace Magashule, and although it doesn’t bear his physical signature, this could be explained away by the fact that the memo was sent out digitally. It is addressed to “All Deployed Comrades”.

The party’s deployment committee is chaired by its deputy president, David Mabuza, and co-ordinated by Duarte. Daily Maverick initially spoke to two sources who said the document was real, and City Press reported that three “highly placed” sources confirmed its authenticity. The document was, however, not meant for public consumption.

One source speculated that the document represented guidelines that would be up for discussion at the next NEC meeting – which was this weekend – and that its contents should not have been made public because government appointments should appear to be fair.

When spokesperson Pule Mabe on Saturday 27 June issued a statement saying the letter was fake, his denial sounded credible enough. He didn’t speculate about the origin of the letter, but the ANC has been so divided since its 2017 conference that it often issues contradictory messages.

Duarte herself rejected the letter out of hand, ANC insiders who had contact with her said. She was in the NEC meeting on Sunday and did not respond to a WhatsApp message.

Mabe in his statement said the ANC is “appalled” by the letter.

Mabe went further, saying: “Government appointments are made under clearly defined rules and regulations as stipulated in the Public Service Act. The ANC or any of its structures will never participate in activities that seek to undermine these processes. As a governing party, we are fully in support of government appointments that are based on merits and in the interest of strengthening state capacity to discharge its mandate to the people.”

On Sunday, Mabe said he was unable to provide further clarity on what the ANC deployment committee’s policy and processes are because he was busy with the NEC meeting. In the statement, he appears to deny that the deployment committee plays any role in government appointments at all, which is contrary to the ANC’s stated policy to date.

President Cyril Ramaphosa said in January that the party’s lekgotla had decided there should be qualifications procedures for those appointed to government positions, in line with his vision for building a capable state.

“The ANC will become more stringent in the selection process of all public representatives, including setting qualification criteria for comrades who should be put on ANC lists,” he said, implying not that the process of cadre deployment be scrapped, but that those appointed should be qualified to do the job.

The deployment committee was often criticised during the State Capture years as former president Jacob Zuma appeared to be appointing poorly qualified individuals to important positions, who ended up doing his bidding and stealing money.

Earlier this month, Co-operative Governance and Traditional Affairs Minister Nkosazana Dlamini Zuma, in an online lecture to the ANC-aligned OR Tambo School of Leadership, echoed this.

“Cadre deployment is good, but it must be done properly. All those deployed must possess the required skills and capacity to do the job,” she said.

An ANC insider said it’s a fact that political appointments, such as ambassadors, are done through the deployment committee, although he wasn’t aware of this process being followed for directors-general.

The process outlined in the leaked letter doesn’t seem at odds with this. According to the letter, at least three days before deployments are presented, the minister should present the committee with background and a summary of the challenges, the advertisement post, a list of abridged CVs of all applicants, a shortlist with the complete CVs, recommended candidates, and a summary of the candidates in column form including qualifications, experience, gender, age and province.

Deployments to top government positions are often a terrain of conflict between the different factions of the ANC because of differences in approaches to the economy, and often also because these positions are abused to dispense patronage. The deployment committee was often criticised during the State Capture years as former president Jacob Zuma appeared to be appointing poorly qualified individuals to important positions, who ended up doing his bidding and stealing money.

The memo could have been circulated as a refresher to ministers ahead of the expected filling of some vacant positions. City Press reported that Public Enterprises Minister Pravin Gordhan was due to make appointments soon, while Higher Education, Science and Innovation Minister Blade Nzimande has Sectoral Education and Training Authority positions to fill. Finance Minister Tito Mboweni is expected to finalise appointments in the state-owned SA Special Risk Insurance Association, while Eastern Cape Health MEC Sindiswa Gomba still needs to appoint a head of health for the Nelson Mandela Bay metro, pending approval by Magashule. Minister of Women, Youth and Persons with Disabilities Maite Nkoana-Mashabane’s appointment of a director-general has also been delayed because of ANC wranglings. DM