‘Many dead’ in fourth raid on Mozambique’s Mocimboa da Praia

A large group of insurgents — presumed to be from the Isis-affiliated Al Sunnah wa Jama’ah (ASWJ) group, attacked the town of Mocimboa da Praia in the northernmost province of Cabo Delgado at about 4am on Saturday, security sources said.(Photo supplied)

Insurgents occupied the northern Mozambique port town of Mocimboa da Praia for the fourth time, in an attack this weekend which reportedly cost many lives on both sides.

A large group of insurgents — presumed to be from the Isis-affiliated Al Sunnah wa Jama’ah (ASWJ) group, attacked the town in the northernmost province of Cabo Delgado at about 4am on Saturday, security sources said.

Private soldiers, contracted to the Mozambique government, retaliated with fire from helicopter gunships, but it was still not clear on Sunday evening who was in control of the town.

Mocimboa da Praia lies about 100km south of Afungi which is where installations are being built to process Mozambique’s huge offshore gas reserves. The latest attack is bound to have further unnerved the foreign energy companies developing the gas fields.

The insurgents launched a multi-pronged offensive, with some attacking government security forces south of the town while others targeted government and police buildings in the town centre, security sources said.

Other insurgents were deployed at all the access routes to and from the town.

One source said the two Gazelles and one Bell 407 helicopter had fired “directly into the built-up area of the town to flush out the insurgents.”

But accounts differ sharply on what exactly happened after this.

One source told Daily Maverick “there was a short, sharp shootout, air to ground and no ground follow-up by Mozambique troops”.

“There had been heavy cloud cover, so the DAG pilots had taken a long time to get into the action, but when they did they shot 12 insurgents, while one Mozambique soldier had been shot dead and 13 wounded.”

This source said that the DAG had chased the insurgents out of the town on Saturday with almost no ground support from the Mozambican military. 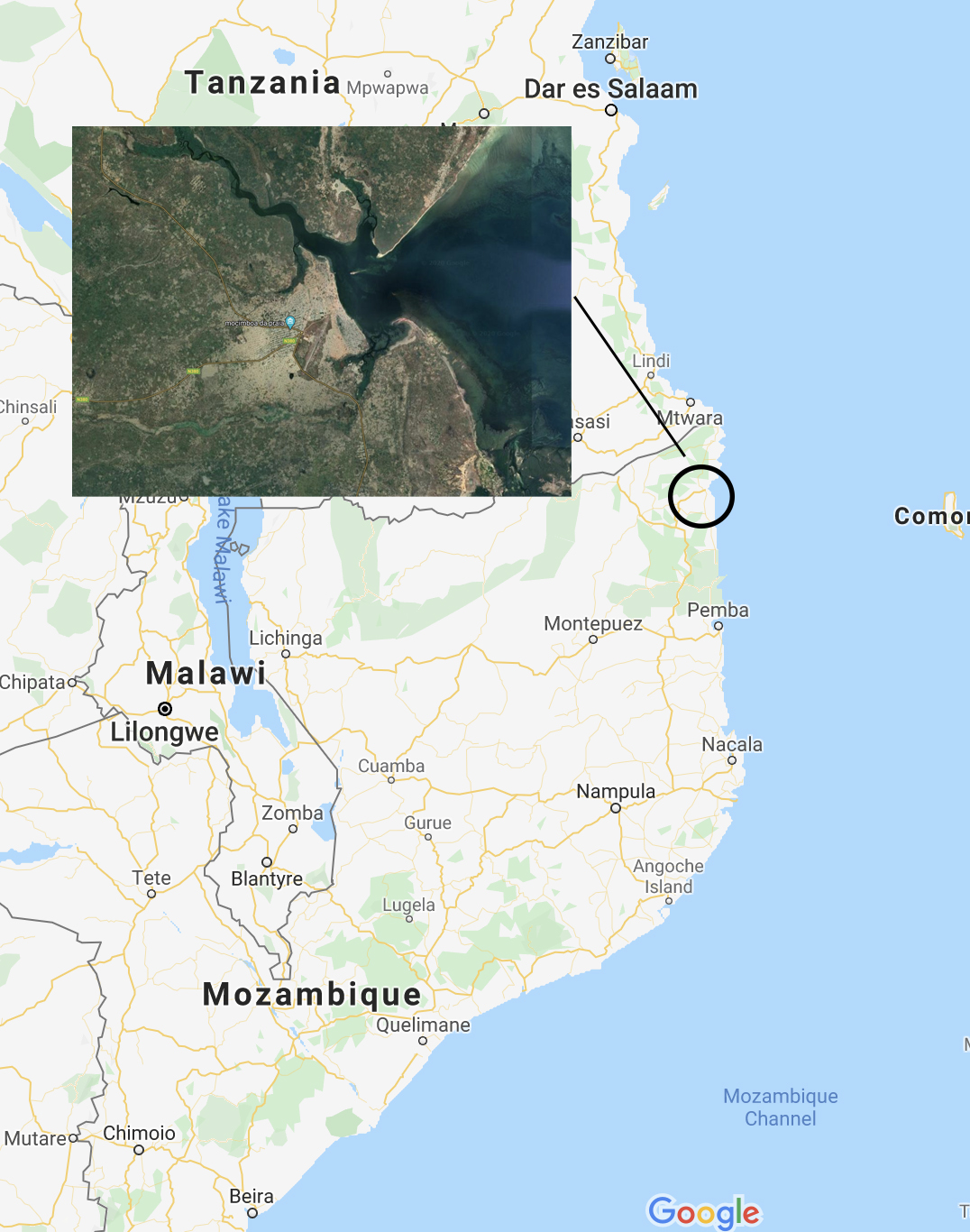 Another source, however, said that Mozambican government security forces had launched a counter-offensive later on Saturday and that the fighting had continued late into the afternoon. This source said that the Mozambique military had been unable to dislodge the jihadists on Saturday. They were not certain whether the insurgents had later withdrawn from the town or remained there. The insurgents usually retreat after occupying towns to demonstrate their military prowess.

Despite early assurances that they would not harm residents, but only security forces and government officials, a large number of residents fled the town, several sources said.

One said that although no reliable reports were yet available on casualties, unconfirmed reports indicate that they had been high on both sides. According to some reports, one of those who died was commander Horacio Arosio Charles, who had been in charge of the Afungi protection force, but had been transferred to take over the force protecting Mocimboa da Praia.

Videos circulated on social media showing many bodies, some apparently burnt, but it was impossible to confirm their authenticity.

One source said he believed Saturday’s attack might have been provoked by the aggression of government military forces against the local population after they recaptured Mocimboa da Praia from insurgents on 9 June.

“Since this date, the GSF (government security forces) were engaged in aggressive search and locate operations across all suburbs , arresting and killing an undisclosed number of individuals. Several of the suburbs were specifically targeted by the GSF.

“These actions reportedly triggered an exodus of young, disillusioned individuals to join the insurgency.

He added that was the fourth time that insurgents had attacked the town since the start of the insurgency in October 2017.

It is also the first time the insurgents had deployed an SPG 9 Kopyo 73mm recoilless gun and an 82mm mortar. This was “quite significant as it could represent a new phase in the insurgency”.

“The use of more conventional-type weapons could be indicative of an intensification of the campaign against the GSF.

“The high-intensity semi-conventional combat between the GSF and the insurgents in a civilian town inevitably resulted in significant losses within the ranks of both sides as well as major collateral damage in terms of the loss of civilian lives. “

The source said government official and military wounded had been removed by boat while many civilians had also fled the fighting in boats.

Yussuf Adam, an associate professor at the University of Eduardo Mondlane in Maputo, who is studying the insurgency, said on Sunday evening there was still “big confusion” about the situation in Mocimboa da Praia. He said he had been trying all day to contact people in the town and had not been able to reach any. It seemed telephone connections with the town had been cut.

But he said he had been hearing worrying reports about people who were missing after the attacks, including two prominent traders.

The weekend attack followed a period of calm during which no attacks had been reported in Cabo Delgado.

It is still unclear how South Africa and other countries of the Southern African Development Community (SADC) intend to help Mozambique fight the insurgency, if at all. SADC recently committed its members to providing support, but no plans to do so have emerged. The South African government said recently it was in discussion with the Mozambique government about what help South Africa could provide. But since then Pretoria has refused to confirm if it will lend support. DM