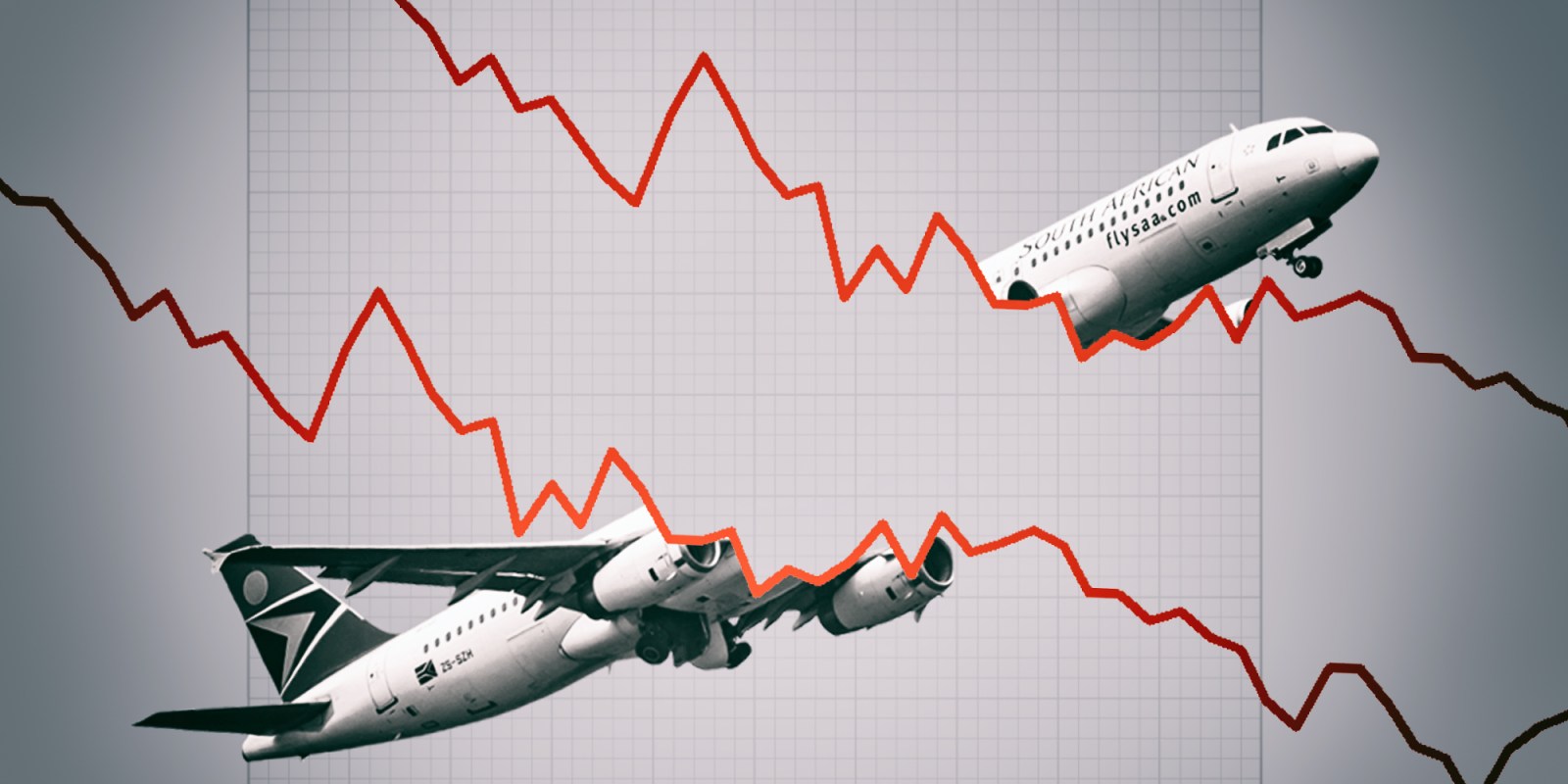 The government said Leadership Consultative Forum was no longer serving its intended purpose of getting a consensus on how to save SAA. (Photo: Waldo Swiegers / Bloomberg via Getty Images)

The Department of Public Enterprises has taken a drastic decision to withdraw from a forum, which is joined by trade unions representing workers, that intends to discuss the restructuring of the state-owned airline. The department is offended by the opposition of trade unions to the final SAA business rescue plan.

The relationship between the government and trade unions representing SAA workers seems to have irreparably broken down because both parties hold a sharp difference in opinion on how the troubled airline should be rescued.

The Department of Public Enterprises has taken a drastic decision to withdraw from a forum, which is joined by eight trade unions representing 4,700 SAA workers, that intends to discuss the restructuring of the state-owned airline.

The Leadership Consultative Forum was formed in April 2020 to bring together the department and trade unions to develop a new and restructured SAA that would emerge from business rescue proceedings. SAA was placed under business rescue on 6 December 2019 because the airline did not have the working capital to fund operations.

The forum acted as a support function to the SAA business rescue practitioners, Siviwe Dongwana and Les Matuson, helping the duo with tasks which included drafting or amending a business rescue plan for the airline and informing the process to retrench workers.

In a statement on Sunday 28 June, the department announced its withdrawal from the forum, saying it was no longer serving its intended purpose of getting a consensus on how to save SAA. This was because “some participants” of the forum had “wilfully breached” its conditions by “leaking confidential information, issuing public statements that attack the Department of Public Enterprises”.

What vexed the department

The final straw for the department was when three trade unions, which in coalition represent a majority of SAA workers, raised objections to the airline’s final business rescue plan at a crucial meeting with creditors on Thursday 25 June. The three unions are the National Union of Metalworkers of SA (Numsa), SA Cabin Crew Association (Sacca), and South African Airways Pilots Association (Saapa). The unions tabled a proposal at the meeting to postpone a vote for the rescue plan to 14 July, which was later approved by a majority (69%) of SAA creditors, further delaying rescue proceedings of the airline.

If there are further objections to the rescue plan which would impact on its approval, Dongwana and Matuson are required by the Companies Act to declare that SAA has no reasonable prospects of being rescued and place the airline under liquidation, which implies its death and loss of all jobs.

The unions tabled a postponement because they alleged they were not adequately consulted on the possible retrenchment of 3,700 SAA workers – the main proposal of the rescue plan. This aspect of the plan, they said, contravenes the Labour Relations Act. The rescue plan has proposed the launch of a restructured and new SAA, which will initially have a reduced workforce of 1,000 and later 2,900 workers – once it operates a full flight schedule of domestic, regional and international routes from 2021.

The department said the actions of the three unions had jeopardised the fate of SAA, severance packages for yet-to-be retrenched workers, and the retention of 1,000 jobs.

“This postponement also creates uncertainty for creditors and potential investors. Instead of creating conditions for attracting investment and skilled South Africans, three unions have put SAA on a path towards possible liquidation,” it said.

Before the creditors’ meeting on Thursday, the department asked trade unions to support the rescue plan, saying it presented a better prospect for workers than a liquidation scenario.

The postponement of the vote on the SAA rescue plan was also supported by SA Airlink, which is a privately-owned airline. SA Airlink is an SAA creditor owed about R770-million by SAA.

SA Airlink doesn’t support the rescue plan, saying it disproportionately benefits SAA over smaller creditors because the airline stands to get a R10.4-billion bailout from the government.

“In supporting SA Airlink to postpone the creditors’ vote, Numsa, Sacca, and Saapa have effectively aligned themselves with a competitor who stands to benefit substantially should SAA be liquidated. This is an anti-worker stance,” the department said.

“After not receiving salaries for three months, it has become apparent that SAA employees do not want further delays for the business rescue process to be concluded. They want greater certainty, particularly about their severance benefits and for SAA to resume its flight operations and re-occupy its market share.” DM/BM