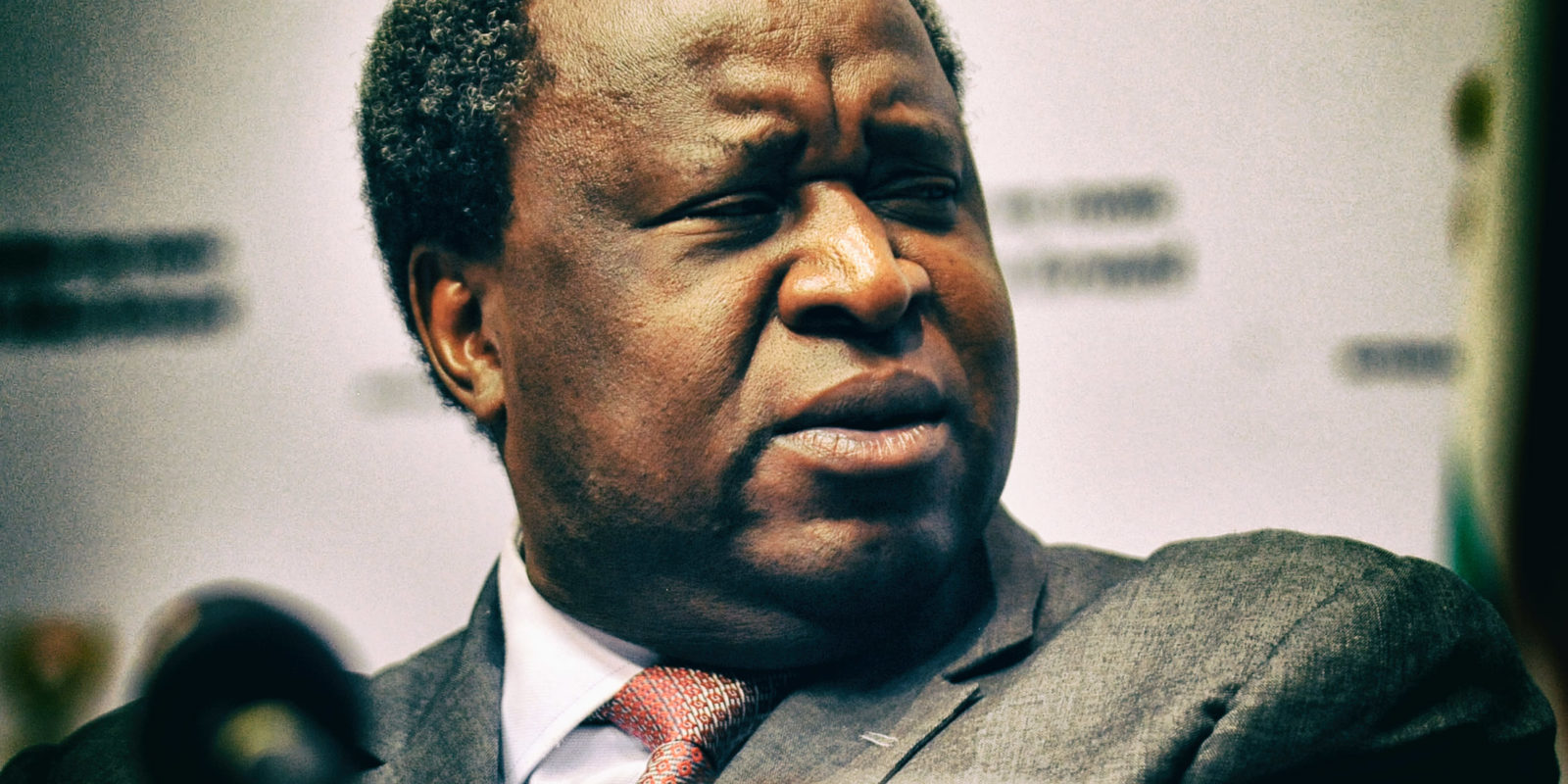 There are 1.2 million public sector workers including doctors, nurses, teachers, police, correctional services officers, and workers in three spheres of government. They hoped that Tito Mboweni would honour the three-year wage agreement that promises them salary increases of between 4.3% and 5.4% in 2020. But Mboweni kicked the wages can down the road.

A freeze on salary increases for public sector workers is a political hot potato at a time when the government needs to rein in ballooning expenditure while responding to the Covid-19 pandemic.

It’s a political hot potato that has lately overwhelmed Tito Mboweni, the finance minister who usually minces no words about SA’s deteriorating public finances and the country’s economic decline.

In a press briefing after delivering the Supplementary Budget on Wednesday 24 June, Mboweni attempted not to give details when asked about the acrimonious talks with trade unions representing public sector workers, to freeze their salary increases in 2020.

“Our overall objective is for a compensation system that is fair, transparent, and fiscally affordable. And it is within this framework that we hope the minister will lead the process,” Mboweni said. The minister in question is Senzo Mchunu, whose Public Service and Administration department oversees the terms of employment in the public sector. Mboweni deferred questions about the compensation of workers to Mchunu.

This is in stark contrast to when Mboweni came out swinging in the main Budget in February about drastically cutting the public sector wage bill, which was the single largest component of government expenditure – at R639-billion for the 2020/2021 financial year.

Mboweni announced plans to cut the public sector wage bill by R160-billion over the next three years by reviewing the three-year wage agreement that was signed in 2018 by the government and trade unions. The review meant government would not offer workers inflation-beating salary increases in 2020 and there would also be retrenchments to reduce the wage bill.

This angered trade unions, who have challenged Mboweni’s decision at the Labour Court in Johannesburg and the Public Service Co-ordinating Bargaining Council, where both parties negotiate terms of employment.

At the heart of the dispute is government’s decision to renege on the wage agreement that promised public sector workers increases of between 4.3% and 5.4% – depending on their employment level and pay grade – from 1 April 2020. Government has instead proposed a wage freeze for the 2020/21 financial year, saying it cannot afford to pay salary increases.  The year 2020 marks the final year of the wage agreement, and negotiations between the government and unions about compensation over the next three years are expected to start in October.

Business Maverick asked Mchunu’s office what Mboweni meant by a “fair and fiscally affordable” compensation of workers. Mchunu’s spokesperson, Vukani Mbhele, said the matter is currently in arbitration at the council and “we are not at liberty to talk about it”, adding that, “Mboweni was referring to the engagements currently taking place with labour.”

Mbhele is referring to the arbitration process – the second stage of a dispute settlement after conciliation – that trade unions affiliated to Cosatu have launched against the government to enforce terms of the three-year wage agreement. An arbitration hearing has been set for  7 and 8 July.

Meanwhile, at least five trade unions have not joined Cosatu-affiliated unions in the arbitration process. Instead, the Public Servants Association (PSA), the National Professional Teachers’ Organisation of SA, Health and Other Services Personnel Trade Union of SA, the SA Teachers Union and the National Teachers Union have approached the Labour Court to enforce contractual terms of the wage agreement, saying they are still binding on the government. Mchunu’s department has missed the 22 June deadline to respond to the court application.

The National Treasury’s Supplementary Budget Review document provides little detail about Mboweni’s intentions on compensation, but suggests salary freezes for workers in municipalities in 2020/21 “considering the decline in municipal revenues.”

The Budget review has reiterated the R160.2-billion cut in the wage bill set out in the February Budget, which is over and above the R230-billion cuts in government expenditure between 2021 and 2022.

Mugwena Maluleke, chief negotiator for Cosatu’s public sector unions, said Mboweni’s stance on compensation might mean that workers won’t receive a salary increase in 2020 or that Mchunu will start retrenching workers to manage the wage bill.

“It is very insensitive that public sector workers, who are on the frontline during the pandemic, are not getting promised salary increases. Also, it is showing how the government and neoliberal policies don’t care about whether they are supporting essential service workers or not,” said Maluleke.

“Mboweni’s statement that government values the ‘important work public servants do’ seems empty in the absence of a firm commitment to ensure that the salary agreement that would have offered these employees meagre salary increases is honoured.”

Asked if trade unions are being unreasonable on salary increases considering that workers in the private sector are either taking salary cuts or, worse, are being retrenched due to the lockdown, Maluleke said public sector workers are important for the economy and rebuilding it post the pandemic period.

Pieter-Louis Myburgh for Scorpio
Save 8 mins

The Minsky moment: Contradictions of the post-pandemic economy