Our world in pictures: a bird’s eye view 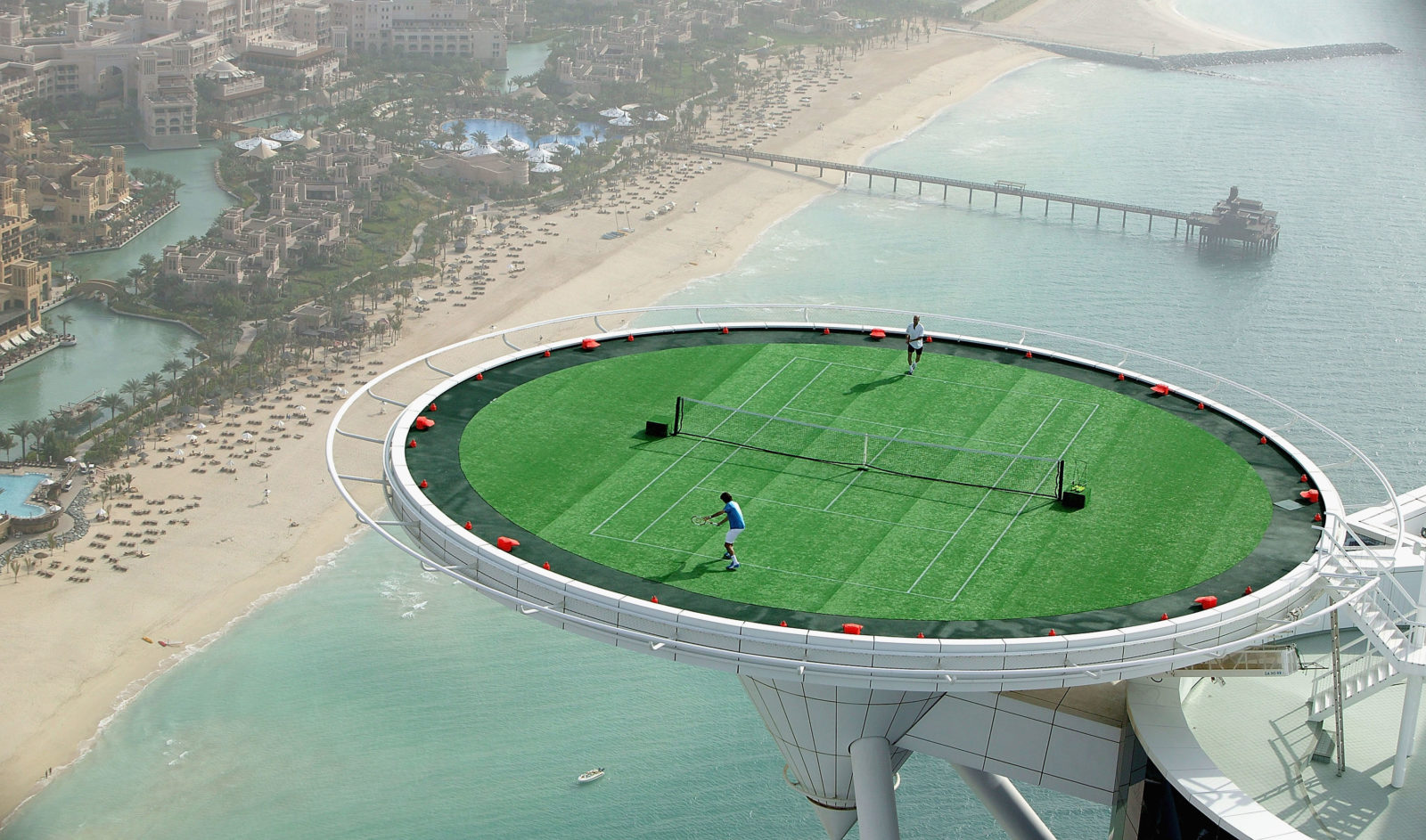 DUBAI, UAE - FEBRUARY 22: In preparation for the Dubai Duty Free Men's Open, tennis legend Andre Agassi of the USA and the World's No. 1 Roger Federer of Switzerland, couldn't resist the temptation to have a friendly 'hit' on the world's most unique tennis court, the Helipad of the Burj Al Arab, the world's most luxurious hotel on February 22, 2005, in Dubai, United Arab Emirates. Standing 321 metres high on a man made island, the majestic Burj Al Arab is without doubt the most recognizable hotel in the world. The hotel's helipad, which is situated 211 metres high covers a surface area of 415 square metres. Roger Federer is the reigning champion of the Dubai Duty Free Men's Open and is making his third appearance in the tournament. For Agassi this is his first time to appear in the ATP tournament where beaten Radek Stepanek of the Czech Republic. (Photo by Mike Hewitt for Dubai Duty Free via Getty Images)

Ever wondered what the world looked like from above? From the Getty archive and more recent images, here is an incomplete gallery of aerial images.

A warm thank you to Kim McCarthy from Gallo Images for her generous help in the production of this image selection.