By Centre for Analytics and Behavioural Change• 26 June 2020 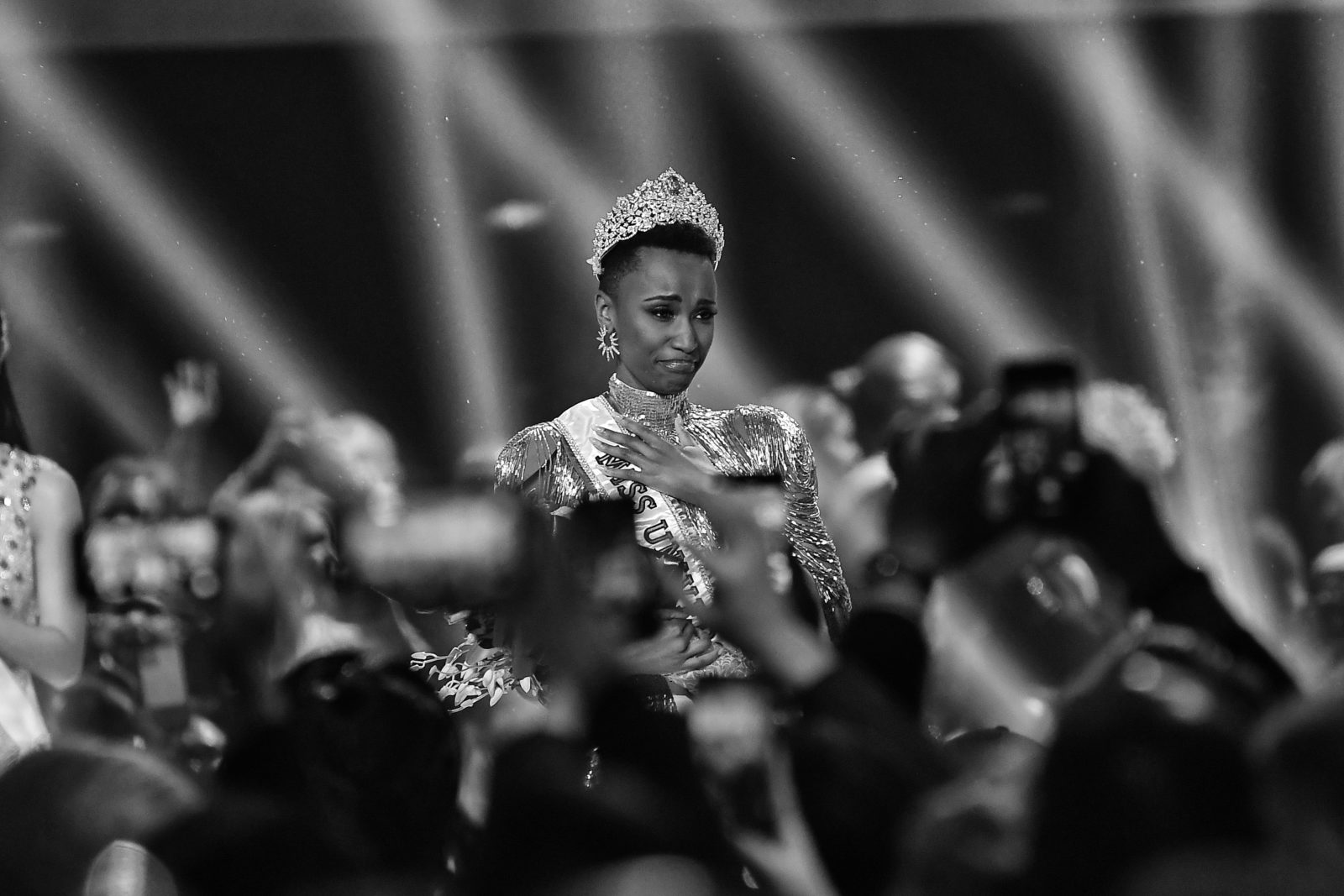 This is a summary of the trending, highest impact, and most active themes and their narratives related to social cohesion and division in South African public-domain social media conversations on 25 June 2020. Global trends which have an impact on South Africa are also included.

Conversations about the Miss SA 2020 contest trended as those in favour and against the pageant aired their views. This follows the announcement of the Top 15 semi-finalists on Wednesday. Many criticised the beauty pageant culture, saying it is fundamentally biased.

On Thursday @Waviest_baby tweeted, “Miss SA says they’re open to all body types this year but all their finalists have the exact same slim body we’ve been seeing since the beginning of time. I have to laugh.” The tweet gained traction with 1,100 retweets and 4,400 likes by this morning.

Later in the day @iamkoshiek retweeted a post by @Official_MissSA about voting and payment methods: “MISS SOUTH AFRICA 2020, TOP 15 -VOTING METHODS. #MissSa2020 #FaceYourPower #EmbraceYourFuture #MissSATop15.” This tweet received 1,200 retweets and 481 likes. A retweet by @iamkoshiek read, “At this point, even if you just pick the winner out of a hat nobody will really care.” This generated 712 retweets and 2,300 likes.

Some challenged the voting process, saying it was anti-black and anti-poor. @Advovolicious said in a tweet: “This is meant to exclude black people from voting. The finalist with the richest supporters will win. My worry is those finalists who have supporters in the rural areas – they will find it difficult to sacrifice a loaf of bread for a vote. R20 is a lot of money to others.” This received 30 retweets and 63 likes.

Celebratory tweets also trended yesterday. @UmalambaneZA shared a photograph of one of the semi-finalists in a tweet: “Miss SA finalistFire KZN this is Matsepo Sithole (21) from Pietermaritzburg, a full-time 4th year law student at the University of Pretoria. We will do what we can to stand behind her and give her the support she deserves.” The tweet received 323 retweets and 2,600 likes.

Bongiswa Zongwana retweeted a tweet by Ava DuVernay asking white people to engage other white people on racial issues. The tweet refers to a video by the governor of New York highlighting the social injustices faced by black people in America. Ava DuVernay had tweeted: “White people talking to white people. More of this please. If you’re white and you believe yourself not to be racist, yet you don’…” The tweet received 85,200 retweets, 190,500 likes and over 12.6 million views.

“The sudden cleaning up of all the subtle ways Hollywood was failing at inclusion is so fascinating – and also proof that these fixes could have happened a long time ago,” tweeted Rebecca Ford in response to Jenny Slate’s request to Hollywood to use black people to play black characters on animated shows. According to a recent Hollywood Reporter article, Jenny Slate has until now been the voice behind the biracial animated character, Missy, on the series Big Mouth. The tweet received 1,500 retweets and 5,000 likes. Comments highlighted the availability of work for people of colour in Hollywood, but they were being denied access. The Ikorodu Bois, a group of young black men, shared a video clip of their remake of the Netflix movie Extraction on Twitter: “We so much love this movie and we hope @chrishemsworth and @netflix sees this remake, pls retweet.” The Ikorodu Bois asked Twitter users to retweet their post to create awareness and get the attention of Netflix. The tweet received over 143,700 retweets, 403,100 likes and 9.5 million views, with Netflix commenting that they loved it. 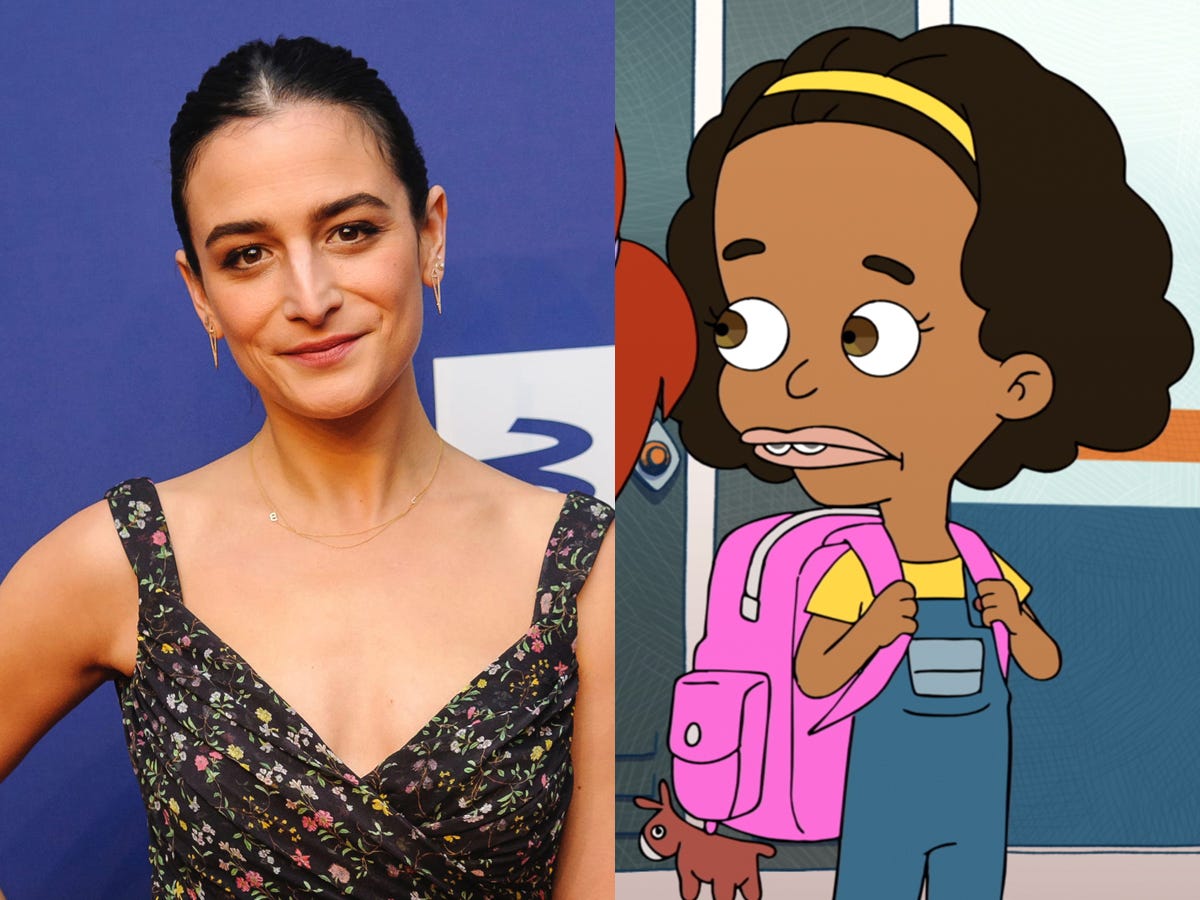 @AdvoBarryRoux joined the conversation by sharing an older video of Julius Malema being interviewed by Debora Patta. The tweet was retweeted almost 1,000 times and received over 2,200 likes. 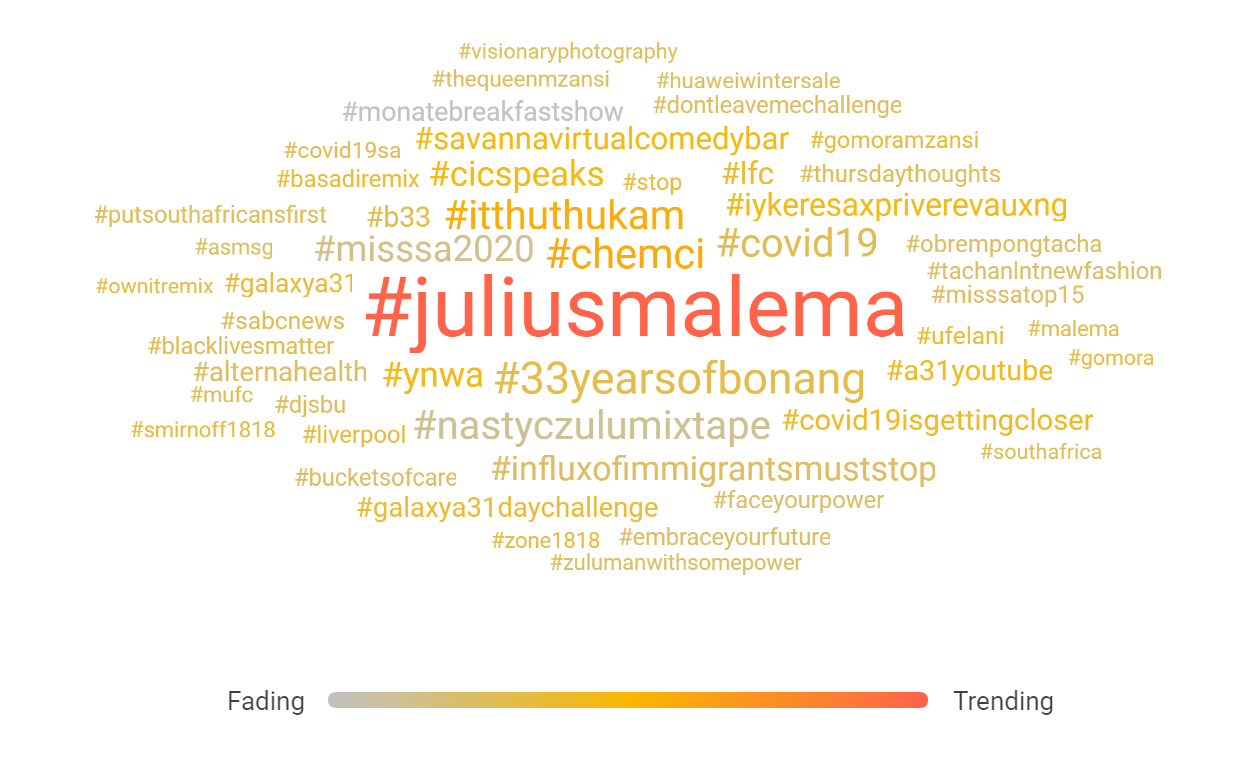 The New York governor tweeted that total hospitalisations in New York dropped below 1,000 for the first time since March. His post, which included the hashtag #NewYorkTough, has been retweeted more than 8,000 times and has received close to 55,000 likes: “Wear a mask, keep 6 feet apart. Wash hands. Stay smart.” Some responders congratulated him, while others felt that he should be addressing the issue of nursing homes and lost seniors.

Tweeting an image of Zweli Mkhize’s statistics for the day, @karynmaughan posted that South Africa has recorded the 5th highest number of Covid-19 cases in the world. A Google search on the total number of confirmed cases worldwide, however, shows that at the time of writing, South Africa was 18th on the list of confirmed Covid-19 cases, far behind the United Kingdom, who are in 5th place with around 308,000 confirmed cases. Responders to the tweet called for Maughan to “get her facts right” and explained that the more than 6,000 positive infections that she mentions in her post were not from tests conducted in the last 24 hours.

Maughan’s account displays a blue tick next to her name indicating that the account is verified. The tweet was retweeted close to 300 times and received more than 200 likes.

One of the responders tweeted the image of a black woman holding a panga to the neck of a white medical practitioner, who is in turn holding an injection in his hand. The post reads, “Is this PR for Bill Gates vaccine?”

Speculation is growing around Wits University’s vaccine trial. @KhandaniM explained in a tweet that those who developed the vaccine should line up with their families and the Wits management team to be a part of the clinical trials. Posted at 10:43, the tweet has been retweeted more than 300 times and received around 670 retweets by this morning.

In response, @TheComingRevol2 tweeted their opinion that sooner or later you may be confined to your yard if you don’t have a vaccine certificate.

Meanwhile, comedian Giulia Rozzi tweeted that she had just found out that she has to wear a mask while giving birth. The post continued to trend throughout the day: it has been retweeted more than 35,000 times and received around 250,000 likes. Rozzi explained that if she could wear a mask while giving birth, other people can wear masks to buy their Cheez Wiz at Costco, referring to the dissenters in the United States who have refused to wear masks to gain entry to stores. DM