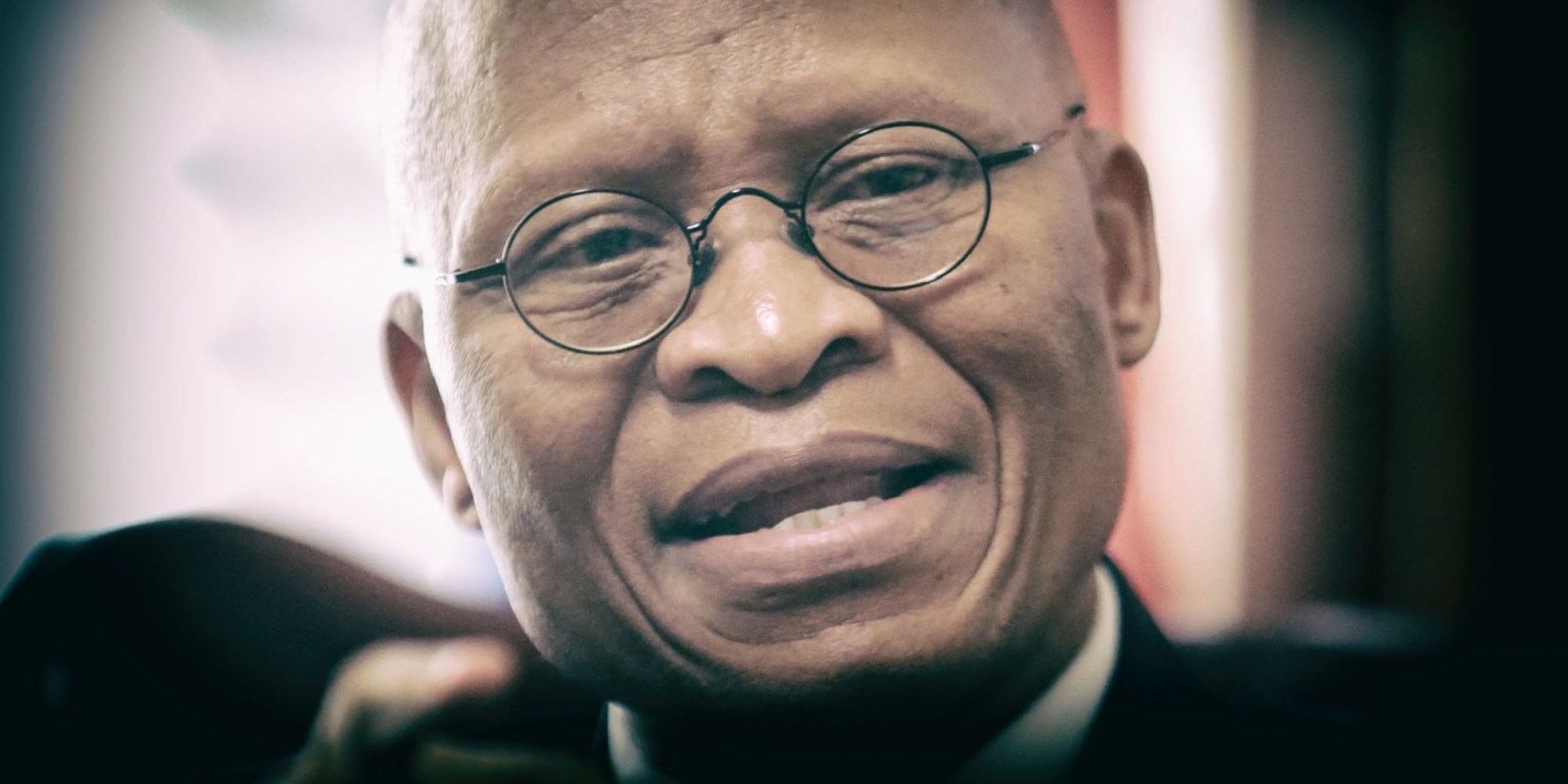 Chief Justice Mogoeng Mogoeng’s recent remarks in support of Israel have been criticised by many, including the ANC and religious leaders in South Africa.

In a recent webinar with the Jerusalem Post, Chief Justice Mogoeng Mogoeng made misleading theological and political remarks about the Israel-Palestine conflict, which it would be remiss for the Christian community to leave uncorrected.

This is because the chief justice is our nation’s top judge, and could therefore be presumed to be offering a fair and just opinion about the crisis in the Middle East which, sadly, he has not done. Also, as a Christian leader in his own right, he has pronounced on a matter that affects, and may very well enable, the suffering of millions of Palestinian people at the hands of the state of Israel.

Let us start with his reading of Nelson Mandela. Like many who selectively appropriate Mandela and his legacy, the chief justice ignores the long and bitter struggle that Mandela waged against the apartheid regime, and hurries to point to his willingness to forgive.

We can only remind the honorable chief justice that the TRC was only possible after the new non-racial democratic government was installed, with a new Constitution that represented all South Africans. Not before. Forgiveness and reconciliation are a given, but are a step in the journey of righting wrongs.

In his lifetime, Mandela reminded South Africans that we are not free until Palestinians are free. He openly identified with the struggle of Palestinians. It would be to abuse his legacy to preach reconciliation to the oppressed while their oppressor’s knee is still on their neck. Mandela did no such thing. Indeed, this is the reason he called for the armed struggle even before it was official policy in the ANC.  Israel is, even at this very moment, seeking to annex more Palestinian land to satisfy its insatiable appetite for territory. Israel’s knee is still on the neck of Palestinians, with ever increasing pressure.

A more consistent use of Mandela’s legacy would be to insist on the rights of Palestinian people for self-determination in their ancestral land.

Secondly, the chief justice has fallen into the trap laid by Zionists for millions of unsuspecting Christian fundamentalists. The trap is this: there is an often misquoted statement in the Bible that “those who bless Israel will be blessed and those who curse Israel will be cursed”.

Wresting this text from its context, Christian fundamentalism has come to believe that to critique the current political state of Israel, or to call it out for any of its numerous breaches of internationally accepted standards of basic human rights and decency, is to curse Israel. It is for this reason that, when South Africa censures the state of Israel for its human rights violations against Palestinians – even by doing something as mild as recalling its ambassador to that country – it is seen as “cursing” Israel.

As a consequence, because South Africa dares to stand for the human rights of oppressed people in Palestine and against the racial discrimination meted out by Israel, we qualify for the wrath of God. That is the trap the judge has fallen into.

It is not clear whether this is because the judge and those who share his view – and there are many – chooses to be blind to the atrocities committed by Israel because they are self-preserving and hungry for blessings, or whether they really believe that God, who we have come to understand better in the face of Jesus Christ, is an unjust God.

Put another way, their sense of self-preservation trumps their social conscience and their love for the other as they love themselves. Whatever the reason, they are happy to throw Palestinian people under the bus of Israeli avarice, because they believe that this will earn them the blessings of the heavens.

This is a tragic travesty, and a negation of everything the Christian gospel stands for.

The chief justice ought to know there is another way to ensure the blessings of God. Even the Hebrew prophets of old were blunt in addressing ancient Israel: “He has shown you, O man, what is good. What does the LORD require of you, but to act justly, to love mercy, and to walk humbly with your God?” – Micah 6:8.

It is in defence of the Christian gospel that we must renounce, in the strongest terms possible, any discrimination against the Palestinian people under cover of the Bible. The Christian scriptures clearly teach us that in Christ, there is neither Jew nor gentile.

In these days of Black Lives Matter, we are reminded again to be suspicious of any ideology that holds one race to be superior and more entitled than another.

The lives of Palestinian people are systemically and structurally rendered worthless on the basis of their racial group, while the state of Israel continues to annex more and more of their land, with impunity. Palestinians, and indeed all blacks everywhere, are entitled to freely breathe.

All this is not to take away from the commendable work done by the chief justice, and the country is much indebted to him for his contribution in the highest court in our land. It would be wrong, however, to suppose that this qualifies him to be a competent public theologian able to authoritatively make such sweeping statements about the struggle of the Palestinian people.

The theological/religious challenges in that conflict require more humility from Christians everywhere. The chief justice would do well to listen to the concerns of Christians leaders in Palestine

Lutheran pastor Munther Isaac and Father Jamal Khader, a Palestinian Catholic priest – both from Bethlehem – wrote in the Israeli newspaper Haaretz  on 5 May about the planned annexation of the West Bank:

“The plan transforms the Holy Land into a ‘Zionist fairyland’ for the enjoyment of extreme Christian evangelicals and Jews, while the local Christian population remains subjugated under Israel’s coercion. In fact, the plan maintains a cruel and artificial separation between two cities with key Christian holy sites – Bethlehem and Jerusalem.”

Sadly, the chief justice has taken his place among the extreme Christian evangelicals who reduce the lives of Palestinian people to cruel misery. DM/MC

Rev Moss Ntlha is the General Secretary of the Evangelical  Alliance of South Africa, and is involved in various church-based initiatives for social justice.