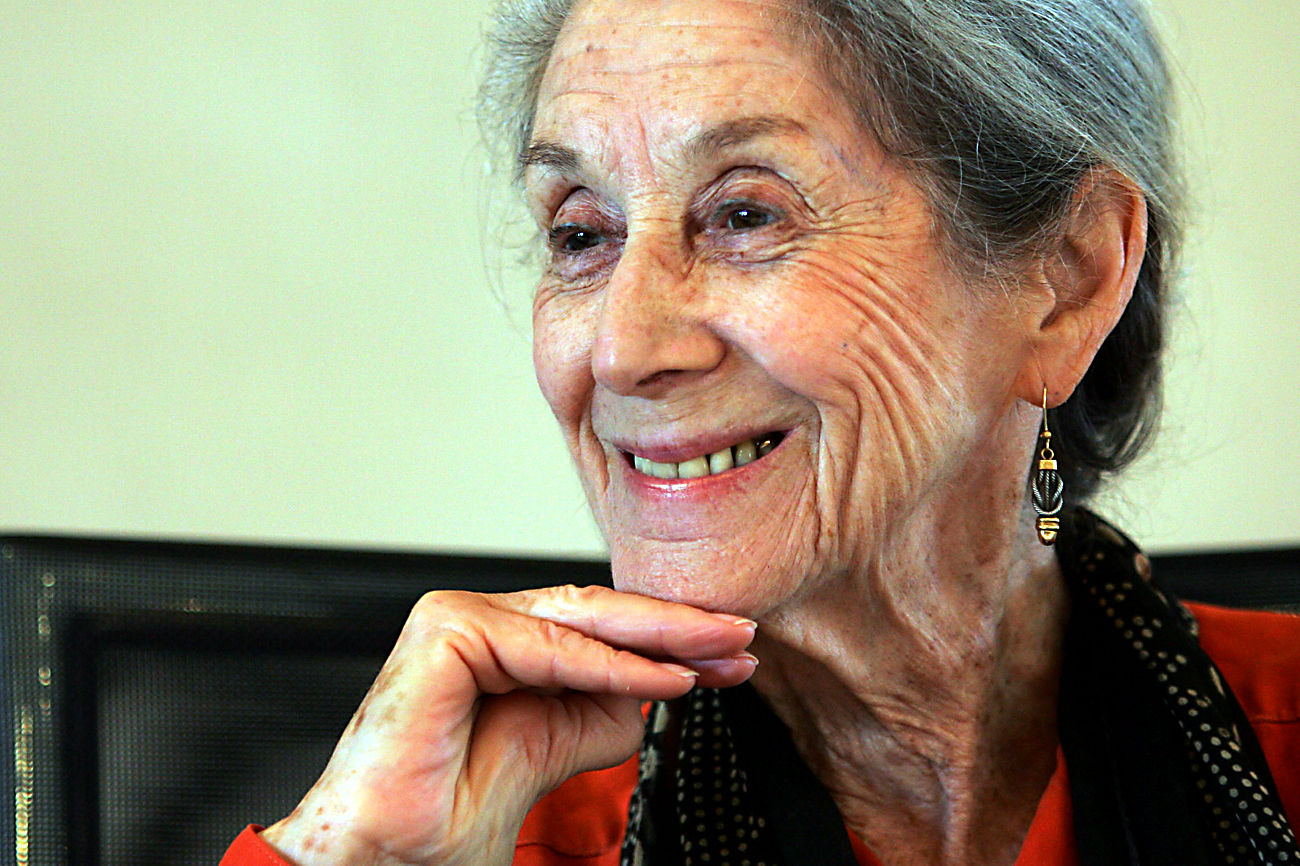 This is a summary of the trending, highest impact, and most active themes and their narratives related to social cohesion and division in South African public-domain social media conversations on 24 June 2020. Global trends impacting on South Africa are also included.

Conversations about race yesterday invoked a poignant quote from Nadine Gordimer’s 1953 novel The Lying Days, tweeted by @NadiaDavids9. A white character in the novel describes living with racial inequality in South Africa: it’s “like having a picnic in a beautiful graveyard where the people are buried alive under your feet”.

The tweet was retweeted over 200 times and liked over 350 times, on a day when political parties drove a large volume of discussion on two of the top 10 leading topics on Twitter: “people” and “black”, which had over 66,000 and 26,000 mentions respectively.

Helen Zille’s tweet on 21 June that “… there are more racist laws today than there were under apartheid,” drove volume on Twitter yesterday following a news article  interrogating Zille’s claim. The Citizen ran a story yesterday saying DA leader John Steenhuisen opposed Zille’s views, but agreed that all racist laws are wrong.

@QaanitahHunter said senior black DA members had lodged formal complaints, in a tweet that received almost 400 likes and over 230 likes. Black DA members drew some criticism from @NhlenhleKhumalo, who tweeted, “At what point did DA black members seriously believe that a political party founded and led by white liberals with their ‘polite racism’ actually cared about the wellbeing of black people? How naive are you  to not see that your blackness is being used as political clickbait?”

@mbalimcdust tweeted: “Helen should be thanked for her service and retire now, no?” This tweet received over 2,200 likes, 436 comments and was retweeted over 780 times.

@miss_andisa’s tweeted, “Helen Zille hasn’t lost her mind. She’s just racist. I don’t even know what people who engage her are trying to achieve.” This tweet was one of the top 10 tweets by reach, with a total reach of over 181,000, was retweeted almost 600 times and was liked over 1,500 times.

Other political leaders also voiced their dissent. The EFF’s @MbuyiseniNdlozi tweeted: “There is more racism in Helen Zille’s head than there were racist laws under apartheid.” His tweet was retweeted 756 times and received over 4,100 likes. 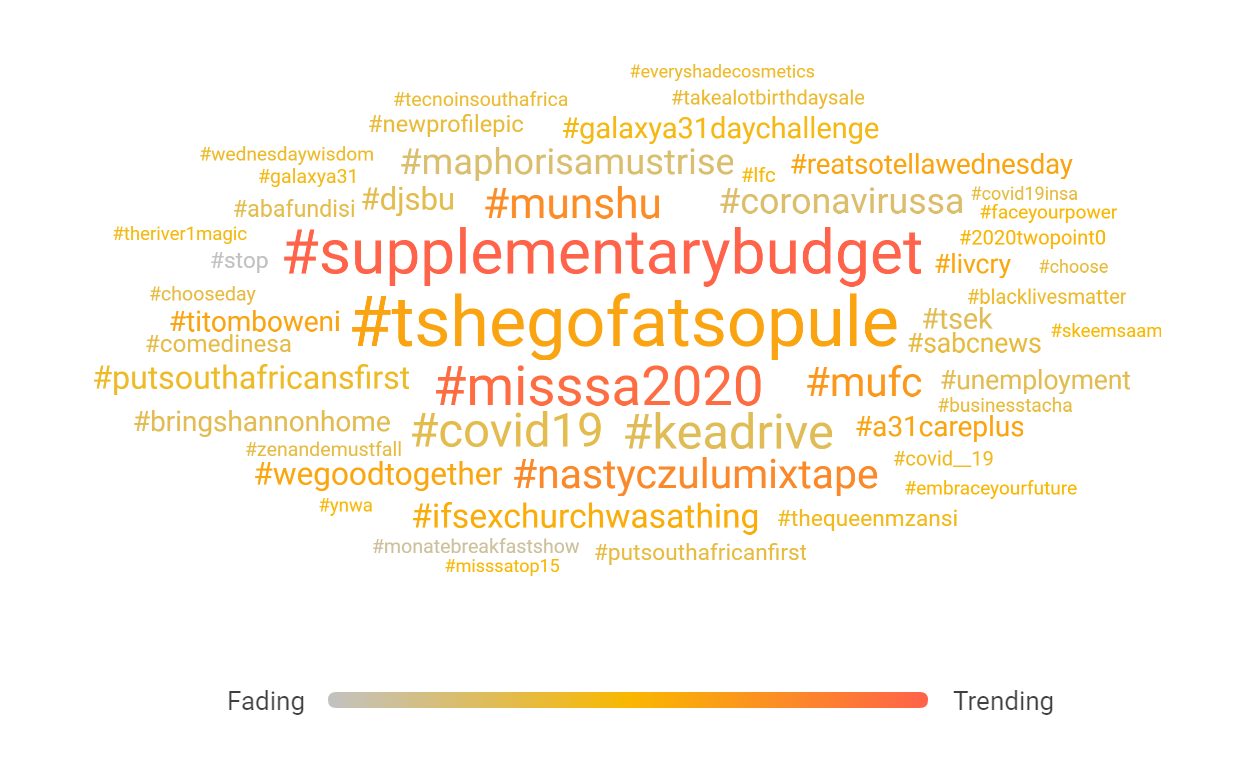 Following the supplementary budget speech by Finance Minister Tito Mboweni, the ANC was criticised for the country’s problems. @Fin24 shared a quote by the minister: “Never before has government worked together so closely with the private sector, labour, community and the central bank.” The tweet received just five retweets and nine likes.

@Richards_Karin tweeted, “Gvt scratching around borrowing R1-billion here and R1bn there, in order to fund the giant budget shortfall. And yet, they continue to throw away R1-billion every month on the cigarette ban. Why? Why would you persist in doing that? It is simply incomprehensible.” The tweet was retweeted 328 times and received almost 1,000 likes. 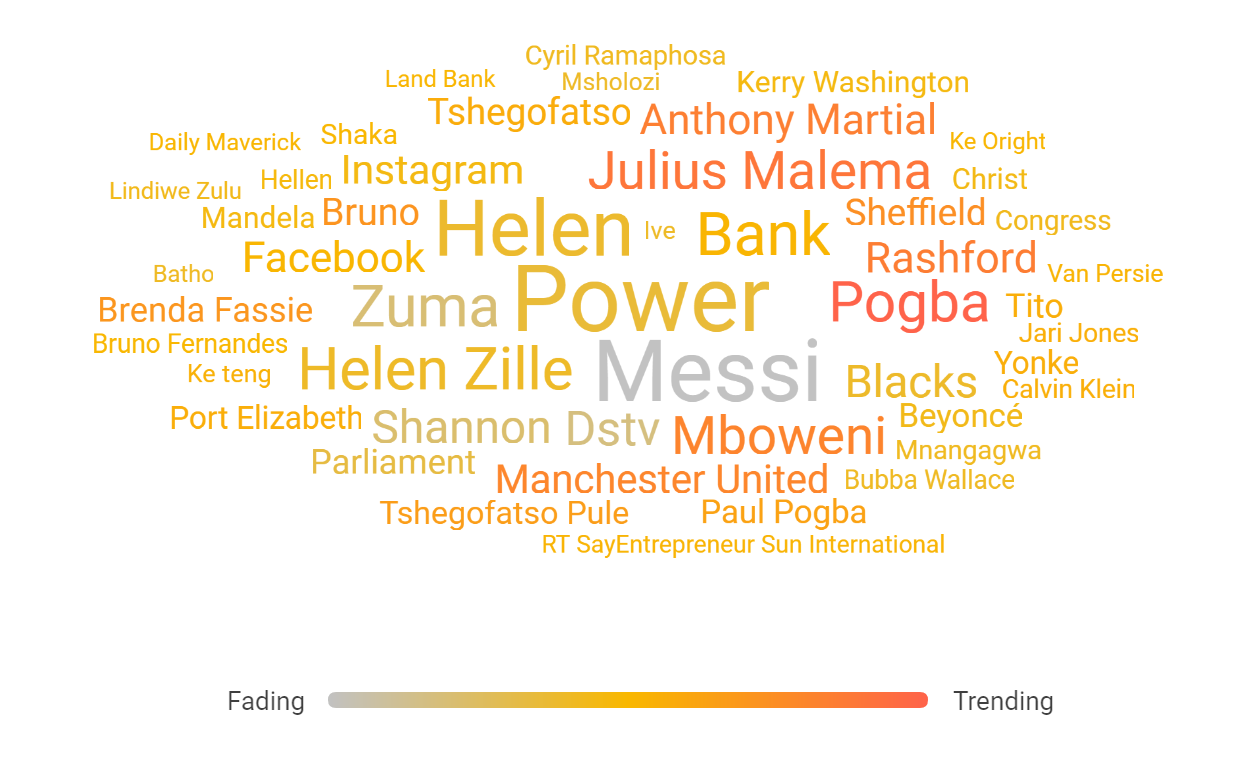 @EFFSouthAfrica tweeted: “CIC @Julius_S_Malema will be in conversation with 5 Journalists that will have the opportunity to ask him any question. The public engagement will therefore take place under the following details: Date: 25 June 2020. Time: 12h00 (GMT+2). Venue: EFF HQ. #CICSPEAKS.” The tweet received 503 retweets and 1,200 likes.

Many social media welcomed this move as a show of transparency. Twitter user @uNtandoSindane tweeted, “Tomorrow, Julius Malema is voluntarily subjecting himself to public scrutiny & interrogation over the VBS saga. 5 journalists, incl Pauli van Wyk, will be given carte blanche to interrogate him. We have never seen anything like this before in SA. Tis called ACCOUNTABILITY!” The tweet gained traction with 635 retweets and 1,900 likes.

Others criticised the event, highlighting the “ban” on some journalists and media outlets from EFF public engagement platforms. @EFF shared a screenshot of a tweet by journalist @PaulivW: “Daily Maverick and amaBhungane are still banned from EFF press conferences. I will consider attending open and equitable press conferences when we are officially and publicly unbanned.” The screenshot was accompanied by the message: “Julius Malema publicly invites this propagandist liar Pauli Van Wyk for a face to face to discuss the rubbish she says about Malema and EFF having stolen VBS money and corrupt tenders and this is her excuse. Mind you she goes around saying Malema looted VBS bank.” This received 46 retweets and 121 likes. 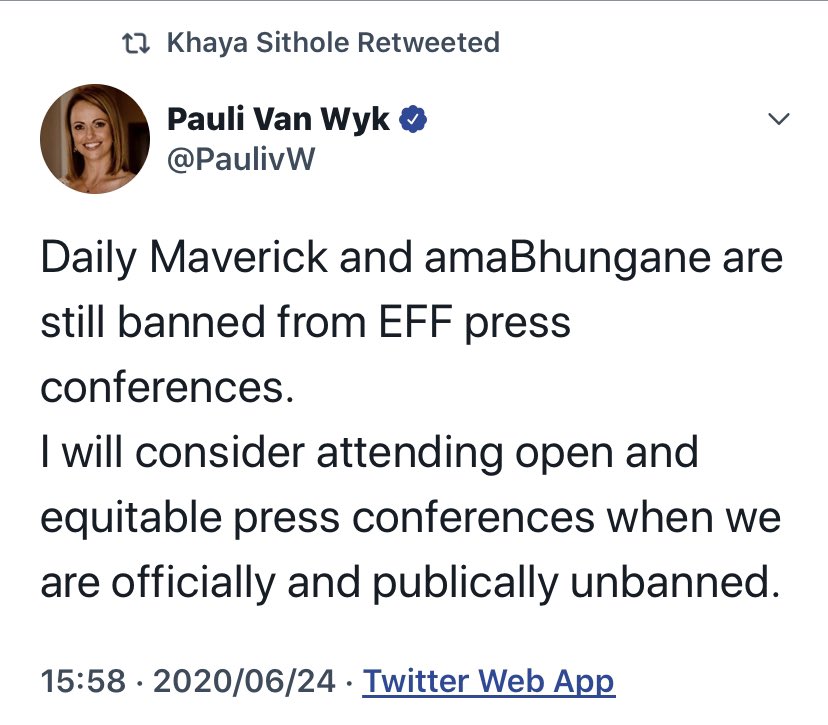 At 21:22 last night, @wavyemma tweeted: “ALL black women matter. including trans black women.” The tweet received more than 1,400 retweets and 3,600 likes by this morning. Commenting with a screenshot of their timeline, @Quote_me_on_it tweeted, “Look at my timeline. I LOVE IT!!!!” A few comments on the tweet linked to various Go Fund Me accounts for people to donate money to specific causes, like Leandra Ericah, who appealed for donations for a black trans woman who needs medical help for gender transition. The validity of these Go Fund Me accounts has not been established.

@AfricaFactsZone tweeted the image of a woman holding a metallic nugget. The tweet claims the woman pretended to be a man to get a job on a mine during a time when women were not allowed to be employed as mine workers. She has built homes for her parents and owns her own mining company with 70 employees. Miners apparently didn’t know that she was a woman, until she was accused of rape. The tweet has already been retweeted more than 2,000 times and has received close to 5,000 likes.

A BBC news article on the woman, found in the comments of the Africa Facts Zone Post, reads, “I acted as a man to get work – until I was accused of rape.” Many of the comments empathised with the struggles women face, for example, @hdswishin’s tweet: “I think this is proof of the unfair advantage men have in some parts of the world…”

Many Twitter users, including the semi-finalists, shared their excitement on social media. @abigailmusida tweeted a photograph of herself, along with the message, “Happy to announce that I’m one of the top 15 semi-finalists for @official_misssa 2020. Thank you so much for the wonderful support and love that I have been receiving from each one of you. it’s time to vote, so let’s go get em’ #misssa2020 #faceyourpower #embraceyourfuture.” The tweet gained traction with 2,100 retweets and 12,600 likes.

Another semi-finalist, @SitholeMatsepo, shared her photograph in a tweet: “Hey guys, I am ecstatic to announce that I am part of the Miss SA 2020 TOP 15😭  Thank you so much for the support. 🙏🏽♥️ #MissSA2020 #faceyourpower #MatsepoforMissSA #embraceyourfuture. Photographer:  (@yuvikphoto). Image edited by: (@willembotha). Hair & make-up: (@fancy.friction)”. The tweet received 581 retweets and 5,300 likes. DM.