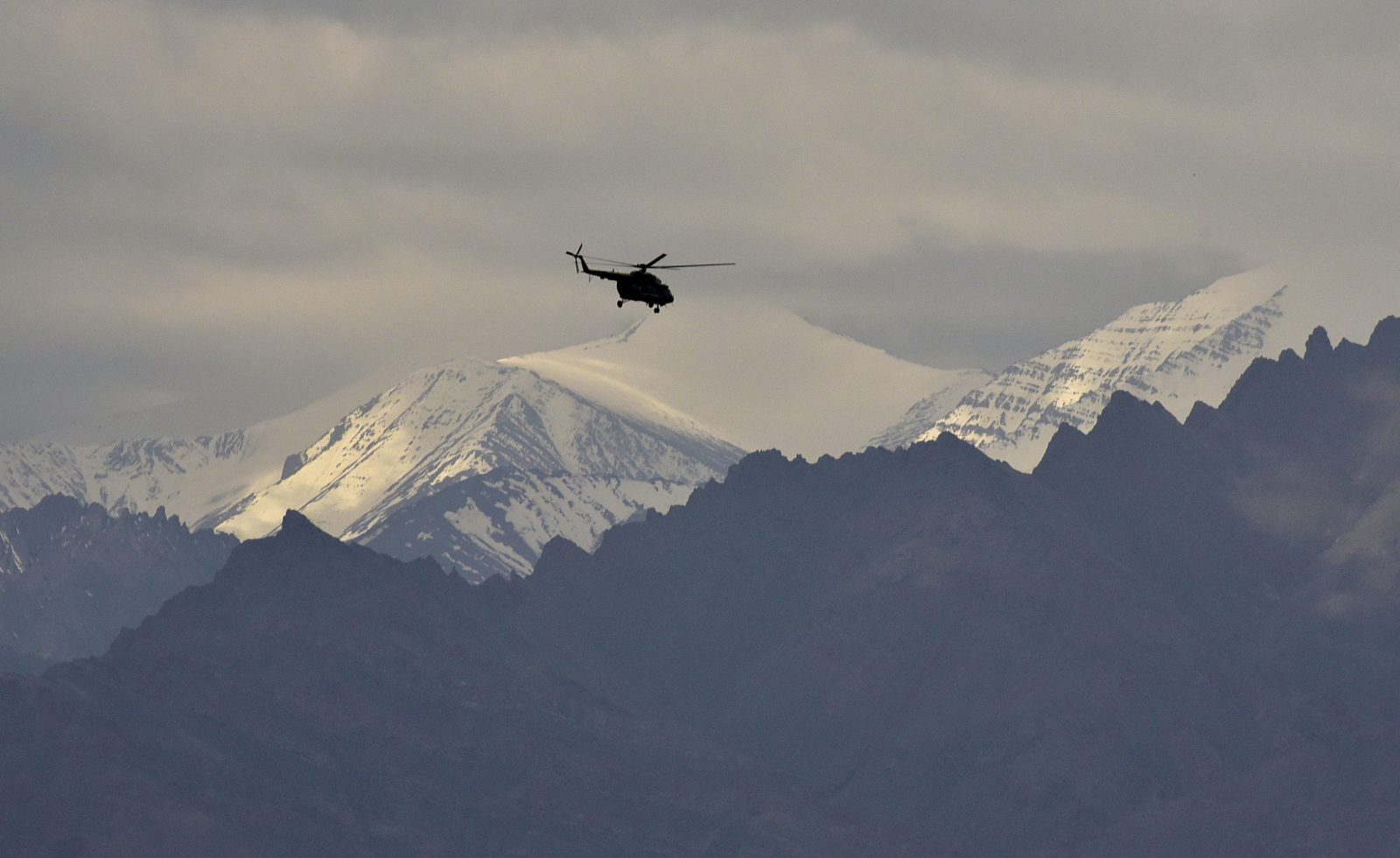 epa08505740 Indian air force helicopter flys above the mountains near Leh, Ladakh, India 24 June 2020. According to news reports, twenty Indian Army personnel, including a colonel, were killed in a clash with Chinese troops in June, in Galwan Valley of the eastern Ladakh region. EPA-EFE/STR

SINGAPORE/NEW DELHI, June 25 (Reuters) - China appears to have added new structures near the site of a deadly border clash with India in the western Himalayas, fresh satellite pictures show, heightening concerns about further flare-ups between the nuclear-armed neighbours.

Indian and Chinese military commanders agreed on Monday to step back from a weeks-old standoff at several locations along their disputed border following the June 15 clash in the Galwan Valley in which 20 Indian soldiers were killed.

The satellite images showing new construction activity in the week following the brutal hand-to-hand combat underline the challenge of disengagement and the risk the accord could still fall apart because of overlapping claims in the arid territory.

The pictures shot on Monday by U.S.-based space technology firm Maxar Technologies show what appear to be extensive Chinese structures on a raised river terrace overlooking the Galwan River.

India says the area where the structures have sprung up are on its side of the poorly defined, undemarcated Line of Actual Control or the de facto border between the two Asian giants.

China says the whole of Galwan valley, located at about 14,000ft (4,300m), is its territory and blames Indian troops for triggering the clashes.

The new activity includes camouflaged tents or covered structures against the base of cliff, and a short distance away, a potential new camp under construction with walls or barricades. The camp was not seen in pictures made available to Reuters the previous week.

Nathan Ruser, a satellite data expert at the Australian Strategic Policy Institute, said the buildup suggested there was little sign of de-escalation.

“Satellite imagery from the Galwan Valley on June 22nd shows that ‘disengagement’ really isn’t the word that the (Indian) government should be using,” he said in a post on Twitter.

On the Indian side, defensive barriers can be seen in the latest images which were not visible in pictures taken in May. An Indian forward post appears to be scaled back compared with images a month ago.

China’s foreign ministry did not immediately respond to requests for comment on the apparent activity.

India’s defence ministry also did not respond to a request for a comment.

Indian military officials have previously said they will be closely monitoring the planned disengagement process and verify it on the ground.

“There is a trust deficit so far as the Chinese are concerned,” said former Indian army chief Deepak Kapoor.

“So if they are telling us verbally they are ready to pull back, we will wait to see it on the ground. Until then the armed forces will be on alert.” (Reporting by Simon Scarr and Sanjeev Miglani; Additional reporting by Tony Munroe in Beijing; Editing by Lincoln Feast.)