Malema denial: ‘I will resign if municipalities say I influenced VBS deposits’ 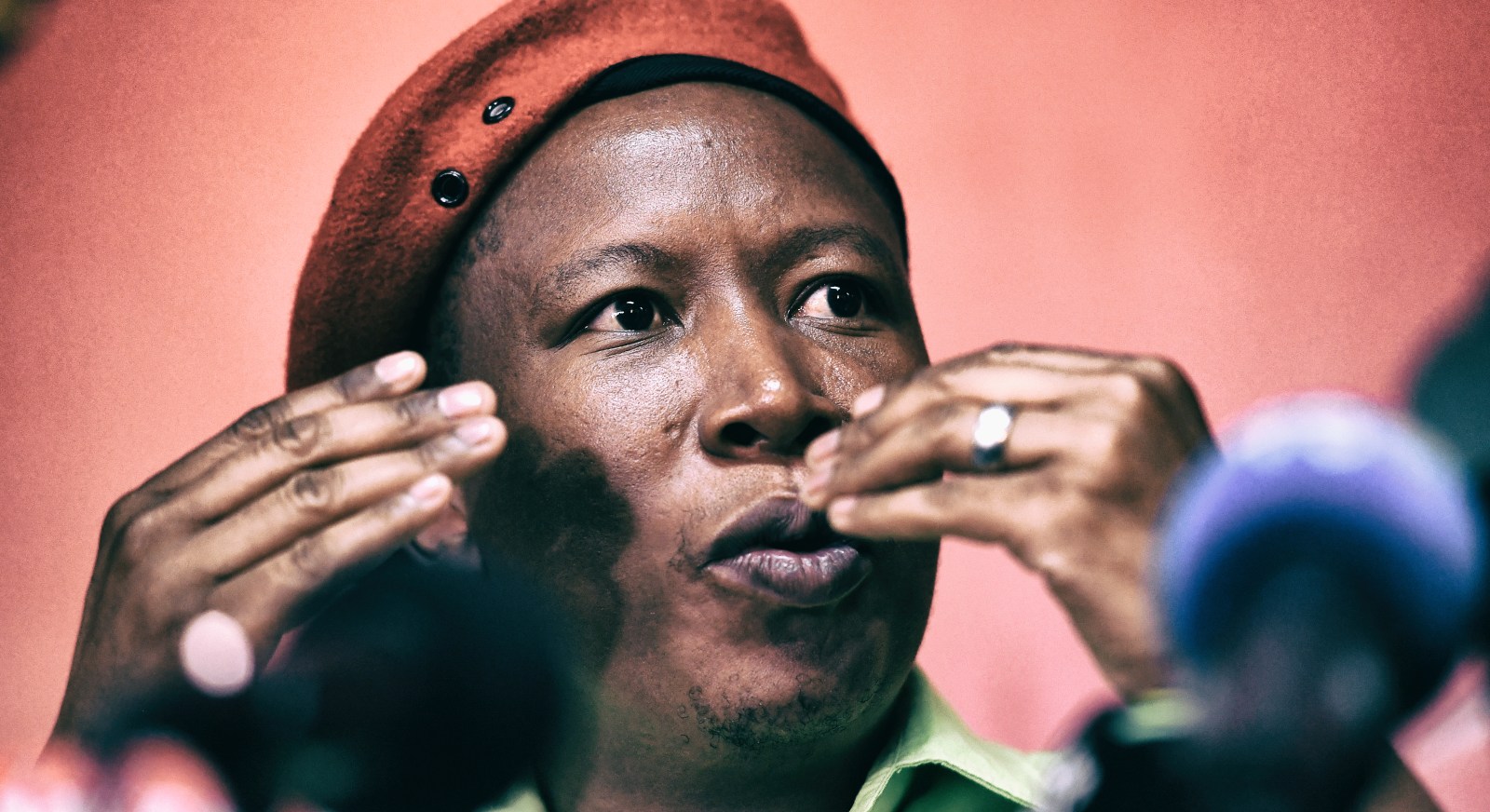 In a briefing with journalists on Thursday, EFF leader Julius Malema denied he or his party benefited from the looting of VBS Mutual Bank. He said he would resign as party leader if municipal leaders, who made deposits with the bank, claim he influenced their decisions.

“I want to tell you now that if there is any municipality that can say we put money into the VBS because Malema said we must do that, I will resign all the positions of the EFF without hesitation,” said EFF leader Julius Malema in a conversation with journalists on Thursday, 25 June 2020.

Malema was speaking to the media after multiple people have been arrested for looting billions from VBS Mutual Bank, which largely relied on deposits from municipalities across the country.

Van Wyk, who is based in Cape Town, did not attend Malema’s briefing with a limited number of journalists on Thursday, tweeting, “Daily Maverick and amaBhungane are still banned from EFF press conferences. I will consider attending open and equitable press conferences when we are officially and publicly unbanned.”

On Wednesday, Malema had tweeted, “Upon advice of my son, who insisted that if @PaulivW is not amongst these 5 journalists, it will look like I have something to hide. I have spoken with EFF and requested that @PaulivW must also be allowed to form part of this public interrogation session of myself on anything!”

The briefing was attended by Samkele Maseko from SABC, Aldrin Sampear from Power 98.7, Matshidiso Madia from News24 and Mahlatse Mahlase from Eyewitness News. Radio presenter Eusebius McKaiser was also invited but was unable to attend, according to the EFF.

Malema strenuously denied he or the EFF benefited from the looting of VBS. He claimed his cousin travels with him regularly, which explains why expenses on the Mahuna account appear to follow his movements.

“I’ve never benefited any cent from VBS and why would I benefit from VBS, in exchange for what?” he asked.

“I’ve got no one close to me who benefited from VBS,” he claimed.

“The money my brother uses is not the money of VBS. It’s the money of his company that comes from all types of sources.”

“My cousin has never used any VBS money.”

“My brother is always where I am,” he said. “There is no problem if he’s card is used where I am.”

“What he does with his own money and his own card is none of my business.”

The EFF leader claimed the VBS accusations were part of a long-running smear campaign aimed at delegitimising his stance against corruption, which he said was orchestrated by Public Enterprises Minister Pravin Gordhan and dated back to the criminal charges against him relating to the allegedly unlawful tender for On-Point Engineering, of which Malema was a shareholder, received from the Limpopo government.

“There isn’t any prima facie evidence in the EFF of any wrongdoing,” he said.

“You must not ask me questions as if I’m the one who decides whether I get charged or not. They must charge me if that is the evidence.”

The On-Point Engineering case was struck off the court roll in 2015, but prosecutors revived the case in 2019. This time, however, they did not charge Malema.

“Why are people not being arrested? Why are we not being charged?” he asked on the matter, suggesting there was no evidence against him.

Malema said he spoke to his colleagues in the EFF after the VBS allegations emerged, but the party did not launch an official investigation into Brian Shivambu’s actions. He said Brian Shivambu was cooperating with the VBS liquidators. DM