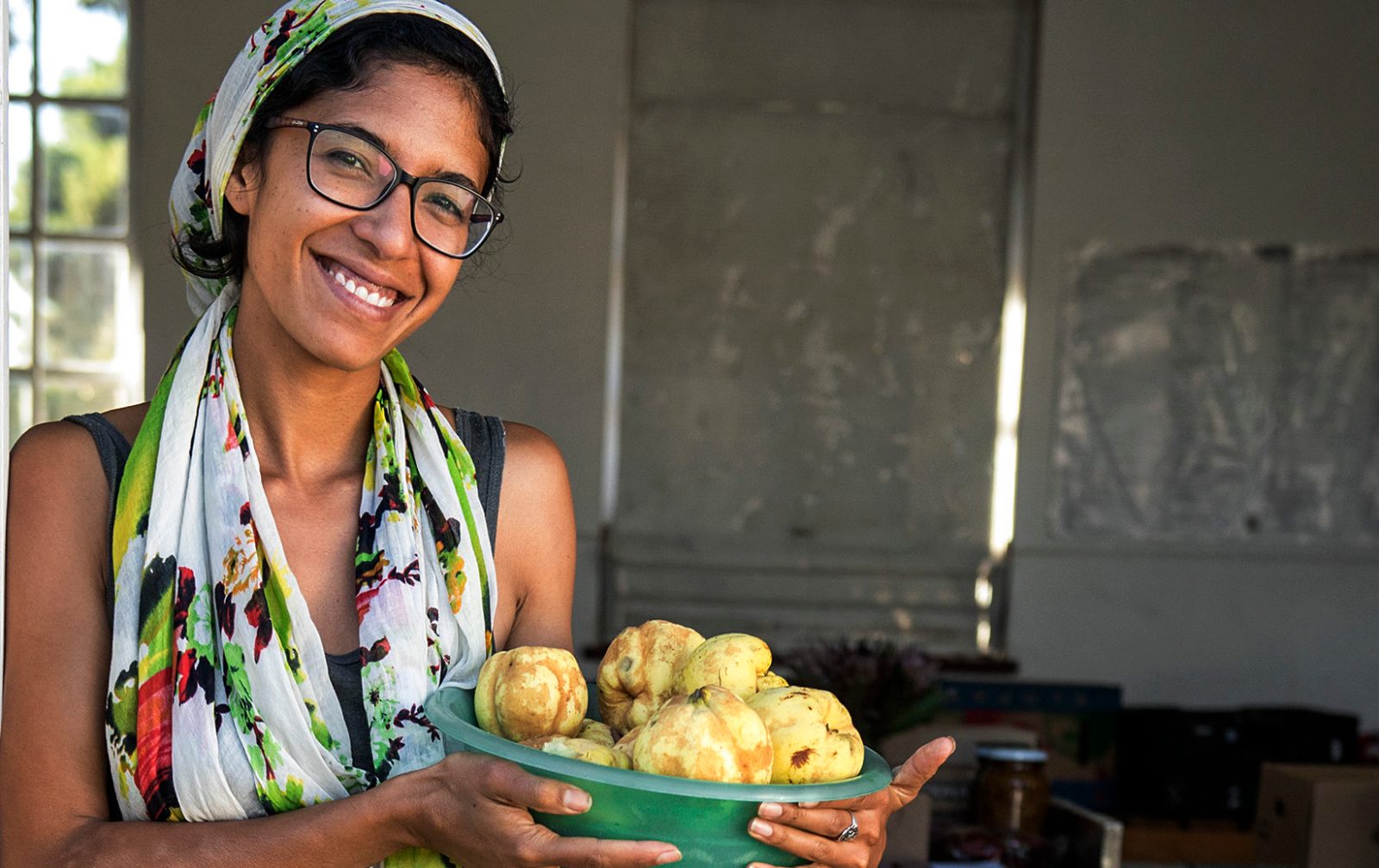 Defending seed and soil is Zayaan Khan’s way of standing up for people who remain casualties of profit turned to greed, and structures built on plunder and pillage.

Pizza is just pizza, except when it’s political. Food, land and seed activist Zayaan Khan delights in the fact that baked dough with toppings can be both of these things at the same time, because food is how she tells the story of life.

For Khan, food, its origin stories from seed and land, and its potent symbolism of access, control, gluttony and waste are at the centre of what’s worth standing up for. And it’s how she’s come to add “activist” to the list of nouns that describe her.

Pushing back, challenging the status quo and walking unexpected paths came with Khan’s growing up years in the 1990s. Democracy arrived as a shiny new promise, then corroded fast into the rust of disappointment and more unanswered questions.

“I was about 10 years old when apartheid ended and it was like everything was going to change. But one year became a presidency term, another 10 years and now another 10 years,” says Khan. Her parents were among the people forced out of District Six. It yoked to her heritage hardened layers of rupture, disruption, separation and segregation.

Studying journalism at Rhodes University in the early 2000s was meant to be freedom from school but it only deepened her disenchantment.

“I wasn’t learning anything and it wasn’t challenging so I dropped out and turned to plants and studied horticulture and landscaping instead. You can study plants for 150 years and there will still be something to learn.”

Plants, the environment, biodiversity and the interconnectedness of land, seed, rights and life moved into even sharper focus when she starting to work at the Surplus People Project (SPP), an NGO based out of Salt River that had as its mission statement:

“Challenging neoliberal capitalism, power and patriarchy and to promote and advocate for agrarian reform for food sovereignty with strategic alliances… in the Northern and Western Cape.”

The reality beyond mission statements though was that Khan was still handing food out to people begging at traffic lights and living in one of the most beautiful cities in the world with one of the ugliest stories of inequality to tell.

“I grew up with the history of separation, with a chip on my shoulder of not being white enough but at the same time having privilege compared to others living in a city like Cape Town.

“I expected from democracy a response to poverty, not further alienation of people in need. I guess I also expected some kind of freedom and that never happened,” she says.

Her focus on land and its complex, varied meanings to different people also deepened her work of looking at humans’ relationship with food. Food and food rituals, after all, mark belonging and culture and connect us to those who’ve come before us. She also points out how industrialised food production has put distance between humans and indigenous knowledge; and consumerism in overdrive plays into the hands of corporate power with its patents and price tags.

“I do want to give voice to these ‘inanimate’ things like land and seeds and part of how I work is to find a way for people to hear the message,” says Khan.

Khan says it’s become a journey that’s allowed her to know herself better, to find peace in her frailties, her body, her identities, and her religion. In turn, it allowed her to work with more personal authority and that in turn has had great impact.

She might offer a soft landing because she recognises that everyone is on their own journey, but she doesn’t ease up on drawing a thread through how food, land and seeds are bound in a tight knot with colonisation, white dominance, patriarchy and corporate greed. These are the systems and structures that need dismantling, no more excuses, she says.

Her voice is about fine-tuning her message by understanding an audience and understanding context. She says: “You have to meet people halfway rather than to become evangelical.”

It’s one approach when she’s protesting outside Parliament, another for addressing a workshop at a university and something different for her social media followers or working with people on a rural farm. There’s also the times she’s been told to “just sit down” and sometimes she’s done just that too.

Khan says it’s become a journey that’s allowed her to know herself better, to find peace in her frailties, her body, her identities, and her religion. In turn, it allowed her to work with more personal authority and that in turn has had great impact.

“These days I work a lot through art and healing and I’ve seen the effects it had in being able to get people inspired and to build their own capacity and to take on their own projects,” she says.

She’s also built networks and collaborations around the world through getting platforms of art, healing and activism to merge and for multiple agendas to intersect. It’s strengthening a web, like any strong ecosystem.

Khan is a new mom this winter and with new life cradled in her arms, she has heightened awareness of human beings’ impact on the planet and the responsibility we have in how we become the best custodians of the land for the next generation.

“I think about what solids Qadr will be eating in about six months’ time and I want him to be able to taste all the seasonal, wild things that will be fruiting at that time,” she says, cooing her little one to sleep as husband Tariq orders pizza for the couple.

Qadr’s first solids may also be something from the countless jars of preserved foods and fermented bounty that come from the family’s garden. It’s also in this garden that Khan’s been growing plants for mother stock of seeds for her ongoing seed library project, called the Seed Biblioteek. It’s something that she’s been working on for years to push back against seeds vanishing with shrinking biodiversity and becoming the property of corporate interest.

Whatever solids Qadr tastes first matter less though than the hope that he tastes for sensory pleasure, tastes to know his connection to the land, the miracle of food grown from seeds and ultimately that he receives the food as an offering nurtured by his mother’s own hands. DM/MC