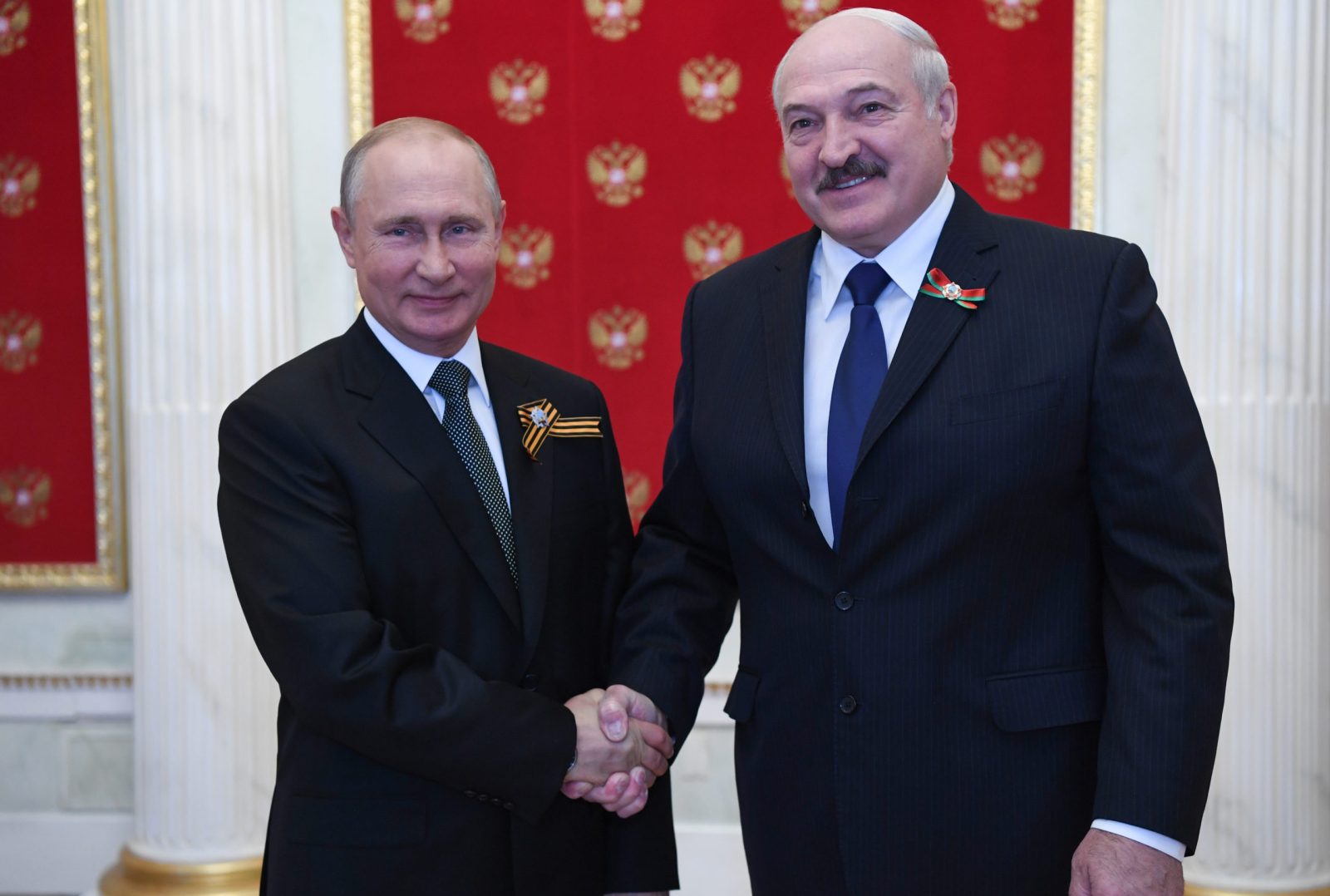 Russian President Vladimir Putin (L) shakes hands with Belarus President Alexander Lukashenko (R) during their meeting in the Kremlin in Moscow, Russia, 24 June 2020. Alexander Lukashenko arrived in Moscow to attend the military parade marking the 75th anniversary of the victory over Nazi Germany in the World War II which takes place in the Red Square on 24 June 2020, as the traditional troops parade as part of the Victory Day Parade which is annually held on 09 May, was cancelled due to Covid-19 epidemic in Russia. EPA-EFE/ALEXEY NIKOLSKY / SPUTNIK / KREMLIN POOL MANDATORY CREDIT

The former collective farm boss, who has ruled Belarus for 26 years and allowed little dissent, said he would discuss the alleged meddling with Russian President Vladimir Putin. He did not say when.

Lukashenko, 65, faces the strongest challenge in years to his hold on power in the Aug. 9 election as frustration mounts over his handling of the coronavirus pandemic and grievances grow over the economy and human rights.

In comments made while appointing new ambassadors, Lukashenko said external forces stood behind his opponents and were disseminating information discrediting him and his family members.

“It’s clear that the puppeteers are behind them. They are on the one side and the other side. They live in Poland and are supplied from Russia,” he said. “We will talk about this with President Putin in the near future at a meeting.”

Belarus sovereign bonds fell as much as 2.5 cents after Lukashenko’s comments.

“Russia has never, is not and does not intend to interfere in election processes, particularly in the ones of our Belarusian ally,” he told reporters.

Relations between Belarus and traditional ally Russia have been strained in recent months as Moscow reduced subsidies that have propped up Lukashenko. But a crackdown by Lukashenko on opponents is likely to hinder his efforts to mend fences with the West.

A top security official under Lukashenko has accused Viktor Babariko, widely seen as Lukashenko’s most powerful electoral opponent, of being controlled by Russian “puppeteers”.

Babariko was head of Belgazprombank, the local unit of Russia’s Gazprombank, before running for president. Lukashenko said the bank’s money was being used to finance Babariko’s campaign and the authorities have opened a criminal case against the lender.

Babariko’s campaign team called the allegations against him “an absurdity”. He was arrested last week, sparking a new round of protests. Human rights activists say 360 people were arrested in a subsequent crackdown in recent days. (Writing by Matthias Williams, Editing by Timothy Heritage)