‘Another world is on her way.’ We need a government with new, pro-poor ideas 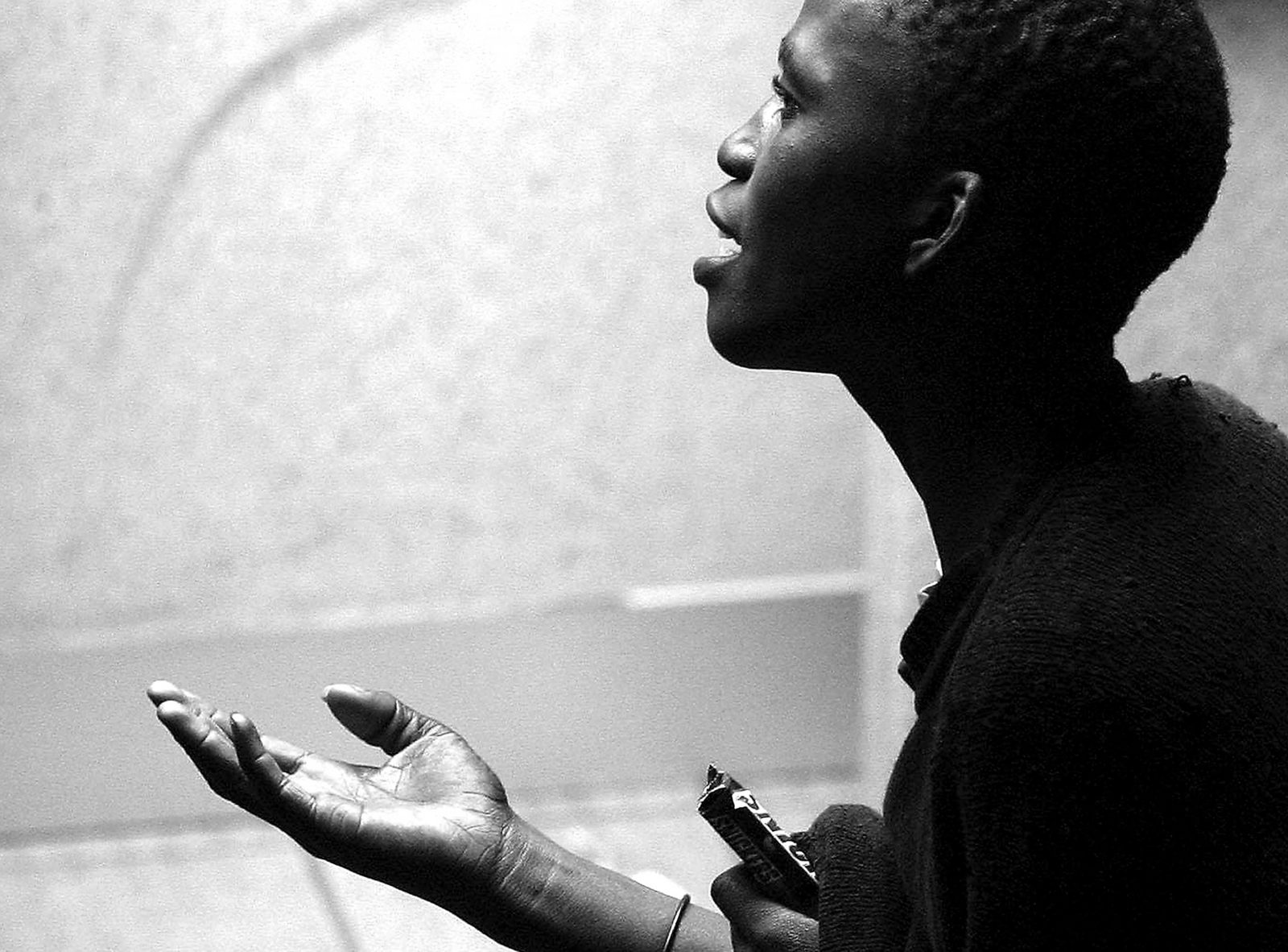 As we watch the world being changed by Covid-19, many have turned to the words of author and activist Arundhati Roy: ‘Another world is not only possible, she is on her way. On a quiet day, I can hear her breathing.’

Countless activists, academics and economists, reflecting on the coronavirus and the forced shutdown of industries and society, view this moment in history as an opportunity to reimagine better politics and a more inclusive economic system — and a world where #BlackLivesMatter.

But, within the South African government, we have not seen a reimagining of anything.

The very same systems we have seen over the past three decades — which protect capital, enable police and gender-based violence and exclude the poor and vulnerable — have been on display in the past 90 days. It is blatantly obvious that there is a serious lack of pro-poor — to the point of anti-poor — thinking in the government.

Community-based organisations, civil society, trade unions and the courts have had to fill the leadership vacuum.

Had it not been for the endless call of communities from QwaQwa, Hammanskraal and Sukamuva etc, we might never have known if Minister of Human Settlements, Water and Sanitation Lindiwe Sisulu would have got down to the work of providing water and fast-tracking a housing backlog.

Many of the protective measures we have seen during these past 90 days have been prompted by the voices of communities suffering from the harsh economic effects of the lockdown. Inroads made to assist those hit hardest by Covid-19 have come as a result of pushback against a government that fails to prioritise the poor and the working class. Government’s modus operandi of food parcels is not only a fraught process but highly inadequate, and serves to highlight the already existing disparity between rich and poor in South Africa.

We need a government whose first question during decision-making is always “what can we do to protect the poor and most vulnerable?”.

The call for an urgent moratorium on evictions came about through the advocacy of  housing-rights organisation Ndifuna Ukwazi, along with the support of Reclaim the City, Abahlali baseMjondolo and 38 other organisations.

Had it not been for the endless call of communities from QwaQwa, Hammanskraal and Sukamuva etc, we might never have known if Minister of Human Settlements, Water and Sanitation Lindiwe Sisulu would have got down to the work of providing water and fast-tracking a housing backlog.

The courts have been called on to intervene to protect the most vulnerable. Legal intervention by the Legal Resources Centre saw the rights of informal traders to operate in the City of Cape Town during Level 4 being upheld.

It was through the court application brought by the Casual Workers Advice Office, Women on Farms Project and the Izwi Domestic Workers Alliance that the UIF’s Covid-19 Temporary Employee Relief Scheme (TERS) was extended to non-registered workers.

The most vulnerable of our society, the nine million learners attending quintile 1, 2 and 3 (no-fee paying) schools and who rely on the school nutrition programme for at least one meal a day, have for more than 90 days been abandoned by the Department of Education. Equal Education, joined by Limpopo schools, were forced to launch a court case to compel Basic Education Minister Angie Motshekga to intervene.

Historically, the government’s key intervention in protecting the poor and vulnerable is through social grants. Disappointingly, interventions in this regard came only three weeks after the initial hard lockdown — and only through the very hard work of activists, civil society and economists, such as the Children’s Institute and Covid-19 People’s Coalition who helped to elicit a response from the government. Many organisations within the People’s Coalition have urged the National Treasury to increase and universalise the Child Support Grant.

The South African Social Security Agency (SASSA) did not deem its administration functions an essential service and, when lockdown started, simply closed its doors and did not accept or process any new grant applications apart from the Social Relief of Distress grant — this despite Doctors Without Borders, the Black Sash and other organisations urging it to reconsider its decision.

When lockdown restrictions were eased to a level where SASSA could operate at a one-third capacity and accept new applications on certain days only, people living with disabilities could still not apply for a Disability Grant until Level 3.

It is unclear whether SASSA or Minister Zulu carefully considered the safety and dignity of the beneficiaries during this time.

Children, women, people with disabilities, domestic workers, the homeless, rent-payers, the unemployed, precarious workers, asylum-seekers, informal traders and other vulnerable members of our society have been left out to dry by a government devoid of new ways of thinking.

The first payment cycle of lockdown meant chaos and confusion for most of the more than 18 million grant beneficiaries. SASSA did introduce staggered payments, prioritising the elderly and disabled, but beneficiaries, often with limited information about payment processes, faced long congested queues with pay points running out of cash and little or no hygiene protocols being observed. The elderly, in particular, faced overwhelming challenges with transport, seating and shelter.

The most important protection was meant to be the R350 Covid-19 Social Relief of Distress Grant. The wholly insufficient six-month grant has been problematic, especially for those in rural areas who lack the necessary technology and/or data to apply. The low number of beneficiaries paid to date is alarming. Successful applicants have often been asked to travel at their own expense to collect the R350, rather than get cash transfers.

Worse still, vulnerable asylum seekers and special permit holders were left out of the application process, resulting in organisations such as Scalabrini having to approach the court to intervene.

Children, women, people with disabilities, domestic workers, the homeless, rent-payers, the unemployed, precarious workers, asylum-seekers, informal traders and other vulnerable members of our society have been left out to dry by a government devoid of new ways of thinking.

Apart from helping set up the private sector-run Solidarity Fund, the government has failed to implement policies and strategies to properly protect the poor.

There is a patent vacuum of ideas

There was no new plan to address an over-reliance on traditional systems. Ideas such as the unco-ordinated and inefficient food-parcel system were overemphasised, despite many calls for cash transfers instead — to enable social distancing and freedom of choice.

There were no regulations to prevent food price inflation. A moratorium on the price of basic foods and services, such as public transport costs, would have gone a long way to protect people from crippling increases — or even a VAT intervention to increase the number of zero-rated foods.

President Cyril Ramaphosa used Youth Day to ask young people to develop new economic ideas — but to what end? In his two years in office, Ramaphosa has hosted numerous think-tanks and workshops. What has come of those ideas and what has been implemented? Is the government wasting taxpayers’ money in an effort to seem inclusive while it speaks in silos?

Official unemployment in South Africa is at 39% (or 10 million people out of work) with economists fearing it could rise to 50%.

An idea that civil society, economists and academics have been talking about for more than two decades is the basic income grant, or a universal basic income for all. This would involve the government paying a sum of money to all adults to ensure that, at the very minimum, people are able to address their basic needs.

Many organisations have been working on this concept and have developed various models on how to implement it — including the progressive realisation of a guarantee pivoting on the current R350 grant, a grant for those between the ages of 18-59 years who have little to no income and a guarantee for all persons, whether employed or not. All actors agree that while the R350 Covid-19 grant is a positive move towards realisation of a basic income guarantee it must become permanent and such an amount is inadequate to properly protect the poor.

We cannot ignore economic and structural issues which existed before Covid-19, and which will be exacerbated after the pandemic. Imagining new ideas, policies and budgetary allocations about social assistance, income support and social protection has become an urgent moral imperative.

Official unemployment in South Africa is at 39% (or 10 million people out of work) with economists fearing it could rise to 50%.

With changes in technology, the shutting down of industries and a changing working environment, more than ever we need a forward thinking and acting government — a government with long-term plans and a vision on how to move forward from Covid-19, high unemployment, investment junk status and the legacy of racism, inequality and poverty in South Africa.

This reimagined new world must always, first, ask itself how we protect society’s most vulnerable, how we uphold the dignity of others and how we include those forced to the margins of society. DM/MC

Amanda Rinquest has worked as an attorney and activist in the civil society space for a number of years. Between social distancing and waiting for Test Cricket to restart, she is thinking about changing the world. She writes in her personal capacity.