We must develop governance game-changers for a post-Covid-19, post-Zuma recovery 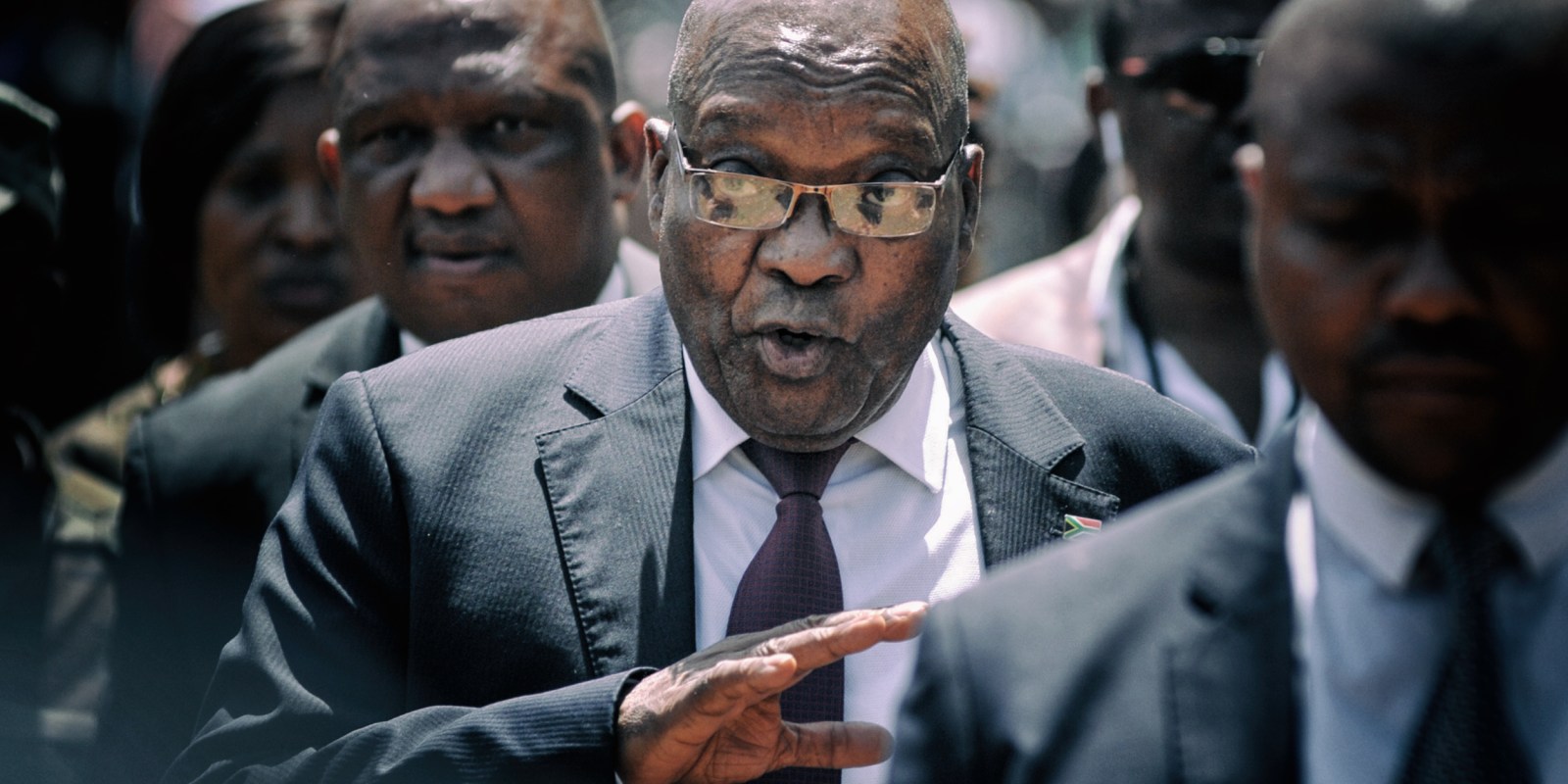 The systemic governance dysfunctions inherent in embedded State Capture were not swept aside by the departure of former president Jacob Zuma, nor did the damage suddenly disappear. Yet there are a number of changes which could radically alter the contours of governance, and six in particular that offer hope for the future.

Many hope that the disruption caused by the Covid-19 pandemic will propel South Africa to a new, revitalised economic “normal”, rather than a resumption of business as usual, with its secular decline in output potential over the last decade, obscene levels of poverty, unemployment and inequality, and a carbon footprint with dire consequences for the climate.

The vision is that – from the trauma and economic devastation of the pandemic and its lockdown response – an economic revival could emerge, characterised not only by sustained increases in growth rates, but a fundamental shift in the growth trajectory towards a more inclusive, labour absorptive, smart, green economy, grounded in a new social compact among social partners.

But as government’s Covid-19 response demonstrates, the systemic governance dysfunctions inherent in the preceding decade of embedded State Capture were not swept aside by the departure of former president Jacob Zuma, nor did their damaging effects suddenly disappear.

There are six in particular that offer hope for the future.

…as has been pointed out by some commentators, independent MPs could foster destructive identity politics and replicate the same dysfunctional voting dynamics seen within the local government sphere where independent candidates may stand for ward councillor positions.

Probably the most prominent of these are imminent changes to the Electoral Act as a result of a recent Constitutional Court judgment, which would allow independent candidates to stand as members of Parliament and the provincial legislatures. While this would hardly challenge the dominance of political parties, it could attract voters disaffected by all the parties back to the polls and open up a space for individual MPs with integrity to conduct meaningful oversight. Unlike their party-affiliated backbencher counterparts, they would not have to toe the party line dictated by their political superiors, the very people they are supposed to hold to account.

In recent years, individual MPs have been able to introduce Private Members Bills: the Labour Laws Amendment Bill  – which ensures that fathers will get at least 10 days’ paternity leave and permits adoptive and surrogate parents, including same-sex couples to take parental leave – was introduced by ACDP MP, Cheryl Dudley, and was the first passed into law. Independently elected MPs could use this instrument to precipitate policy change or enhanced implementation.

On the other hand, as has been pointed out by some commentators, independent MPs could foster destructive identity politics and replicate the same dysfunctional voting dynamics seen within the local government sphere where independent candidates may stand for ward councillor positions.

While independent MPs are unlikely to have the funds to compete with the bigger parties, social media and “crowdfunding” are important platforms for independent candidates. It could also open the path for younger candidates, more in sync with the younger generation than the current gerontocracy, whose mindset often harks back to the 1960s rather than the future of the Fourth Industrial Revolution.

Much will depend on the detail of the new electoral dispensation, which the Constitutional Court has directed Parliament to put in place within 24 months. The amendments could be the minimum to pass constitutional muster or they could go much deeper, for instance, replacing the current closed party list (in which the voter only gets to choose the political party, and internal party processes dictate the order of the list). An open list system would allow voters some influence over the choice of candidates, as well as the party. Political parties across the board, however, are unlikely to embrace a reform which would erode their present privileged position.

Dishonest and incompetent board members of state-owned entities may be declared delinquent directors (such as the notorious Dudu Myeni at South African Airways). A newly reconstructed SARS may be able to hone in on the tax infractions of state capturers and other assorted looters.

This proposal has been decades in the making and was resisted by the governing party and opposition parties. Its introduction may disrupt the interlocking public and private sector networks in the market for political influence, which creates a governance environment conducive to corruption and capture. It will also make the expensive business of slate politics that much more complicated.

The third game-changer could be consequences – at last – for individuals who have hitherto engaged in corruption, capture and gross negligence, and incompetence with complete impunity. The courts have not shied away from awarding personal costs against politicians and government officials who have neglected their duties.

The Public Audit Amendment Act of 2018 will give the Auditor-General more teeth to pursue negligent accounting officers who fail to take corrective measures to safeguard or recover state resources (including issuing a certificate of debt and recovering the funds from them personally). The Auditor-General may also refer cases directly to investigating authorities. This bypasses the problem of political heads colluding with their department heads in stymying investigations of impropriety.

Dishonest and incompetent board members of state-owned entities may be declared delinquent directors (such as the notorious Dudu Myeni at South African Airways). A newly reconstructed SARS may be able to hone in on the tax infractions of state capturers and other assorted looters.

Other enablers of corruption such as management consulting firms, chartered accountants and lawyers are also under heightened scrutiny as the case against PWC by the current Independent Regulatory Board for Auditor’s aptly demonstrates.

Sub-national governments which want to create environments conducive to local economic development and employment growth will have to reflect on the costs of deployment of incompetent cadres.

The fourth game-changer is that a reconstituted NPA could reel in some high-profile corruption arrests that could contribute towards rebuilding the legitimacy lost during the Zuma era. The plethora of commissions of inquiry have brought to light an abundance of evidence which could be acted upon. On 22 April 2020, Police Minister Bheki Cele announced that 89 police officers and 42 other councillors and government officials had been arrested for Covid-19 lockdown-related crimes. Communications Minister Stella Ndabeni-Abrahams was suspended for two months and paid an admission of guilt fee of R1,000 for intentionally violating lockdown rules.

While these actions send positive governance signals, what is missing is the successful prosecution of high-profile, politically connected individuals who masterminded State Capture; the puppet masters and not just the minions. The arrest of former VBS Bank senior officials is a positive development and may be responsible for some awkward conversations among some politicians and political parties.

The fifth potential game-changer is the incentive for some cities and provincial governments to innovate in pursuit of a new post-Covid-19 normal. Gauteng has taken the lead in terms of 4IR while the national government struggles to cobble together a digital strategy. While the national government’s stated intention to dabble in nuclear power sends mixed signals about a green future, the City of Cape Town has won a court case allowing it to secure renewable energy independently of Eskom.

Sub-national governments which want to create environments conducive to local economic development and employment growth will have to reflect on the costs of deployment of incompetent cadres.

Cumulatively, the interaction among these critical drivers may fundamentally alter governance dynamics. Whether these changes reconfigure the governance landscape for better or worse, remains to be seen. Hard political and economic decisions have been deferred for many years. The Covid-19 pandemic has hastened the day of reckoning, instant governance karma. The time-honoured tradition of kicking the can further down the road has finally hit a cul-de-sac. DM