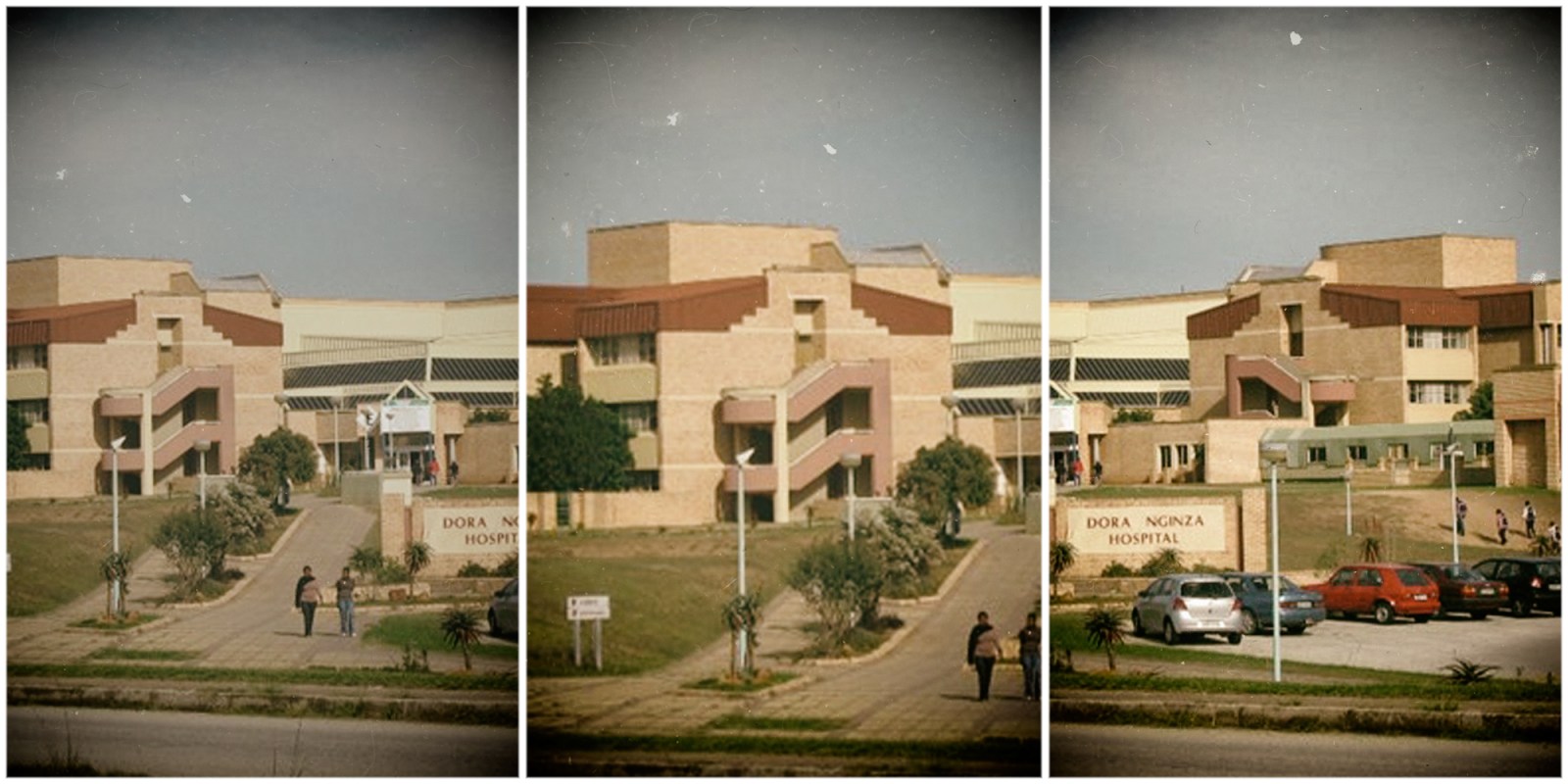 As the Covid-19 pandemic increases, the public health service is being overwhelmed and patients are being turned away, say the writers. (Photo: Wikipedia)

Maternity services were kept from collapsing by six doctors at Dora Nginza Hospital on Wednesday as nurses and general assistants refused to work in areas where Covid-19 patients or infected health workers had been. As workers stayed away, doctors were washing floors, patients were giving birth in the passage and a woman died as doctors desperately tried to help her without any nurses.

The maternity unit at Dora Nginza Hospital in Nelson Mandela Bay had all but collapsed by Wednesday morning as six exhausted doctors who had been fighting to keep patients alive, deliver babies and do emergency C-sections battled on, sometimes with the help of a single nurse.

General assistants, including porters and hospital cleaners, and nurses have been refusing to return to large parts of the hospital as these areas have not been deep cleaned after a patient or an employee with Covid-19 had been there.

As hospitals elsewhere in the Nelson Mandela Metro reached capacity, Dora Nginza Hospital was flooded with Covid-19 patients seeking help. Since Monday morning almost no nurses and general assistants were present to assist at the maternity unit.

“We have been crying out for help, but nobody hears us,” one staff member said. “And if they are hearing us they say that there is nothing they can do. There is nothing we can do either. We can’t close the maternity unit. Moms and babies are dying and there is nobody to help us. There are no nurses here to help us.”

The hospital is the regional centre for specialist obstetric and paediatric services for the western part of the province.

Pregnant women went into labour in the passages as doctors washed floors stained with blood and other fluids. With no staff to deliver food, patients starve. Gloves have run out and doctors are recycling protective gear as they are often given only ill-fitting and flimsy aprons to work with. The air smells putrid.

“A woman died this morning. She bled to death in front of our eyes and we tried everything, but we couldn’t help her. We are all traumatised,” a person who was present said.

With a number of rural hospitals and local clinics and maternity units closed, women came to Dora Nginza Hospital where a handful of doctors and even fewer nurses were the only ones left standing.

The hospital mortuary is full.

Doctors tried to reassure patients, telling them to “remain hopeful”.

The hospital has 19 pregnant patients who have tested positive for Covid-19. Women waiting for emergency C-sections are lined up as there is only one theatre open. Some have been waiting for more than a day. The only doctor who does the surgery also cleans the theatre between patients. The laundry is not operational.

On the other side of the hospital at the paediatric unit, doctors and nurses are receiving a fraction of their daily orders for personal protective equipment.

“We are lucky if we receive five,” one doctor said. They have to batch their patients together and wear the same PPE repeatedly, otherwise patients can’t be helped.

The pharmacy was closed three weeks ago after personnel tested positive for Covid-19, leaving doctors without access to basic medicine.

“We can’t understand where our PPE is going,” one hospital source said.

The outpatient clinic was closed for five days as the general assistant demanded to be paid overtime before deep cleaning it after two nurses tested positive for Covid-19.

For the past few months, doctors have been unable to receive X-rays digitally as the hospital’s system is full. The hospital’s computer system has been down for two months.

In one horrific account, staff members recalled how a patient lay dying in the intensive care unit as doctors did not have the correct protective gear to go in and save her. In another case, desperate nurses took to wheeling patients to windows so doctors could observe and tell them what to do.

Sandile Mpepho from labour union Nehawu said workers were not on strike, but that there was an agreement with the Eastern Cape Department of Health that they did not have to work in areas where people had tested positive for Covid-19 until those areas had been deep cleaned.

“There are so many people with Covid-19 seeking help at Dora Nginza hospital now and they are sleeping on the floor everywhere,” Mpepho said. “Our agreement said we do not have to work in those areas until the area has been deep cleaned and sanitised,” he said.

On Wednesday the Eastern Cape Department of Public Works unveiled another 40-bed ward at the hospital that has specifically been earmarked for the hospitalisation of Covid-19 patients. The ward was established in a building that was not in use — the refurbishment includes seven isolation and quarantine rooms.

Eastern Cape Department of Health spokesperson Sizwe Kupelo could not provide answers on any planned interventions to stabilise services at the hospital, but said the National Department of Health was in the process of formulating a policy that would deal with the deep cleaning issue.

Earlier in June, union members refusing to clean or do laundry because of an overtime dispute pushed the other big state hospital in Nelson Mandela Bay, Livingstone Hospital, to the brink of collapse. The dispute was resolved when the department agreed to lift the cap on overtime payments due to staff shortages at the facility.

The latest available figures for the province shows 16,895 people have tested positive for the virus. In Nelson Mandela Bay, 5,021 had tested positive as of Tuesday night. DM/MC