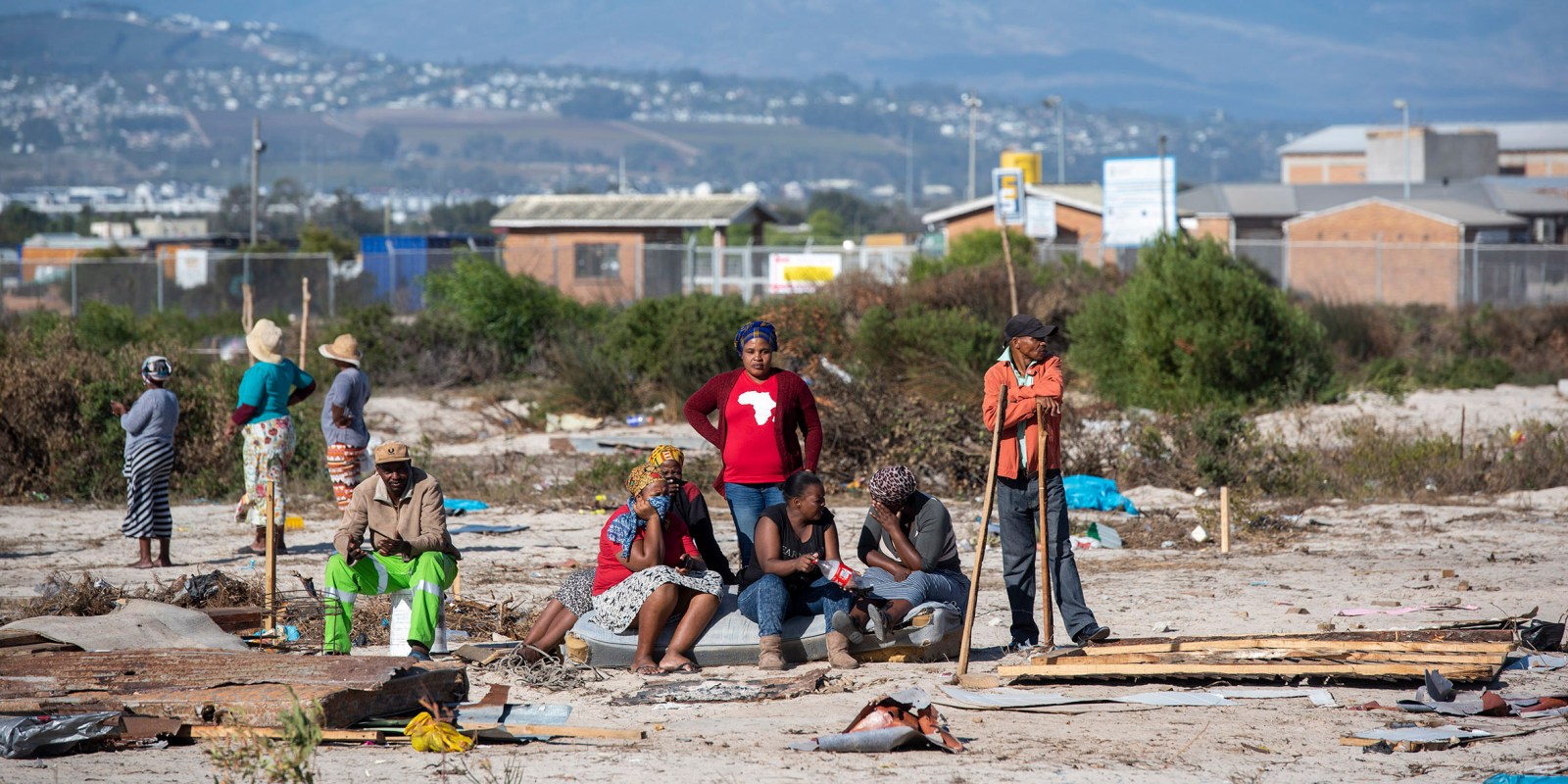 While the City of Cape Town might very well be correct in law, its proposed action to remove shelters, in winter, in the face of a national catastrophe speaks more to lack of political emotional intelligence and morality.

A tender the City of Cape Town published on 15 June, asking for bids from private companies to demolish illegal informal structures, has come under fire.

A briefing session for Bid Number: 308S/2019/20 is due to be held on 25 June in Ndabeni, and the Legal Resources Centre (LRC) in Cape Town has vowed to challenge the tender.

While the City of Cape Town might very well be correct in law, its proposed action to remove shelters, in winter, in the face of a national catastrophe speaks more to lack of political emotional intelligence and morality.

Reacting to criticism, the City’s mayoral committee member for Human Settlements, Malusi Booi, explained the City issued tenders once every three years for a service provider to assist with “the removal of illegally erected structures in terms of what the South African law allows the City to do”.

Booi said the city had to “uphold the rule of law”, adding it would continue to prevent the occupation of land.

Booi could not give an indication of the number of illegal and informal structures it envisaged demolishing, saying this depended on the number of invasions that took place.

“Many of the people who are attempting to invade land are claiming that they are being evicted by their landlords. The latter actions by the landlords as alleged would indeed be against the Covid-19 regulations as they stand, but the City is not evicting people,” Booi said.

Asked whether the City had alternative accommodation for those affected by demolitions, Booi said the City acted to “prevent invasions in terms of counter-spoliation or a court order, such as trespassing or an interdict that prevents illegal occupation. The latter are not evictions as defined by the legislation and alternative accommodation is not an automatic option.”

However, Sherylle Dass, regional director of LRC, said that the tender for private demolitions gave the City “a vehicle to implement unlawful and unconstitutional conduct”.

From a legal perspective, the procurement of goods and services falls under Section 217 of the Constitution, the City’s Municipal Finance Management Act (MFMA) and the City’s Supply Chain Management Policy.

It is also a prerequisite that the tender process be fair, equitable and transparent. Consultation at city council level is also required should a local decision be made.

Xolani Sotashe, leader of the opposition in the City of Cape Town Council, said the tender had not been discussed or tabled.

“It is demeaning and humiliating for a breadwinner, be it a man or a woman, to watch while the homes that they have built, are destroyed with such hate and violence.

Sotashe argued that the City had sufficient law enforcement capacity to ensure that residents adhered to by-laws. He added the tender process was a method the city was using to relinquish responsibility by shifting this to private companies.

“The City, by using outside contractors, will allow these companies to milk them. We smell a rat in this. The City wants to use people who are not trained in dealing with the laws and controlling crowds in volatile situations.”

The LRC, said Dass, intended to challenge the City and its “unlawful conduct in executing evictions contrary to the Disaster Management Act regulations on the one hand and further creating homelessness and infringing on the dignity of people on the other.”

Should the challenge be successful, said Dass, the tender for these services would be rendered “irrelevant, a wasteful expensive process that will be in contravention of the provisions of Section 217 of the Constitution”.

However, should the tender be awarded, it would provide the City with “more armour and infantry in their fight against landless and homeless people living in poverty. The scale of demolitions will increase and more people will be left homeless.”

The destruction of homes spoke directly to the right to dignity.

“It is demeaning and humiliating for a breadwinner, be it a man or a woman, to watch while the homes that they have built, are destroyed with such hate and violence.

“It is inhumane; you wouldn’t find the City sweeping in on a suburban home constructed without municipality authority, with bulldozers and an army of police,” Dass added.

People, she added, were tired of being ordered to “stay home” while at the same time “being left to their own devices to earn a living and put food on their table. We are already sitting on a melting pot and a move to increase the rate of evictions and demolitions in the midst of the pandemic will provoke unprecedented violence.” DM