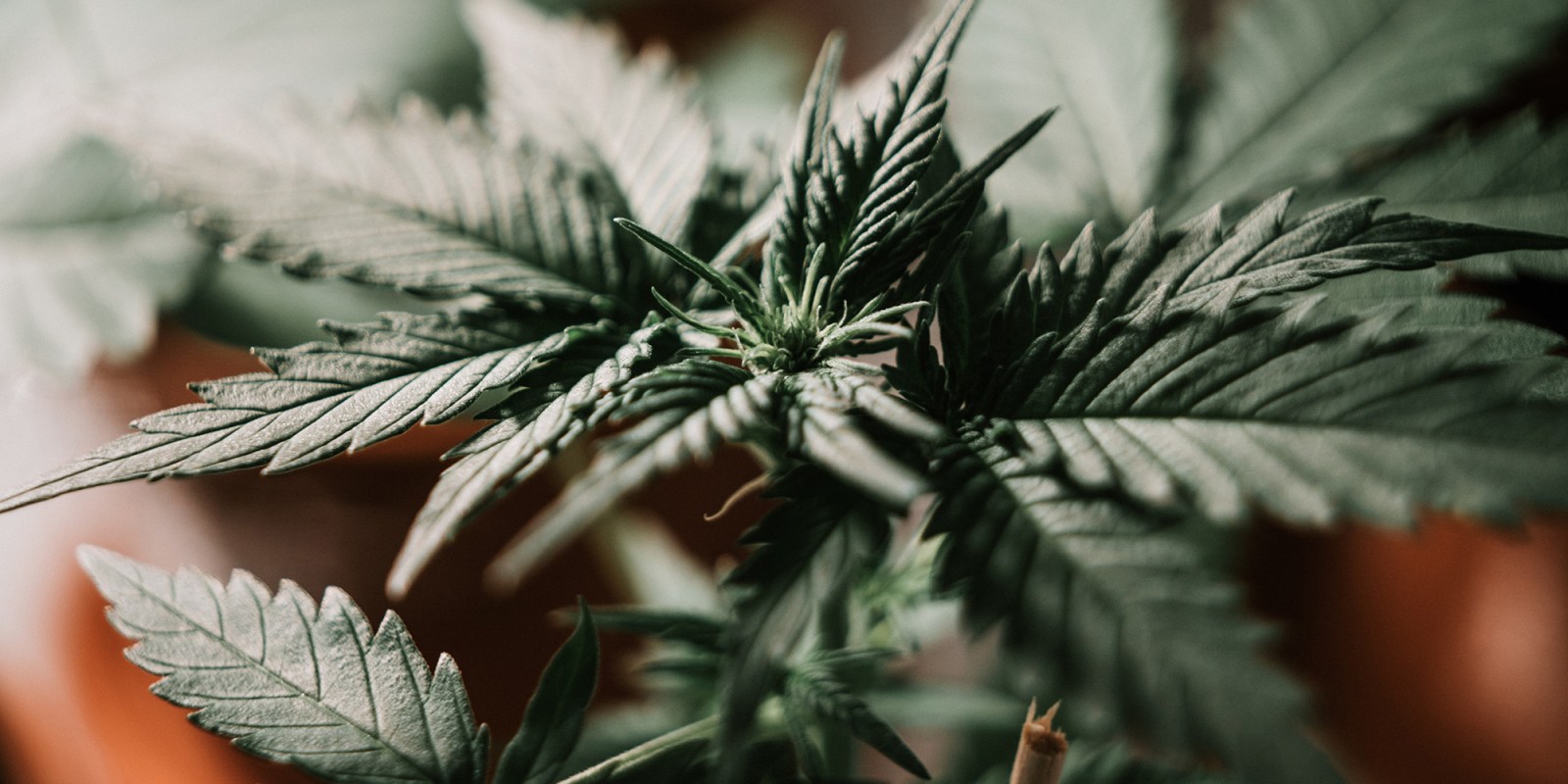 The famed 2018 Constitutional Court decision in Minister of Justice and Constitutional Development v Prince (the Prince case) was undoubtedly big news – personal and private cultivation, possession, use and consumption of cannabis are no longer criminal acts.

In May 2019 the Minister of Health, acting on the recommendations of the South African Health Products Regulatory Authority (SAHPRA), down-scheduled cannabidiol (CBD) to a Schedule 4 substance and, in terms of an exemption notice, wholly descheduled certain CBD-containing preparations and products.

This exemption notice was sufficiently vague for CBD market entrants to throw the dice, but also sufficiently clear to disincentivise them from taking the piss, a few exceptions here and there notwithstanding.

But while the exemption notice fertilised the South African CBD industry, it was set to expire on 22 May. Additionally, the agricultural hemp industry is still largely straightjacketed given the continued Schedule 7 status of raw cannabis plant material.

On 22 May, the health minister, again on the recommendations of SAHPRA, published what might be South Africa’s first real beginnings of a clear and consultative canonisation of the cannabis industries in Government Gazette 43347 (Notice R586, to be exact).

Notice R586 not only cements the Schedule 4 status of CBD and descheduled CBD products, but also completely removes the cannabis plant from the Schedules to the Medicines Act, down-schedules tetrahydrocannabinol (THC) to a Schedule 6 substance, and completely deschedules THC when: (a) contained in raw plant material and processed products manufactured from such material, where intended for industrial purposes and not for human or animal ingestion, and containing 0.2% or less of THC; (b) contained in processed products made from cannabis containing at most 0.001% THC; or (c) raw plant material is cultivated, possessed, and consumed by an adult, in private for personal consumption.

While Notice R586 recognises that cannabis contains medicinal and psychoactive compounds, the commercialisation and consumption of which rationally continue to be regulated by medicines and criminal laws, it (in exclusion (a) above) liberates cannabis as a raw agricultural commodity with a depth and variety of industrial applications, namely: as hemp.

It is the minister’s recognition that, to the extent that cannabis has low THC levels and is not for human or animal ingestion, there is no reason to treat it as a medicinal substance.

The robust legal framework to be regulated by the Department of Agriculture, Forestry and Fisheries is (however imminent) not yet in play. Additionally, there are no guarantees that this framework will meaningfully include the many rural cannabis-farming communities and appropriately incentivise SMEs and startup entrepreneurs.

However, the industry can laud this clear move by the health department to separately canonise and house hemp within the agricultural sector, potentiating in principle a multi-billion-rand sector with associated tax revenues.

In exclusion (c) above, the minister rightly tipped his hat to the Prince case, descheduling the personal and private cultivation, possession, and consumption of cannabis by an adult.

We await Parliament’s amendments to the Drugs and Drug Trafficking Act 140 of 1992 (the Drugs Act), which are expected to provide clarity on, among other significant aspects, the quantities that one may cultivate, possess and consume in private and, indeed, what ‘private’ means in practice.

The minister never expressly targeted medicines in the form of complementary medicines for exemption under the equivalent paragraph (a) of the exemption notice, which is what effectively emboldened some suppliers to dodge the Medicines Act’s extensive requirements.

These changes will hopefully also offer some guidance as to whether and how one might, in furtherance of our constitutional right to privacy, legitimately establish and run so-called cannabis clubs.

Given the removal of “cannabis” from the schedules, the down-scheduling of THC and the initial liberation of the hemp industry, Parliament is expected to similarly deschedule “cannabis” from the Drugs Act, which still considers it (wholesale) as an illicit substance.

Lastly, exclusion (b) of Notice R586’s new THC inscription above, de-schedules THC when occurring in processed cannabis products, irrespective of their intended use, as long as they contain only trace amounts (in this case at most 0.001%) of THC.

Specifically, Notice R586 retains CBD in Schedule 4 except specific CBD-containing products, which are de-scheduled and thus viable for sale from open shops, namely – a) complementary medicines containing no more than 600mg cannabidiol per sales pack, providing a maximum daily dose of 20mg of cannabidiol and making a general health enhancement, health maintenance or relief of minor symptoms (low-risk) claim; or b) processed products made from cannabis raw plant material intended for ingestion containing at most 0.0075% CBD where only the naturally occurring quantity of cannabinoids found in the source material is contained in the product.

The minister never expressly targeted medicines in the form of complementary medicines for exemption under the equivalent paragraph (a) of the exemption notice, which is what effectively emboldened some suppliers to dodge the Medicines Act’s extensive requirements.

Critically, medicines in the form of complementary medicines are in principle subject to registration, licensing and labelling (among other) obligations.

The so-called ‘recreational sector’, as a taxable revenue stream, remains, strictly speaking, illegal. But adult South Africans do have their constitutional right to privacy, which, since the Prince case, includes the right to personally and privately cultivate, possess, use and consume their own cannabis.

However, it is now clear that CBD suppliers will have to comply going forward should they wish to continue selling their CBD-products at pop-up shops, malls, online and other open shops.

Notice R586 also establishes a new restriction: 600mg maximum pack sizes under paragraph (a) and, despite leaving paragraph (b) of the exemption notice – which seems to target products like foodstuffs and cosmetics – largely untouched, the minister sensibly removed the 0.001% THC concentration ceiling from the CBD inscription, rightly pasting it in the new Schedule 6 THC inscription, as per the foregoing discussion.

THC’s down-scheduling might well ease the applicable permitting regimes applicable to certain suppliers. It also implies that it can be medicinally obtained upon prescription by a doctor. These developments should see a considerable broadening of the medicinal sector. Moreover, it is clear that in order to continue supplying (de-scheduled) CBD-products from open shops, those suppliers must now comply with the regime applicable to complementary medicines.

How these apply will depend on the nature, effects and contents of the product, and where in the value chain the supplier intends to operate. Necessary but kryptonite-like good manufacturing standards might apply, too.

On the other hand, products containing CBD in Schedule 4 or THC in Schedule 6 capacities will, generally speaking, need to be prescribed by a doctor and sold by pharmacists.

In an explanatory communication, SAHPRA promised to release a new FAQ document that aims to settle some of the major uncertainties concerning these requirements and processes. But solid legal assistance will nonetheless be required in order to wade through and pinpoint the applicable requirements and, where uncertainty persists, engage SAHPRA for its formal views.

The challenge and imperative of decriminalising and properly economically liberating the many largely disenfranchised rural communities who have been cultivating for generations, if not centuries, is a major one, which stakeholders and civil society need to ensure form an integral part of all cannabis policies and laws that are presently taking shape in South Africa.

Although the medicinal industry reasonably decries the regulatory red tape and associated costs of complying – present and prospective players frustratingly having to bolster their business models and compliance budgets – Notice R586 undoubtedly represents government’s deepening (albeit piecemeal) embrace of the cannabis sector and its potential to promote sustainable employment, foreign investment and GDP growth.

The so-called ‘recreational sector’, as a taxable revenue stream, remains, strictly speaking, illegal. But adult South Africans do have their constitutional right to privacy, which, since the Prince case, includes the right to personally and privately cultivate, possess, use and consume their own cannabis.

On the back of this development, many illegal cannabis dispensaries operate with varying levels of impunity; the police rightly raiding several. On the other hand, many interesting cannabis club models are popping up around the country with a thus far untested legitimacy.

We wait for further guidance from the courts and, more pressingly, from Parliament that has until mid-September to legislate the details of this privacy-based right, including what it practically means to personally and privately cultivate, possess, use and consume cannabis, and in what quantities.

The challenge and imperative of decriminalising and properly economically liberating the many largely disenfranchised rural communities who have been cultivating for generations, if not centuries, is a major one, which stakeholders and civil society need to ensure form an integral part of all cannabis policies and laws that are presently taking shape in South Africa.

But there is some hopeful evidence that this is a government priority. While many cogently argue that the minister should have been bolder – that he missed a golden opportunity to accelerate the medicinal cannabis sector – Notice R586 does somewhat reveal the beginnings of a clear and consultative canonisation of the South African cannabis industries. BM/DM

Brett Pollack is an attorney who consults to Legalese, a creative legal agency that has redesigned legal services to suit the creative and tech industry. His speciality is the analysis and application of complex regulatory frameworks, particularly those relevant to the fledgeling but booming cannabis industry.