Calls to suspend schooling grow as Covid-19 surfaces in...

Calls to suspend schooling grow as Covid-19 surfaces in classrooms 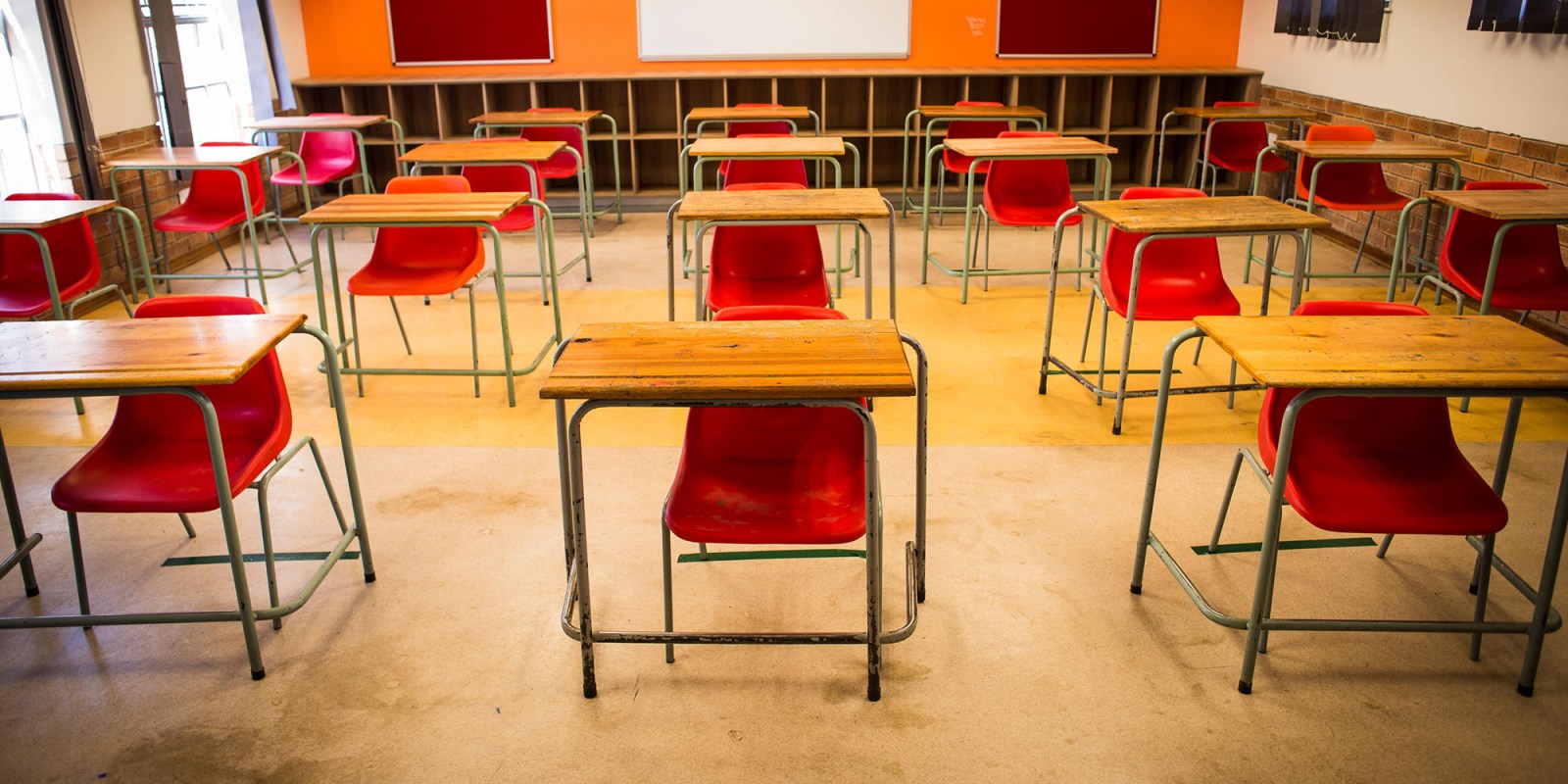 The call for the closure of schools comes as it emerged on 23 June that more than 180 pupils at the Makaula Senior Secondary School in Mount Frere in the Eastern Cape tested positive for Covid-19. (Photo: ER Lombard / Gallo Images via Getty Images)

Less than two weeks after schools reopened in South Africa, there are growing calls to suspend schooling as many schools record positive Covid-19 cases.

“We have seen a rise in infections at a high speed in all provinces since the reopening of schools,” said Kabelo Mahlobogwane, spokesperson for the Education Union of South Africa (EUSA).

EUSA said it was concerned that the Department of Basic Education ignored warnings not to reopen schools until September 2020. The union’s argument for a September reopening borders on the notion that temperatures would have risen by September and that infections would decrease as the virus is said to be less of a threat in warm conditions.

It questioned why schools, which have 11 million learners and more than 450,000 educators, were pushed to open when Parliament, with 400 people, cannot resume. EUSA said this was a sign of an unequal society and one that sought to put many children and teachers’ lives at risk.

The union further said pupils were unable to practice physical distancing on their way to school, during break and after school. Mahlobogwane said proof of this was the latest numbers of learners testing positive for the virus daily in schools around the country.

Mahlobogwane said: “Rural schools remain subjected to unhygienic conditions as there are no proper toilets and scarce water supplies for washing of hands, which is exacerbated by poor quality sanitisers from ‘comrades’ who got the tenders.”

The union further said the poor quality of personal protective equipment (PPE) was not sufficient and served no purpose in preventing infections.

The union spoke as public sentiment around corruption in the procurement of PPE is growing. Many concerned parents and guardians have previously expressed concern that the pressure to reopen schools was exerted by people whose sole intention was to loot the schools’ Covid-19 relief funds.

EUSA has also called for investigations into funds allocated t South African schools. The union has written to the office of President Cyril Ramaphosa and the office of the Public Protector requesting an investigation of the school relief funds.

Added Mahlobogwane: “Schools should immediately close down and resume in September 2020.”

The call for the closure of schools also comes as it emerged on 23 June 2020 that more than 180 pupils at the Makaula Senior Secondary School in Mount Frere in the Eastern Cape tested positive for Covid-19.

“We were up front as Sadtu in the Eastern Cape that the department was not ready to open schools. We have come to a conclusion that measures in the schools are not adequate,” said Chris Mdingi of the South African Democratic Teachers Union (Sadtu).

On 22 June, four Cape Town principals also wrote to the president asking for a review of the decision to open schools. The school principals pleaded with the government to reinstate the suspension of lessons. While their letter received unanimous endorsement from followers on social media, the principals wrote: “We appeal to our comrades in government to review the decision to reopen schools. We ask that schooling be suspended countrywide. We, as principals in the trenches, would love to meet with a Cabinet task team to discuss the suitability of a postponed reopening,” stated the letter.

“We are willing to meet with a DBE delegation to discuss a postponement of the external matric examinations and a trimming of the subject lesson content,” the letter said.

The four principals are Isaac Arendse of Steenberg High, Noel Isaacs of Floreat Primary, V Hendricks of Athlone High and Wesley Neumann of Heathfield High. “We call on principals everywhere to speak out against the early reopening of schools.”

They added: “We are not health or scientific experts but we do have combined years of experience of teaching and leading on the ground at school. These years of activism at the coalface should count as an important subjective trajectory of human life above a curriculum.

“There is great concern about the contagious nature of the disease and how this will lead to more suffering of our people in broader society. The extra workload with regards to health screening, now foisted onto the teachers, is adding to the anxiety.”

“The increased rate of Covid-19 cases in our schools has led to cumulative closures of schools across the province. This spine-trembling experience has ignited high levels of anxiety,” said Sadtu in the Eastern Cape.

Speaking to Daily Maverick on Tuesday, 23 June, department of Basic Education spokesperson Elijah Mhlanga said the infections, like those in the Eastern Cape, did not occur at the schools. Mhlanga said screening was performed daily at schools.

He said through daily screening, they were able to identify positive cases. He said if there was a rise in infections, it was in communities, not in schools.

“They are not infecting each other in schools. The problem is there in the shopping malls, at home, at work, in the taxis and buses. We need to solve the problem at its core, and solving the problem entails strict adherence to the lockdown regulations,” said Mhlanga.

He said the temporary school closures were just part of managing Covid-19 within the education space.

The Eastern Cape has reportedly had to close 100 schools due to learners or teachers testing positive for Covid-19. School closures have also been recorded in several other provinces, including Gauteng.

The department of education would not say whether the school closures would affect the learning rhythm, especially considering that some schools have had to close a second time.

On 22 June 2020, several schools in Gauteng closed due to pupils testing positive for Covid-19. At least three schools in the West Rand had to close. Protea Glen Secondary also closed, while Hoerskool Die Adelaar was closing for the second time. The school will reopen on 24 June 2020.

The call to shut down schools came at a time when the number of positive Covid-19 cases in South Africa topped the 106,000 mark and deaths topped 2,100. Notably, there have been more than 50,000 recoveries. DM