Unthere: Blackness is where language comes to die 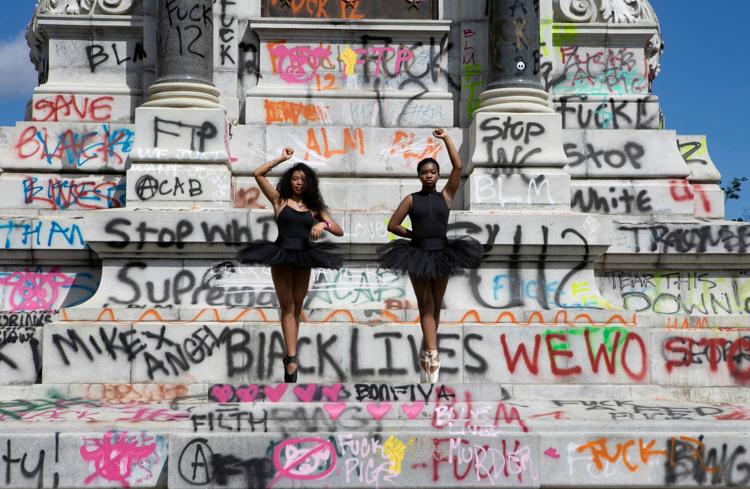 Collins Khosa was never alive, he lived in a hole the world, nowhere, an unthere, where nothing happens, nothing lives. The state could brutalise him and go on record that they brutalised him and cause no outcry. The president read the report that he was in his own home, enjoying a beverage and was assaulted and the world keeps spinning.

“We can speak of race (or racism) only in a fatally imperfect language, grey and inadequate. Let it suffice to say, for now, that race is a form of primal representation. Unable to distinguish between the outside and inside, between envelopes and their contents. Taken to its limit, race becomes a perverse complex generator of fears and torments, of disturbed thoughts and terror, but especially of infinite sufferings and, ultimately, catastrophe. In its phantasmagoric dimensions, it is a sign of neurosis – phobic, obsessive, at times hysterical. Otherwise, it is what reassures itself by hating, deploying dread, and practising altruicide: the constitution of the Other not as similar to oneself but as a menacing object from which one must be protected or escape, or which must simply be destroyed if it cannot be subdued. ‘Race’ is the name for the rage of those who, constrained by subjection, suffer injuries, all manner of violations and humiliations, and bear countless wounds.

In the first days of the lockdown, alcohol was deemed a nonessential item and it could no longer be sold. Of course, those who could afford to, bought cases on cases and were drinking merrily.

Collins Khosa was drinking in his yard in Alex when the South African National Defence force and Metro Police officers approached him and asked about an empty chair and the beer set before it.

An altercation broke out and, as the current SANDF report confesses, Khosa was assaulted and brutalised. To be sure, at that point, Khosa was not known to have committed a crime. It was, and still is not, a crime or a violation of the regulations set under the state of disaster to drink alcohol in your home. The report stated that although Khosa was brutalised and assaulted with the back of a gun, this could not have been the cause of his death, even though no other points of trauma were alleged by the report subsequent to the SANDF’s. Suffice it to say, but for the assault by the SANDF, Collins Khosa would still be alive today.

For some reason or other, the conversion is premised on the idea that the SANDF could only be held accountable if they caused death, they could not be held criminally or otherwise accountable for the assault of Khosa which the report admits did, in fact, take place.

This kind of interaction is not unique in South Africa, this unremarkable catastrophe.

“If you are poor and black your life does not count to this society. It is often the state that will come to you with a gun. Your home can be destroyed, you can be assaulted, tortured and killed with impunity. This is the experience of impoverished people across South Africa. Our dignity is continuously vandalised by the state. Some people, like migrants and sex workers, are at even greater risk.

“It has always been like this but during this lockdown the middle classes have suddenly started to take state violence against impoverished black people seriously. They have been shocked that at least 12 people were murdered by the police and the army in the first weeks of the lockdown. They have been shocked to learn that in South Africa the police kill more than three times the number of people that are killed by the police in the United States per capita. No impoverished person was shocked. This has always been our daily bread.” – Abahlali Basemjondolo

In the backdrop of Khosa’s death, George Floyd was killed in Minneapolis by a police officer of the state after the police were called because it was suspected that Floyd had tried to pay with a false cheque. The killing of Floyd sparked global protests under the hashtag, “Black Lives Matter”. The death of George Floyd gathered international outrage, including from our own government, and protests around the globe.

So many of us have tried to figure why it is that Collins Khosa’s death, and the line of other black people killed by South African law enforcement, could not ignite the same outrage and protests, even within our borders.

Was it because Khosa lived and was killed in Alex, a notably poor township in Johannesburg?

Was it because Floyd was an American and that proximity to whiteness has a bigger voice?

Was it because the Black Lives Matter movement made enough noise about?

Was it because no such movement of similar scale and might exists in South Africa?

Was it because the report was declared not final and that the courts were being addressed on the matter?

Was it because the judiciary and the courts are progressive enough that we do not have to protest in South Africa anymore because we have a constitution specifically designed to address injustice?

Was it because Khosa was already dead when he was killed?

But there is a paradox in the term “Black Lives Matter”, in that it attempts to declare the validity of the idea of “black life”. We cannot speak about black life in the full sense of the word life. We can only describe life in black people as a pulse, brainwaves, multiplying cells and functioning organs because to be black means, specifically, to be without life, a non-subject, those that are excluded from the production of meaning in time and space – a result of a history that has merchandised our bodies, determined our lives as agents of labour. The reflecting mirror for whiteness to admire itself through.

If black lives mattered, they would not be black.

Collins Khosa was never alive, he lived in a hole the world, nowhere, an unthere, where nothing happens, nothing lives. The state could brutalise him and go on record that they brutalised him and cause no outcry. The president read the report that he was in his own home, enjoying a beverage and was assaulted and the world keeps spinning.

How is that life? How can that life matter?

Black lifehood is alive as a tactic, a subversion, a shortcut through a cemetery, a black market pregnancy, a catastrophe that blinked.

The Black Lives Matter movement, then, is a theory, a calling from the future to entrench itself in the present, a prophecy. It is precisely because Black Lives Matter is a paradox that it must be said, over and over again, to raise its inconsistency and contradictions to mind and to animate a catalytic discourse that might find the means and methods to create life in Black people – or more specifically, to unravel, to unthere, the dream of whiteness and destruct the structures, institutions, narratives and systems that produce white supremacy.

The impulse, then, is to disrupt blackness as a category and identity, to stop the production of catastrophe. Partly to stop the catastrophe of blackness but also because race is a social construction with no biological and or scientific evidence or integrity.

Yet, if we do this, we also ignore the very real consequences that race has produced for black people, the intergenerational poverty, the dispossession, the landlessness – both material and spiritual – and are left without grounds to seek justice. So we remain black to seek justice, in protest.

There is another humiliation here, existing as protest, ghosts that breath to haunt white supremacy. This isn’t life. This is a statement that life is missing from us.

So things will change, they must, they must. We are making progress, we are looking at economic models to equitably sustain the species, we are looking at models of production that will ensure the Earth’s ability to sustain life, we are critiquing gender, class, borders, policing, politics. We are working. The only question is what will happen with, or to, blackness?

Kneo Mokgopa is the communications manager at the Nelson Mandela Foundation.