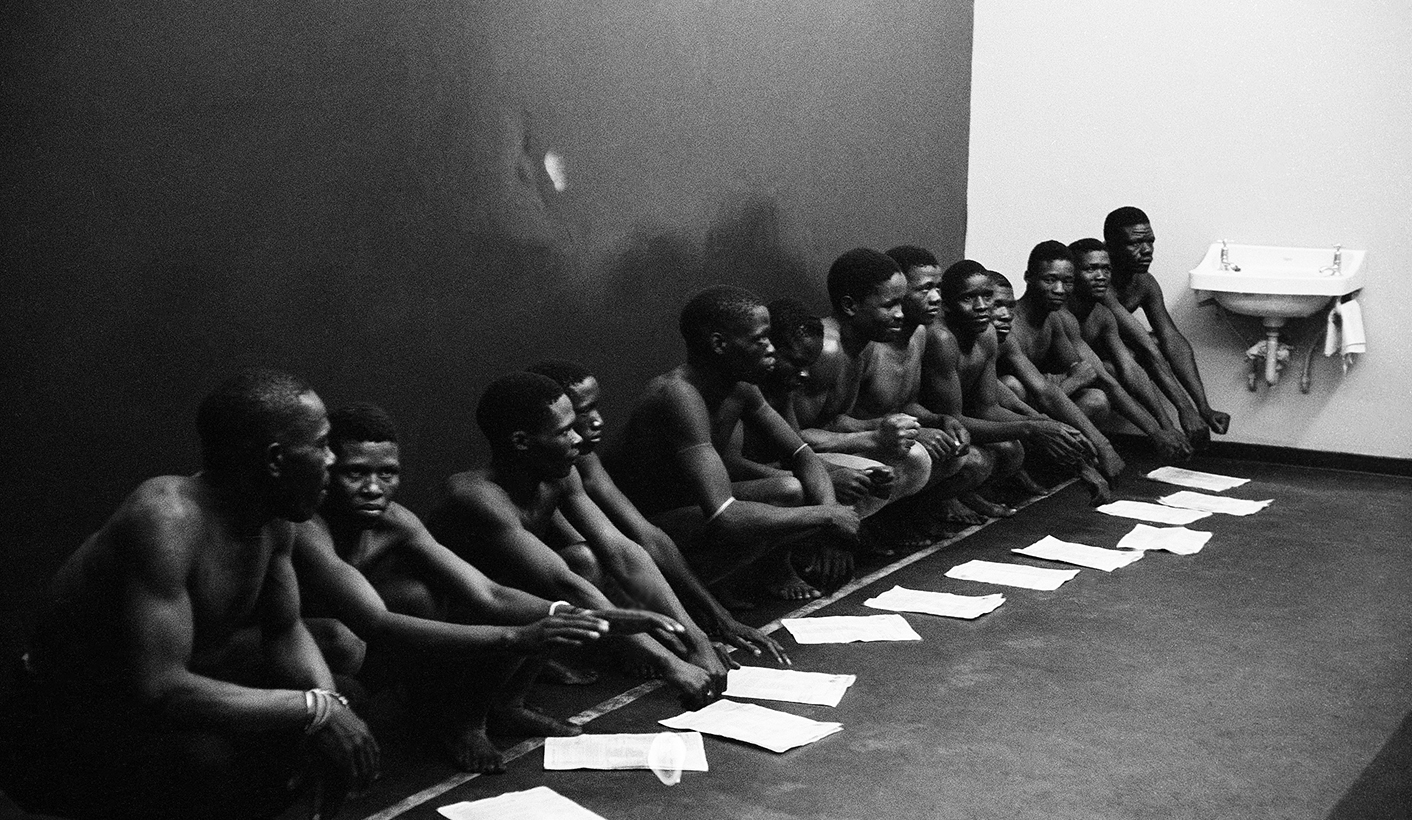 This is a summary of the trending, highest impact, and most active themes and their narratives related to social cohesion and division in South African public-domain social media conversations from 19 to 21 June 2020. Global trends affecting South Africa are also featured.

The top two topics by volume over the weekend were  “people” and “black”. As the Black Lives Matter movement continues to make world headlines, local conversations turned to black consciousness and the historical exclusion of black people from the economy.

Many social media users shared reflections on black history and the nuances of black consciousness. @YourWullie posted a Twitter thread of photographs taken by Ernest Cole during the apartheid regime: “Ernest Cole was born in South Africa’s Transvaal in 1940. In his book House of Bondage – published in 1967, he was the first photojournalist to highlight the daily realities, humiliations, and horrors of apartheid to the outside world. Here are some of those images.” The tweet gained traction over the weekend with 3,600 retweets and 3,700 likes.

On Friday @africanarchives shared photographs of slaves in America: “On this day in 1865, slaves in Texas were notified by Union Civil War soldiers about the abolition of slavery. This was 2.5 years after the final Emancipation Proclamation which freed all enslaved Black Americans. Happy Juneteenth!” The tweet received 5,600 retweets and 10,100 likes. 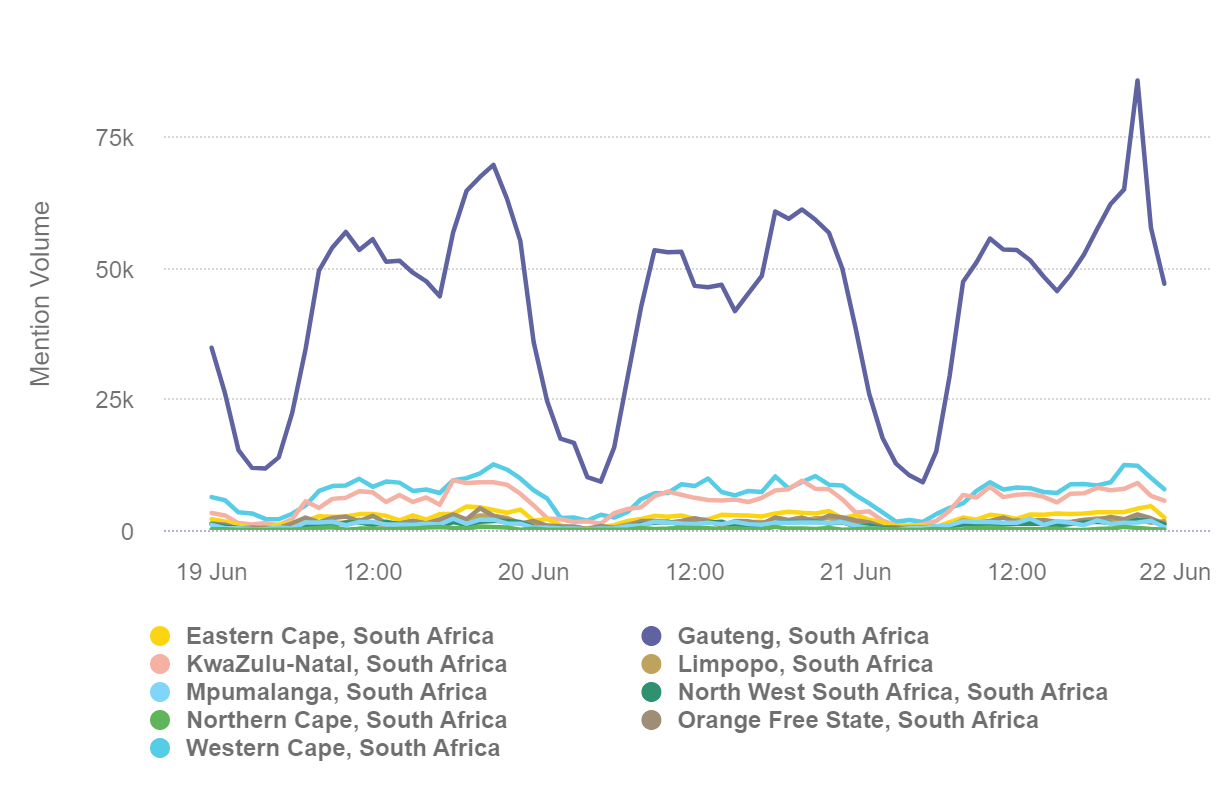 On Saturday 20 @Ntshieng17 tweeted about the meaning of black consciousness: “Dear Woke Twitter, black consciousness is about making black people see themselves just as equal, capable, smart and beautiful as any other race. It’s not about hating white people and making a fist. Even Steve Biko wanted a South Africa where everyone is equal no matter race”. The tweet generated 593 retweets and 1,900 likes.

Later that day @SuperiorZulu continued the thread with this tweet: “Black people will never be racists to white people. Racism is not a feeling or racial slur, racism is controlling institutions which make other races inferior like controlling Economy and Land. No Thembi or Woke Twitter can erase that fact. ANC doesn’t control these institutions”. The tweet received 144 retweets and 426 likes. 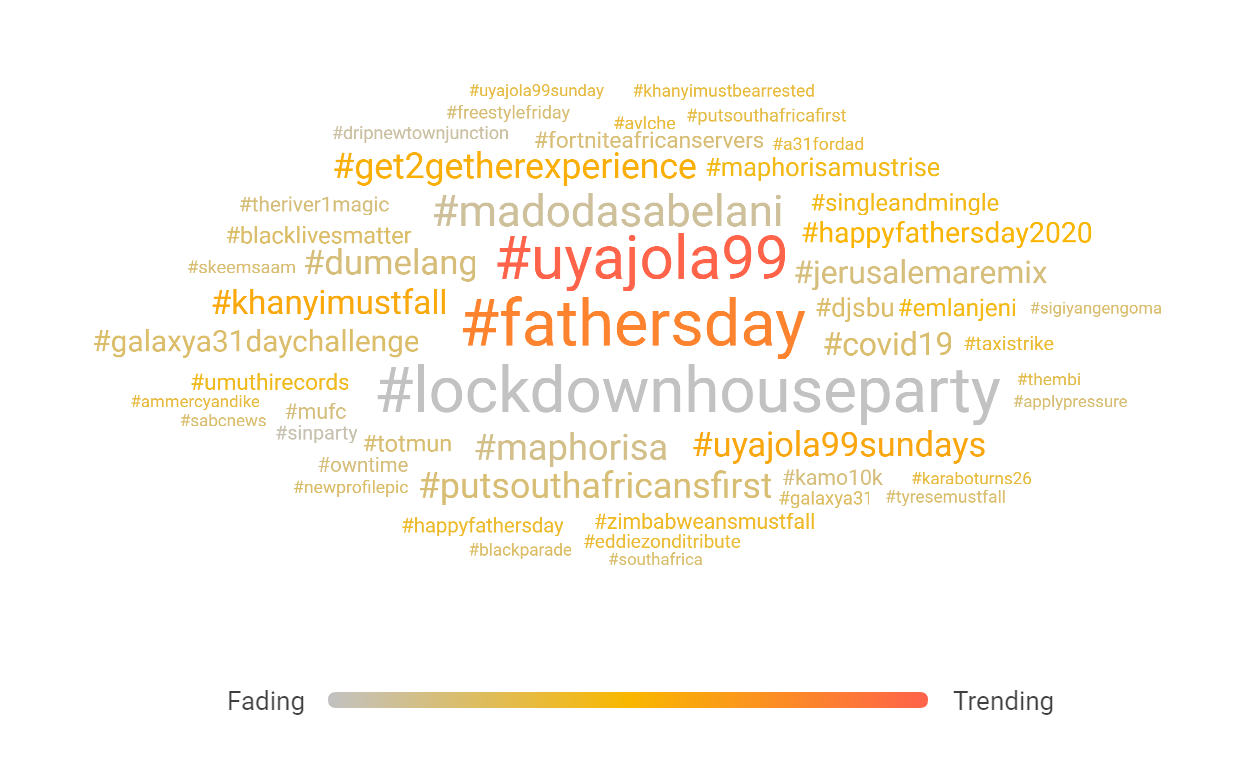 More stories of violence against women and children surfaced over the weekend: the words “raped and murdered” was the second most talked about topic on Twitter in South Africa this weekend.

This indictment on the men in our country, and on a government that appears powerless to stop the horrific rampage, came through in many threads around the topic.

The picture of a child in a school uniform was shared with this tweet: “My 10 y/o niece was brutally raped and murdered earlier hrs of today Broken heart. I just feel numb. RIP Mihle my beautiful angel Red heart.” The post has been retweeted more than 6,000 times, and has received over 10,000 likes and 1,000 comments. Most comments offered condolences and expressed anger. Some advocated for solutions like the death penalty to put an end to these violent attacks. Photos of a 17-year-old who had been allegedly raped and murdered in Philippi, received more than 3 ,500 retweets with over 5,000 likes and 511 comments.

While conversations on gender-based violence continued to dominate mentions of  “women” on Twitter, there were also many positive tweets driving the narrative of a reverence for women, particularly black women. @_BlackZA tweeted “Money looks good on black women. Man yall have plenty of it Queens”, which received over 2,000 retweets and almost 9,000 likes. Another tweet by @sofiyaballin stated: “Dear Black women: Ask for your money. Negotiate until you get your money.  Chances are, they are lowballing you. The stats show it. Stand firm. You are talented. You are skilled. You’ve worked hard. You are worth it. Don’t let them tell you, you are not.” 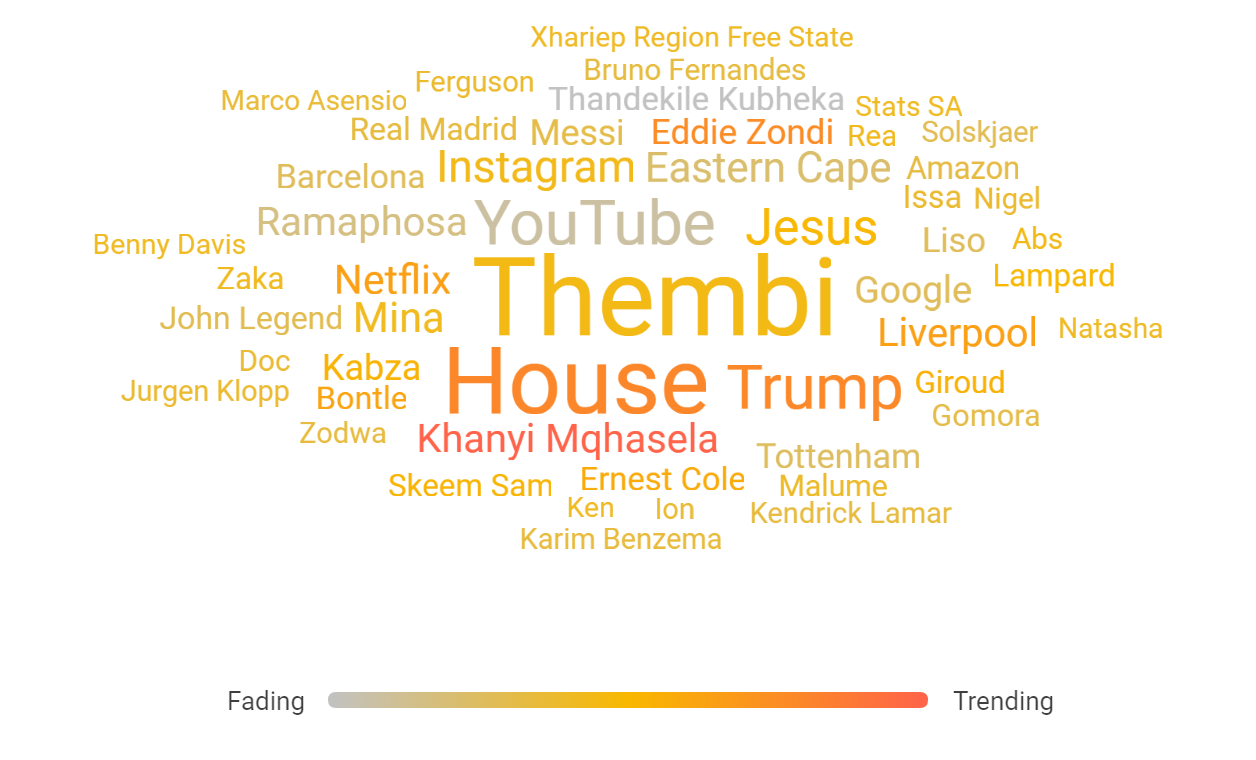 Inflammatory conversations about foreign nationals trended at number ten by volume and number five by reach as conversations with xenophobic undertones dominated social media over the weekend.

On Sunday @uLerato_pillay retweeted a post by @IOL: “Sassa to spend R700m providing refugees with the R350 Covid-19 relief grant. The Pretoria High Court’s ruling compelling the government to give asylum-seekers the R350 Covid-19 relief grant, is expected to cost the Department of Social Development R700m.” The tweet received 824 retweets and 478 likes. The retweet by @uLerato_pillay read: “Imagine all this money will be used to pay 5 million Zimbabweans living in South Africa and other Foreigners, while SA citizens have been declined #ZimbabweansMustFall”. This received 193 retweets and 614 likes.

Later that day, @uLerato_pillay followed up with: “We can’t continue and normalise the fact that Zimbabweans have replaced South Africans in every job in this Country, because of cheap labour. South Africa would be a better Country if we didn’t have to accommodate millions of people from Zim #ZimbabweansMustFall.” The tweet generated 196 retweets and 727 likes.

@MissB20_10 retweeted a post by @MarioKhumalo: “We didn’t get rid of apartheid so we can battle with the word xenophobia, and where was this word before ’94? We shouldn’t care for this term, for it was not invented by us! #PutSouthAfricansFirst”. The tweet received 70 retweets and 151 likes. The retweet by @MissB20_10: “Xenophobia was invented by African immigrants living in South Africa who don’t wanna go back to their countries and develop them, it also a term used to silence SA natives from complaining about crimes done by foreigners and it doesn’t bother me anymore. #PutSouthAfricansFirst”. This generated 76 retweets and 178 likes.

Note: Despite the blatantly xenophobic sentiment, there was little evidence of kickback on social media from voices who have previously opposed all forms of xenophobia. It is, therefore, necessary to point out that this report correctly reflects the conversations measured and analysed over the reporting period, and that overtly xenophobic sentiments outweighed the voices of unity and togetherness in volume and reach in South Africa social media platforms. DM