Reflections of a Wayward Boy: A cub reporter in the dark heart of South Africa 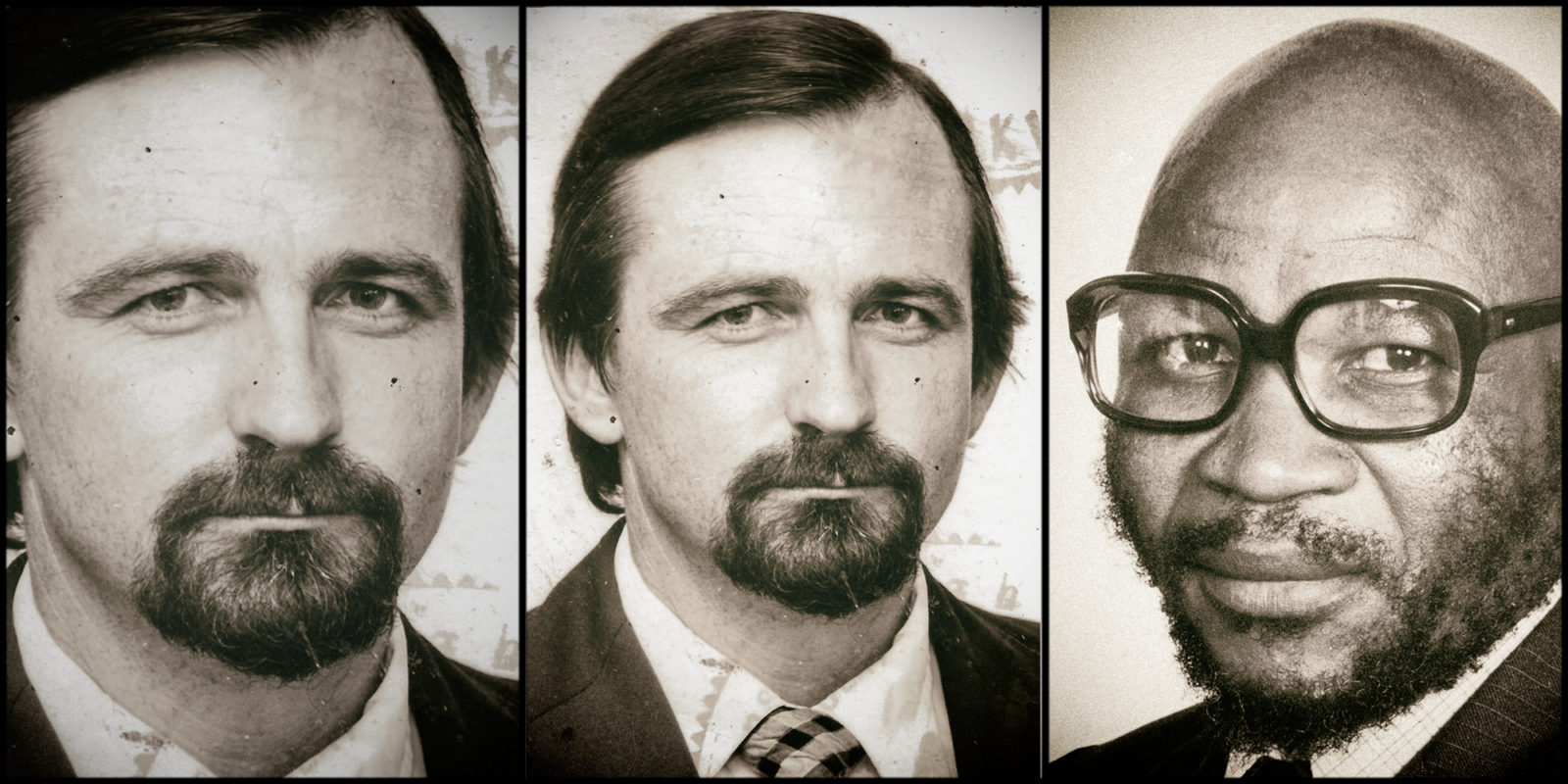 Terry Bell, photographed in the 1960s, and Joe Gqabi taken a decade or so later. (Photos: supplied)

Armed with a notebook and some pens, the blind, arrogant optimism of an 18-year-old cub reporter, and no real idea what a Group Areas Board meant, I headed off to the Germiston city hall. There was nothing normal about the day.

Wally Leitch was drunk. Paralytic. The chief reporter of the Germiston Advocate newspaper lay slumped across his desk, his head cradled in one arm and snoring lightly. The half bottle of vodka he normally kept in his bottom drawer was nowhere in sight. He had obviously put it away before he finally succumbed to the hair of a rather large dog that must have bitten him the night before.

It seemed like a good break for a young reporter: with the chief reporter non compos mentis, I was the only reporter available to respond to items listed in the Advocate news diary. I could assign myself to the “senior” stories. Apart from thinking that I might further establish a name myself, I had no idea what I would be doing as I left Wally asleep and strolled into the outer office to consult the diary.

I was 18, ambitious, and had some writing and reporting experience. Apart from the school magazine and ghost writing items for older students, I had discovered, some two years earlier, that I could phone in reports of accidents and other happenings of note in and around the white working class neighbourhood of South Africa’s sixth largest city. Sunday newspapers paid for them and I thought my future might lie with journalism, but first I had the army to deal with.

Then, in December 1960, with school over and as I was preparing to hear where I was to report for my year in the military, a letter arrived. Unlike later years when all white South African males were drafted, this was a time when only a proportion were. I was not part of the draft for 1961. Too many 18-year-olds had been “called up” that year and I was freed from military duty.

Having no wish to return to school to be reexamined on my failed subjects, I donned a tie, my best jacket and slacks, and headed to Johannesburg, to the offices of the major daily and Sunday newspapers. No joy. They either didn’t take juniors or I was too late to join a “cadet course”. At that stage, I was also only vaguely aware of the existence of the Germiston Advocate and the other local newspapers that serviced towns along the Witwatersrand.

Finding out at the Germiston Advocate offices that it was part of Amalgamated Press and that the powers that be resided in Benoni, I decided to take a bold step: I would offer to work for any of the newspapers without pay for a month. If, at the end of that month, they were not satisfied, I would leave, without pay, but if I was good enough, they would pay me for the month — and employ me. It was an act of sheer desperation; I simply had no idea what I would do if I did not land a job with Amalgamated; there seemed nowhere else.

But my “I’ll work for no pay” ploy worked. And Wally Leitch, an accomplished journalist and alcoholic, was a mentor. Sober or having had enough vodka to calm the shaking in his hands, he was a fount of information and help in those first weeks. And then came that morning when Wally passed out. According to the news diary, he had the whole day booked for “Group Areas Board hearing, city hall”.

I knew, of course, where the city hall was — and what a hearing was. But I had no real idea what a Group Areas Board meant, but was aware that Group Areas referred to the defined areas where the different, racially classified, groups were allowed to live. So, armed with my notebook, a couple of pens — just in case — and blind, arrogant optimism, I headed off to the city hall.

There were chairs set out on the floor of the hall, with a passageway down the centre, leading to a long table at which sat a row of stern-looking and, it seemed, uniformly middle-aged, grey-suited white men. The chairs themselves were occupied by men, women and children most of whom seemed to be of Indian origin and, to the right of the top table was a smaller table with four chairs, bearing the sign: Press/Pers. Two men, one black, the other white, were seated there, notebooks before them.

This, as I saw it, was the big time and my big chance. I had arrived, but exactly where I wasn’t all that sure. Disguising my nervousness, I walked down the length of the hall and took up a seat at the press table. The two slightly older men already at the table introduced themselves: Joe Gqabi of New Age, a paper I had not heard of, and Tony Hall of The Star, the major afternoon daily in the region. As casually as I could, I responded: “Terry Bell, Germiston Advocate.” It had a good, professional ring to it. I was accepted, a fellow journalist at the press table for a Group Areas Board hearing.

Trying again to sound as casual as possible, I confessed that I hadn’t “covered one of these things before” and asked to be “filled in”. Joe and Tony, although I never knew it at the time, were both then members of the underground South African Communist Party (SACP). They willingly filled me in. I took notes. It seemed the area known as the Asiatic Bazaar, where the audience in the hall lived and where their parents and grandparents before them had lived, was being declared “white”. They were to be removed — forcibly if necessary — from land they had bought and had a right to for more than half a century. Their homes, their businesses, their livelihoods, lay in the hands of the panel at the top table.

I was shocked, but felt it necessary to retain what I thought of as professional composure. I remember stating, in the most matter-of-fact tone I could muster: “These things are a farce.” Joe and Tony agreed, and the proceedings got underway. It was a farce. The demeanour of the board, the manner in which they dismissed arguments and questions made it obvious that they had no intention of brooking any opposition to the removal. But the representatives of the Asiatic Bazaar continued to put their case forward until the matter was adjourned.

An elderly man, one of the community leaders from the Bazaar, approached the press table and invited the three of us for a late lunch. We gratefully accepted and it was only later that I discovered that it was far from normal for white journalists to go to lunch with those classified “non-white”. But then it was also unusual to have black and white journalists sitting together at the press table which was, as I later understood, why there had been such stern stares at us from the board members.

So it was that I made my first excursion, at the age of 18, into what was then generally known as a “location”, some neat houses surrounded by a great sprawl of dilapidated buildings and shacks. My life was about to change forever. DM

Writer footnotes: Gqabi was assassinated in Harare in 1981, and Hall died in Mpumalanga after returning to SA after years in exile.