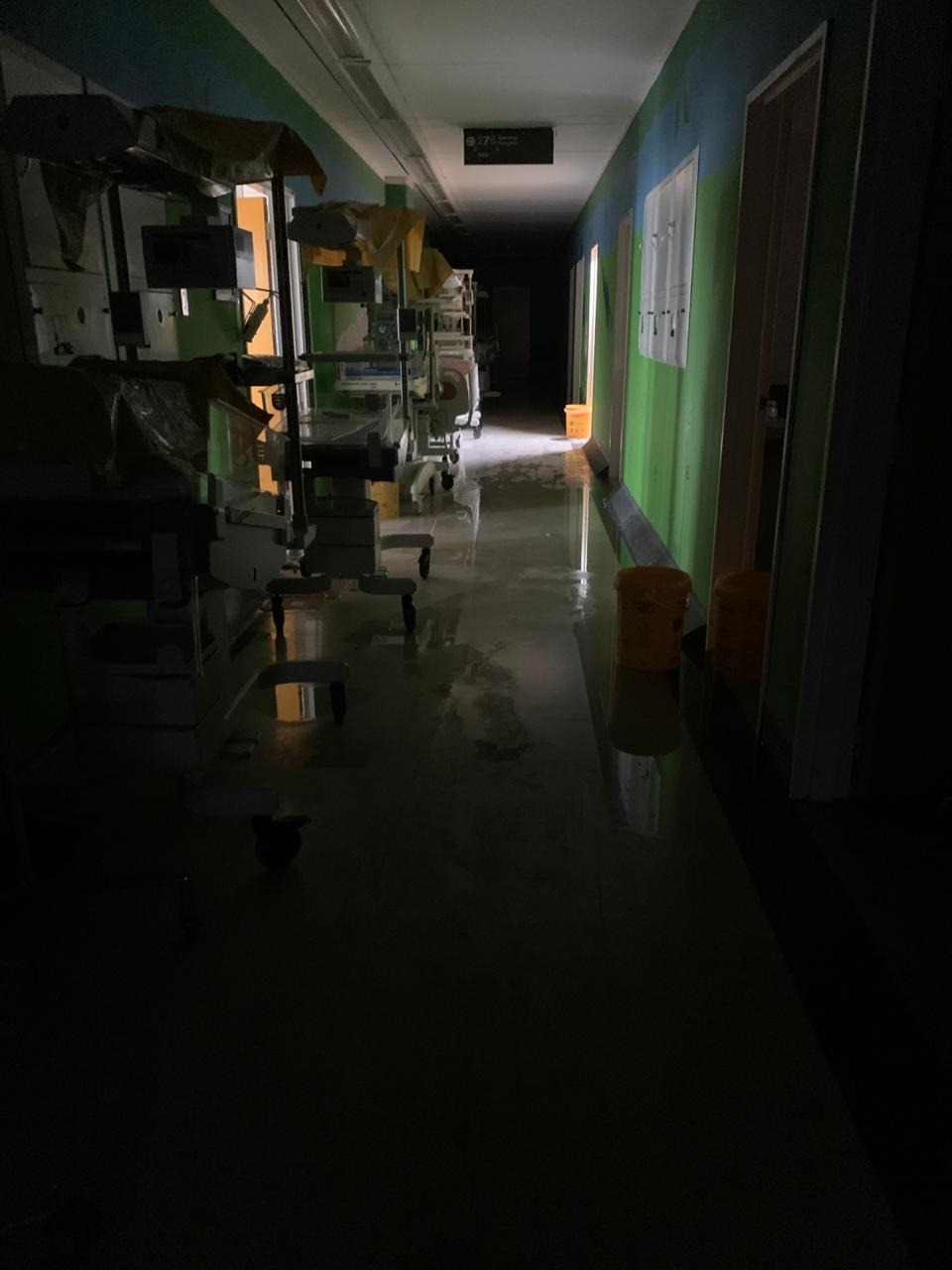 It was the latest in a series of maintenance issues at the hospital, and with hospitals making space for Covid-19 patients, has had a serious impact on its bed capacity.

A source told Daily Maverick that “the combined paediatric neonatal intensive care unit is down to five beds and patients are being transferred out to other hospitals. Ward 286, haematology oncology, is also moving patients out as their immune-compromised patients cannot be exposed to whatever potential pathogens may be in the leaking water”.

“The maintenance at the hospital has been a long-standing issue. Bursting pipes is a recurring issue,” said Jack Bloom, the DA’s Gauteng shadow health minister.

During an inspection visit in 2016 Bloom noted “the rampant leaks” at the hospital due to “years of poor maintenance”.

“In addition to the current Covid-19 crisis which is already putting pressure on the availability of beds, equipment, PPE and staff, the pipes between the 8th and 9th floors of the Yellow Block have burst. Maintenance contractors were on site on Monday 15 June and said they had been fixed,” said a source at the hospital.

But by Tuesday 16 June there had been no improvement, the source told Daily Maverick.

This was “because of the volume of water,” said Kwara Kekana, spokesperson for Gauteng Health MEC Bandile Masuku.

Charlotte Maxeke Academic Hospital has about 1,000 beds. The paediatric unit has 32 beds in the general ward, and eight beds combined in the neonatal and paediatric ICU.

“Since there are no longer beds available in the paediatric neonatal intensive care unit, they are ventilating patients in non-ICU wards. Paediatric casualty is currently on divert, and not accepting patients, for the remainder of the day [Tuesday 16 June]. Ward 277, paediatric surgery, is currently without power altogether,” said the source.

According to the source, some paediatric patients had been moved to the adult wards which were already strained because of Covid-19.

“The leaks and flooding are not only closing wards and making beds unavailable, but is a serious risk for hospital-acquired infection, and hospital management does not seem to understand the urgency of this, as no pressure has been put on the maintenance contractors to fix the issue as soon as possible,” said the source.

Kekana said that “from [Wednesday] 17 June, no leaks had been reported in the affected wards”.

The hospital has spent R119-million on maintenance from April 2019 to March 2020, said Kekana.

When Bloom visited the hospital in 2016 he noted “major ceiling leaks. The then-health MEC, Qedani Mahlangu, blamed it on the old pipes and promised that would be fixed by 2017,” said Bloom.

In January 2017, the ceiling in the dental techniques laboratory collapsed. A few months later, in May 2017, a part of the hospital’s roof collapsed close to the main entrance.

In 2019, Gauteng’s health department said that it would commit R1-billion towards the maintenance and refurbishment of public health facilities in the province. DM