Nigerian doctors call off strike over lack of PPE 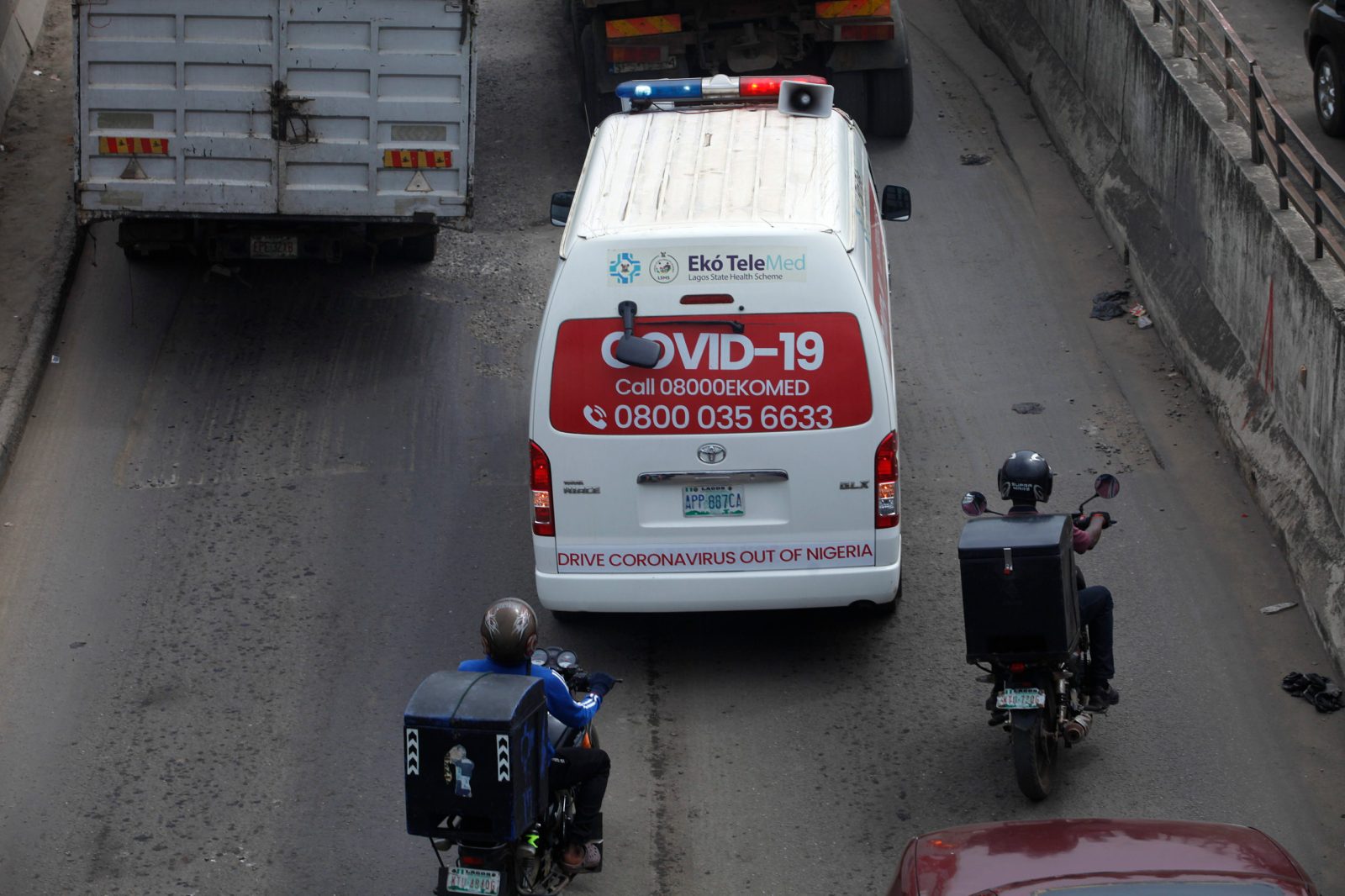 A dedicated ambulance for Covid-19 patients drives along a road near a food market in Nigeria's commercial capital Lagos, Nigeria, 04 May 2020. After a five week long lockdown to curb the spread of the coronavirus SARS-CoV-2 which causes the Covid-19 disease the Lagos metropolitan government lifted the ban on human and vehicular movements allowing the food markets and other essential services to open as schools and government offices remain closed. EPA-EFE/AKINTUNDE AKINLEYE

Nigerian doctors in state-run hospitals have called off a week-long strike over welfare and inadequate protective equipment as new coronavirus cases spike in the country.

The strike by the National Association of Resident Doctors (NARD), which represents some 40 percent of Nigeria’s doctors, began last Monday but had exempted medics treating coronavirus patients.

The group’s directors decided to suspend the strike action from Monday, June 22, by 08:00am local time (07:00 GMT), the association said in a statement.

NARD said the decision, which followed the intervention by state governors and others, was to give the government time to fulfil the outstanding demands.

The organisation had called the strike over a range of issues, including the “grossly inadequate” provision of personal protective equipment (PPE) and calls for hazard pay for those working close to the virus.

Other demands focused on improving general welfare and protesting dismissals or pay cuts for doctors in two regions.

Strikes by medics are common in Nigeria, where the health sector has been underfunded for years.

The authorities fear that any reduction in capacity could severely hamper its ability to tackle the pandemic as the number of cases continues to rise.

The main nationwide doctors union briefly staged a warning strike in commercial hub Lagos over police harassment of its members.

According to a tally by Johns Hopkins University, Nigeria, Africa’s most populous nation of 200 million inhabitants, has recorded 19,808 COVID-19 cases and 506 related deaths since the first case of the virus was reported in February.

More than 800 healthcare workers have been infected by the virus, according to the Nigeria Centre for Disease Control.