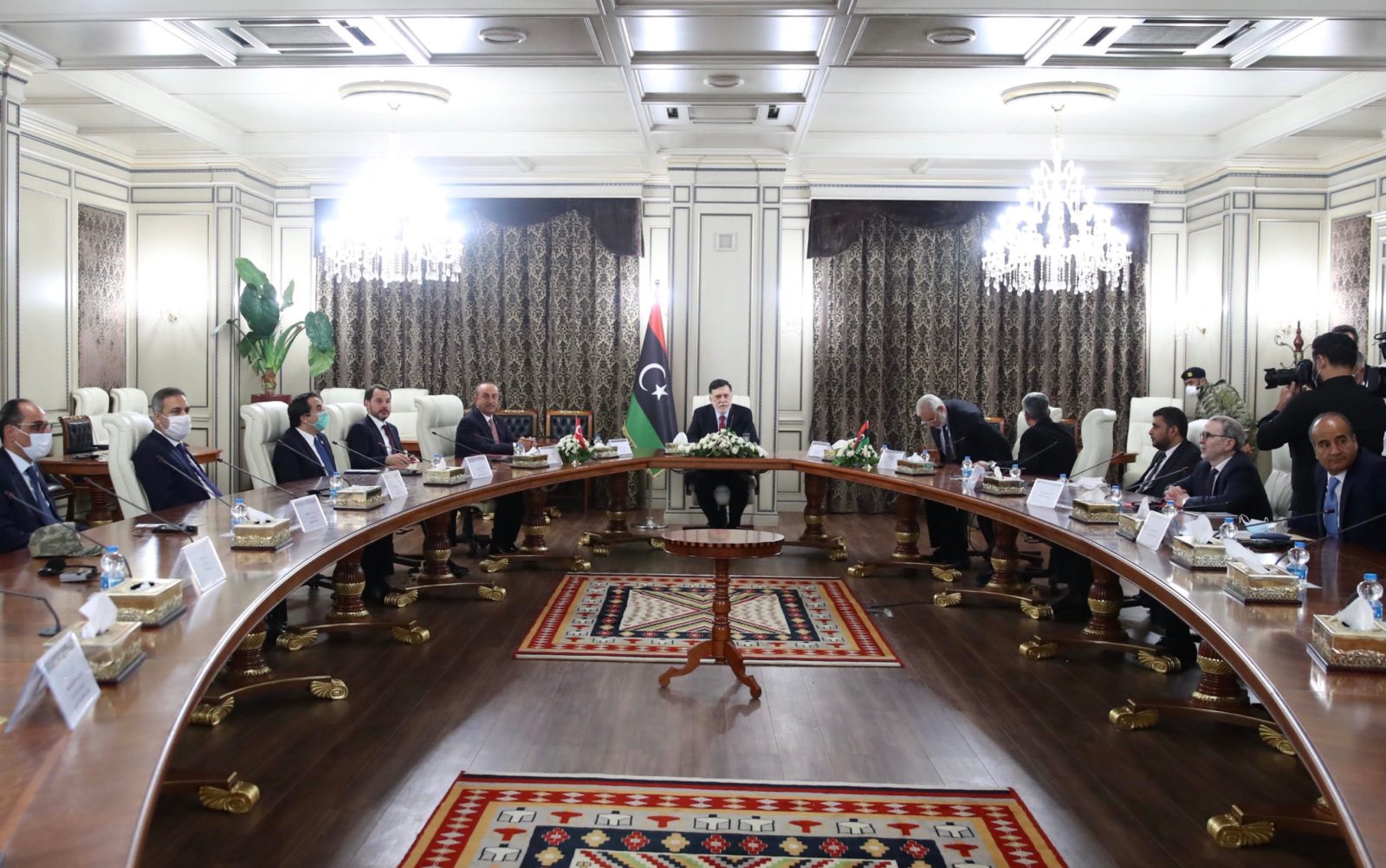 Libya's UN-recognised Government of National Accord (GNA) has denounced Egypt's warning of military intervention in Libya, labelling it a "declaration of war".

On Saturday, Egyptian President Abdel Fattah el-Sisi warned that if pro-GNA forces advanced on the strategic city of Sirte – some 450 kilometres (280 miles) east of the capital Tripoli – it could provoke a “direct” intervention by Cairo. More: Egypt’s el-Sisi orders army to be ready for missions abroad EU chief urges bloc to increase support for Libya mission Is Libya’s Khalifa Haftar on the way out?

He also ordered the Egyptian army to be ready to carry out missions inside or outside of the country to protect its national security amid tensions over Turkey’s intervention in Libya.

In response, the GNA said in a statement that Egypt’s move was “a hostile act and

direct interference, and amounts to a declaration of war”.

The statement comes on the eve of a virtual meeting of Arab League foreign ministers on Libya, in which the GNA declined to participate.

For the Libyan state, “interference in its internal affairs, attacks on its sovereignty, whether by declarations … like those of the Egyptian president or by support for putschists, militias and mercenaries, is unacceptable”, the GNA said.

It said it was open to “all impartial mediation … under the aegis of the UN” but rejected “unilateral or extrajudicial initiatives”.

Oil-rich Libya has been mired in chaos since a NATO-backed 2011 uprising toppled longtime leader Muammar Gaddafi.

Since 2015, a power struggle has pitted the Tripoli-based GNA against renegade military commander Khalifa Haftar, who claims legitimacy from an eastern-based elected parliament.

Haftar has been trying unsuccessfully to seize the capital since April 2019, with support from Egypt, Russia and the United Arab Emirates.

Since the start of June, increased Turkish support has enabled pro-GNA forces to take control of northwest Libya, ending Haftar’s assault on Tripoli.

The GNA advance is now halted outside the coastal city of Sirte, a strategic access point to Libya’s key oil fields which remains under Haftar’s control.

Sirte and Al-Jufra to the south represent a “red line”, el-Sisi said in a television broadcast on Saturday, citing the need to protect Egypt’s porous border.

If this line is crossed, Egyptian forces will directly intervene in Libya, el-Sisi said.

“All of Libya is a red line,” the GNA responded. “Whatever the dispute between Libyans, we will not allow our people to be insulted or threatened.”

But the speaker of Libya’s eastern-based parliament, Aguila Saleh, defended el-Sisi’s declaration, saying in a Sunday statement that the Egyptian president was “responding to our appeal to the Egyptian parliament” last January in which Saleh called for Egyptian intervention in Libya.

And on Sunday, the Jordanian foreign ministry issued a statement saying Amman supports Cairo “against any threat to the security and stability” of Egypt.

It came after the foreign ministers of both countries discussed the Libya conflict over the phone.