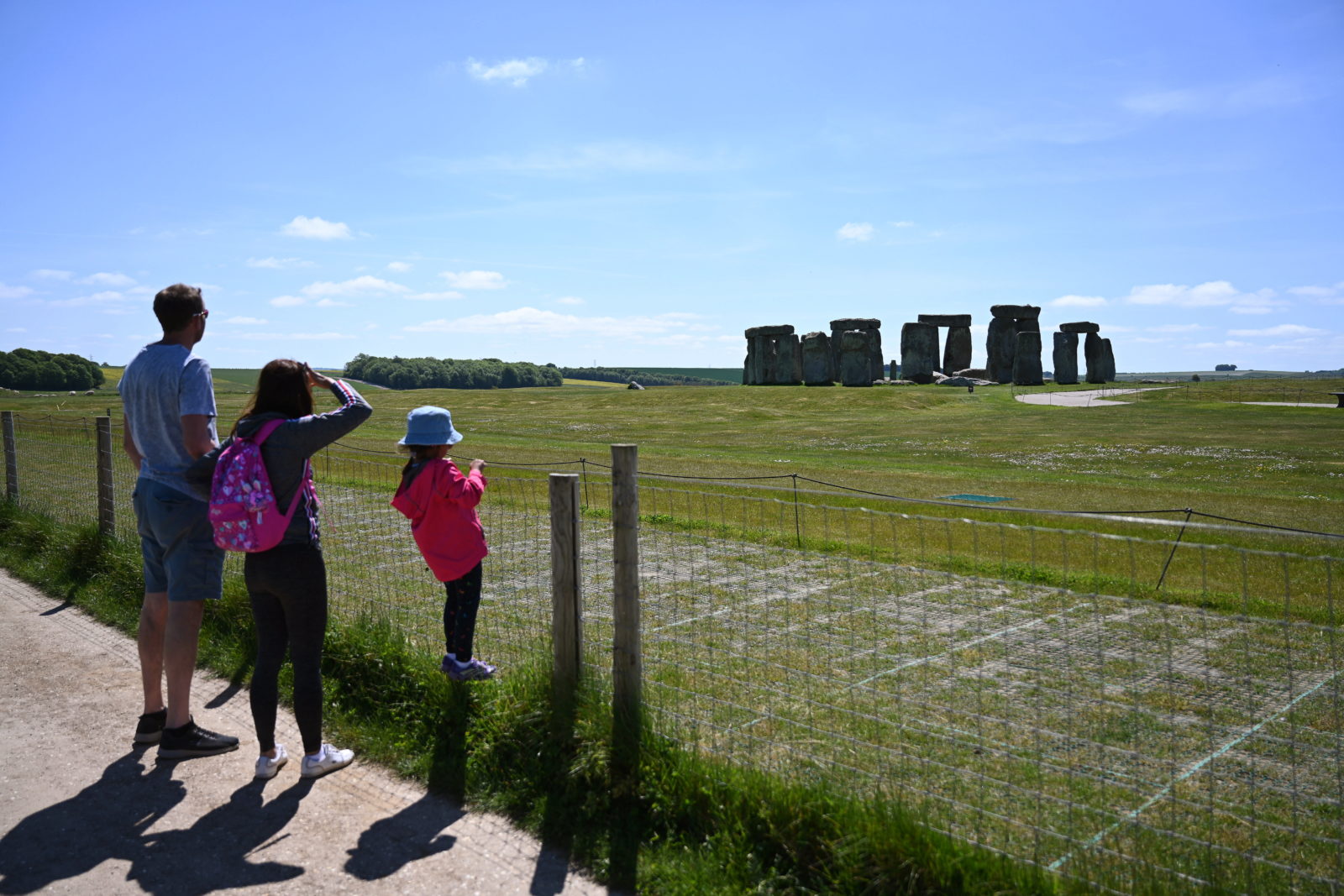 epa08432359 People look at the ancient stone monuments at Stonehenge, Britain, 19 May 2020. Britain's Prime Minister Boris Johnson continues to ease the lockdown after weeks of measures to stem the spread of the pandemic COVID-19 disease caused by the SARS-CoV-2 coronavirus. There is no longer a limit on how far people can travel and people are allowed to meet one person outside their household. People are still urged to think twice about travelling amid fears of a second ride of the coronavirus. EPA-EFE/NEIL HALL

LONDON, June 22 (Reuters) - Archaeologists have discovered a wide circle of deep pits surrounding an ancient settlement near Stonehenge, opening up new lines of investigation into the origins and meaning of the mysterious, prehistoric monument.

Among Britain’s most recognisable landmarks, the standing stones at Stonehenge draw tourists from around the world as well as people searching for spiritual connections with the past. Their exact purpose remains unknown to scientists.

The new discovery, by a team of archaeologists from several universities, shows a 2-km (1.2-mile) wide circle of shafts surrounding a settlement at Durrington Walls, which also included a henge, or circular structure, made of timber posts.

The site is located about 3.2 km northeast of Stonehenge and evidence suggests the pits date back to the same period, some 4,500 years ago.

“As the place where the builders of Stonehenge lived and feasted, Durrington Walls is key to unlocking the story of the wider Stonehenge landscape,” said archaeologist Nick Snashall of the National Trust, the body that runs the Stonehenge site.

“This astonishing discovery offers us new insights into the lives and beliefs of our Neolithic ancestors,” he said.

The circle of pits is significantly larger than any comparable prehistoric monument in Britain. Researchers have found 20 shafts, but estimate there may have been more than 30 originally. Each one is about 5 metres deep and 10 metres across.

The discovery was made without the need for excavations, using remote sensing technology and sampling.

The archaeologists said the precise and sophisticated way in which the pits were positioned suggests that the early inhabitants of Britain used a tally or counting system to track pacing across long distances.

“The size of the shafts and circuit surrounding Durrington Walls is without precedent in the UK,” said Vince Gaffney, a professor of archaeology at the University of Bradford and one of the lead researchers on the project.

He said the discovery demonstrated “the capacity and desire of Neolithic communities to record their cosmological belief systems in ways, and at a scale, that we had never previously anticipated.” (Reporting by Estelle Shirbon; editing by Michael Holden and Andrew Heavens)