Risks and rotisserie chicken: How safe is our food during the Covid-19 pandemic? 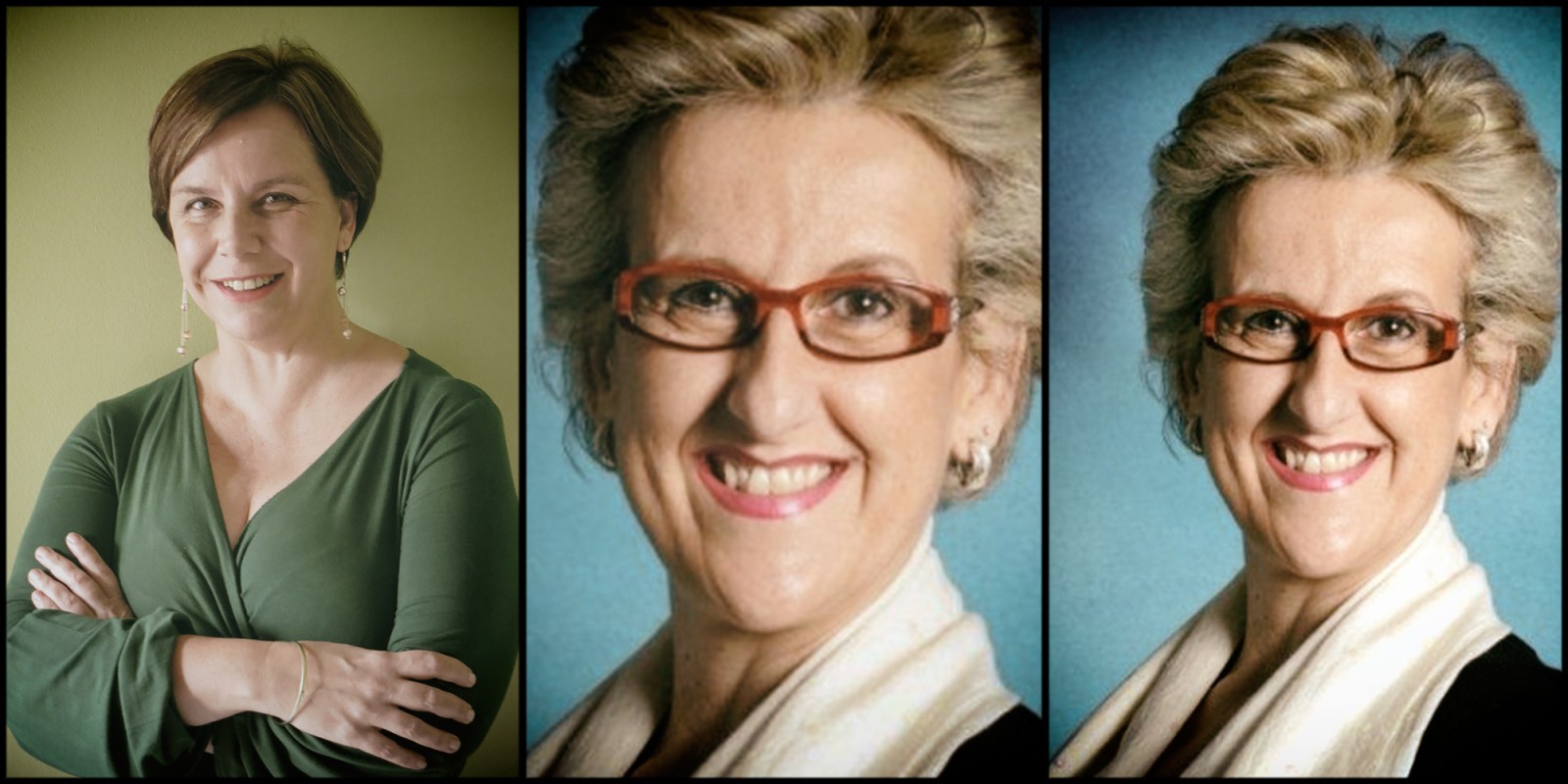 Microbiologist and food safety expert, Professor Lucia Anelich tackled a few of our burning questions on how best to keep Covid-19 at bay when buying and consuming food.

“We have no evidence that this virus is transmitted via food, or indeed food packaging,” said Professor Lucia Anelich. This was the first burning question she addressed during a webinar hosted by Maverick Citizen senior journalist Estelle Ellis on whether Covid-19 is a food safety threat.

“(The virus) might be present, but (food) doesn’t transmit the virus, mainly because the virus is a respiratory illness. We don’t have any evidence that the virus can be absorbed by the digestive tract,” she added.

But the science surrounding Covid-19 and its transmission is not yet definitive. According to the World Health Organisation’s (WHO) guidance for food safety businesses: “Current evidence indicates that the Covid-19 virus is transmitted during close contact through respiratory droplets (formed by coughing or sneezing), and when heavy droplets land on objects and surfaces surrounding the infected person.”

Regarding surfaces (for instance packaging): “It is possible that someone may become infected by touching a contaminated surface, object, or the hand of an infected person and then touching their own mouth, nose, or eyes.”

So there’s no empirical proof that anyone has contracted the virus from packaging. It’s not impossible, but the chances are slim, Anelich indicates.

The webinar took place just two days after President Cyril Ramaphosa announced that a range of businesses, including eat-in restaurants would soon be allowed to operate under new “advanced Level 3” restrictions.

This is despite a recent steep increase in Covid-19 infections. At the time of the announcement, South Africa had recorded 76,334 Covid-19 cases, an increase of 2,801 infections from the previous total. Currently, we are sitting at 92,681.

She addressed some of the precautions restaurants should be adopting to limit the spread of the virus. “I have seen some suggestions that people should be wearing both face masks and the face shield, because the shield protects the eyes.” She said recent research shows that a high percentage of infections occur via the eyes.

“We will have to wait for the regulations and recommendations that come from government on the restaurant industry.” But she added that the adoption of physical distancing between tables, having mandatory hand sanitising before entering the restaurant, and waiters and patrons keeping adequate distance from one another was good practice.

“Face masks… don’t necessarily prevent all droplets from being distributed, but certainly does help to keep them back to some extent and that is why face masks are required.”

She added that face masks need to be handled and worn correctly, covering both the nose and mouth, and not placed on the head like a pair of sunglasses. Hand washing has been preached for years in the food industry, said Anelich, and is a simple and extremely effective method of prevention.

She explained why: “The virus has a fatty layer on the outside and this fatty layer makes it very susceptible to certain conditions like soap. Soap disrupts that fatty layer, which means that soap is really effective when we wash our hands properly to actually kill the virus. And the same applies for normal household disinfectants. They work really well against the virus for that reason. If it didn’t have this fatty layer, we would probably be faced with a more serious situation in terms of trying to get rid of the virus.”

When asked about the effectiveness of wearing gloves during food preparation, she said years of research show that gloves offer a “false sense of security”.

“When people wear gloves, they tend to forget that the glove is an extension of their hand and so they will touch surfaces with the glove and then touch their faces or forget to wash their hands.”

In terms of food delivery services, ensuring that the packaging for food items is properly closed and covered during transportation is important.  Anelich said it was also good food safety practice to keep delivery vehicles and food delivery bags well cleaned and disinfected.

When asked whether the government’s short-lived ban on cooked food was “rational”, Anelich said she was unsure of the reason behind it, but speculated that it wasn’t to do with food safety, but rather a potential tug-of-war between supermarkets who could continue to sell hot meals, meanwhile food vendors were forced to close down.

The discussion pivoted to whether items bought at the supermarket should be disinfected. “I wash my fruit and vegetables in fresh, clean water, and then I put them away and use them as needed. I do not disinfect and I do not wash them with soap and water – that is a definite no no,” said Anelich, who explained that soap is toxic to humans and should not be ingested.

In terms of how long the virus survives on different types of packaging, she said a recent study published in the New England Journal of Medicine showed that under controlled conditions, the virus survived up to four hours on copper, up to 24 hours on cardboard and up to three days on plastic and stainless steel.

“It is important to note that this work was done at 40% humidity in the air and at 21 to 23 degrees celsius.” The virus is also susceptible to drying out, Anelich continued. “If the humidity in the air is less than 40%, the virus will likely not survive as long.”

There is no data yet available regarding how Covid-19 fares in cold conditions, but based on studies done on similar viruses, refrigeration and freezing prolonged their lifespan.

Additionally, Covid-19 doesn’t do well under high temperatures, roughly 30 degrees celsius and above, said Anelich. To this effect, she suggested putting shopping bags and masks in the sun after going to the supermarket. She couldn’t confirm how long they should be exposed to sunlight, but suggested “a few hours” minimum.

The virus, however, cannot thrive on different surfaces. Anelich explained that viruses in general cannot “multiply outside of their host”.

“Whatever number of viruses may be present on any surface, they will either decrease or stay the same, but they cannot get more.”

When shopping, Anelich suggested consumers disinfect basket and trolley handles using sanitising wipes that should be freely available. She urged against wearing gloves while shopping, saying hand washing and sanitising was an effective enough form of protection.

Concerns over washing hair or disinfecting shoes after a trip to the supermarket were also raised. Anelich said this was unnecessary.

Although she urged against sanitising or deep-cleaning your entire home, Anelich said disinfectants with a 70% alcohol content and bleach diluted in water was adequate for cleaning surfaces.

“Hand sanitisers that you normally get in the stores are perfectly adequate. What also works is a 0.1% household bleach solution.”

To prepare this, mix one part bleach with 34 parts of water.

Roughly one minute exposure time to the disinfectant is needed to kill the virus. It was advised that cold or tepid water is used to make the solution as some chloride molecules lose their effectiveness if exposed to high temperatures.

It seems an hour wasn’t enough to tackle this dense issue, so Anelich tackled a few unanswered questions after the webinar.