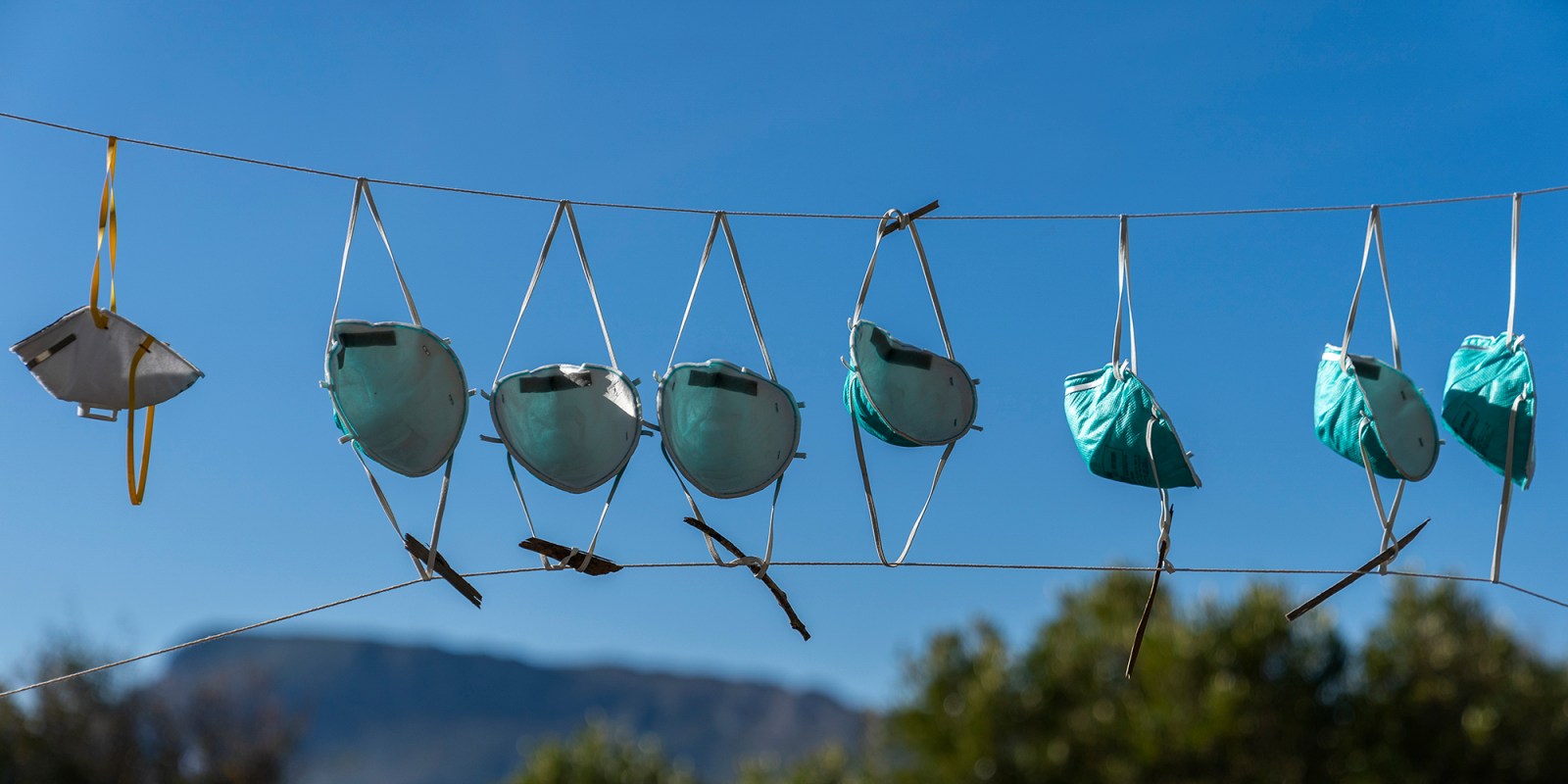 ‘Through our behaviour as individuals, we can reduce the likelihood that we will get infected or infect others. And it is through our personal and collective actions that we can continue to delay the rate of infection across society.’ – President Ramaphosa, Address to the Nation, 17 June 2020.

I am a runner. I am a mountain bike rider. I share my blood with other runners and riders who find joy, meaning, clarity of thought, peace of mind in physical movement. Sometimes we even find our purpose in the meshing of body, mind and nature that comes whilst pushing pedals or the endless tramp, tramp, tramp as the runner finds her rhythm.

For the most part, we are a community, even a close-knit family. With a nod and a grunt we touch eyes. We get to know each other without ever knowing each other.

We look out for each other.

That is why it hurts to ruminate publicly on an observation about my family that a part of me would prefer to keep private: why is it that so many people, white people in particular, don’t wear masks or cover their face when they run or ride their bikes?

I tried not to draw this conclusion. Over several days, I weighed the evidence. I studied the demographic of offending runners. But, in the neighbourhood where I live at least, there’s no getting away from it: many white people don’t cover their faces. Most black people do, particularly those people seen walking on their way to work.

I do notice that most athletes sling masks or buffs around their necks. But many don’t lift them over their mouth and nose when you pass. Some don’t even make the pretence of compliance with public health recommendations issued by our government.

Although the WHO has recently advised against wearing masks while exercising, it has also emphasised the importance of physical distance, pointing out that “breathing heavily while exercising may aid coronavirus transmission, making social distancing all the more important.” Sports magazines like Runner’s World echo this advice.

Yet in my observation, there’s frequently no mask. No doek. No bandana. No buff.

As of Monday night, 23 June we had over 101,000 confirmed cases of Covid-19. However, due to the mess with delays in Covid-19 tests and other factors, epidemiologists think the number may be many times higher.

In the big metros, where the rate of infection is growing most rapidly, the coronavirus will soon be taking up residence in every neighbourhood.

It’s important to always keep in mind that there is a large asymptomatic and pre-symptomatic population with Covid-19 (some say up to 70% of people) so you won’t notice. But, whilst many people may not show symptoms, they can still transmit the virus to others, including to people whose vulnerabilities may be greater than ours, because they are older or because they have comorbidities like diabetes or hypertension.

The SARS-Cov-2 virus resides in the upper respiratory tract. One of the reasons why it is unusually infectious is because it’s easier to cough or breathe out. If you’re an amateur like me, running or biking often involves heavy exhalations of air, which means if you are infected the virus is more likely to be propelled into the spaces in front of you. A runner passing you in the opposite direction is quite likely to get a mouth full of it.

When I encounter transgressors on the road, I sometimes cough loudly into my mask, I look them accusingly in the eye. Once I even dared to shout “wear a mask” which won me a contemptuous look. However, many seem oblivious to their transgression, neither ashamed or shy.

To me, the sans-mask brigade is exhibiting symptoms of another pathology. And so I couldn’t stop myself from wondering, “Why?”

I have considered several hypotheses.

The main purpose of wearing a mask is to protect others from being infected by you – not to protect you from others. Wearing a mask impedes the aerolising of the virus. Thus, I posit, not wearing a mask reveals people who are not used to looking out for the health of others. It suggests that public health and social solidarity, except among friends or family, has become an alien concept.

In addition, I think some fellow athletes might think that wealth is health. If they get exposed to Covid-19 they expect that they will be able to buy their way out of disease through access to medical aid and private healthcare. That’s a gamble…

My most concerning conjecture is that because the instruction that we wear masks comes from the government, particularly Health Minister Zweli Mkhize and President Cyril Ramaphosa, who stressed it again in his speech on 17 June, some people choose to ignore it.

The problem, I fear, is many white people still don’t think the government is theirs. There is subliminal (and often overt) racism that refuses the authority of black people; people who believe this way feel no moral obligation to obey the government’s orders. People who exhibit these symptoms do not consider themselves as being bound by any voluntary social contract with our government. They only obey an order when it comes with the threat of a criminal sanction, or if it’s a sign at a shop entrance prohibiting entry without a mask.

By contrast, in the US, not wearing a mask is a sign of allegiance to the far-right and their denialist President Donald Trump.

These behaviours are very dangerous.

Which one is you? Feel wrongly accused? If my hypothesis makes you angry, prove me wrong: next time you go out running or riding, carry a mask and cover your face when you are in the proximity of other athletes.

It’s a sign of respect and people’s lives may depend on it. DM/MC