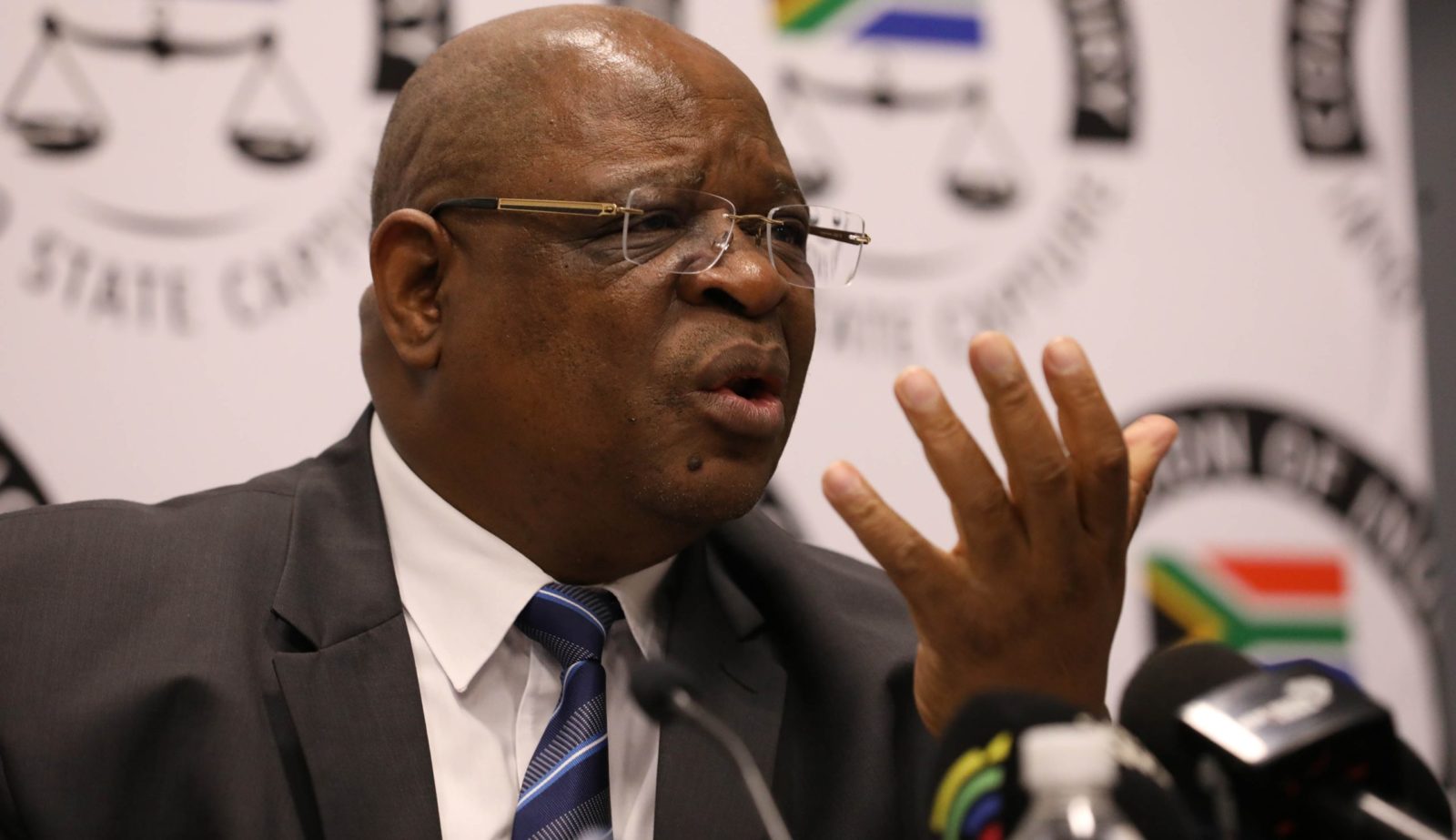 "In South Africa, the struggle against State Capture and corruption remains part of the struggle for human rights and social justice – we will work hard to ensure that institutions like the Zondo Commission are effective," insists the Civil Society Working Group on State Capture.

Although the deepening Covid-19 crisis has obliterated almost all other news over the last 100 days, prosecuting corruption and establishing the truth about State Capture remains as important to South Africa’s future as controlling the pandemic. This week’s arrests in the VBS scandal were a reminder of the high stakes involved, as well as of the huge social cost to the theft of billions of rand from poor people.

Amid mounting concerns about the lack of transparency regarding the work of the Zondo Commission during this period, on 27 May 2020, Civil Society Working Group on State Capture (CSWG) wrote a letter to Deputy Chief Justice (DCJ) Raymond Zondo to enquire about the progress of the commission’s hearings. The CSWG is an influential coalition of more than 23 civil society organisations from various sectors that has monitored and engaged with the commission, including presenting it with an Agenda for Action in February 2020. Information about and submissions by the CSWG can be found here.

While the CSWG commended the work of the commission thus far, it expressed concern over the lack of information about the measures it had taken to continue its work during the Covid-19 lockdown. It highlighted that the public had a continuing right to know what was being done.

The CSWG called on the commission to release interim findings which, they argued, would “help to facilitate accountability and strengthen the work of our law enforcement agencies”.

Their letter to Zondo argued that the work of the Zondo Commission had become even more urgent now “when emergency procurement processes may present potential avenues for corruption, patronage and ongoing State Capture”.

The CSWG gave examples of institutions such as Parliament and the courts that had found alternative ways to work despite the difficulties presented by Covid-19 and called on the commission to use “secure virtual platforms … which can be livestreamed or uploaded at a later stage on various platforms for ease of access by members of the public” as well as to “urgently” reconvene its hearings “with the necessary health and safety precautions, as permitted by the regulations made in terms of the Disaster Management Act, and completes its tasks within the given timeframes”.

They requested that information be regularly published on the Commission’s website “in order to keep the public updated and instil public confidence.”

In a letter sent to the CSWG on 15 June the Acting Secretary of the commission, writing on the instruction of Judge Raymond Zondo, responded positively to CSWG, described as “friends and supporters of the Commission” and assuring them that their “detailed submissions” would be taken into account before the commission decides on its final recommendations to the President.  The CSWG made the letter available to Maverick Citizen.

Although admitting to the disruption, the letter states that the commission had been continuing its work remotely where possible and that it would be resuming public hearings on 29 June.

The letter went on to say that when the commission resumes, in the interests of time, witness testimony would be limited only to aspects considered important and those likely to be challenged by implicated people. In spite of this limitation, however, the full statements of witnesses would still be made publicly available.

On the issue of interim reports the commission responded that:

“Whilst not opposed to the release of interim reports, the difficulty has been that there are many persons who are implicated in different state-owned entities (SOE’s) with the result that, if the Chairperson were to prepare an interim report with regard to a particular SOE, he may make findings under that SOE against persons who must still give evidence before him in regard to other SOE’s in which they are also implicated. Making such findings before he has heard such persons under other SOE’s would disqualify the Chairperson from hearing their evidence with regard to the other SOE’s.”

In response to the letter, Zen Mathe, speaking on behalf of the Secretariat of the CSWG, welcomed the commission’s response and “the firm commitment on how it intends to continue its work in coming months”.

Mathe expressed disappointment that the commission would not issue an interim report.

Mathe said, “We want to see a process that allows for sharing of information by the Commission with the NPA to help ensure that those in the public and private sector who loot with impunity are held to account.”

Nonetheless Mathe welcomed the commitment that witnesses “will no longer be able to use public hearings to make meandering statements – hopefully this finally signals a renewed energy from within the Commission after its lockdown.” DM/MC