Malawi: Looking at a better future 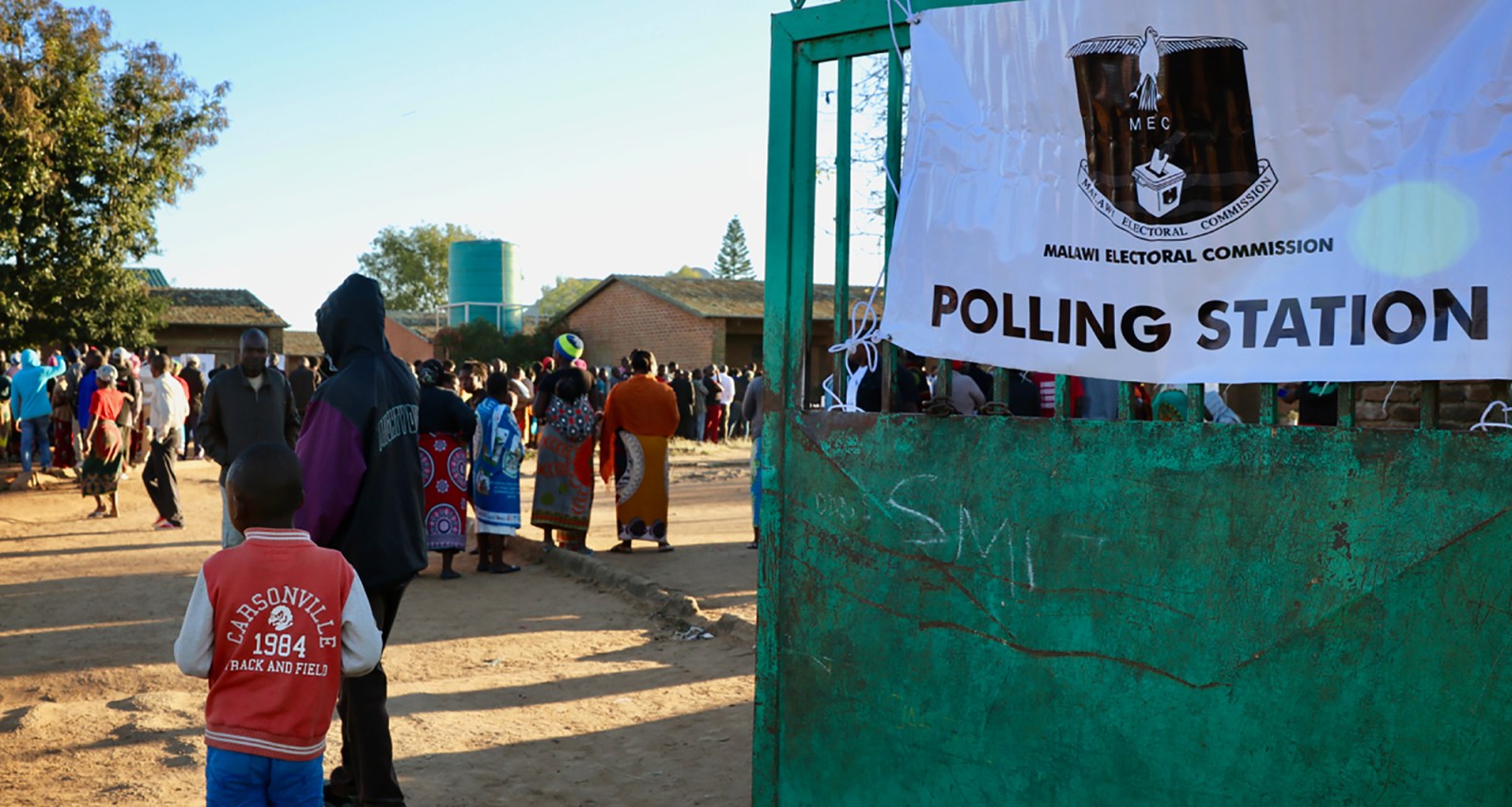 Malawian citizens participate in the 2019 tripartite elections on 21 May 2019. (Photo: Flickr / USAID Malawi)

On 23 June 2020, we will go into the most important election Malawi has staged. It will decide whether or not we can return our country to a path of development or continue on the current road to ruin.

Just 40 years ago, Malawi was written about as a tourist paradise. Visitors flocked to spend money. The Lake was, as it is today, an unparalleled richness. But there were other gems. From on high in Zomba, visitors looked down on a patchwork quilt of Malawi’s rich agricultural lands.

The view of the plateau was like that seen from an airplane, one tourist said, but without any of the buffeting.

Those parcels of land produced a surplus for Malawians. We were leaders in tea, and coffee, grew enough maize for our own requirements, and exported to the region. When Zambians came over the border, at Chipata, they exchanged their Kwacha for ours at a premium. Our leadership made it their business to receive constant reports on agricultural progress. They encouraged the population to grow quality food crops. This attention to detail showed in the results.

Then the buffeting came, and the world changed. And we failed to change with it.

Democracy in 1994 brought relief from the excesses of one-party rule. But successive governments promised much and brought much less.

Instead, we took the country backwards. Rather than the competitive marketplace of ideas, politics became a test of ethnic and religious allegiance. It was a cesspool of broken promises and false alliances, the preserve of the big man, the lengthy cavalcade, and endlessly vacuous policies.

And then there was the corruption. While our founding father Kamuzu Banda had faults, he was not a corrupt man. There were no Swiss bank accounts, no apartments in the south of France. Aid was used to his people’s benefit, not for his short-term gain. He invested in agricultural systems, and in industrial businesses, not personal mansions.

If Malawi will prosper, we need to invest in our people in the same way.

This means we learn to invest in our agriculture, not in foreign lands. It requires us to create space for the private sector, rather than be trumped by narrow, vested interests. And it means making our country a stand-out success story for Africa, one that people regularly cite to describe as an African exemplar, a turnaround achievement.

Justin is a gardener in South Africa. He left Malawi because there was no future for him. His goal is to be a servant, after nearly 60 years of independence. This is not the future we should aspire to for Malawians.

We don’t see our future in the export of our people. We don’t want to be renowned as a nation of gardeners and ‘houseboys’. We are all Malawians. Our lives matter.

We have been let down by politicians interested only in their own welfare.

We need to take a leaf out of Asia’s book. As they accelerated their development past African levels and those of much of the Western world to become richer than their once colonisers, they were interested in power for the sake of their people, not for the sake of control and the trappings.

The longer our leaders have stayed in power, the more they have been exposed. Corruption has become the index of measurement, not governance. Rather than the ease of doing business, they are judged on the extent of the roadblocks and constraints. Corruption became the watchword, not sustainability.

And then, when polls offered the chance of change, political subterfuge became the name of the game. Stolen elections became our national sport.

Until recently, that is. Our Constitutional Court stopped that the last time, when President Peter Mutharika and his henchmen used Tippex to erase the intentions of the voting public.

Now we have a chance to put this right.

The stakes are high, precisely because we are so poor. Per capita income is now just over $500, barely twice the level it was at independence in 1964.

That may explain why the signs of government partiality are worrying. The recent enforced leave of Chief Justice Andrew Nyirenda pending his retirement could only have been part of the ruling party’s plan to fiddle, steal and deny the victors of our election on 23 June. The antidote is to expose them, so that Malawians can have a decent shot at the future, not the dismal horizon at which they currently stare. Fortunately, our civil society is alive to these manoeuvres. The high court has granted injunctions preventing the removal of the Chief Justice after appeals were lodged by the Malawi Human Rights Defenders Coalition, the Association of Magistrates, and the Malawi Law Society.

The litmus test of any tourist is the ache to leave. We need to recreate the Malawi where foreign visitors whisper that the Warm Heart is, indeed, pumping, that we are the best-kept secret in the tourist market. It is where no one wants to leave and to where everyone wants to return.

And when we look down from Zomba we see an agriculture economy operating at full tilt, offering a lifestyle attractive to Malawians and its visitors, a lifestyle leader.

This should be the Malawi of tomorrow. DM

Dr Lazarus Chikwera is the candidate of the Tonze Alliance.