Levelling about Lockdown: In the end, it comes down to us 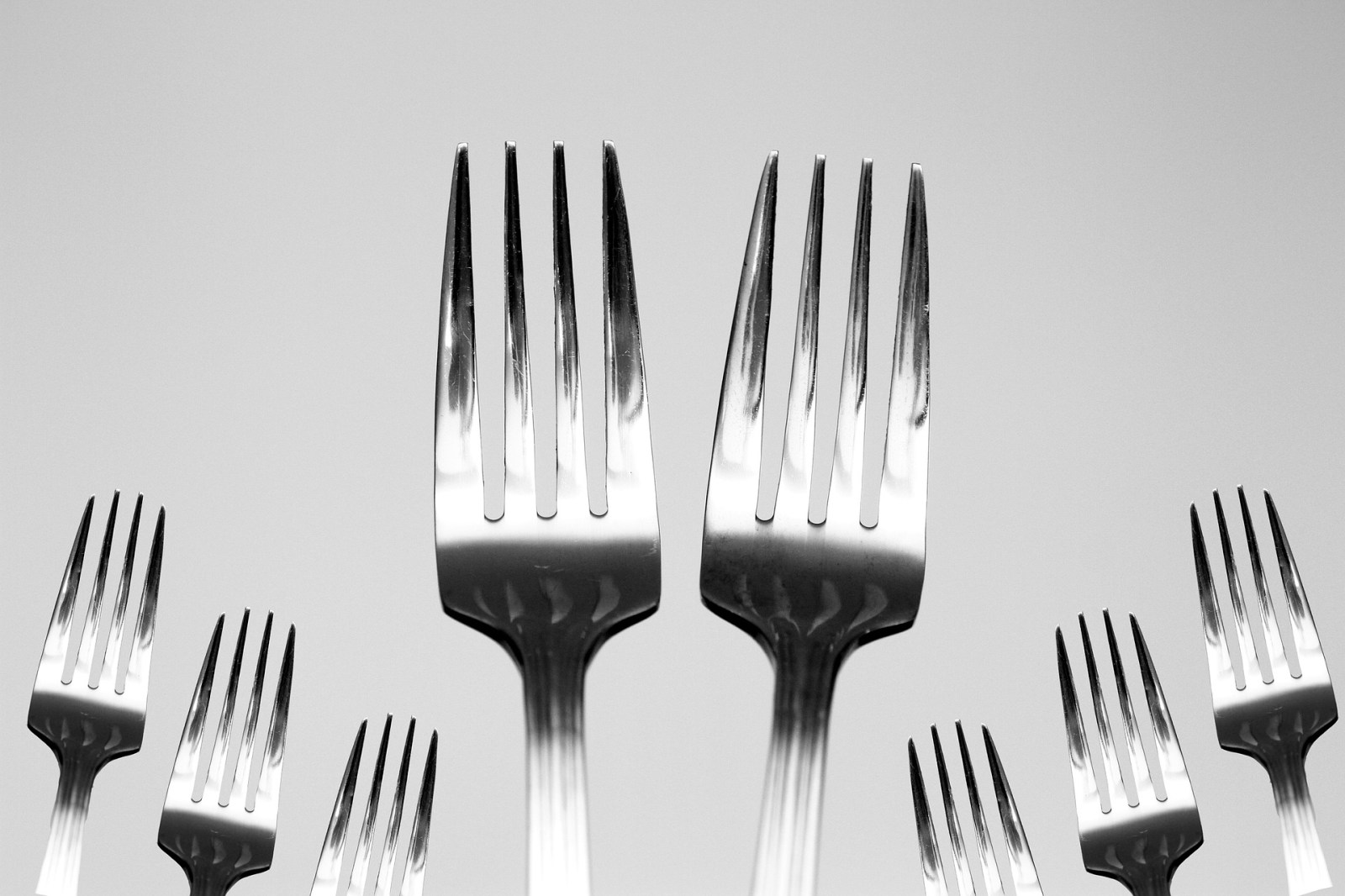 Image by Tafilah Yusof from Pixabay

If Level 3 is as lax as it has now become, Level 2 must be a naked love-in at the junkie park with a pipe being passed from mouth to mouth. So the onus falls on individuals to forge their own path through it all and come out the other side unscathed.

I’ve been thinking about hotels lately, and when or whether I’d want to go back to one we often frequented before the lockdown began.

I love hotels, always have done, as much as I love passenger liners. That sense of stepping out of my world and into theirs, the way they do things, the way things are decorated, their hues and moods, the music they play, the menus they craft in their restaurants. When you step inside a good hotel or on board a great passenger ship, you’re in their world now, you’re a part of it for as long as you’re there. Life operates to their tune, their way of doing things; you step into it, wrap it around you until it’s time to check out or disembark. It’s a privilege and the best way to treat it is to succumb to its charms and let it envelop you.

Outside of World War 2 London, when the bombs raining down during the Blitz changed all that for a while, or a terrorist attack such as that on the Taj Mahal Palace hotel in Mumbai in 2008, it always seemed safe to be in a hotel or on board a ship. Who could have imagined that it would ever not be so.

Now I wonder, I seriously wonder: how and when can we ever feel safe to board a passenger liner again, and when will we feel ready to check into a hotel? I wouldn’t right now. There are more, as Johnny Nash sang, questions than answers, and even when some are answered, who’s doing the answering and what is their judgement like? Who can we trust with our lives, because that’s what we are talking about here. Our lives. If not our own, those of anyone else to whom we could pass on a virus were we to carry it, even if we’re asymptomatic. So it’s not only about our own health. It’s about the health of any number of random people.

How can we know how sanitised everything – anything – is in a restaurant, even one whose owners have the world’s best intentions of doing it properly? Isn’t it entirely a matter of trust and faith?

In your hotel bedroom, who’s touched what, when and in what way, with clean hands or not? Who was in that room last night? Where did they come from? What are their habits like? How can I know? What did they breathe on, cough on? Did they touch the walls, the bedstead, the bedside table, the lamp, all the switches, the dressing table, chair, mirror, wall, did they drop something and pick it up off the floor? Which part of the floor? And did the staff clean that part properly this morning? How thorough a cleaner is the cleaner? The odd half-hearted wipe here and there when the housekeeper is not looking, or assiduously cleaning every part of every surface in sight? And that’s mere cleaning; what about sanitising? And were they interrupted by a colleague at the door asking them something, and did they turn back and miss a spot? The spot you’ve just touched? And you’re just passing through but the cleaners are there every day, in contact, as it were, with every guest in every room. Every day. And they go back to their families every day, and, and and… who’d want to be a hotel cleaner right now? The job should come with danger pay.

I know this is sounding a tad paranoid, but I’m going to that place with the intention of making us think through all this so that we’re clear about exactly what the stakes are: you can have any number of rules but in the end it comes down to the individual and how thoroughly we follow the rules. It comes down to us, whether we’re the cleaner in the hotel bedroom or the waiter at the restaurant table.

So you can go back to a restaurant now. Isn’t that a bit like the leap of faith you take when boarding an aircraft? You put your faith in the pilot, the co-pilot, the aircraft’s machinery, its systems, the air traffic controllers, the weather, other pilots in other planes. Are you sure you’re ready to do that?

Who’s been handling that plate, this fork, this knife, and how? When was it washed, how well, and did anyone touch it between the kitchen (where the washing up is done) and the table? Was it stored in a cutlery tray in between, and who touched that? Whose fingers were on the rim of the wine glass, who inadvertently breathed or coughed on it (if I have one, if I can have wine in a future further relaxing under a lower lockdown level)?

In a busy restaurant, things happen frantically, at breakneck pace, staff stumbling into and over each other all the time. There is a massive – not big, not even merely huge – a massive chance of something being touched or breathed on, by someone, some time, and there will be no way of knowing which piece of cutlery or crockery was touched by whose naked hand, when, and where that person had been, whom they’d been with, and on and on and on. With the most stringent practices possible in place, there will always be opportunities for error all over the place. And where there are humans there are…? Right. It’s not called human error for nothing.

So, yes, I understand that this posited viewpoint pushes things to the boundary: I’m doing that with intent. It’s too easy to say, “They’ve gone too far! We need to face this thing out and see it off.” Whereupon, too many people I know have taken off their masks and gone shopping, or for a walk. Which I do myself, but not without a mask on. Which I keep on until I’m back in my car. Because I don’t want you to pass it for me, or pass it to you.

I watched with amazement at the meat counter of our local SuperSpar last Sunday as a group of what seemed to be good friends all took their masks off to have a good old chinwag, telling stories and laughing, within touching distance of the shelves of packaged meat, and to get to the cut of meat I was after I had to get into that two-metre-square area they’d just left and take my chances. Or do without. It lingers in the air, this thing, after the spittle-throwing group has moved off. It’s maddeningly careless. I want my mask off as much as anybody else, but where is the sense of responsibility to others?

I am quite offended by the remarks of those who say blithely, “Well, I’ve decided to go the herd immunity route,” as if that gives them permission to risk my life. So that they can have a future free of risk of Covid-19, they are prepared to risk the lives of those who, through a herd immunity experiment, may contract it and die. No thank you, leave me out of your selfish little equation.

Which means I will have to stay at home for much longer, in self-imposed isolation, no matter how lax the next lower levels of lockdown turn out to be. If Level 3 is as lax as it has now become, Level 2 must be a naked love-in at the junkie park with a pipe being passed from mouth to mouth.

So it comes down to ourselves and our own decisions and resolve. Never mind the imposition of any level of lockdown, what am I going to do to ensure that you don’t contract Covid-19, and what are you going to do so that I don’t get it?

This is the time for the adults to come back into the room and look out for each other. Not any old adult who happens to be walking past. Not NDZ or Cele. No. You and me. Now that others have made the decisions that mean our restaurants may open again, those that are able to, can afford to and want to, the onus falls to us.

I want the grownups in charge of restaurants to take it every bit as seriously as if everyone at every table was their mom and dad, their siblings and their best friends.

The (way too many) people I see in public even in my small town who are not wearing masks, and are too close to one another, give me pause. So now you’re in a restaurant. There are people at the next table, at a “safe distance”, more at the table behind you. Staff are moving from table to table, with plates of food, later clearing plates away. People chatting, laughing. Some of those people may think, “ah but most of us will be just fine even if we do get it, the statistics show…” (ignoring those pesky statistics about, you know, deaths). Others may be rigorous in their lockdown hygiene practices. Others may not be, because in their infinite wisdom they have decided, “I’m going the herd immunity route.” And a cough. A plate. A waiter’s hand. A breeze as they waft past you.