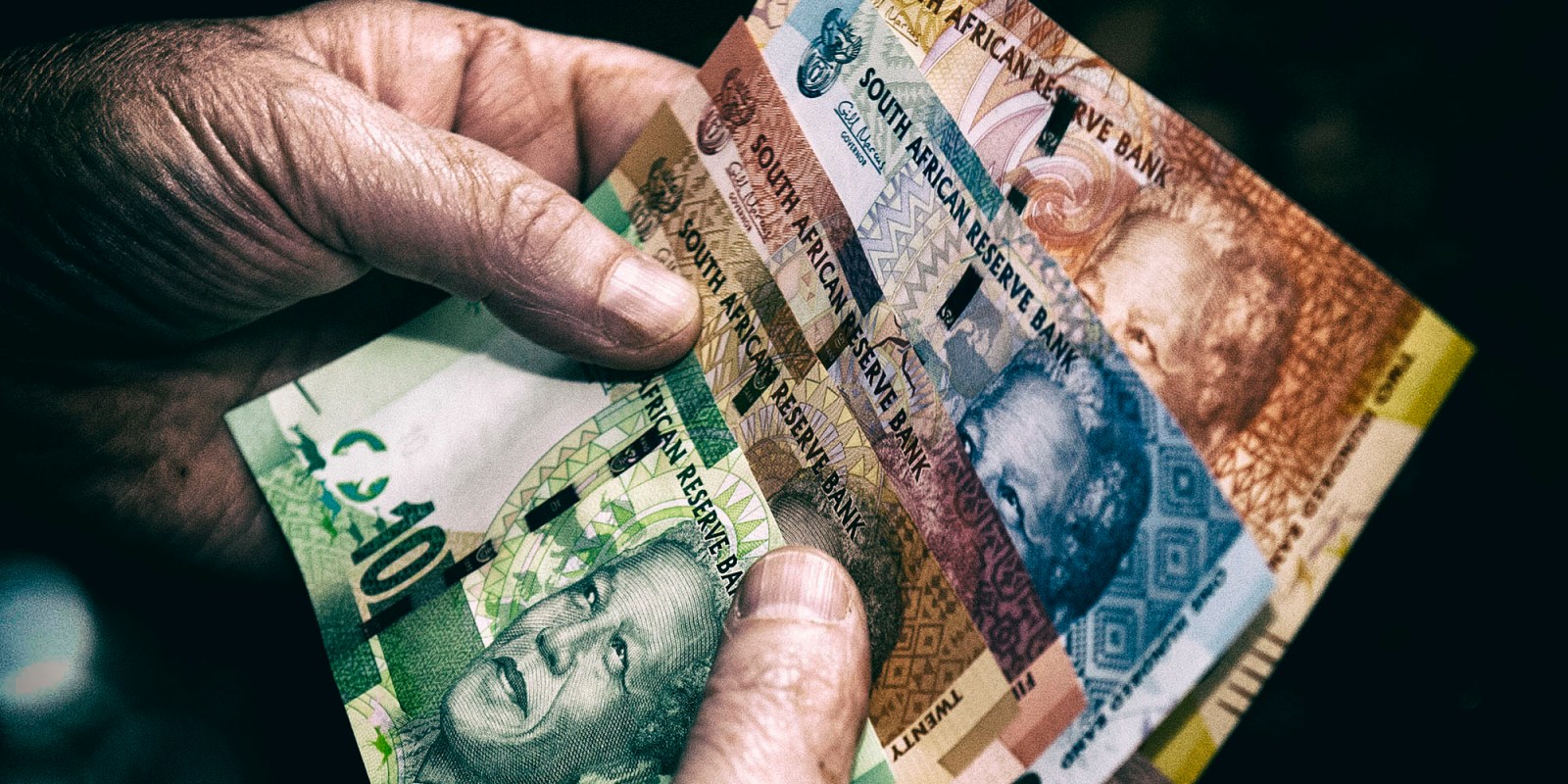 The bankrupt municipality of Emfuleni has been unlawfully paying – at the cost of about 1,200 of its employees – premiums of more than R3-million a month to Liberty for unapproved risk benefit cover linked to a defunct standalone provident fund.

The Emfuleni Local Municipality (previously Lekoa) is one of three local municipalities comprising the Sedibeng District Municipality which includes Sebokeng, Evaton and Vanderbijlpark in Gauteng. It and some of its employees have suffered losses of over R100-million over the last few years as a result of the unlawful premiums being paid to the Liberty Group for unapproved group life and disability cover for a group of employees who were former members of the now dormant Local Authority Multi Provident Fund (LAMPF).

This is not just leaving the local government structure, which is already partially under administration, out of pocket by subsidising the premiums and carrying the cost of the administration. It also means the 1,200 affected staff members have been forced to partly pay for overly-expensive insurance and, just to rub salt in the wound, also be taxed on the subsidised portion as a fringe benefit.

According to the Income Tax Act, any amounts paid by an employer to an insurer as premiums for the provision of “unapproved” risk-benefit cover for some or all of its employees in terms of an insurance policy issued to the employer, are “fringe benefits” taxable in the hands of those employees.

Neither the municipality nor the LAMPF has a valid agreement in place with Liberty to provide this cover. And to add insult to injury, the affected members were illegally transferred to the Liberty Corporate Selection Umbrella Retirement Fund No. 2 in January 2016, without official authorisation by either Emfuleni or the affected employees.

Senior Personnel Officer Gloria Kedibone Dladla-Nkadimeng, Lulamile Tshitsiba, Organisational Development Manager and his colleague Palesa Maila, were elected by the affected staff members to represent their cause. They say they have tried in numerous ways to persuade senior officials of Emfuleni to intervene and stop the irregular arrangements and to try to recover the amounts lost as a result.

“To date, our efforts have been in vain and it is for this reason that there are now legal proceedings between us and Emfuleni before both the pension funds adjudicator and the South African Local Government Bargaining Council (SALGBC),” Dladla-Nkadimeng says.

“These proceedings should not be necessary as the interests of both Emfuleni and the affected employees would be served if we would work together to properly deal with these irregularities,” she adds.

Before December 2004, membership of the LAMPF was compulsory for certain employees. The rules, however, have changed since then, making membership optional for people employed on or after 1 January 2005. Compelled employees had to sign up for additional group life cover provided through the LAMPF at the time of employment.

Newly appointed municipal manager Lucky Leseane, however, says that the matter remains a complicated one and that the Covid-19 lockdown has constrained efforts in finding a resolution. He says the municipality will enter in consultation with workers as soon as it is possible to do so and when they have received a clear legal opinion on how to deal with the matter going forward.

The LAMPF was established as an umbrella occupational retirement fund for municipal employees in 1994 and was initially underwritten and administered by Sanlam. For some time, there were a number of municipal employers across the country participating in the fund but in recent years, Emfuleni has become the only contributor. Liberty has since taken over the administration of the scheme.

Before December 2004, membership of the LAMPF was compulsory for certain employees. The rules, however, have changed since then, making membership optional for people employed on or after 1 January 2005. Compelled employees had to sign up for additional group life cover provided through the LAMPF at the time of employment.

“We thought that it was simply an unapproved group life and disability or permanent health insurance scheme,” says Dladla-Nkadimeng.

Initially, these premiums were approximately 8% of the pensionable remuneration of the LAMPF members but, over the years, have increased to the current 12.2% of pensionable salaries. These premiums are much higher than those payable for “top-up” group life and disability cover provided for other Emfuleni employees in terms of the other schemes that are available to workers of the municipality.

Says Dladla-Nkadimeng: “Not only are we on the hook for much higher premiums than our colleagues, we are also taxed on a scheme structured as a fringe benefit. Worse still, many of the claims to disability benefits in terms of the insurance policy have been rejected, as it stipulates that applicants be 100% incapacitated to qualify, while the council boards its members at a level of 75%.”

“So some of us at Emfuleni have been paying huge amounts – first to Sanlam, and then, from 2005 to Liberty, for cover that has no real benefit to us,” she adds.

“As far as we know, there was never compliance with supply chain laws and policies either before Emfuleni started paying these premiums or when they were increased. So the payments of the premiums and the deduction of fringe benefits tax from our remuneration are probably unlawful.”

The first reason for why that is, she says, is that there is no legal constitutional board of trustees to have made a valid decision to partake in the scheme in the first place or for it to continue to oversee its execution.

Although both the Pension Funds Act and the rules of the LAMPF require that its members be given the right to elect at least half of the members of the board, current trustees were simply appointed in 2013 by the previous board. Members were not given the opportunity to elect their own representatives or to elect members of the board.

Trustees include, among others, Stanley Gaba – the LAMPF’s former principal officer and the council’s current spokesperson – and Michael Moloto, the LAMPF’s chairperson, who is not a member of the fund.

…This is costing Emfuleni approximately R3-million a month. It is also costing affected employees the equivalent of 3% of their pensionable salaries plus fringe benefit tax on the premiums paid by Emfuleni for the unapproved risk-benefit cover…

So an improperly constituted board accepted Liberty’s quotation for new premiums for unapproved risk-benefit cover with effect from May 2015 despite the insured being Emfuleni, not the LAMPF, and there had been no competitive bidding process for the provision of this cover. And then, in December 2015, it amended the fund’s rules, called the fund inactive and then continued to transfer its existing memberships to a Liberty umbrella fund with effect from January 2016 without the employees’ consent.

And because the board that took these decisions was not properly constituted, the Financial Sector Conduct Authority refused to approve the changes to the rules, which made the transfer of assets from the LAMPF to the Liberty Umbrella Fund unlawful in terms of Section 14 of the PFA.

Instead, and according to municipal records, Gaba signed a resolution purporting to be a resolution by an employer called “Local Authority Municipality”, to be able to conclude the deal with Liberty, and without making any changes to the terms and conditions of members’ employment. And on the basis of this “resolution”, Emfuleni employees were purportedly enrolled as members of the Liberty Corporate Umbrella Retirement Fund.

Gaba did not respond to emails from Business Maverick, but records show that he signed agreements with Liberty both on behalf of the LAMPF and on behalf of Emfuleni, although there is no sign that Emfuleni had authorised him to represent either of the organisations.

“We were not even told about this change until 2017,” says  Dladla-Nkadimeng. “And then a percentage of our salaries was deducted and paid to the Liberty Umbrella Fund. Emfuleni also paid fund amounts purportedly required to be paid to the Liberty Umbrella Fund towards administration costs and continued to pay premiums at exorbitant rates to Liberty for the unapproved risk benefit.”

This is costing Emfuleni approximately R3-million a month. It is also costing affected employees the equivalent of 3% of their pensionable salaries plus fringe benefit tax on the premiums paid by Emfuleni for the unapproved risk-benefit cover.

The affected employees state the only one currently benefiting from this arrangement is Liberty, and where applicable, other people who have been or are deriving financial or other rewards for setting up and/or maintaining the arrangement.

When asked who represented Emfuleni in concluding the agreements and what position in Emfuleni did that person occupy at the time, Liberty responded that “we confirm that as part of a client take-on process for the Umbrella Fund, Liberty requires the client/Fund to complete a form that lists the details of persons that the client/Fund has appointed as authorised signatories in respect of Fund-related transactions. The client/Fund has satisfied these requirements. Due to client confidentiality and the protection of personal information, we are not at liberty to disclose the names and/or details of these persons.”

The convoluted tale continues with more detailed input from the Liberty Group to be included. BM/DM