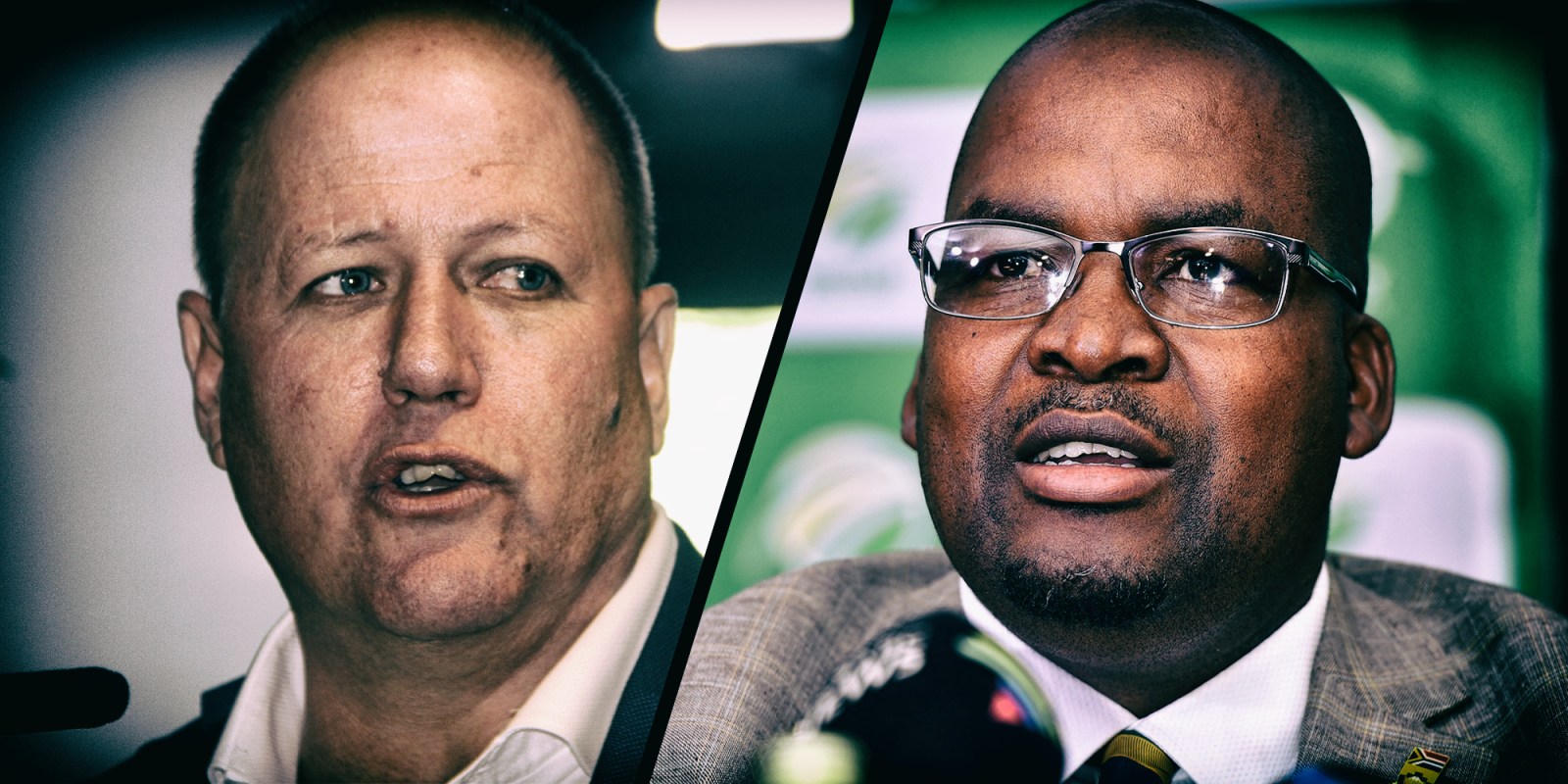 Tuesday was a celebration of youth in South Africa, but Cricket South Africa (CSA) board chairman and president Chris Nenzani must be feeling ancient as he and his board face yet another public battle, which appears to be a result of their own poor governance.

Clive Eksteen, the former head of sales and sponsor relations at CSA who was sacked last Sunday, will make a case of unfair dismissal at the Commission for Conciliation, Mediation and Arbitration (CCMA), South Africa’s statutory body for deciding on labour disputes.

Eksteen was cleared of four of five charges by an internal CSA disciplinary hearing, but was still fired, on what he claims are spurious grounds.

CSA found him guilty of one of the charges relating to the sale of sponsorship to an India-based company called Amul, for the Proteas’ T20 series against India in 2019. These are claims that Eksteen disputes because the final decision was signed off by his superior, Kugandrie Govender, CSA’s chief commercial officer.

Eksteen is also challenging the validity of the entire disciplinary process, claiming he was blocked from submitting documents to make his full case and that his reputation has been tarnished.

Nenzani, who has been largely silent in the nearly seven months since Moroe was suspended after a series of extraordinarily poor decisions, finally raised his head above the parapet on Tuesday evening.

This comes in the wake of an ongoing six-month forensic investigation into issues of corporate governance at CSA, which includes circumstances that led to the suspension of chief executive officer Thabang Moroe. It led CSA into a deep crisis at the end of 2019, which reputationally and financially has hobbled the organisation.

That investigation has taken longer than expected and last week Moroe arrived at the CSA offices for “work” in a carefully orchestrated publicity stunt.

Nenzani, who has been largely silent in the nearly seven months since Moroe was suspended after a series of extraordinarily poor decisions, finally raised his head above the parapet on Tuesday evening.

“The first part of the forensic investigation will be handed over by Friday,” Nenzani told journalists. “The letter outlining his [Moroe’s] suspension is explicit – it states that [Moroe’s suspension] is linked to his ongoing investigation. The letter that is in his possession is very clear.”

But what of Eksteen’s detailed claims of prejudice in his disciplinary hearing? Eksteen, a former Proteas spin bowler, was suspended on 29 October last year along with Corrie van Zyl, then CSA’s interim director of cricket, and Naasei Appiah, the chief operating officer. Eksteen was later brought up on five charges at a disciplinary hearing.

Three of those charges related to unpaid image rights fees to players in a complaint brought by the South African Cricketers’ Association (Saca). The fourth count was in respect of a sponsorship deal concluded between a sponsor and a broadcaster (to which CSA was not a party) and the fifth count alleged that Eksteen concluded a sponsorship deal between a multinational company (Amul) and CSA for an amount less than had been approved by the CSA Exco.

Eksteen was cleared on the first four charges but found guilty of the fifth.

“To my astonishment, I was found guilty on charge five, and received the sanction of dismissal,” Eksteen said in a statement.

“In line with the CSA internal disciplinary code, I lodged an appeal against the sanction.

“I was informed late on Saturday evening [13 June] that my appeal against sanction was unsuccessful, and that I was summarily dismissed. CSA issued a press release on Sunday [14 June] informing media and stakeholders. CSA did not advise me in advance that it would be issuing the release.”

The CSA release claims that Eksteen was found guilty of “transactions of a serious nature.”

“One charge cannot properly be described as ‘transgressions’, yet CSA chose to do so.

“The perception that has been created, and the perception, which is still prevalent, is that I was in some way involved in ‘suspicious’ dealings, and therefore subject to an investigation along with other CSA officials. Nothing could be further from the truth.

Moroe then briefly revoked the accreditation of five journalists critical of CSA from entering stadiums to cover the Mzansi Super League (MSL), which led to massive backlash from sponsors, Saca and even the sports ministry. In the wake of these and other issues, Standard Bank decided against renewing its R80-million a year sponsorship, which led to Moroe’s suspension.

“My astonishment at my conviction on charge five is due to, amongst others, the following facts: the sponsorship agreement was signed by my superior [Govender], not by me; no evidence was presented of [the CSA] Exco having mandated a final amount for the sponsorship; and my superior in her evidence, failed to mention that she had read a message from me to her, prior to the Exco meeting, in which I had told her of the current offer on the table from the sponsor.”

Nenzani when asked if Eksteen’s statement was factually correct, did not dispute it, but was careful not to concede its complete validity.

“The statement released by Clive to some extent is factual,” Nenzani said. “But we cannot comment on its merits or demerits at this stage because he is going to be referring it to the CCMA. So it would not be advisable to comment on it in a public forum.”

The CSA president chose to shy away from public discourse relating to the litany of CSA blunders, leaving acting chief executive Faul to become the face of the organisation in a time of deep crisis. A crisis that at best was the result of an inept board, at worst, of a complicit board.

Moroe was suspended on 6 December last year following a legal dispute with Saca relating to CSA’s decision to change the structure of domestic cricket without consulting its major stakeholder – the players.

Under the eyes of the board,  Moroe’s decision to put the Western Province Cricket Association (WPCA) into administration last year over its development of Newlands, only for CSA to lose an arbitration battle with costs, was another example of the free rein he was allowed.

Moroe then briefly revoked the accreditation of five journalists critical of CSA from entering stadiums to cover the Mzansi Super League (MSL), which led to massive backlash from sponsors, Saca and even the sports ministry. In the wake of these and other issues, Standard Bank decided against renewing its R80-million a year sponsorship, which led to Moroe’s suspension.

The bulk of the culpable board has not resigned en masse for its part in steering CSA to a projected R654-million loss by 2022. It has taken zero collective responsibility for the deep financial and governance crisis CSA is in, and stood by while Moroe and president Chris Nenzani ran CSA as a personal fiefdom.

Nenzani though was adamant the board had fulfilled its duties even though the organisation stumbled from one crisis to another on its watch. Nenzani himself described events at the end of 2019 as a “crisis”, which were almost all self-inflicted.

“The board took the decision not to shy away from the problems facing cricket last year and took a view that it would be unwise to resign and run away from the challenges,” Nenzani said. “We have a responsibility to correct what has gone wrong.” DM