How illegal mining is driving local conflicts in Nigeria 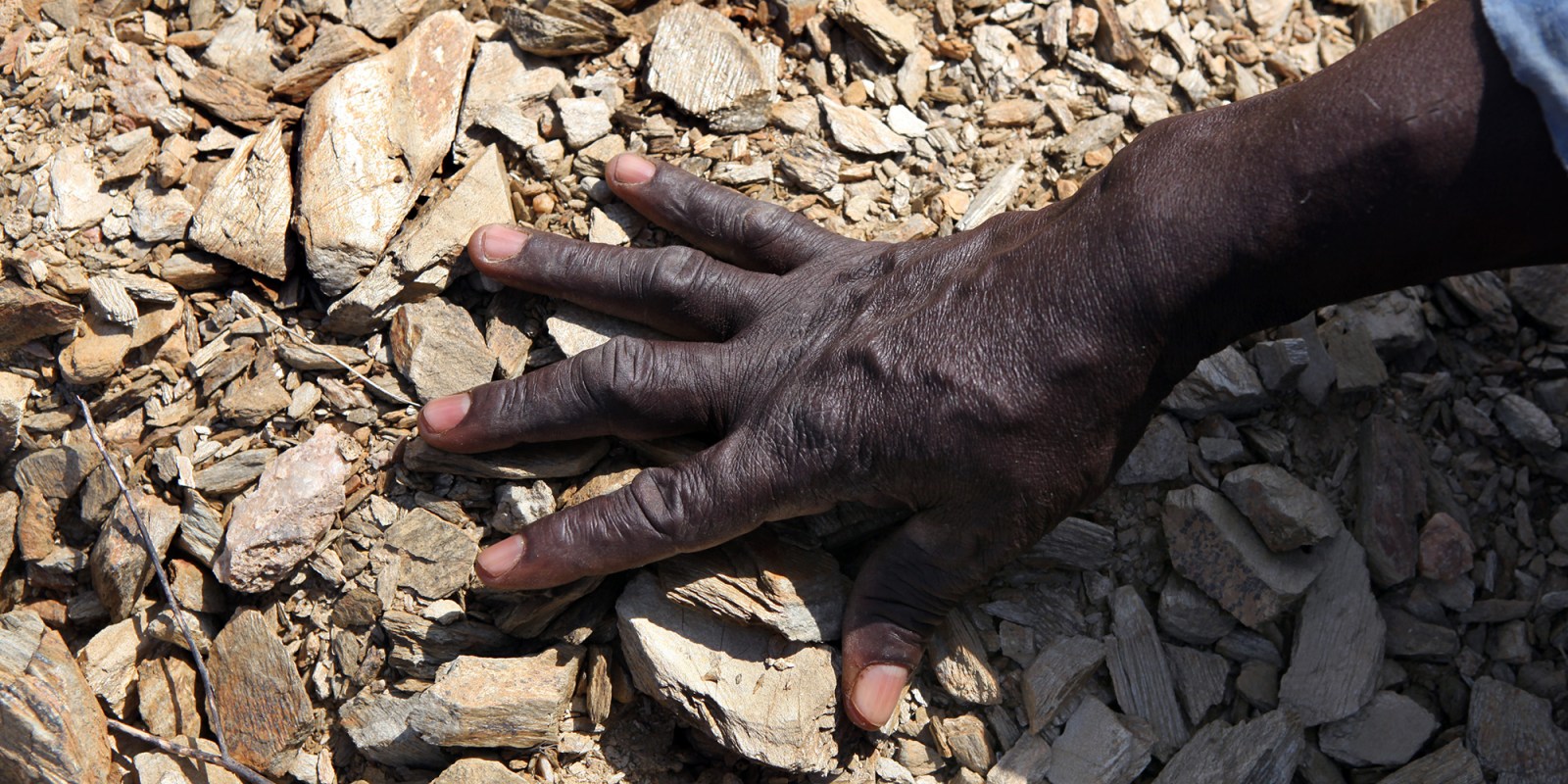 A man reaches for broken rock near a group of tunnels mined for ore rock, about 2km from the village of Dareta in northern Nigeria. (Photo: Shawn Baldwin / Bloomberg via Getty Images)

Africa’s artisanal and small-scale gold mining sector has development potential. At their peak in 2017, these mines in Niger employed as many as 600,000 people and created opportunities for local infrastructural development. But these prospects are undermined by criminals who profiteer from the sector at the expense of vulnerable populations.

Collaboration between politically connected Nigerians and Chinese corporations in illegal gold mining drives rural banditry and violent local conflicts in some parts of Nigeria. This includes the North West, North Central and to some extent South-West regions.

An estimated 80% of mining in the North West region is carried out illegally and on an artisanal basis by local populations. The mining of large, untapped mineral deposits in the area, especially gold which has strategic importance and economic value, is at the root of community violence.

The government’s ban of artisanal gold mining in Zamfara State and across the region, and the deployment of soldiers to enforce the ban since April 2019, have yielded few results. Illegal mining and its associated conflicts continue regardless.

The conflict has been on the increase since 2014, spreading across Kaduna, Katsina, Kebbi, Plateau and Zamfara states. More than 5,000 people have been killed in Zamfara State in the past five years. In February 2020, soldiers killed 13 bandits during clashes in Zamfara and Kebbi states. In April 2020, four soldiers were killed by robbers in Zamfara State, and police arrested two Chinese nationals for illegal mining.

Illegal mining leads to violent local conflicts in two ways in the North West. First, those funding the mining fight over control of the minefields. These “sponsors” are protected by some state governments and act as if they’re above the law, Dr Chris Kwaja, a Senior Researcher at Modibbo Adama University of Technology in Yola, Nigeria told the ENACT organised crime project.

Even when the governors of Katsina, Niger and Zamfara states led negotiations with the sponsors of illegal mining, this was under conditions determined by the sponsors – showing the level of political connectedness and state protection they enjoy.

Second, those who sponsor illegal mining also fund banditry and cattle rustling in mining communities in order to incite violence among cattle breeders and rearers. Locals from Zamfara State told ENACT, on condition of anonymity, that such conflicts displace people and create opportunities for illegal miners to operate. Many media reports blame the conflicts in the region on rural banditry, without addressing its links to illegal mining.

Illegal miners often front for politically connected individuals who collaborate with foreign nationals and corporations to sell gold. The mineral is routinely smuggled to Dubai through neighbouring Niger and Togo.

The rise in illegal mining highlights fundamental social, institutional and structural problems in Nigeria’s governance system. It reveals the prevailing socio-economic problems in the region, especially the inadequate responses to poverty and poor service delivery by the state. The youth, in particular, have limited income-generating opportunities, and this is where the sponsors of illegal mining recruit their labour force.

The involvement of foreign corporations in illegal mining is another sign of poor governance. Yunusa Ya’u, Executive Director of the Centre for Information Technology and Development in Kano told ENACT that it shows the “failure of regulatory oversight and gross inadequacies in the enforcement of regulatory compliance by respective governmental agencies”.

Illegal miners often front for politically connected individuals who collaborate with foreign nationals and corporations to sell gold. The mineral is routinely smuggled to Dubai through neighbouring Niger and Togo.

Some political “godfathers” put pressure on the government to free Chinese nationals arrested for illegal mining in Zamfara State. This lends credence to the existence of a powerful network of organised criminals involving local populations and foreign nationals in Nigeria’s mining and extractive sector.

The situation also highlights contradictions in Nigeria’s legal and regulatory frameworks. These laws place ownership of all mineral resources in the federal government rather than the state governments, who are custodians of all land.

The situation shows the deep-rooted structural problem facing Nigeria’s fiscal federal system which favours the central government. To address the challenge, the Mining Act should be amended to place ownership and control of mineral resources on state governments rather than the federal government. Nigeria also needs to deal, through diplomatic channels, with the involvement of foreign nationals and corporations in organised crime in the country. DM