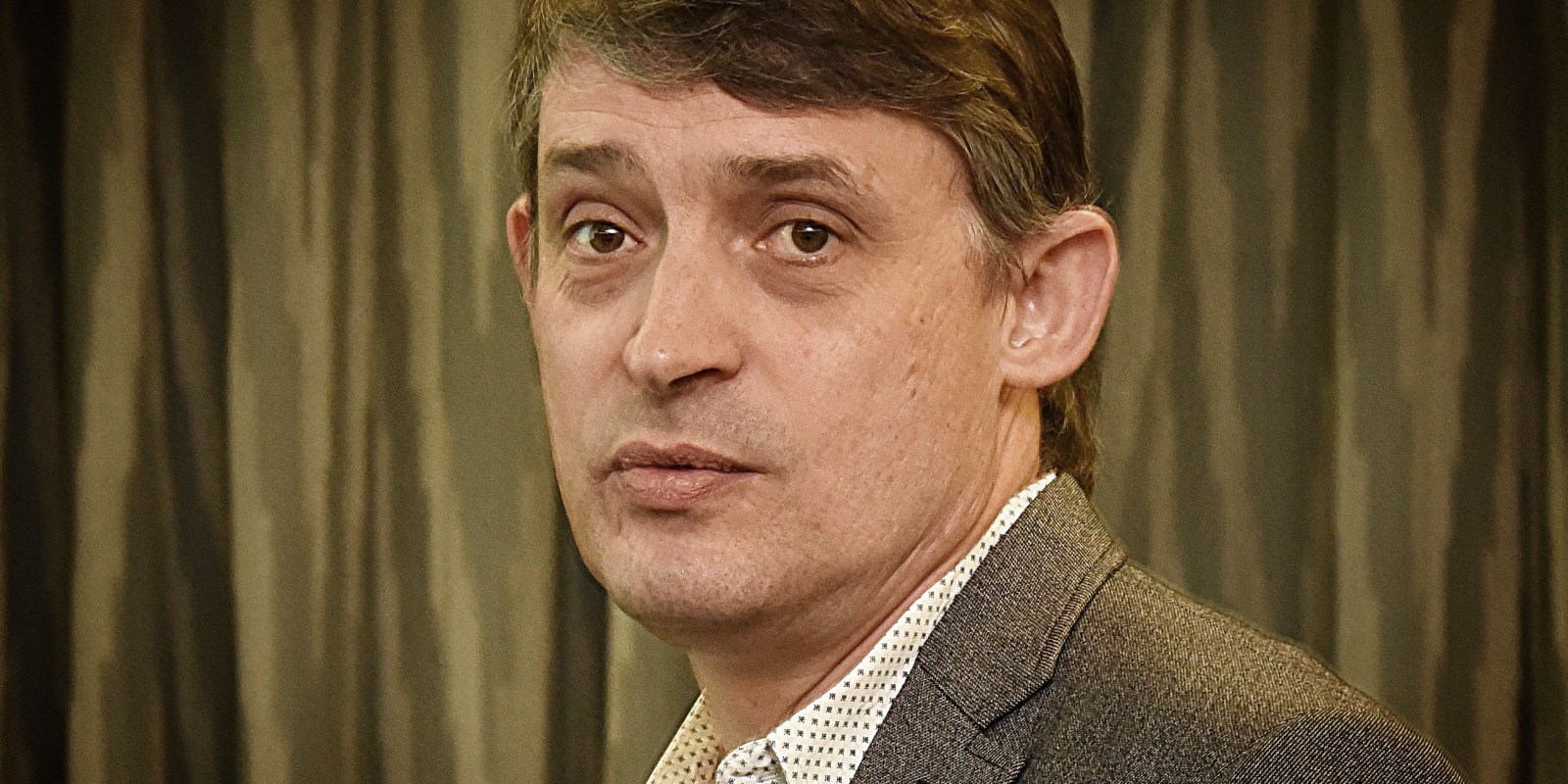 One of Deloitte’s key defences in trying to fend off misconduct charges levelled against two of its partners is a scathing attack on a key witness.

The Independent Regulatory Board for Auditors (Irba) and Deloitte, on 8 and 9 June 2020, made their closing arguments in the disciplinary hearing against Deloitte partners for audit work they did at African Bank and its holding company, African Bank Investments Limited (Abil), before the bank went bankrupt.

The disciplinary follows a complaint laid with Irba against African Bank’s auditors by enraged subscribers to the R5.5-billion bank’s rights issue in October 2013.

In 2013, African Bank’s then executive for credit, Gustav Raubenheimer, called the attention of the bank’s bosses and auditors, Deloitte to loan impairments he said the bank had understated, according to Irba in supporting legal papers.

A loan is impaired when the client of a bank falls behind on payments. The bank then needs to mark down the value of the loan in its books.

Raubenheimer is now the chief financial officer of the relaunched African Bank, established in April 2016.

In stark contrast, Advocate Shem Symon, for Irba, said the following of Raubenheimer: “He was the whistleblower. He was the timekeeper. He was the guard which you had to bypass if you were [former African Bank CEO Leon] Kirkinis and you wanted as little impairment as possible… He tried to get the right level of impairment that he thought was appropriate.”

Symon added: “Our opponents judge [Raubenheimer] incredibly harshly. They judge him to be a liar, to be dishonest and they accuse him of breaches of duty in a very savage attack on him.”

Van der Nest denied this: “I didn’t savage Mr Raubenheimer… he savaged himself.”

“Why that is important, is that when you stack up credibility between Jordan and Crowther on the one part and Raubenheimer on the other part, there is no contest,” Van der Nest said.

Van der Nest denied that African Bank made insufficient provision for loans as asserted by Irba and Raubenheimer. “That is flat wrong,” he said.

In 2009, African Bank made a loan to Ellerine Furnishers.

From 2009 until 2013, Ellerine’s debt soared as the firm’s financial health deteriorated.

By the end of September 2013, Ellerine owed R493-million to African Bank. But it was insolvent, the watchdog stated.

Deloitte argued that its audit team’s assessments of Ellerine provided evidence about the recoverability of the African Bank loan.

Jordan conceded that there were no working papers in the 2013 audit file or other evidence indicating that he considered the impairment of the Ellerine loan per an essential accounting standard, the watchdog stated.

He only offered “precarious defences” for his failure to consider whether the impairment of the Ellerine loan was necessary, Irba argued.

“The impact of the undetected misstatements would have plunged African Bank over the edge,” the watchdog stated.

Deloitte argued that its audit team’s assessments of Ellerine provided evidence about the recoverability of the African Bank loan.

“The fact that the link between these conclusions and the non-impairment of the Ellerine Furnishers loan in the audit file of the bank was not documented, is a very minor issue given that all the audit evidence for the conclusion was documented in the Ellerine and Abil audit files,” Deloitte stated.

“The infraction does not carry with it any element of turpitude or gross negligence… There was no improper conduct,” the audit firm argued.

Irba charged Jordan for failing to ensure that African Bank and Abil adhered to accounting standards in the application of the “in duplum” rule in respect of loan impairments from 2009 to 2012.

The “in duplum” rule regulates the amount of interest a creditor can pay, according to Debtsafe.co.za.

The watchdog stated that the companies attempted to “dishonestly” justify the delay in the correction. They also addressed it by “inadequately” restating the 2011 and 2012 financial statements.

The common law rule application of “in duplum” is that a debt provider can’t charge a client more interest than the debt.

By Deloitte’s admission, they understated the impairment of the loan book “by the staggering amount of at least R2.2 billion”, Irba stated in legal documents.

The error on the part of African Bank and Abil was “elementary” and was “inexplicably tolerated” by Jordan, the watchdog argued.

Yet he only addressed this in the 2013 financial statements, Irba asserted.

In those statements, African Bank and Abil acknowledged the error, but only “obliquely” explained it, Irba stated.

The watchdog stated that the companies attempted to “dishonestly” justify the delay in the correction. They also addressed it by “inadequately” restating the 2011 and 2012 financial statements.

The watchdog advocated that the disciplinary committee should hold Jordan accountable for his failure to act decisively.

“He simply allowed the problem to compound, until a change was unavoidable,” Irba stated.

In addition, the watchdog argued that there was insufficient audit file documentation from 2009 to 2012 to show how the auditor considered the risk of material misstatement of impairments.

Deloitte denied any misconduct in its handling of the application of the “in duplum” rule at African Bank.

“There is no indication that management behaved fraudulently or even with bias in relation to the in duplum issue,” Deloitte stated.

It is now over to the Irba disciplinary committee after having sat through 64 days of hearings and reviewed an avalanche of submissions. The panel, chaired by Advocate Alan Dobson, has to separate the wheat from the chaff and issue a ruling.

According to Deloitte, Jordan’s conduct was a “common, pragmatic and appropriate practice”.

“It had no effect on the net profit of the bank or any other metric… and the difference between its result and the calculated correct accounting treatment was immaterial at R8-million,” Deloitte asserted.

Irba’s allegations were devoid of substance and it was not clear how Jordan should have been more sceptical, Deloitte claimed.

During the disciplinary hearing, each party tried to rip the daylights out of the opponent’s arguments in extensive detail.

The two parties are worlds apart.

Symon argued that there was no doubt that the Deloitte partners were guilty. Van der Nest was adamant that they were innocent.

It is now over to the Irba disciplinary committee after having sat through 64 days of hearings and reviewed an avalanche of submissions. The panel, chaired by Advocate Alan Dobson, has to separate the wheat from the chaff and issue a ruling.

The anticipated ruling comes against a backdrop as succinctly expressed by outgoing Irba CEO Bernard Agulhas in 2019: “The auditing profession has… been tainted by a string of high-profile corruption, fraud, and corporate collapse cases that have cost the country, citizens and pensioners dearly.”

In addition, they are auditors for major JSE-listed companies including Old Mutual, Mpact, Cartrack, Oceana Group, Grindrod and Sea Harvest.

If the panel finds the two Deloitte auditors guilty of misconduct, then the committee will hold hearings to decide about what sanctions to impose.

The measures that Irba could take include issuing the firm with a reprimand, imposing a penalty of up to R200,000 per guilty charge or cancelling Deloitte’s auditing permit. DM/BM