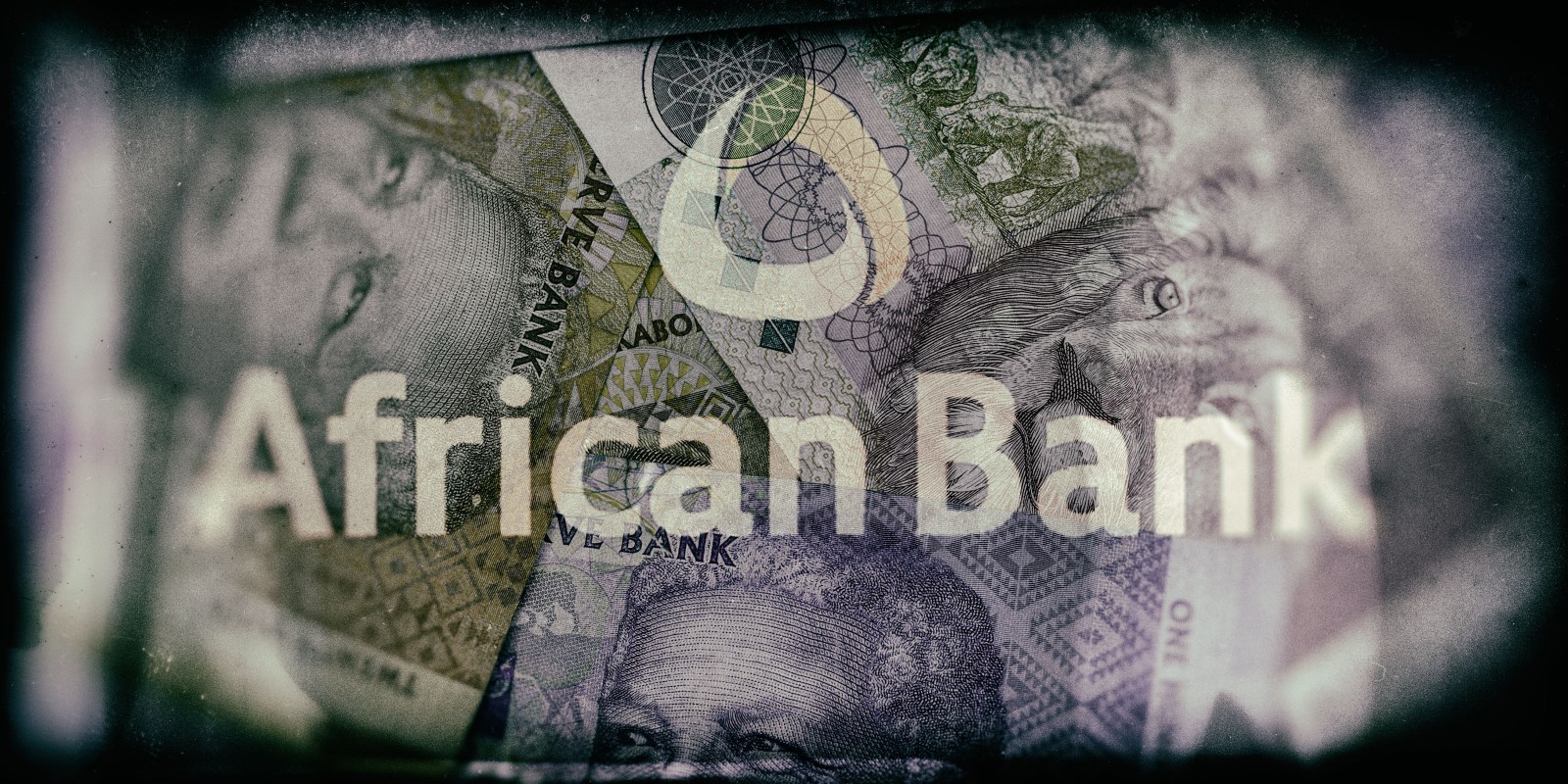 The state audit watchdog has closed its case in the disciplinary inquiry against two Deloitte partners pronouncing their work at African Bank before it went bankrupt in 2014 as ‘an auditing disaster’.

The disciplinary follows a complaint laid with the Independent Regulatory Board of Auditors (Irba) against African Bank’s auditors by enraged subscribers to the R5.5-billion bank’s rights issue in October 2013.

The case, which has been in the offing for years, has finally arrived at the argument stage, following the high-profile failure of African Bank, valued at as much as R41-billion, in August 2014 caused investors to suffer significant losses.

The implosion highlighted allegedly reckless actions of the African Bank management and raised questions about how the Deloitte partners presented the bank’s financial statements.

The failure took down a high-flying bank that was once South Africa’s top provider of unsecured personal loans, as in September 2002, it had a 30% market share.

The wrapping up of Irba’s disciplinary hearing into African Bank comes at a time when the local auditing profession is under great scrutiny and tainted by its association with numerous high-profile corporate failures where the auditors concerned did not blow the whistle.

Deloitte was also the auditor of Steinhoff and Tongaat Hulett at the time when both companies were involved in the alleged fraud that cost investors hundreds of billions of rands in losses.

Irba and Deloitte & Touché (now widely known simply “Deloitte”) slugged it out in closing arguments last week (8 and 9 June, 2020) about the audit work at African Bank, and the dispute between the two has proved to be intense.

Their representations were attentively heard by the Irba disciplinary committee chaired by Advocate Alan Dobson.

The arguments and exchanges between the advocates of the respective parties included a wild array of accusations, insults, attacks, denials and sharp criticism – a dimension of the auditing industry that few believed existed. But the stakes are huge too.

In March 2018, the watchdog instituted a disciplinary hearing against Mgcinisihlalo Jordan, who is deputy CEO and partner at Deloitte Africa, and Danie Crowther, a Deloitte partner, related to 10 charges of misconduct.

Advocate Shem Symon, for Irba, opened proceedings on Monday. He went about presenting his closing argument with gloves off.

He described the African Bank audit work of Deloitte or its partners with words that included “an auditing disaster”, “failed”, “strange process” and “fraught with problems”.

He attacked Irba’s argument and the watchdog’s key witness with terms that included “liar”, “lies”, “falsehood” and “a myth”.

In a nutshell, Symon argued that Jordan, who oversaw the audit of African Bank and Abil from 2009 to 2014, gave the bank a clean bill of health by issuing unqualified audit reports during that time.

But he should have raised serious issues in those audit reports, he added.

Irba highlighted the report issued at the time of the R5.5-billion rights issue when the bank was experiencing billions of rand in losses and faced bankruptcy.

Jordan should have indicated that African Bank might go out of business instead of providing yet another unqualified audit report, according to Irba.

The bank would have collapsed late in 2013 rather than in August 2014 had it not been for the rights issue, which “proved hopelessly inadequate” to plug the vast losses and sustain the business, Irba argued.

Jordan, for many years, let audit issues slip, particularly impairments of unsecured loans, which the watchdog argued Deloitte understated by billions of rand.

Deloitte claimed the main accusation levelled against Jordan that he “severely understated the calculation of impairments” – was false.

A loan is impaired when the client of a bank falls behind in payments. The amount that the bank is likely to recover has then to be marked down in its books.

“[Jordan] should have put his foot down much earlier,” Symon said.

He vainly tried to confront all these issues in 2013, but then it was too late, according to Irba.

Jordan placed himself in “a very awkward and compromised position” in 2013, after turning a blind eye to audit issues for years, when he tried to confront the issues, according to Symon.

He claimed that Jordan was a “blunt instrument” for former African Bank CEO Leon Kirkinis.

He explained this meant that Jordan did Kirkinis’ bidding when it came to the presentation of African Bank’s audited financial statements.

Van Der Nest said: “Nowhere can you find this blunt instrument thesis. The problem with that thesis is that it is utterly speculative.”

On another topic, Symon said that Jordan connived with the bank’s former executives to suppress the extent of the bank’s loan impairments.

Van Der Nest denied this saying that “there is not a scrap of evidence” that Irba could use to support the claim of connivance.

The auditors were not “dishonest or in cahoots” with the bank’s management, Deloitte argued.

Van der Nest conceded that Deloitte did specific work, but this was not adequately recorded, in auditing African Bank.

“It would have saved us a lot of time if that work had been done clearer, but it wasn’t. It doesn’t mean that there was misconduct,” he added.

Van der Nest issued a plea to the disciplinary committee: “These are desperately serious charges for senior people… and enormous implications for their reputations.”

Irba argued that Jordan did not respond to the “extraordinarily high level of risk” he recognised at African Bank. “Warning signs and red lights were flashing,” Irba added in legal papers.

As a result, he failed to curtail the consequent material misstatements in financial statements, which in turn cost investors billions of rand.

Deloitte argued that in August 2013, it implemented extensive safeguards due to the heightened audit risk.

“Under cross-examination [Jordan] testified that he fully expected and anticipated that management would present a set of financials that were biased, less prudent or more aggressive than would have been appropriate. He testified that he understood it, foresaw it, and responded to it,” Irba said.

Another aspect of the story is Deloitte partner Geoffrey Pinnock.

Pinnock conceded that African Bank’s management bias was “exceptional” due to their “fundamental integrity problem”, Irba argued in legal documents.

Danie Crowther, the other Deloitte partner, charged with misconduct, became involved in African Bank in September 2013 because Jordan needed support given the challenges around the level of impairments, Irba argued.

Crowther’s evidence showed that he sought to protect Deloitte’s interests even when this was inappropriate, Irba wrote.

Crowther came across as “resigned, distracted and unconvincing”, according to Irba.

The watchdog pointed out that when Jordan became African Bank’s audit partner in 2009, he had minimal experience auditing bank complexities.

Deloitte claimed that Jordan in 2009 had more experience as an engagement partner than three other witnesses that testified.

“It is clear that [Jordan] was not sufficiently experienced or equipped to handle the 2013 audit and that he succumbed to pressure from management,” Irba argued.

There is no substance to the argument that Jordan was insufficiently experienced or equipped to handle the 2013 audit, Deloitte wrote.

He had a “surprising deficit of knowledge about bank audits and elementary audit procedures”, the watchdog argued.

In summation, Irba argued that it had provided adequate proof to back up all ten charges, and urged the disciplinary committee to find Jordan and Crowther guilty.

Deloitte has denied all charges and argued that the firm and Jordan audited African Bank as required.

The auditors stated that: “Unanticipated commercial realities, in the end, proved too much for the bank. The auditors cannot be held accountable for that. They are not the guarantors of the commercial success of the entities they audit.” BM/DM