Our future is not a game – #TheFutureIsNow 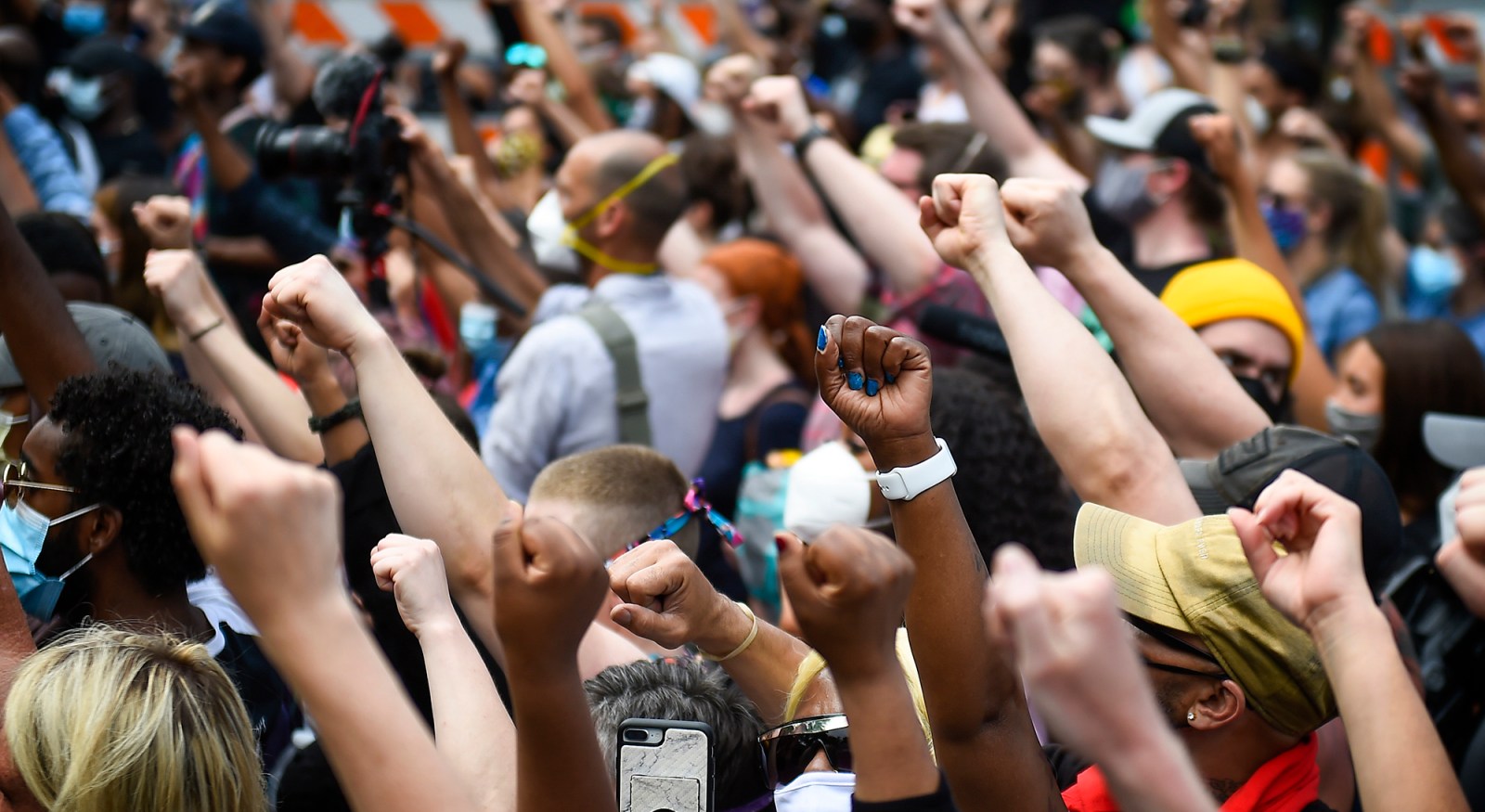 Mourners raise their fists after George Floyd's memorial at the Trask Worship Center in Minneapolis, Minnesota for the 46-year-old black man who died in police custody. (Photo: EPA-EFE / Craig Lassig)

All around the world, young people have played a crucial role in change-making, and youth activism is an integral part of South Africa’s history.

As we approach Youth Day, June 16th, we are reminded of the struggle of those who took part in the 1976 Soweto Uprising. This historic moment was a turning point in the anti-apartheid struggle. It showcased the power that youth have when we unite and rise up.

Inspired by growing anti-apartheid movements, South African students were becoming more agitated with the school system which actively sought to suppress and harm their education. It was a day that changed the course of South Africa’s history.

Anger, passion and protest were met with ruthless aggression and violence from the police. It was a day where young people lost their lives in the fight for justice and equality.

It is important to remember that the Soweto Uprising was not the only example of youth activism in South Africa. Young people – predominantly Black, Indigenous, People of Colour (BIPOC) – have been involved in fighting oppression for as long as oppression has been around to affect them.

School protests and youth riots had been taking place in our country for decades before 1976, and they have continued through to the modern-day, where we are more connected than ever.

On July 13 2013, one of the most widespread modern-day activist movements was founded, #BlackLivesMatter. This international campaign originating from within the African-American community advocates against violence and systemic racism towards black people. Over the past few weeks, the world has seen a resurgence of #BlackLivesMatter protests taking place in America and around the world.

For the past few years in South Africa, we have witnessed increasing activism being led by university students calling for a reform to the tertiary education system, such as the Rhodes Must Fall and Fees Must Fall movements.

Internationally and locally, the #MeToo, #EnoughIsEnough and #AmINext movements have seen young womxn coming forward with their experiences of gender-based violence – a problem we feel profoundly in the wake of the death of Tshegofatso Pule and her unborn child.

Last year, the world was taken by storm by young climate activist Greta Thunberg. In a milestone achievement for youth activism, she was given a global stage. This milestone opened the space for youth activists from all around the world to step forward and reinvent the face of the Climate Justice Movement.

As more young people are realising the power that they have as individuals and as a united force, we are seeing a strong push from the youth to be heard in discussions about their future.

We are tired of being ignored and not being in control of or even having a say in our future.

As young people, it is only recently that we have been “invited to the meeting room”, although this is arguably just for ceremonial value. In so many cases we are still ignored, silenced and talked down to by the decision-makers around us.

A perfect example of this is that despite being taken seriously by many, Greta Thunberg was called a “spoiled brat” and told not to speak out just because of her age. Despite Thunberg’s warnings, no real change has been made.

We want to speak out and be a part of the decision making process. These issues have already begun to affect us and will continue to affect us in the future unless change happens. We are tired of being told either to sit down and shut up or being praised for our action with no meaningful follow-up.

We are not stupid, we don’t misunderstand the world, and we are tired of being told this by the same people who were once in our position, but who are now complacent in ruining our future.

The environmental damage created by decades of unregulated burning of fossil fuels and exploitation of people and natural resources has created a future in which we may not be able to live the lives we dreamed of when we were younger. The politicians and business people are playing games with our lives and with our future, and this is where it ends.

That’s why this Youth Day, June 16th, we seek to honour the fallen by not standing idly by.

With the power of the struggle veterans who came before us, we are turning our pain and rage into positive action. We are building a sense of community and solidarity in sharing about the issues we are passionate about. We as a unit are amplifying youth voices and encouraging decision-makers to give youth a real seat at the table.

Our #TheFutureIs campaign seeks to bring attention to the future envisioned by youth. By describing our future, we see the kind of world which is desired by those who are going to inherit it. We see the struggles that we face as individuals so that we might overcome them together, Whether we are LGBTQIA+, BIPOC, an environmentalist, a feminist, or wherever our identities or passions lie, our vision of the future is one which has been taken away from us, and we are taking it back!

We encourage the youth of South Africa and around the world to add their voice to the campaign. The time is now for policymakers to listen to what we have to say.

Our future is not something for them or anyone to play games with. We are here, we are strong, and we want change. We are the future and #TheFutureIs Now. DM/MC

Nick Ford is a 17-year-old climate activist from Cape Town. He is a student at Rondebosch Boys’ High School and has been involved in activism since he joined ACA in 2019.

Gabriel Klaasen is a 21-year-old environmental and social justice activist from Gatesville. He has pushed for the involvement of people – mainly youth – from low-income urban areas and rural areas to be involved in the discussions regarding their future when it comes to climate justice, to ensure that equitable decisions are made. He is a youth ambassador for Project 90 by 2030 and the African Climate Alliance.

Mani Alexander is a 17-year-old environmental and social justice activist from Westerford High School in Cape Town. He has been in activism since the first climate strikes in  March 2019 and recently spent time in New York City, working with the Youth Climate Coalition.

Amy Chambers is a 15-year-old climate activist from Cape Town, South Africa. She’s an active member of the African Climate Alliance. She’s been interviewed on Cape Pulpit about climate justice, was invited to spend a day on one of Greenpeace’s ships, and Amy was recently a panellist for XR’s online mini-series, Youth in Action, during African Liberation Month.

The African Climate Alliance is a youth-led affinity group calling for socio-environmental justice in South Africa.