Muano Raps has honed his music to a fine art 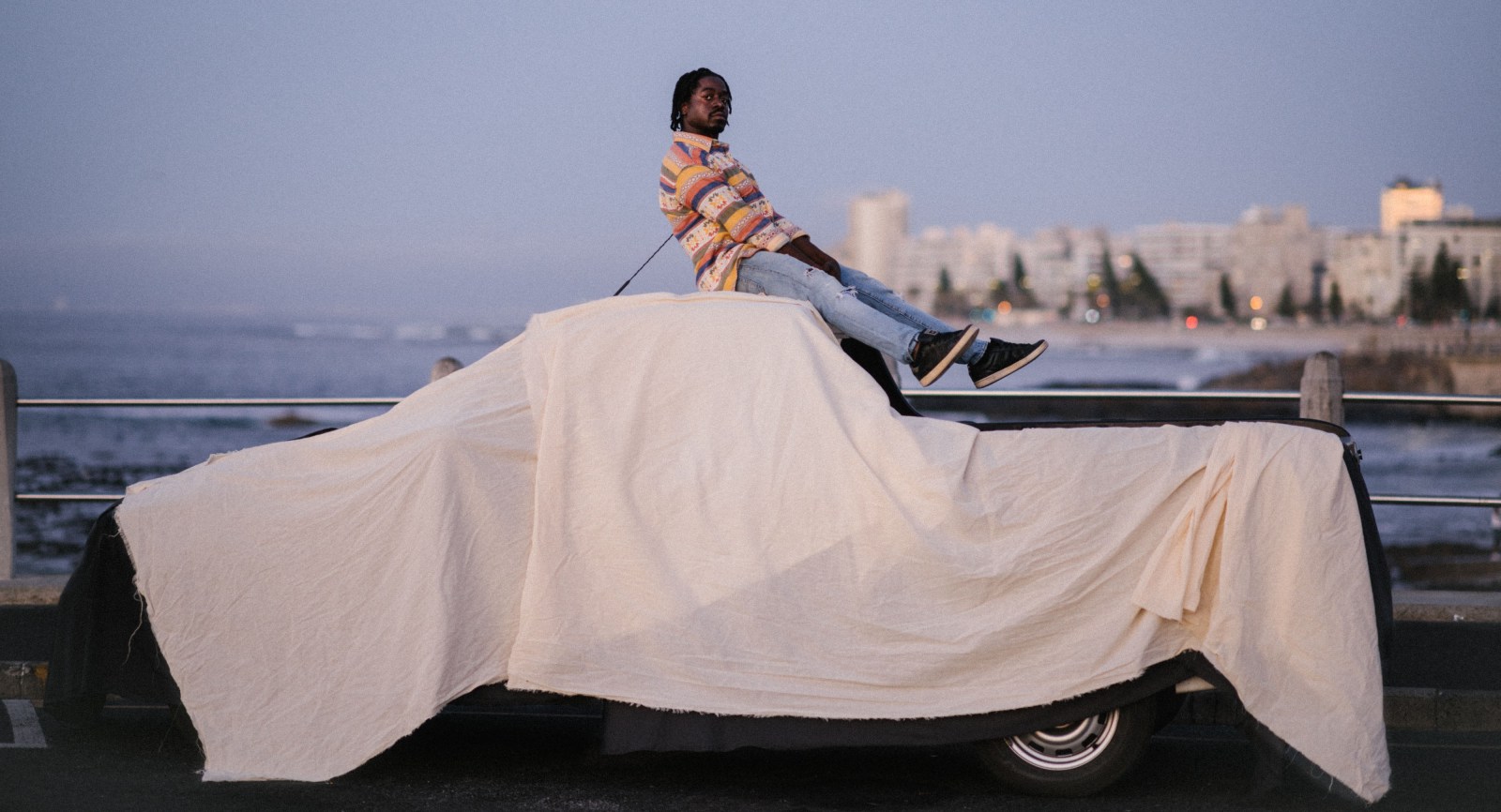 Musician and multimedia artist Muano Raps has come a long way from the days when he used to record at his high school friend’s home – these days his work can be found on global platforms.

When Muano Raps started making music in high school many years ago, he saw it as a hobby. He grew up during a time when budding musicians would write, record and hope to be discovered. After a burglary cost him years’ worth of original content, he tucked his dream away. Now, more than a decade after he recorded his first single as a teenager, he has come back with a mature sound that resulted from years of exploration and refining his art. His work today is a reflection of that process. It is as reminiscent as it is current and can be found on global platforms such as Spotify and iTunes.

“Music was always a thing that accompanied our life, our story,” says Venda-born musician and multimedia artist, Muano Raps.

While Muano viewed music as a hobby in the past, he treats it as a second job today. When he knocks off from his day job as a programmer building apps and games, mainly for galleries and museums, he picks up his recording equipment to make music.

His love for music is an expression of intersecting influences from film, different genres of music, visual arts and fine arts. His childhood primed him to be the all-round artist that he is today.

“When my dad was doing a painting or we were playing, there was always music playing in the background.”

Back then, Muano started listening to his parents’ music the way any child would – as a bystander. But he quickly grew interested. He listened to melodies belted out by Dolly Parton playing as the backdrop to his father’s painting, closely followed by the rich tones of the late Hugh Masekela. The music of his childhood was a diverse collage of local sounds and the voices of international stars. But there wasn’t any rap music.

It wasn’t until he moved to Pretoria years later, that he discovered a stack of hip hop records in a friend’s uncle’s music library. Peculiar and new to his ears, it captured his attention. His first experience of rap and hip hop was a peppering of The Fugees, LL Cool J, Busta Rhymes and Ice Cube among others.

“That was the first time I ever [encountered rap]. I was like, what is this? How does it work?”

Muano says his personal journey as a musician began then. The more he listened, the more he began to understand the genre. He also began his independent exploration, which led him to discover the likes of Immortal Technique, Nas and Cage.

Later, as he interacted with his peers, he discovered local hip hop artists such as Amu, the late Pro Kid and ProVerb. And as his knowledge grew, so did the desire to make his own music.

“I remember, when I started making music there was one guy that I knew and we all used to go to his house to record ourselves,” he says with a chuckle.

“I remember just wanting to have my own mic. Even if it wasn’t the best mic, I just wanted to be able to put something on a CD.”

He recorded his first album in high school. He designed an album cover and sold the complete product to as many people as he could. After that, he began self-producing and had built a considerable library of lyrics and beats before a major setback kept him away from music for years.

“When I was in university I started working on the first album, which was going to be entirely self-produced,” he says.

“One day I got home to find that our house had been robbed and I lost all the beats I had been working on. The lyrics remained, as they were in a rhyme book.”

For Muano, losing the beats he had produced was a heavy disappointment to bear. A huge part of his process involved drawing out music notes on a notepad before translating them into an aural experience composed on the music production software Reason. After composing, he would record on Cubase, another program.

His was a labour of passion. Each piece lost in the burglary symbolised weeks of writing, drawing, composing and recording done with devotion.

“I was kinda crushed and didn’t do music for a while but just kept writing raps and eventually started to connect with producers, mostly on SoundCloud,” he says.

These days his process is a little less arduous – at least where his music is concerned. Thanks to more than a decade of technological advancements, making music does not take as much out of him as it used to back when he was a student without money for equipment.

His recent music and the artwork that accompanies it come from collaborations with artists – many of whom he stumbled upon online.

“I started collaborating with [producers online]. Most of the beats I’ve used come from all over the world.”

While he is not spending as much time on producing beats these days, his background as an interactive developer opened a new channel for his inexhaustible energy.

“Every frame is a digital painting,” he says, referring to the animation videos he creates to accompany his music.

On average, one animation video of 30 seconds takes half a month to create. All of the animations are done after work hours.

In the past Muano Raps would release his body of work in one go, these days, he releases a single at a time. In between releases, he publishes the music videos that accompany his single tracks. This has allowed him to experiment with the all-consuming animation process and strategies to promote his work.

“There was a bit of a strategy to the way that I came back,” he says.

The traditional route of recording an album to be released meant he would have little room to promote his work beyond the date of release. Instead, he chose to set a time frame in which he would release a limited number of singles along with their accompanying music videos.

“The next thing is bringing out EPs in a similar form. The singles are a lead-up to the EP,” he explains.

At the moment, Muano is juggling with writing material for his EP while working on animations for the singles he has currently released.

And despite the ongoing coronavirus pandemic – which features in some of his lyrics – thanks to technology, Muano’s show can still go on. He’s come a long way from the days when he used to record at his high school friend’s home. With his own equipment these days, he can record himself and electronically transfer files to be mastered by sound engineers in other parts of the world. DM