‘The children seem to be hungry’ 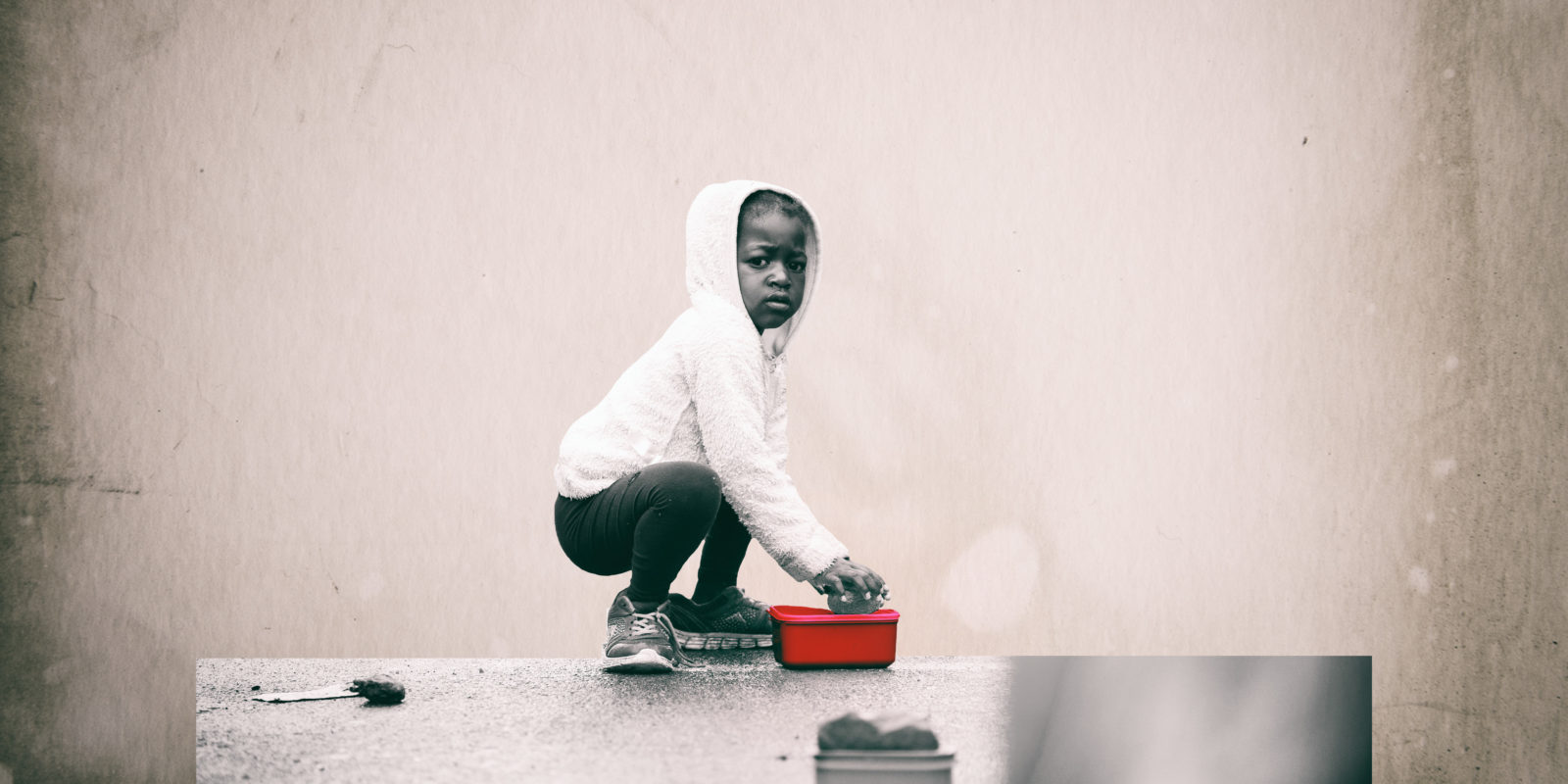 A South African girl marks her place in a line as she waits for food in Masiphumelele, Cape Town, South Africa 28 May 2020. (Photo: EPA-EFE/NIC BOTHMA)

Nono (not real name) lives in the Hlokohloko area, near Jozini in northern KwaZulu-Natal. She lives in a household of 10  people and is the eldest of her siblings and the primary caregiver in the household. They only have enough food for three weeks of the month.

‘The food I buy lasts for the month in most cases but it has been finishing within three weeks since March this year when schools closed.’

Nono (not real name) lives in the Hlokohloko area, near Jozini in northern KwaZulu-Natal. She lives in a household of 10  people and is the eldest of her siblings and the primary caregiver in the household.

“There are five adults in the household and we are all unemployed. I go to sell clothes at the social grants paypoint twice a month. We rely on the disability grant and the child support grants. The grants as well as what I earn from selling clothes usually amounts to R2400 per month. I use that money to buy groceries to the value of R1800 for ten of us. I am usually able to make the R1800 stretch for the month. Sometimes, I have to reduce the quantities so that I can afford the groceries. I regularly have to sacrifice toiletries as it becomes too expensive.

“The food I buy lasts for the month in most cases but it has been finishing within three weeks since March this year when schools closed. The children, especially the ones in high school, need to eat regularly. They all receive food at school so having them home means that we eat much more as a family. There have even been times when I have had to borrow money in order to feed the family. We have received some help from neighbours. We had not received the child support grant during May but a social worker was referred to us. She assisted us and we received one food parcel. Fortunately, we have noted the increase in the child support grant in June but we are not sure how secure we are with it after our experience last month. Unfortunately, the increase to the child support grant has not made up for the increase in costs we have experienced. We are now cooking another meal a day for the entire family and this has greatly increased the amount of money we spend on food.

“The four children in school ordinarily receive a meal at school every day through the National School Nutrition Programme. The youngest also receives a meal at his crèche. Not having this meal has made a marked difference. Our food does not last as long and the children seem to be hungry or wanting food much more. The older children have been trying to learn from home but they seem to be struggling.

“It would be a relief if the National School Nutrition Programme were to resume before the children return to school. Although it is a fair distance to the high school, I think that many children in the community would benefit. This would be even better if there was a nodal point closer to the community.” DM/MC