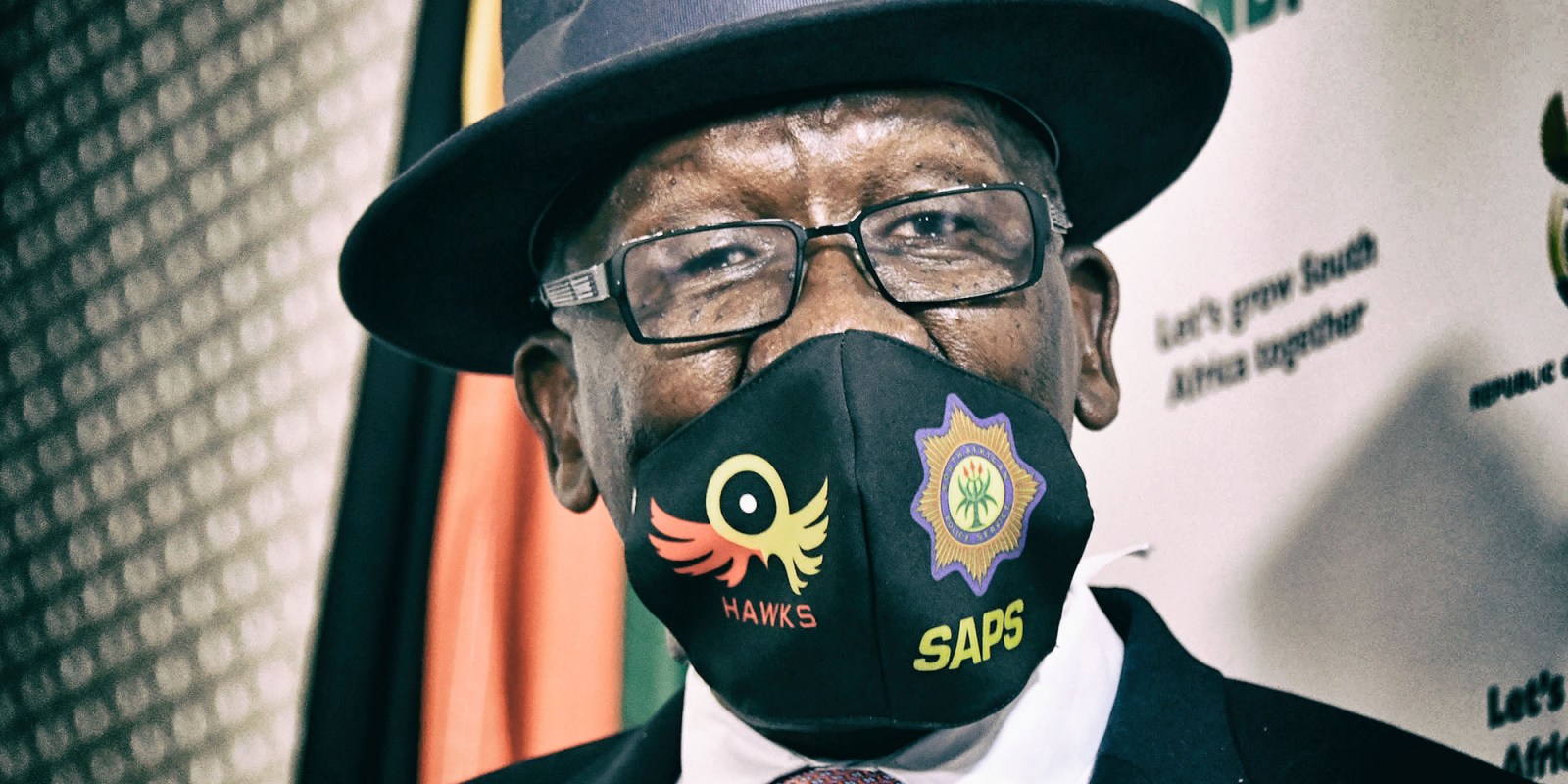 This is a summary of the trending, highest impact, and most active themes and their narratives related to social cohesion and division in South African public-domain social media conversations on 11 June 2020. Global trends affecting South Africa are also featured.

The primary theme in social media over the past 24 hours was linked to calls to action over Gender Based Violence, as victims of the violence speak up boldly.

While 56% of all Twitter posts on this topic were made by men, posts by women drove the high volume through narratives about valuing the lives of black women in South Africa, and criticism of men and police for their lack of support. 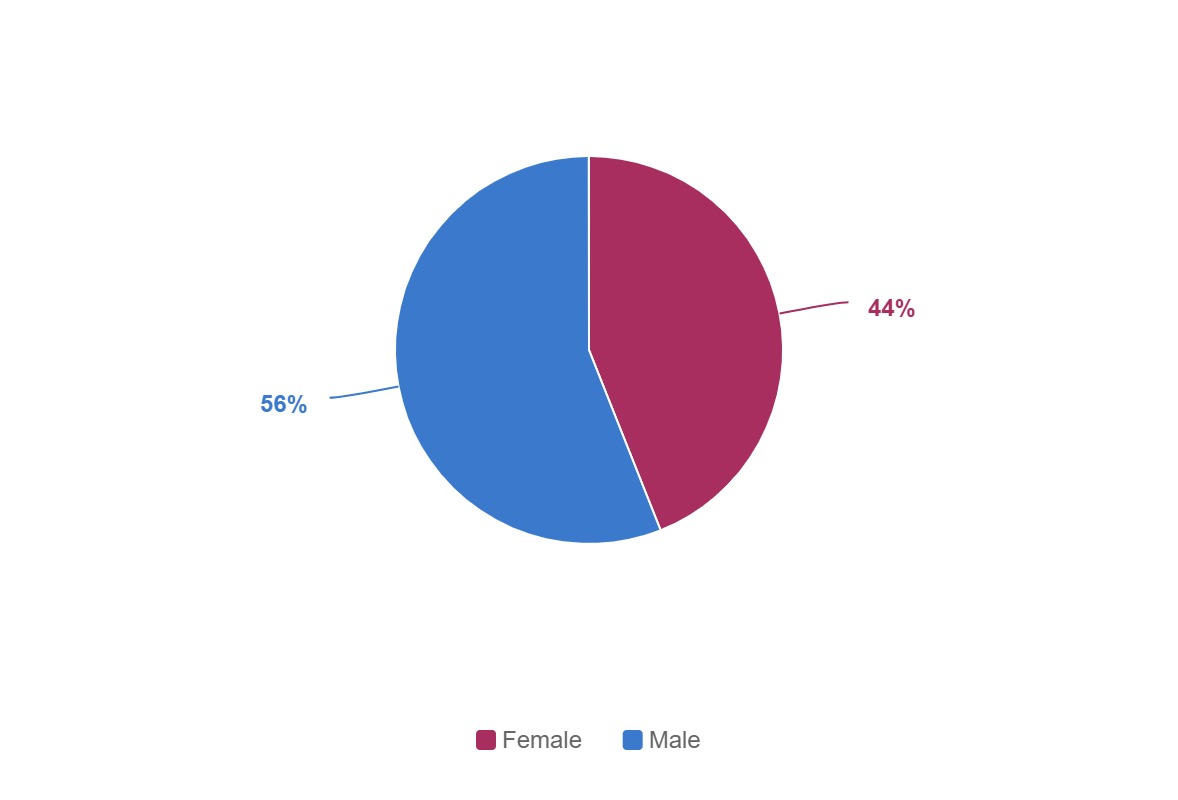 The brutal killing of Tshegofatso Pule continued to stimulate conversations about GBV, and more stories about the murder of young women surfaced. @Sine_Madolo tweeted: “A 28-year-old woman – 8 month pregnant – was stabbed multiple times and then hung on a tree. A 26-year-old mother of two was axed by her abusive ex-boyfriend. A 39-year-old woman was shot by her husband.” This was retweeted 1,500 times. @KPutuma’s tweet provided statistics on the murder of South African women, noting: “every 3 hours a woman is murdered in South Africa.”

@sivmaroon tweeted: “The reason why South African men don’t want to have real conversations about rape and GBV is because they are the problem and they know it. There’s no animals or demon spirits killing and raping black women, it is black men qha” The tweet received over 1,200 retweets, 2,100 likes and 30 comments.

@thandostillau delved into how people deflected responsibility for gender-based violence: “Alcohol was banned, women were abused. Alcohol is sold again, women are still being abused. men are the problem, not alcohol”… “if you are a man and you still say ‘not all men’ then you are also part of the problem.” This tweet received 12,200 likes, 5,400 retweets and 69 comments.

The arrival of the South African National Defence Force and South African Police Service to ensure lockdown regulations were being adhered to at Tshegofatso Pule’s funeral on Thursday raised the ire of many social media users.

@illWayne tweeted: “They show up to enforce lockdown regulations at a funeral but they never show up to actually stop women from being killed in the first place”, the tweet received 1 100 retweets and 1 700 likes. Her tweet was a response to @tbotouch67 tweet about the SANDF and SAPS presence at the Tshegofatso’s funeral “The #SANDF and @SAPoliceService arrive at #TshegofatsoPule Funeral to enforce #level3lockdown regulations of 50 people at a funeral. #SABCNews”, which received 1,900 retweets, 2,000 likes and 905 comments. 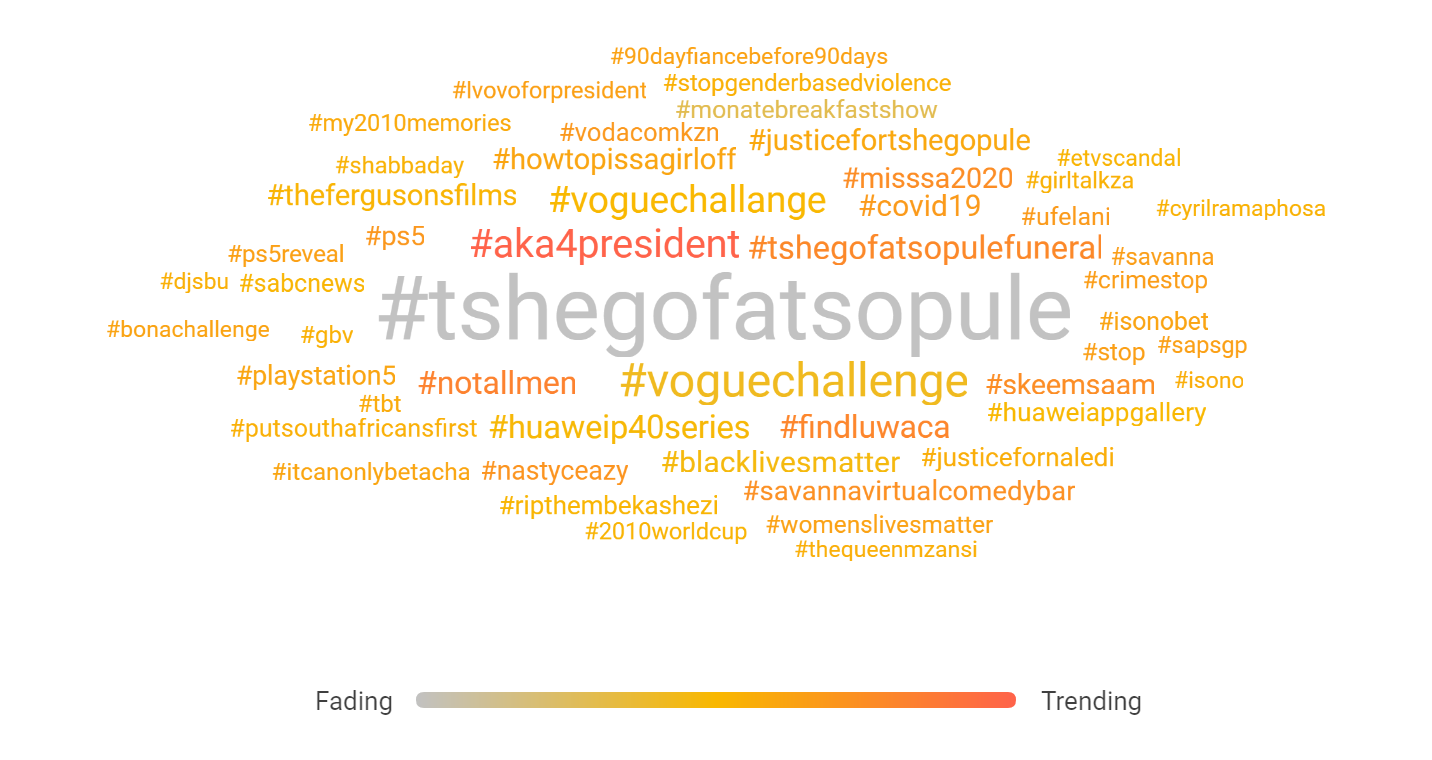 @SiboSeale compared Police Minister Bheki Cele’s responses over gender-based violence to his strong stance over upholding the tobacco ban: “I’m not seeing Bheki Cele huffing and puffing over what happened to Tshego and Naledi the same way he was marching to arrest people smoking during lockdown.” The tweet received over 4,400 retweets, 9,300 likes and 176 comments. Most of the comments supported her view, with @snantsa adding that perhaps the government does not know how to deal with gender-based violence, as it has been going on for a very long time in South Africa. 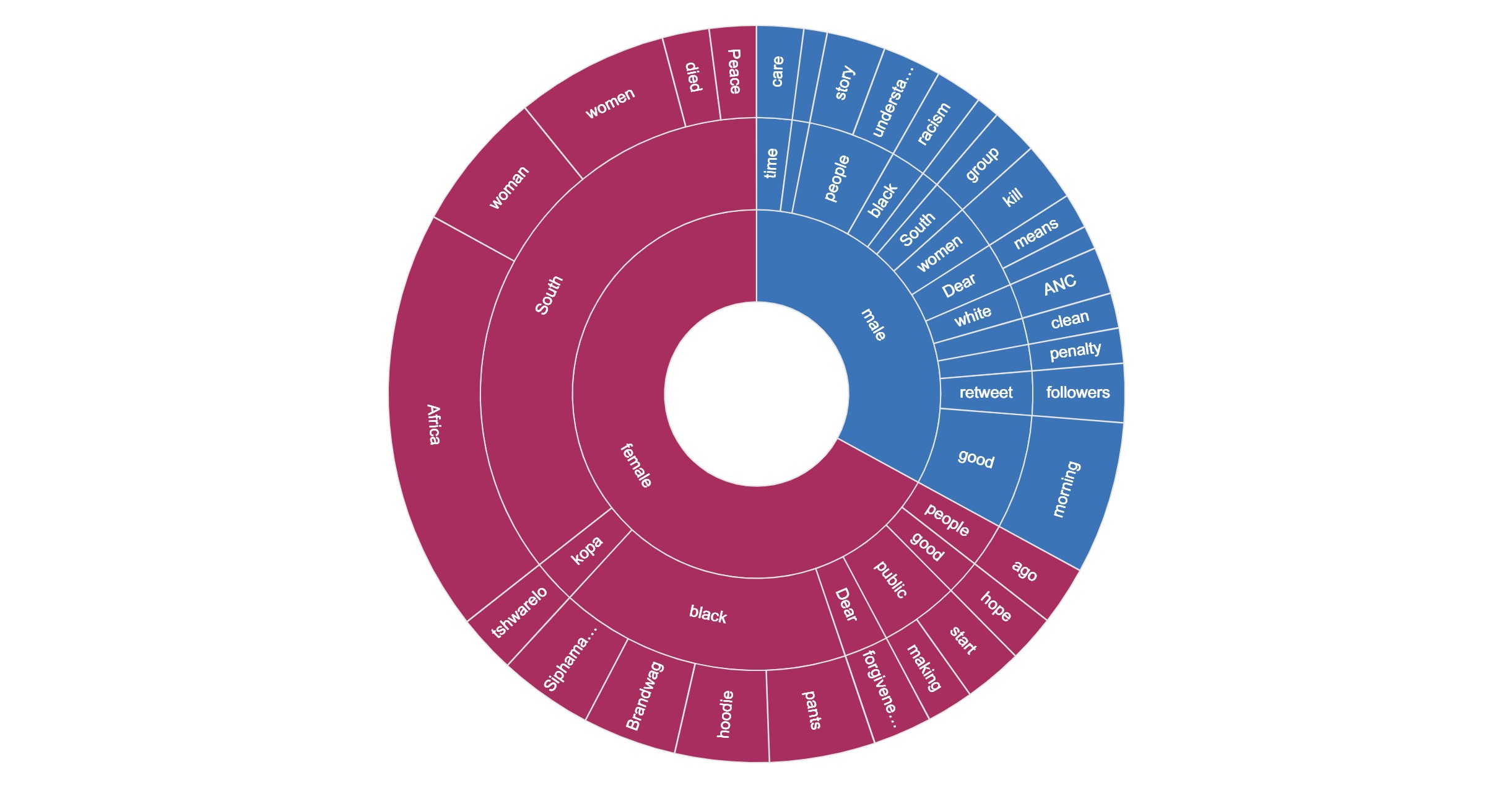 Spurred on by the global Black Lives Matter movement, conversations about race turned to the roots of systemic racism.

@ThomasSowell tweeted at 13:56: “Have we reached the ultimate stage of absurdity where some people are held responsible for things that happened before they were born, while other people are not held responsible for what they themselves are doing today?” This profile does not belong to the real Thomas Sowell, an American economist and social theorist. The owner of the profile explains: “I’m not Thomas Sowell, but I own all of his books and tweet quotes from them. All tweets are direct quotes.” This tweet has been retweeted over 49,000 times and has received more than 100,000 likes.

@Samjohnston suggested: “Nobody’s holding anyone responsible for the mistakes and horrors of the past – it’d be absurd to suggest so. All people are asking is that acknowledge those dark chapters that we are not proud of in order to heal and move forward.”

Online shopping company Superbalist came under the spotlight after refusing to take a stance on the Black Lives Matter movement, saying it was not related to their business. The company has since issued a formal apology for its initial position, but customers continued to express their anger. @LD_P tweeted: “Hi @superbalist! How can I delete my account? I’d like to close my account and be removed from all your databases. I don’t support businesses that don’t support the same black people they use for aesthetics.” This post was retweeted 1,000 times and has received close to 3,000 likes. 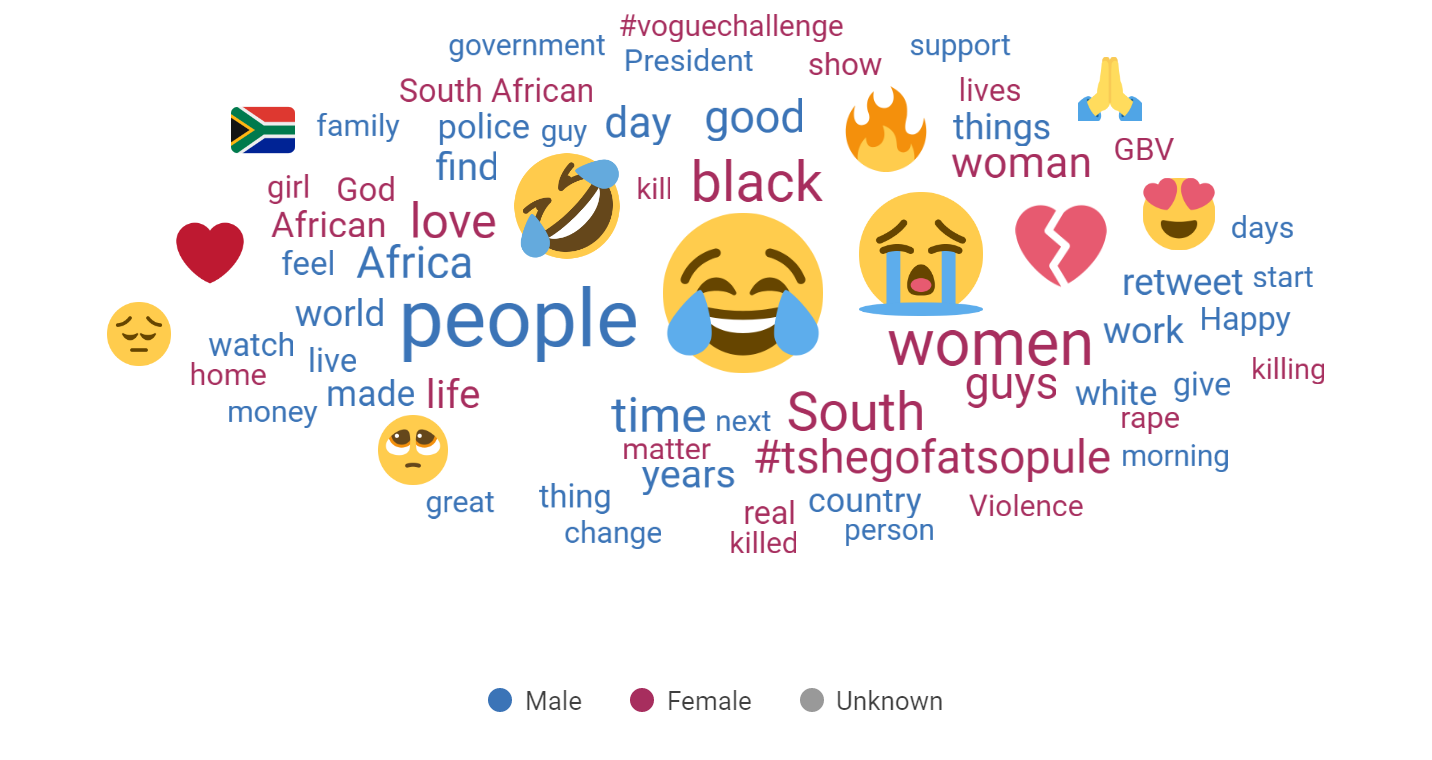 Stories about two young people who went missing recently trended as the second biggest topics by burst on Thursday.