After the social media callouts, what next? 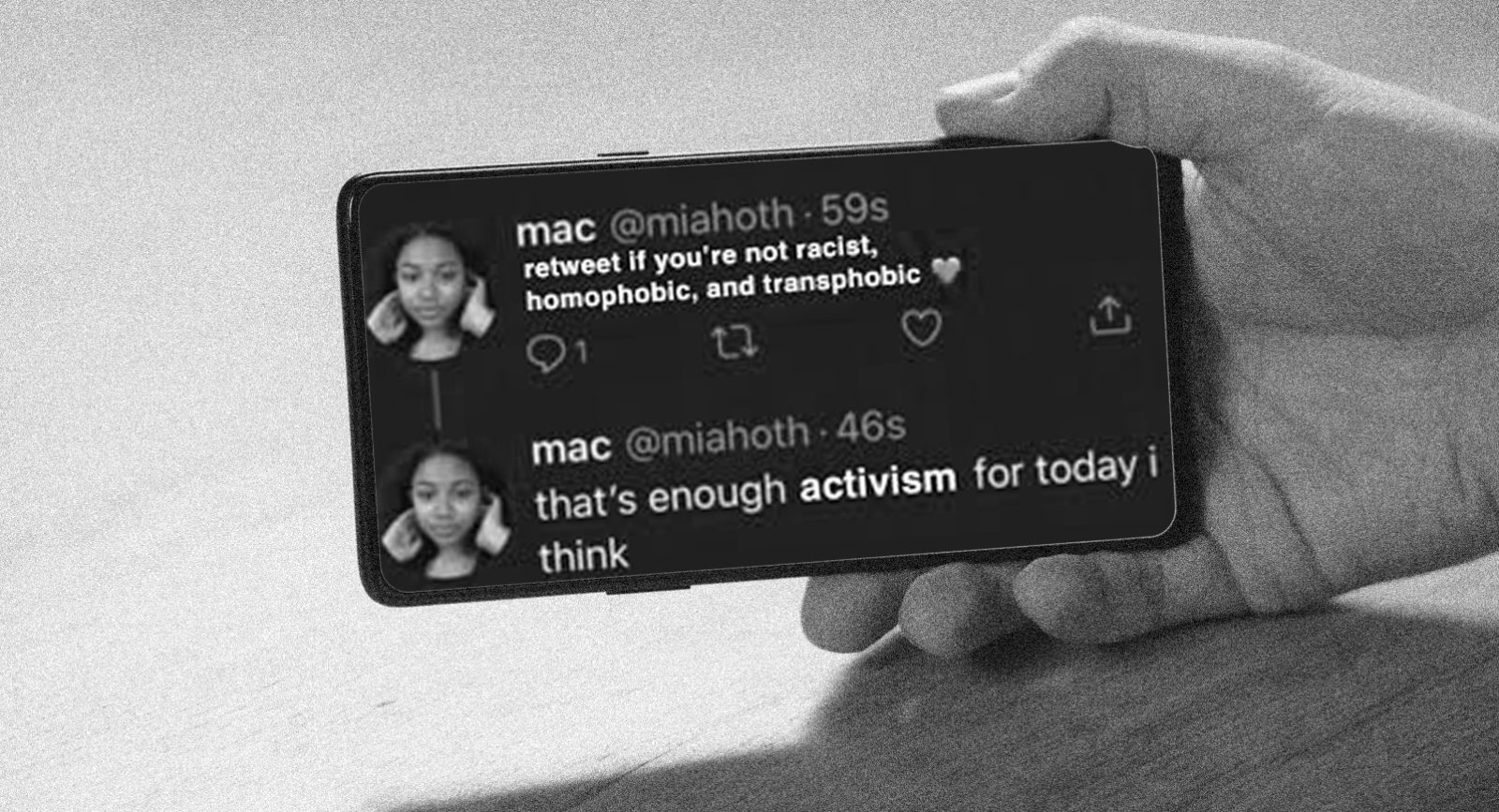 The current wave of protests and declarations of support for #BlackLivesMatter suggests that after years of social media callouts, society and institutions are on the brink of meaningful change. But will social media shaming have enough of a lasting impact?

Publicly shaming individuals or organisations we consider to be on the wrong side of society’s shared moral values is nothing new for humanity. There are many examples in history, across multiple cultures; perhaps the most ubiquitous can be seen in the sacred texts of the world’s biggest religion, the Holy Bible. Beyond being a way for believers to connect with what they view as a higher power, religion has also historically offered a set of rules and morals for a society to live by. And breaking those rules was sometimes punished through acts of public violence and humiliation. Not only as punishment for the wrongdoers, but also as a warning for those who would dare commit such acts.

Another form of public punishment once practised in several cultures around the world was death by public burning, the most famous of which was burning at the stake, which was practised in Babylonia, ancient Israel, and later in Europe and North America. Then, of course, there were the public whippings of slaves in North America.

Repeatedly over humanity’s history, those in power have used institutionalised forms of public corporal punishment to keep the populace obedient and to maintain patriarchal forms of power.

Thankfully, societies have largely moved on from state-sanctioned public violence and humiliation as the preferred form of corporal punishment.

These days, the concept of public shaming is more likely to refer to the internet-based culture of calling out, and “cancelling” people. Unlike the acts of institutionalised violence of ancient and recent times, as recent as the lynching of African-Americans in the 20th century and 21st century stoning of homosexuals apparently in accordance with Sharia law, physical pain and death are generally not the intentions nor end results of internet shaming.

Instead of being a method used by those in power to keep their status quo, online shaming at its best often displays the opposite; it is often those who felt disempowered, whose voices have been marginalised in mainstream discourse, who have weaponised this new tool against those in power and those whose social positioning puts them in places of privilege.

Over the past few years, major brands like H&M, Dove, Dolce & Gabbana, and many more have been on the receiving end of social media outrage for incidences of racism and lack of diversity within their ranks. And it’s not just private companies that are being called out. In South Africa, social media hashtags like #RhodesMustFall, #FeesMustFall, #ZumaMustFall helped to expand the reach of those movements and unite society against institutionalised injustice.

Individuals who subscribe to bigoted ideas have not been spared either. In December 2013, Justine Sacco, a PR director, posted this tweet before boarding an 11-hour flight from London to Cape Town: “Going to Africa. Hope I don’t get AIDS. Just kidding. I’m white!” By the time she landed, the hashtag #HasJustineLandedYet was trending worldwide. The anger (and schadenfreude) was real. In one day, Sacco went from an unknown PR director with 200 followers on Twitter to being the face of bigotry and toxic privilege.

Celebrities are also often at the receiving end of Twitter cancellations as fans battle it out on social media. #TaylorSwiftisOver, #DemiLovatoiscancelled, #KanyeWestiscancelled, are just some of the passing and arguably relatively inconsequential hashtags.

Then, of course, there’s virtue signalling, which dictionary.com succinctly defines as “the action or practice of publicly expressing opinions or sentiments intended to demonstrate one’s good character or the moral correctness of one’s position on a particular issue”. Perhaps President Barack Obama addressed that perfectly in October 2019 at the Obama Foundation Summit when he said, “There is this sense sometimes of ‘the way of me making change is to be as judgemental as possible about other people, and that’s enough,’… Like if I tweet or hashtag about how you didn’t do something right or used the wrong verb. Then, I can sit back and feel pretty good about myself because, ‘Man, you see how woke I was? I called you out.’ I’m gonna get on TV. Watch my show. Watch ‘Grown-ish.’ You know, that’s not activism. That’s not bringing about change. If all you’re doing is casting stones, you’re probably not going to get that far.”

However, movements united under hashtags such as #MeToo have had wide positive implications for society and they’ve given a space for many women to call out their abusers. The recent embrace of #BlackLivesMatter is perhaps one of the most successful examples of how the combination of a real-life movement and social media can lead to cultural change.

When the hashtag gained popularity in 2013 after the acquittal of George Zimmerman for the murder of African-American teenager Trayvon Martin, major corporations did not take quite so quickly to it as they have in 2020. While the video of George Floyd’s murder has played a large role in forcing society to come to grips with police brutality in the US, it is not the first video of such police violence again African-Americans. But finally, seven years later, and just two weeks into the current wave of protests, it suddenly seems unthinkable that a company would dare come out against #BlackLivesMatter.

Some who have remained quiet, and discouraged employees from speaking out, like South African e-commerce retailer Superbalist, have had to publicly apologise. On the same day, Vogue’s Anna Wintour also apologised on behalf of the title, saying, “I want to say plainly that I know Vogue has not found enough ways to elevate and give space to Black editors, writers, photographers, designers and other creators. We have made mistakes too, publishing images or stories that have been hurtful or intolerant. I take full responsibility for those mistakes.”

The US’s National Football League, which snubbed quarterback Colin Kaepernick for kneeling during the National Anthem in 2016 in protest against police brutality, came out and admitted they were wrong for not supporting #BlackLivesMatter.

If the global protests mid-pandemic, and the number of corporate entities that have spoken out in favour of the #BlackLivesMatter movement are anything to judge by, the culture seems like it is indeed changing when it comes to views on racial inequality. However, for there to be long-lasting change, the fight against inequality has to go much further than social media declarations.

Many who have been at the receiving end of internet shaming in the past have recovered. Comedian Louis C.K., who came under attack for allegations of sexual harassment in 2017 admitted that the allegations against him were indeed true. A few months later, he was playing to sold-out venues. Corporate companies have also long learnt that a carefully crafted apology means that they can get back to business once the internet storm passes. JK Rowling’s work continues to sell and maintain her place as the world’s second highest-paid author even as she tweets views on transgender women that could put them in further danger even as they are being harassed and murdered. Previously cancelled opinion writers have found new homes on the internet, and now they gather to share their cancellation-worthy views under the umbrella of “free thought” on websites like Quilette. News media outlets like Fox News and their hosts, who are constantly being called out for racism on social media are thriving, and becoming more outspoken in their racist views. Also, Trump.

Whether or not the current pro #BlackLivesMatter declarations, some as a result of repeated public shaming, will lead to meaningful change remains to be seen. And should they not lead to real change, what then? Will call-out culture and another round of Twitter cancellation be enough? Can society cancel its way to the next phase of necessary change? As the shamed realise that “this too shall pass”, will they make the necessary change even if it comes at a cost to them? When the protests stop, and the performance of allyship is no longer the top trending topic, will it be business as usual? When the black squares have disappeared to the bottom of carefully curated Instagram feeds, what then? Is it time to start thinking about tools beyond public shaming and posturing to ensure lasting change? DM/ ML