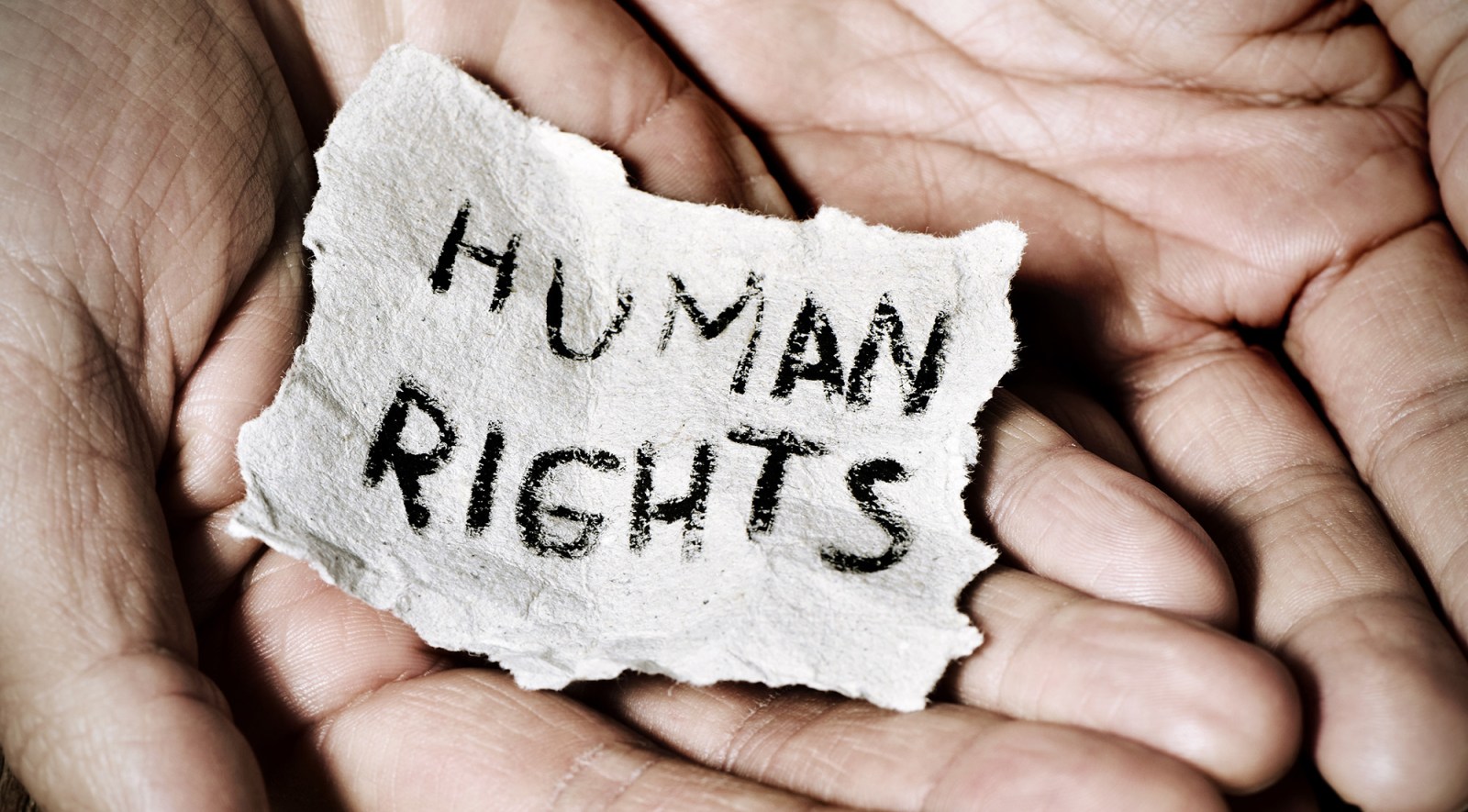 The brutal killing of George Floyd, an African-American black man from Minneapolis, by police officer Derek Chauvin who knelt on his neck, suffocating him to death, has ignited global anger against long-standing racial policing problems in America. From New York to Washington DC, Munich, London to Johannesburg, people have taken to the streets, defying the current highly contagious global pandemic, Covid-19, demanding accountability for George’s killing.

Perhaps it is the historical impunity with which American police have been accused of brutalising African-Americans over the years that has fuelled this anger. As George Floyd was laid to rest in Houston this week, many across the world remembered the man who was killed by a policeman. Striking a chord with many parts of the world, including here in Africa.

Police brutality and repression in Africa

Outraged by Floyd’s killing, the African Union Commission (AUC) Chairperson Moussa Faki Mahamat, in a statement on 29 May, condemned the murder of Floyd, reiterating “the African Union’s rejection of the continuing discriminatory practices against Black citizens of the United States of America”, and urged the US to ensure “the total elimination of all forms of discrimination based on race or ethnic origin”.

Regrettably, in Africa, we have almost normalised police brutality. The current Covid-19 moment has amplified Africa’s own long-standing problem of excessive use of force by security forces, the lack of accountability or any desire to depart from the brutality directed mostly at vulnerable people on the continent by security forces.

From the beginning of this pandemic, the rallying point of the human rights movement has been clear: human rights must be at the centre of all measures taken in response to the pandemic – ranging from prevention and containment to treatment. Few have listened.

One common denominator that has emerged is state overreach, including the use of excessive force by security agencies as they sought to enforce lockdowns and curfews imposed to manage the spread of Covid-19.

The pattern has been the same: intense and prevalent use of excessive force were reported for the first few weeks following the declaration of a lockdown, a curfew (or more generally a state of emergency) or national states of disaster that have become too common. Unlawful use of force has not abated, but is now likely to happen away from the public eye and under the cover of darkness.

After an initial outcry, a series of public apologies were extended by police and government officials in Uganda, Namibia and Kenya, to mention a few. These were mainly designed to demonstrate a new era of policing. Unfortunately, these apologies did not shift the deep-seated culture of bad policing behaviour nor bring accountability to officers accused of violating human rights.

In its latest assessment of the state of human rights in Africa released in April 2020, Amnesty International highlighted a climate of increasing police brutality on the continent.

The organisation reported that protesters across sub-Saharan Africa have braved bullets and beatings to defend their rights in the face of continuing conflict and state repression. It also highlighted the bravery and defiance of people who took to the streets to demand change, but warned that they are being let down by governments who continue to perpetrate human rights violations across the region.

As we have seen in Angola for many years, police are used to crushing dissent whenever people take to the streets to exercise their right to freedom of expression and association to demand accountability and good governance. In the context of Covid-19, several incidents of police violence have been reported since security forces were deployed on the streets to enforce the lockdown measures.

In South Africa, almost eight years after the killing of 34 mineworkers by members of the South African Police Services, in Marikana, senior police officers who participated in the meeting that led to shooting in Marikana are known, yet the wheels of justice are taking long to start turning. Since the introduction of the national lockdown regime in March, to combat the spread of the coronavirus, 11 South Africans, all black men, like George Floyd, have died in the country – with security forces implicated. While President Cyril Ramaphosa has condemned the killings, these are emblematic of routine excessive use of force by the police in the country. It is only fair that suspected perpetrators, who are uniformed members of the South African police and the army, must be brought to justice in fair trials.

In Zambia, senior police officials took pride in police brutality during their response to Covid-19. For example, national police spokesperson Esther Katongo said on national television that police in Zambia had adopted a strategy to “hit” and “detain” anyone found on the streets. She said: “We hammer you, we hit you, then we do detention. If you escape, you are lucky.” The enthusiasm with which the spokesperson delivered her stark warning betrayed a deep-seated culture of impunity within the Zambian police.

In Zimbabwe, members of the Zimbabwe Republic Police in Bulawayo are reported to have killed Paul Munakopa, a 34-year-old black man who was in his private vehicle with his fiancé in a suburb called Hillside at the time of his killing with a hail of bullets last month. It is understood that Munakopa and his fiancé had gone together to Burnside suburb to view a house which they were planning to rent at the time of the ambush that resulted in Munakopa’s killing.

Earlier in April, two Cowdray Park sisters, Nokuthula and Ntombizodwa Mpofu, were handcuffed, assaulted, labelled “prostitutes” and tribally insulted by police officers based at the Cowdray Park police base after they had gone to the shops to buy some foodstuffs.

On 10 June, nine UN experts demanded an immediate end to abductions and torture in Zimbabwe. The urgent call comes after the assault of three female opposition activists – Member of Parliament Joanna Mamombe, Cecilia Chimbiri and Netsai Marova – who were arrested at a roadblock by police and soldiers in May after they joined a peaceful demonstration against the state’s failure to provide social protection for the poor during the Covid-19 lockdown.

Ironically, the three were subsequently re-arrested on the day UN experts made this call, accused of making a false report related to the criminal code. Human rights lawyer Rose Hanzi complained in a tweet that there was complete disregard of Covid-19 regulations by the Zimbabwe Republic Police when about 16 anti-riot officers surrounded the three women during the arrest.

Away from southern Africa, the pattern is reproducing itself.

In Uganda, police have allegedly killed six people, including an 80-year-old woman, under the lockdown. On 24 April, the Uganda Human Rights Commission reported that it was investigating 60 complaints concerning violation of the right to freedom from torture since the lockdown was imposed.

In Kenya, the National Human Rights Institute (NHRI) recorded 16 deaths allegedly caused by the police, including that of 13-year-old Yasin Hussein Moyo. In some cases, law enforcement officials have used force as a punitive or deterrent measure.

In Somalia, similar violations have been recorded. On the evening of 24 April, a police officer shot and killed two civilians, a woman and a man, in Bondhere district in Mogadishu, while enforcing a night curfew imposed in the city on 16 April. After massive protests in the city that night and the following day, police announced that they had arrested the officer who killed the two civilians.

Socio-economic rights as a root cause of human rights violations

Police brutality cannot be looked at in isolation in Africa. Unaccountable governments are used to unleashing the police on anyone who demands accountability for human rights violations. They deploy notions of national security and sovereignty as cover.

Excessive use of force by the police has been closely related to the general criminalisation of poverty in Africa. Unlawful use of force has been mostly recorded in informal urban settlements, slums and low-income areas. The result is that police enforcement of lockdowns and curfews have had a discriminatory and disproportionate effect on the poorest.

Evidently, there is a growing crisis of confidence in the police. From the brutal tactics when policing poor people, to the tendency for the police to be weaponised by political regimes, the police are increasingly becoming unpopular and are viewed as an asset of repression.

Alarmed at the rise of reports of killings and other instances of excessive use of force, targeting in particular people living in vulnerable situations, UN Experts issued a statement on 17 April. The experts argued that “breaking a curfew, or any restriction on freedom of movement, cannot justify resorting to excessive use of force by the police”. Even during states of emergency, the use of force remains guided by the principles of legality, necessity, proportionality and precaution, in line with international policing guidelines.

Solomon Dersso, of the African Commission on Human and People’s Rights (ACHPR), was apt in his latest assessment, urging that “we need an outpouring of outrage about Africans killed by security forces”.

Africa can certainly do better. Condemning the brutal murder of George Floyd in America while committing the very same act at home undermines the moral voice of African leaders, who are otherwise the legitimate carriers of a message of rebuke in the wake George Floyd’s murder. Indeed, charity must begin at home. DM/MC