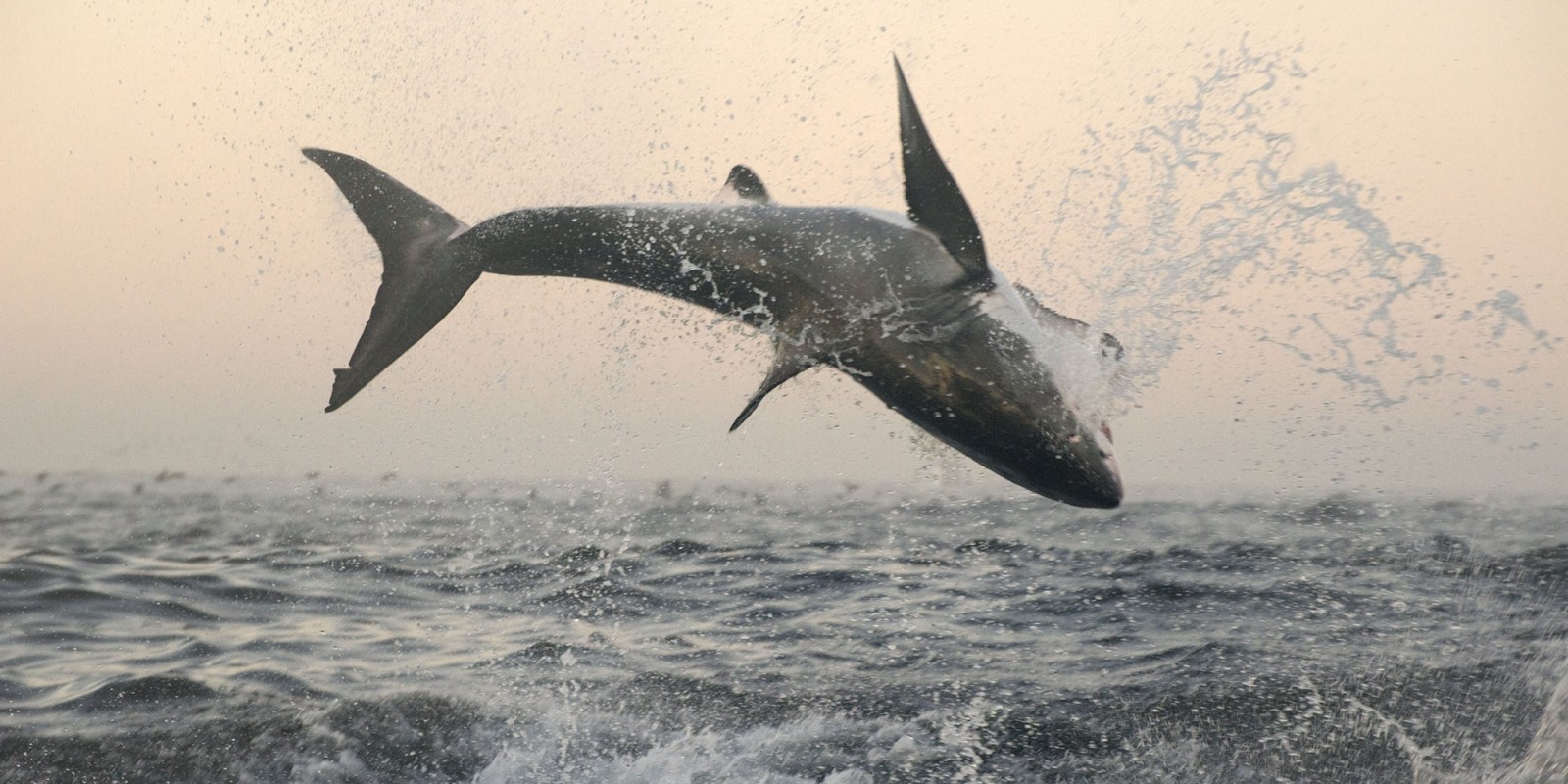 New research has provided a peek into how great white sharks really feed and shows that by understanding their dietary needs, these predators can be better protected.

Great white sharks have become a victim of stereotyping.

The stereotype is of a surface predator with its dorsal fin riding high above the waves barrelling towards its prey. Or of a monster shark launching out of the water as it tries to grab a seal.

This stereotype isn’t quite accurate, according to new research that has surprised scientists in Australia.

In a first detailed study of the diets of great white sharks living off the east Australian coast, scientists discovered that these apex predators weren’t so much terrorising seals, but were spending more time focused on other species deep underwater.

“Within the sharks’ stomachs, we found remains from a variety of fish species that typically live on the seafloor or buried in the sand. This indicates the sharks must spend a good portion of their time foraging just above the seabed,” said Richard Grainger, of the Charles Perkins Centre and School of Life and Environmental Sciences at the University of Sydney.

What these sharks were eating was a varied diet, that includes eel, whiting, mullet, wrasse, stingray and east Australian salmon.

“This evidence matches data we have from tagging white sharks that shows them spending a lot of time many metres below the surface,” added Grainger.

Their study was published on World Oceans Day on 8 June, and appeared in the journal Frontiers in Marine Science.

The study examined the stomach contents of 40 juvenile white sharks that were caught in the Australian New South Wales shark meshing programme.

They then compared their findings with data published elsewhere in the world, mainly from South Africa.

In South Africa however, scientists have long known that great white sharks have preferred feeding closer to the seabed.

“Their results are basically mirroring a 1991 study by the Natal Sharks Board that also showed the dependency of white sharks on demersal (bottom feeding) sharks and fish.”

So it is something that we in South Africa have known for some time,” says Enrico Gennari, a South African based marine biologist who specialises in the study of great white sharks.

But the Australian study does add to growing evidence of what is causing great white shark populations to disappear from the South African coastline.

Some have blamed these disappearances on orcas that have acquired a taste for shark liver and have been hunting down these former apex predators.

The reason is less sensational. Simply, the food the great whites like to eat isn’t there.

“This study is final proof that in countries where white shark populations are in good shape, it is in countries that have protected their coastal sharks and fish species,” explains Gennari.

“If you are a big predator and a very important food source of yours disappears then obviously you are going somewhere else and that is what we are seeing happening in False Bay and Gansbaai.”

Twenty years ago, Gennari said, great white sharks were found from the Eastern Cape to Cape Town, but their numbers have been declining.

To blame, says Gennari, are South African long-line trawlers that have been targeting smaller shark species.

“To give you an idea, in Port Elizabeth a colleague of mine tagged 30 smaller sharks and within one month 27 of those sharks were caught by one long-liner. So even one liner has a massive footprint on the South African ecosystem,” explains Gennari.

The Australian study hopes that by understanding how great whites feed, they can be protected better.

“Understanding the nutritional goals of these cryptic predators and how these relate to migration patterns will give insights into what drives human-shark conflict and how we can best protect this species,” said Dr Gabriel Machovsky-Capuska, a senior research fellow at the Charles Perkins Centre and a co-author of the study.

The study also found that when sharks reached 2.2m in length they began targeting bigger prey, including other sharks and marine mammals such as dolphins. Bigger sharks also tended to have a diet that was higher in fat, which provides the high energy needed for migration.

The added findings of the Australian study is further proof that time is running out for great whites in South Africa. Soon they might be gone altogether.

“The reason why I came to South Africa is because of the white sharks and I can’t fathom the possibility of South Africa not having white sharks, but it is going in that direction,” says Gennari. DM