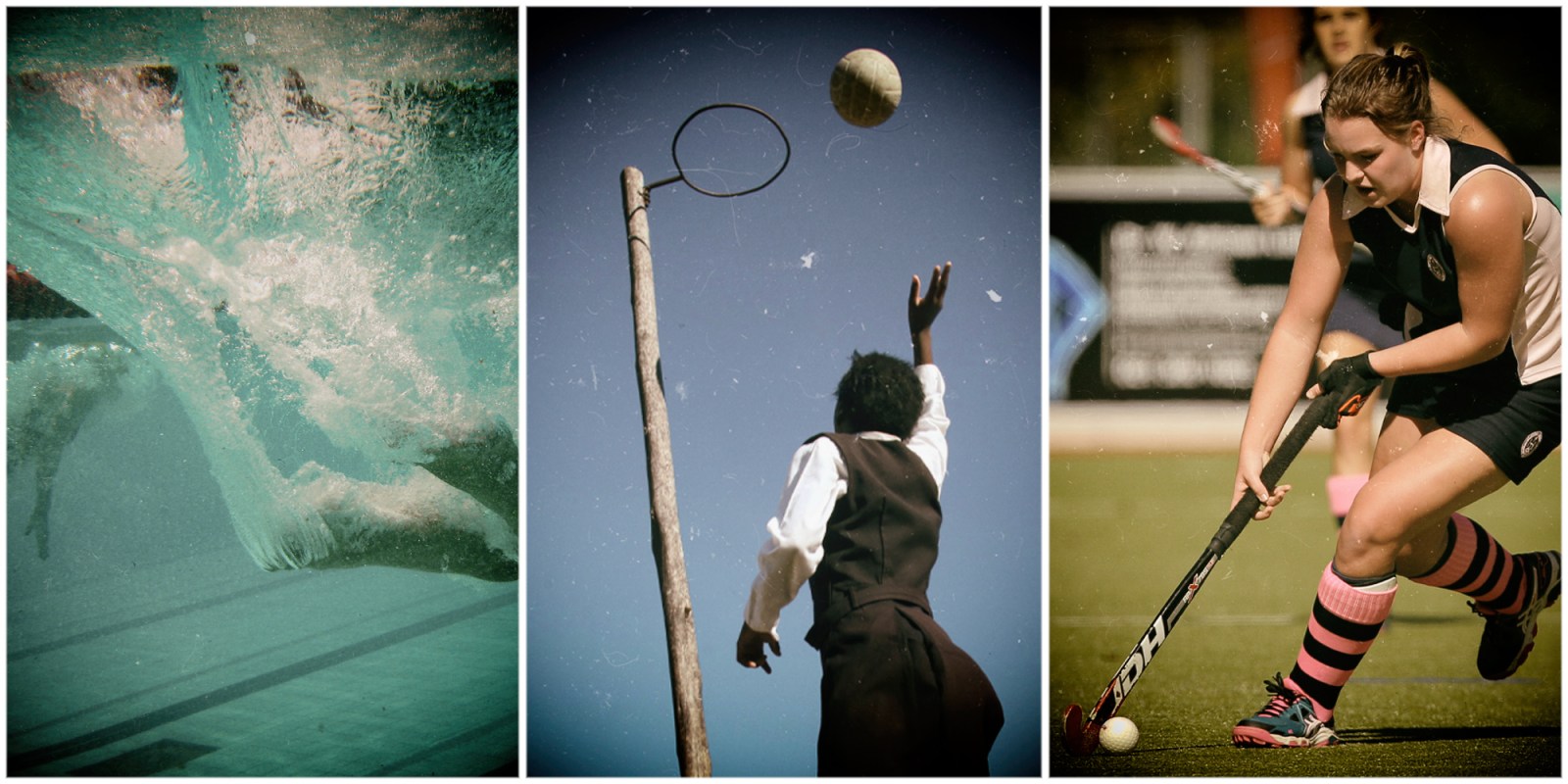 The biggest problem with transformation in South African sport, or rather the lack of it, is found at the roots as opposed to the leaves and branches — the roots being school sport, says the writer. (Photos: EPA / Kim Ludbrook | Shelley Christians | Petri Oeschger / Gallo Images)

The Ministry of Sports, Arts and Culture has recently released the annual Eminent Persons Group (EPG) report on transformation on South African sport. And even though steady progress is being made, there is still much to be done to truly transform sport in the country.

For the longest time, South Africa’s government has sought to eradicate the issue of inequality in sport at national level. This has been done through initiatives such as the introduction of quotas in national teams which are deemed untransformed.

In fact, in 2016 while he was the minister of Sports and Recreation, Fikile Mbalula went as far taking the drastic action of banning the federations of cricket, rugby, athletics and netball from bidding to host any international tournaments after those federations had failed to meet transformation targets as set out by the EPG, which was formed to investigate and redress old apartheid inequalities in sport.

The ban was not in place for long though, and it probably would have done very little to fix the problem to begin with.

This is because the biggest problem with transformation in South African sport, or rather the lack of it, is found at the roots as opposed to the leaves and branches. The roots, in this case, being school sport.

And this issue has once again come to the fore with the 2018/19 EPG report on transformation in South African sport. The recently released report is the seventh edition.

“The schools’ sports system remains a challenge. It is common cause that when the school’s sports system is dysfunctional, young talent cannot be nurtured properly,” Happy Ntshingila, chairperson of the (EPG) Transformation in Sport, said in the report.

The report says black people and women continue to be underrepresented in every sphere of South African sport. The report also states that fewer than 10% of the 25,000 schools in the country participate in sport.

“For South Africa to remain competitive in the global sporting arena, we need to champion the transformation agenda. The ongoing exclusion of people from opportunities for developing their skills and talents to reach their full potential will have unpleasant repercussions for our society at large,” said Minister of Sports, Arts and Culture Nathi Mthethwa.

This lack of access has always largely been attributed to the spatial planning of apartheid, and the fact that only former model C and private schools were equipped with appropriate sports facilities during that period. This is the reality that still faces many schools from underprivileged communities, hence the disproportionate participation in school sports.

“The education system continues to reproduce inequalities through large differences in access to quality education that are linked to location and household income. This impacts school sport in that participation opportunities are greatly reduced, thereby encouraging sport administrators to perpetuate and increase the existing gap between the ‘haves’ and the ‘have nots’ by focusing on the more ‘privileged’ segments of the structure,” says the report.

However, the government is also culpable, especially because federations cannot really facilitate the building of sports infrastructure in schools – that onus is on the government.

Tsepo Mhlongo of the Democratic Alliance (DA) who is also a member of the Department of Sports, Arts and Culture’s parliamentary oversight committee told Daily Maverick that the government, through the EPG, has had eight years to help redress the injustices of the past within South African sport, and failed.

“For 26 years, the government has failed to ensure equitable participation opportunities are in place, due to poor implementation which has led to a lack of development of sports codes in schools, especially in underprivileged and previously disadvantaged communities. We cannot blame apartheid now,” Mhlongo told Daily Maverick.

Even in instances where black people can circumvent these challenges and find themselves in schools that have these facilities, they often face discrimination, as 20-year-old Lindiwe Vuso – a former learner at an Afrikaans and English high school based in Gauteng – told Daily Maverick.

Vuso arrived at the school in Grade 9, and upon her arrival joined the school’s netball team. She’d always loved the sport and had dreams of one day representing her country at the highest level.

“I joined the A team, played a few matches and things were great. But also, when they explained things they’d speak in Afrikaans and I wouldn’t understand. And when I’d ask for a translation in English, they’d say they can’t explain in English,” Vuso stated.

“Not only were the teachers being racist, but team members as well. They’d recruit their athlete friends so we black people could be dropped to the lower teams like C and D. Some people would make it because their parents would put in a word for them as Afrikaans people,” Vuso said.

Vuso says she quit the sport, demoralised and tired of being told she was not as fast or good as her white counterparts.

She is not alone in having faced this conundrum. Another former aspirant netball player, Lungile Miller, told Daily Maverick of how she had been discriminated against countless times, with an incident which happened at provincial level standing out. This was when she was 15 and had made the cut to go to the Gauteng trials for outdoor netball.

“Before I went on court, they announced the team I had to play with. And when they called out all the names, the girls asked me if I can speak Afrikaans, and they asked me in Afrikaans. I could hear a bit, then I just said ‘no, I can’t speak Afrikaans’. And I think they saw this as an opportunity to exclude me from their play,” says the 18-year-old Miller. “So, after I said that, when I went on court, they literally just pretended not to see me on court. Even if I was the last one free, they wouldn’t pass the ball to me because I clearly didn’t meet the requirements, for them, to actually have the ball and be part of the team, because I couldn’t speak Afrikaans.”

However – despite these accounts – according to the report the netball federation, along with the likes of table tennis, football, volleyball, cricket, amateur boxing, softball, athletics and basketball, is one that inspires hope for a change in future.

Headed by a black woman in Cecilia Molokwane, the netball federation achieved 56% of its self-set barometer targets on transformation in 2018/19, which is higher than the 50% required to avoid a penalty imposed by the government.

The report said that, as opposed to the above-mentioned federations, codes such as rowing, bowls, jukskei, gymnastics, baseball, tennis, swimming, hockey and, to a lesser extent, rugby were still not proceeding at a fast enough pace in implementing transformation targets — which might be detrimental for their long-term future in the country.

“Numbers don’t lie, and as you will see in this latest publication, the population numbers tell us that if we do not transform now, some of the white-dominated sporting codes will soon be extinct,” said Ntshingila.

Mhlongo said the DA wanted assurance that the money destined for the improvement of access to sport was used for its intended purpose.

“We want to be sure that no funds were misused, thereby denying our people, especially the poor, an opportunity to benefit from sport participation,” he said. DM