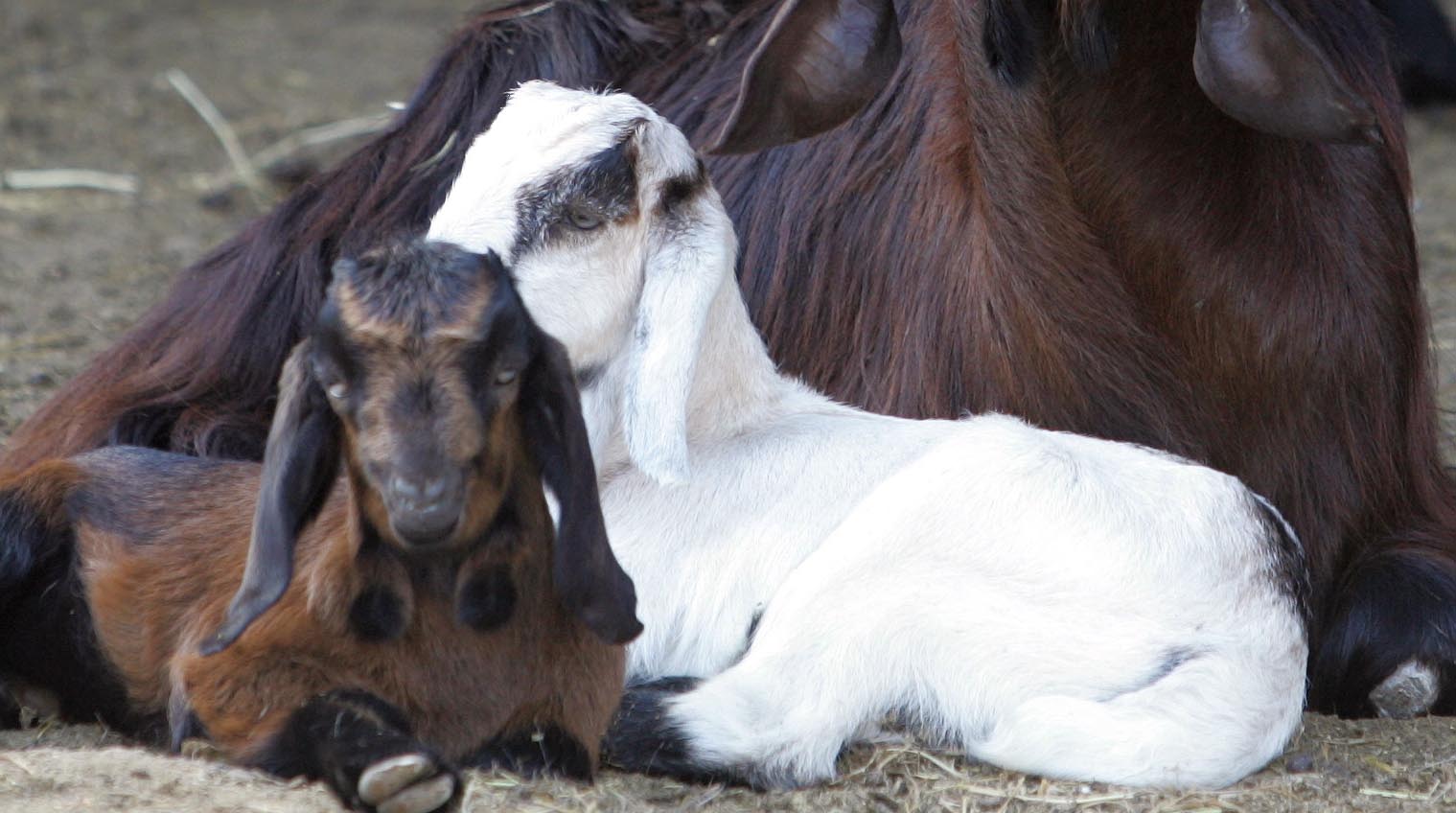 A flock of sheep and young lambs in Larnaca district of Cyprus (Credit: EPA / Katia Christodoulou)

Military exercises at British bases in the Mediterranean are causing miscarriages and deaths among farm animals, generating hundreds of compensation claims each year, and threatening protected environmental sites, Declassified UK can reveal.

Britain’s military is paying compensation on an almost daily basis to farmers in Cyprus whose animals, including unborn goats, are routinely killed by UK troops and aircraft based at the eastern Mediterranean island.

An investigation by Declassified has found that military activity on Cyprus has resulted in 1,764 “animal loss” claims in the last five years from live-firing and low-flying. Fatalities are clustered around a major Royal Air Force (RAF) base at Akrotiri on the island’s southern peninsula.

Paying compensation has become so common that the Ministry of Defence (MOD) has awarded more than £8-million to claimants in Cyprus since 1995, mostly for animal and crop losses.

The MOD paid out nearly three quarters of a million pounds in compensation during the financial year 2018-19. The majority went towards settling 334 “animal loss” claims from farmers.

The UK military has refused to disclose the precise grid references of each claim, and instead provided a list of 39 approximate locations. An official commented: “It is difficult to provide accurate coordinates as the losses often occur on hillsides and valleys and places that cannot easily be accessed.”

More than half of the deaths appear to be close to Paramali river, a wildlife protection zone containing some of what the MOD describes as “Europe’s most valuable and threatened species” such as endangered Falcons, Harriers and Kestrels. It is not known if UK military activity has resulted in deaths of wild animals.

The MOD’s most expensive single payout for farm animal deaths in 2018-19 was £5,031, which also covered the cost of “abortions and associated vet fees” for a farmer whose pregnant goats were killed by low-flying British aircraft.

Internal documents show the MOD knowingly causes the animal deaths, with planes permitted to fly as low as 100 feet above ground level.

An official report written in 2009 said animal loss claims occurred when goats and sheep “abort their unborn kids/lambs if panicked by low-flying helicopters or dry firing/pyrotechnics”.

The MOD reached the same assessment in 2010, when it also identified “troop ground activity” as a cause of death to animals. However, training exercises have continued, with officials commenting that Cyprus was “generally becoming an increasingly claims conscious and litigious society” in respect of animal deaths.

While the MOD also pays compensation to farmers in the UK, the number of incidents is far higher in Cyprus. The MOD reportedly settled 22 claims across the UK from 2014-2018 for animal deaths from aircraft noise, compared to 1,034 in Cyprus.

Britain retained two enclaves known as “sovereign base areas” at Akrotiri and Dhekelia when it granted independence to the rest of Cyprus in 1960.

There are British army firing ranges in the south-eastern corner of the island at Payla, Dhekelia  – near to the famous Ayia Napa resort – where the MOD says troops enjoy “excellent training opportunities” before deploying to conflicts such as Afghanistan.

The UK military has even created a “mock Afghan village” in Cyprus for training scenarios that Captain Jim Mansell from British Forces Cyprus has said are “as authentic as we can make them – more so when we bring in helicopters as well”.

During live-firing exercises, local farmers are not allowed to water or harvest items such as oranges, peaches, figs, and cucumbers, leading to “crop loss” claims for “poor yield or overripe items unable to be sold at market”, according to an MOD compensation report.

Akrotiri is used by the RAF for Operation Shader, which has seen more than 4,409 bombs dropped on Islamic State militants in Iraq and Syria, with just one officially acknowledged civilian casualty.

Akrotiri’s runway was recently resurfaced and widened at a cost of £46-million. The airfield is in close proximity to privately-owned estates inside the Sovereign Base Area, a zone which one RAF veteran told Declassified contains some of Cyprus’ best farmland.

The MOD trains on some private land within its base areas and planned in 2013 to increase such training, despite knowing it was “likely to lead to an increase in the number of… claims”.

Documents also show the British military is aware of a “significant risk that training will extend into areas with large farms which will inevitably see more expensive claims being presented.”

In an attempt to reduce environmental damage and maintain “good relations” with the local community, British troops conduct reconnaissance before live-firing exercises and are briefed to avoid areas with “animal grazing or crop growing”.

However, these measures do not stop a large number of animal deaths from occurring, and farmers are able to apply for compensation at an Area Claims Office in Episkopi Garrison in Cyprus.

The MOD operates a similar compensation scheme at some of its other overseas military bases, such as in Germany, but not in all of its international locations – an inconsistency the MOD did not explain when asked by Declassified.

For example, there are no permanent compensation offices at the British army bases in Kenya and Belize, despite evidence that UK troops have killed at least one farmer in Belize and killed or maimed hundreds of farmers in Kenya due to ordnance left behind after exercises.

Declassified recently revealed that the British army has access to one-sixth of Belize’s total landmass for military training exercises, which include “machine-gunning from helicopters flying at between 100-200ft” and live firing in a protected forest where endangered species live. It is not known how many animals have died in Belize from these activities.

The British military’s footprint in Cyprus, as in Belize, overlaps with important ecological sites. Akrotiri peninsula contains 26 “protected habitats” and the Limassol Salt Lake, which is officially designated as a “wetland of international importance”.

Despite this, a large section of the lake is also designated by the UK armed forces as a “military training area”.

During the winter months, as many as 15,000 Greater Flamingos transiting between Europe and Africa stop over at the lake, which is less than one kilometre from the busy RAF runway that operates powerful Typhoon and F-35 jet fighters.

Although RAF Akrotiri displays a flamingo as its station badge, there are indications that the relationship between the air force and the wild birds is not positive.

An environmental management plan drawn up by the UK authorities in 2012 noted that the flamingo species “requires large undisturbed expanses” and is “highly intolerant of human disturbance (including low-flying aircrafts)”.

Martin Hellicar, director of BirdLife Cyprus, told Declassified: “Disturbance to wildlife is a major issue within the Akrotiri wetlands complex, which is the most important area for birds in Cyprus.

“While we have no specific data on impacts of low-flying aircraft, it is an additional disturbance threat to key habitats already threatened by disturbance from visitors, vehicles and activities such as go-karting and night parties, often unlicenced.”

Hellicar is particularly concerned by proposals from the Cypriot and British authorities for civilian construction projects on the Akrotiri peninsula, which he says are “fast encroaching on the wetlands”.

“If this key wetland and its amazing wildlife is to be saved, risks from disturbance and development must be properly managed in the context of the site’s status as the equivalent of an EU Natura 2000 site,” he added.

The European Commission describes Natura 2000 as the largest coordinated network of protected areas in the world, offering “a haven to Europe’s most valuable and threatened species and habitats”.

Concerns over the environmental impact of Britain’s bases have previously caused tensions with local Cypriots. A proposal in 2001 to build a 190-metre antennae site, known as Pluto II, on the western edge of Limassol Salt Lake, sparked riots outside RAF Akrotiri.

Local people expressed concerns about radiation from the Pluto II masts and insufficient compensation for the loss of fertile farmland. BirdLife Cyprus complained to the Council of Europe, citing the “bird strike risk posed by the antenna installations”.

Environmental impact assessments by the Ministry of Defence claimed there would be no health risks posed by Pluto II, and the department helped to establish the Akrotiri Environmental Education Centre between the runway and the lake to promote ecological awareness.

More recent environmental concerns have focused on illegal trapping of songbirds by Cypriot hunters in the base areas, leading to arrests by the British authorities.

An MOD spokesman told Declassified: “British Forces Cyprus has a proud environmental record which includes protecting thousands of wild flamingos, sea turtles, the only remaining Eleonora’s falcons on the island, and preventing illegal bird trapping. The Sovereign Base Area Police has made a significant difference, reducing songbird deaths by over 700,000 since 2016.”

He added: “All military training and activity in the SBAs takes place under strict conditions with precautions taken to minimise risks. Where livestock is unfortunately affected, arrangements exist to fully compensate farmers.”

In addition to antennae at Pluto II, the MOD and Britain’s intelligence agency GCHQ operate at least four other signals intelligence sites on Cyprus, which are part-funded by the US National Security Agency.

There is a Joint Signals Support Unit at Ayios Nikolaos inside the Dhekelia Sovereign Base Area and an unmanned GCHQ station at the tip of the Akrotiri peninsula at Cape Gata.

The UK “retained” 40 sites inside the Republic of Cyprus at independence and continues to use several of them, including two intelligence facilities run by the RAF and GCHQ in the Troodos Mountains.

Half a dozen other areas on Cyprus were also reserved in 1960 for training, including the Akamas bombing range on the north-west coast.

Following protests, Akamas was last used by the UK military in 1999 when it was converted into a “country park”. However, Britain remained responsible for monitoring unexploded ordnance in Akamas as recently as 2009.

In 2017, Cyprus had to pay Britain €8.6-million to buy back an area of land at Zygi, on the island’s southern coast, that the UK had “retained” at independence and used as a site for the BBC World Service. DM

Phil Miller is a staff reporter for Declassified UK, an investigative journalism organisation that covers Britain’s real role in the world. Follow us on Twitter, Facebook, Instagram, YouTube or Telegram. You can donate to Declassified UK here. Special thanks to Emmy Butlin for her mapping assistance.