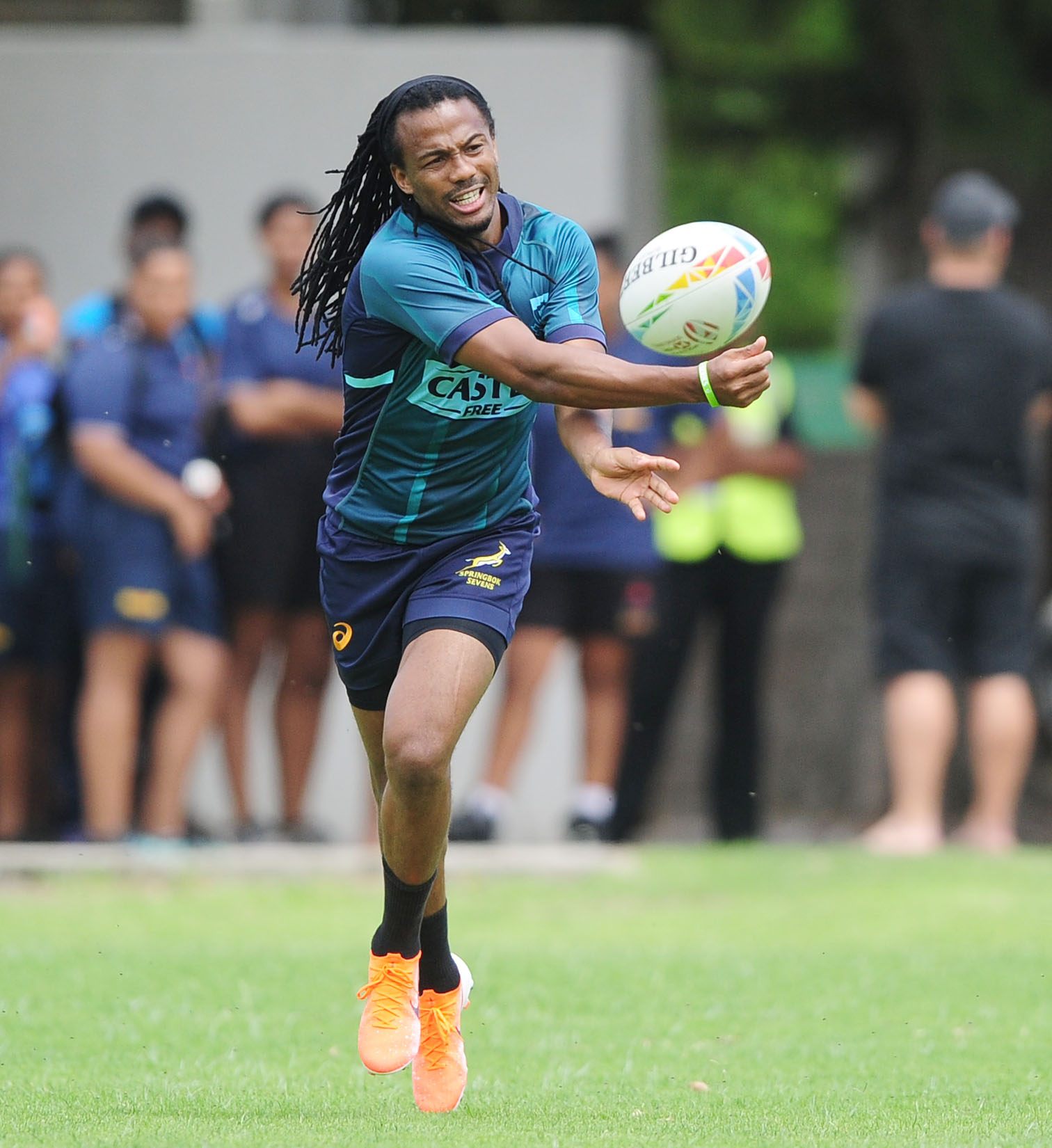 Cecil Afrika, South Africa’s most decorated sevens player of all time, is a high-profile victim of the Covid-19 pandemic, which has all but ended his illustrious career and denied him an appropriate swansong.

Professional sport is brutal at the best of times. Career-ending injury is always one misstep, one lapse of concentration or piece of rotten luck, away. Athletes, though, prepare themselves mentally for these challenges as they’re something they can comprehend. They are part of the world they operate in – an occupational hazard.

Dealing with the end of a career because of a once-in-a-century pandemic is a little trickier. But for Blitzbok stalwart Afrika – statistically South Africa’s most successful sevens player – there is an air of acceptance about the way his last realistic shot at an Olympic gold medal has been taken away.

The 2020 Tokyo Olympics have been postponed to 2021 and Afrika will be one year older. That doesn’t matter so much when a player is in his 20s, but when he is in his 30s, a year can make a massive difference. Especially in a dynamic and explosive sport such as sevens rugby. Afrika will be 33 when the Olympics kick off next year and, with a legion of young sevens stars in the Blitzbok programme, coach Neil Powell cannot guarantee his place.

This week Afrika announced he was retiring – sort of. His contract with SA Rugby, which had been extended by a year in 2019 after an injury-ravaged season, expires on 31 July 2020 and will not be renewed again. But he intends to play fifteens as a hired gun for any province that will take him in the coming months. He is unlikely to have much problem finding work.

“I’m only 21,” Afrika told Daily Maverick with a laugh when asked if he felt he would be too old for a tilt at the Olympics in 2021. “I’m going to see if I can play fifteens for a union. I still feel I have two to three years left, and if I can stay fit and active playing the longer version of the game, and the Blitzboks feel they need me, I’ll be ready.

“As management has mentioned, the possibility remains to play in the 2021 Olympics if it presents itself.”

The impact of Covid-19 means that the four remaining tournaments of the current HSBC World Sevens Series are unlikely to be completed while the Olympics have gone. Afrika won’t have the chance to leave the sevens circuit, which he has graced for 12 years, on his own terms.

“I was going to end my sevens career after this season, but then the pandemic happened and well…” Afrika said, his voice trailing off.

“The decision was made not to renew my contract because of the uncertainty over Covid-19 and the fact that there is probably no sevens rugby to play this year. It is disappointing, but it’s also the start of a new chapter for me.”

Afrika, who made his debut in Dubai in 2009, played in his final and 66th tournament for his country in Vancouver in March this year. He was part of two World Series-winning Blitzbok squads (2017 and 2018), as well as the South African team that won Commonwealth Games gold (2014) and Olympic bronze (2016) medals.

Powell said that he and Afrika agreed a year ago that 2020 would be his swansong: “We extended his contract last year in order for him to have a shot at making the Olympic squad, but with that being postponed to next year, that option cruelly fell away and is not available any more,” Powell confirmed.

“We have proper post-career guidance in place for all in the squad, and I know Cecil is already dipping into the business world, where he will be successful, no doubt.

“It is one of those inevitable things in professional sport, but even so, it remains a sad day to say goodbye to Cecil when his contract expires,” said Powell.

“He has been one of the greats in the game… his achievements speak for itself and he inspired many to enjoy the game of sevens.

“I played with Cecil when he made his debut in 2009 and,, in the last couple of years had the privilege of coaching him as well. He was a truly gifted player who came back from some serious injuries more than once to achieve amazing feats as a player and squad member.

“We will say goodbye to him in a more formal way later in the year, but for now the Springbok Sevens management would like to thank him for his contributions over the many years he has been with the Blitzboks.

“Cecil has set very high standards for those to follow and there is no doubt that he will leave the jersey in a better place, something every international rugby player strives for.”

In addition to playing rugby, Afrika will work on his other passions – coaching and coffee. “I believe I can definitely add value from my experience, not only as a player on the field, but also on the other side of the white lines,” he said. “I have a great passion for contributing to the components related to the game in other , such as analysis and coaching.

“I’m also going to focus on my coffee brand ‘Eighteen’, which I do with former Blitzboks Kyle Brown and Philip Snyman,” Afrika said. “It’s called Eighteen because it’s the total of our three playing numbers – Philip was 2, Kyle wore 6 and I wore 10.

“We have a roastery in Montague Gardens in Cape Town and buy beans from around Africa and South America. The beans from Africa have more chocolate characteristics while South American beans tend to be more fruity.

“I am excited for the next chapter, for all the ways in which I am aware of and also for the opportunities that have yet to unfold both in and outside rugby.” DM