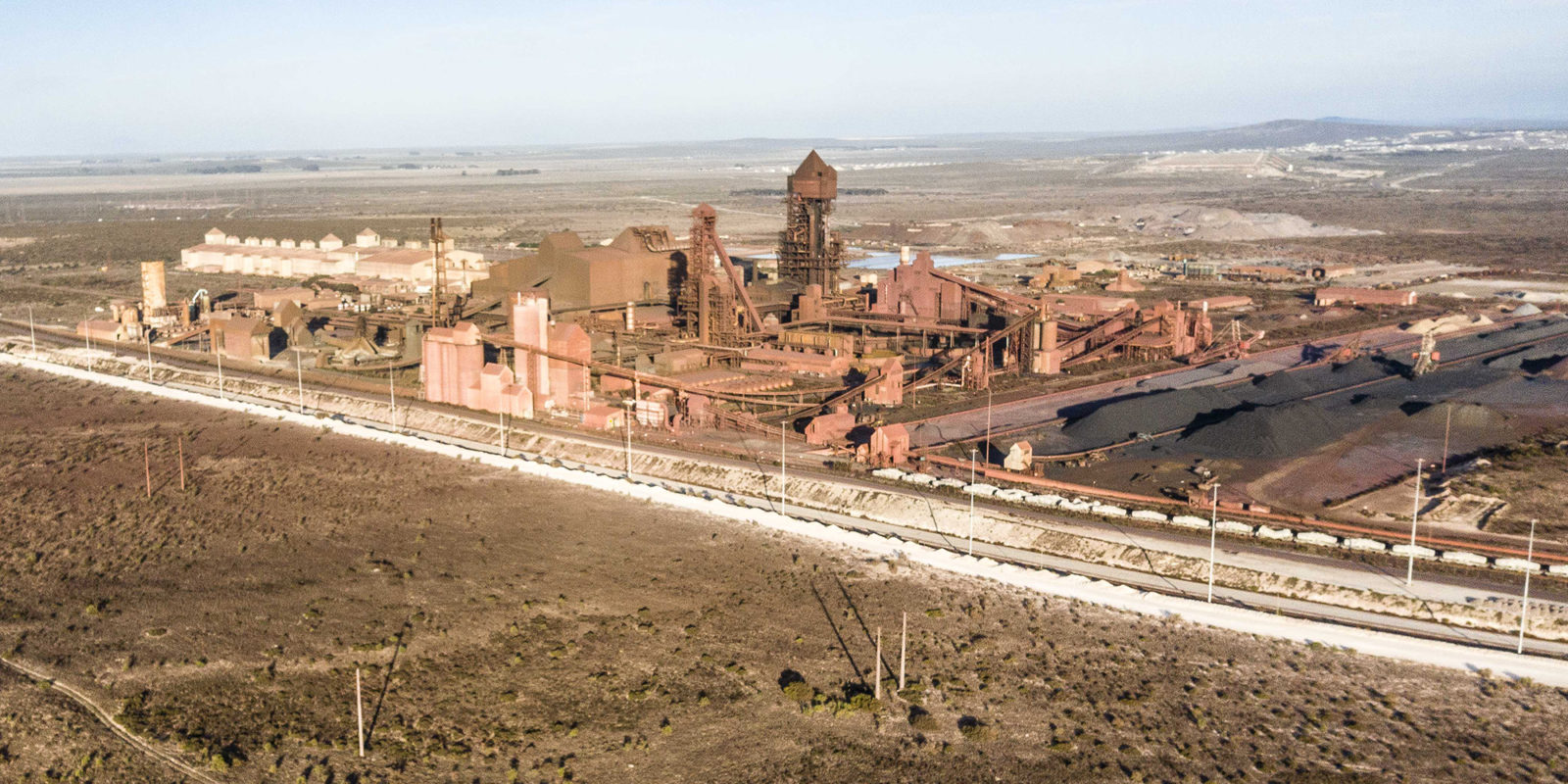 The proposed Boulders wind farm will blight one of the most spectacular parts of the West Coast, so why not move it to a site that is already environmentally compromised and degraded – like ArcelorMittal’s now mothballed Saldanha Steel plant?

The out-of-the-box suggestion to move a proposed wind project to a shut-down steel plant in Saldanha Bay comes from acclaimed wildlife photographer and environmental author, Peter Pickford, on behalf of more than 1,200 members of three property-owning associations objecting to the massive Boulders wind farm project on the West Coast peninsula between Paternoster, St Helena Bay and Vredenburg.

It’s an idea that hasn’t been ruled out by ArcelorMittal. Responding to a request for comment, ArcelorMittal South Africa’s group manager: stakeholder management and communication, Tami Didiza, said the company was currently investigating various options to repurpose those parts of the Saldanha site not occupied by the closed steel plant, that might offer employment opportunities for the local community.

“These include a logistical hub, renewable energy projects and water treatment projects for local municipalities,” he said.

Pickford, who lives in Paternoster, filed an appeal against the government’s environmental authorisation in January of the proposed 140-megawatt Boulders wind project that will consist of 45 turbines standing 165 metres high.

The deadline for appeals was in mid-February, and Pickford posted a comprehensive appeal ahead of that cut-off. But he has now asked the Department of Environment, Forestry and Fisheries (DEFF) to allow him to supplement his appeal with this “urgent” new alternative.

Saldanha Steel is a local steel company originally formed as a partnership between Iscor Limited and the Industrial Development Corporation (IDC) and was later acquired by global steel giant ArcelorMittal. The R6,8-billion mill, commissioned in 1998, was designed to produce 1.25 million tons of hot-rolled carbon steel coil a year, but in November 2019 the company announced it would be halting production and reducing operations to a state of care and maintenance.

Some 900 workers at the steel plant were retrenched, with just 13 now remaining on site.

Nobulumko Nkondlo, ANC shadow MEC for Finance and Economic Opportunities in the Western Cape suggested that total job losses from mothballing the steel plant could be as high as 2,000, because of the impact of the closure on supplier companies as well.

Pickford told DEFF that in late April he had become aware of a statement by new Eskom chief executive Andre De Ruyter. This was to the effect that Eskom had prioritised using existing sites of energy production that had fallen into disuse, such as old coal mines, for the development of new alternative energy facilities harnessing wind, gas or solar energy.

“This is a positive and considered step towards rational and minimal impact development of energy facilities into the future,” Pickford said. “To follow this precedent into the potential use of any abandoned industrial site for alternative energy development follows not only logically, but also as a great step toward minimal ecological, environmental and social consequence in the development of any energy resource.

“It is with this in mind that the alternative site proposals contained in our appeal have now been furthered to encompass the ArcelorMittal (Saldanha Steel) industrial complex in Saldanha Bay which has this year been shut down.”

While acknowledging that the suitability of the Saldanha Steel site as a wind farm would still require “thorough investigation”, Pickford told DEFF there were many aspects that made it both viable and attractive.

The site fitted “exactly” with Eskom’s proposal, and had “numerous” other positive aspects, he argued. These included the fact that Saldanha Steel was in the heart of the established Saldanha Bay Industrial Development Zone, it had a 132KV power line running directly to it, and it was totally surrounded by vacant land already declared as an industrial development zone.

Also, the Saldanha Steel site was only 14,5 kilometres from the current site proposed for the wind farm, Pickford said. “It can, therefore, be reasonably assumed that the wind regime will be the same, and therefore sufficient to warrant the establishment of a wind energy facility.”

The steel plant site was already “chronically environmentally degraded” because of emissions and massive dust accumulation, and the site was already marked by buildings and industrial installations as tall as the wind turbines planned for the Boulders wind farm.

“The visual impact of the site has already been compromised by industrial development,” Pickford said.

Other positive aspects of moving Boulders to the steel mill site included potential opportunities for many of the workers who had lost their jobs because of the plant’s closure, and because there would be little impact on any tourism potential, he added.

“[This] site will leave the integrity of the outstanding natural beauty of the West Coast peninsula intact, and will not in any way compromise the outlook of the scenic tourist towns of Paternoster, Britannica Heights, St Helena Bay, Britannia Bay, Stompneus Bay, Jacobs Bay, Strandfontein and Shelley Point.”

Didiza said that the company has stated on numerous occasions that all serious and variable commercial opportunities for the future of the Saldanha plant would be considered – especially in support of job creation in the region.

“However, the offers that were received from interested parties to date do not justify a sale. Also, ArcelorMittal South Africa has said that should market and operational conditions change, a restart of its West Coast plant could be considered,” he said.

However, he also confirmed that the company was currently investigating other options for the site, including renewable energy projects, and that it would consider proposals that could generate revenue to cover the costs of keeping the plant in care and maintenance.

In terms of national environmental impact assessment (EIA) regulations, an assessment of a proposed development like a wind farm must include “reasonable and feasible” alternatives, including an alternative property or location from where it is proposed to undertake the activity.

According to the EIA report for Boulders, four different sites in the West Coast peninsula area were investigated, and suitable wind speeds were recorded at all four sites. However, these did not include the Saldanha Steel site, which was still operational at the time.

“After considering all these criteria, the current proposed site proved to be the most feasible site for the development of a wind farm,” the EIA report states.

Jonathan Visser, consultant permitting project manager for the wind farm developer, Vredenburg Wind Farm (Pty) Ltd, said the Boulders project was still in the process of a formal EIA assessment and appeal. “As such, I can confirm that the shareholders have no comment or response to Mr Pickford’s proposal at this time.”

DEFF has not responded to a request for comment. DM

FOR THE RECORD:
Saldanha Bay Industrial Development Zone communications associate Senzwa Gum has pointed out that ArcelorMittal’s steel plant is not located within the current 365-hectare designation of the IDZ, nor is it surrounded by this zone.

Before the flood: What’s really going on at the River Club, and why it’s in the wrong place

New waste regulations a welcome step towards a circular economy, but they come with a conundrum